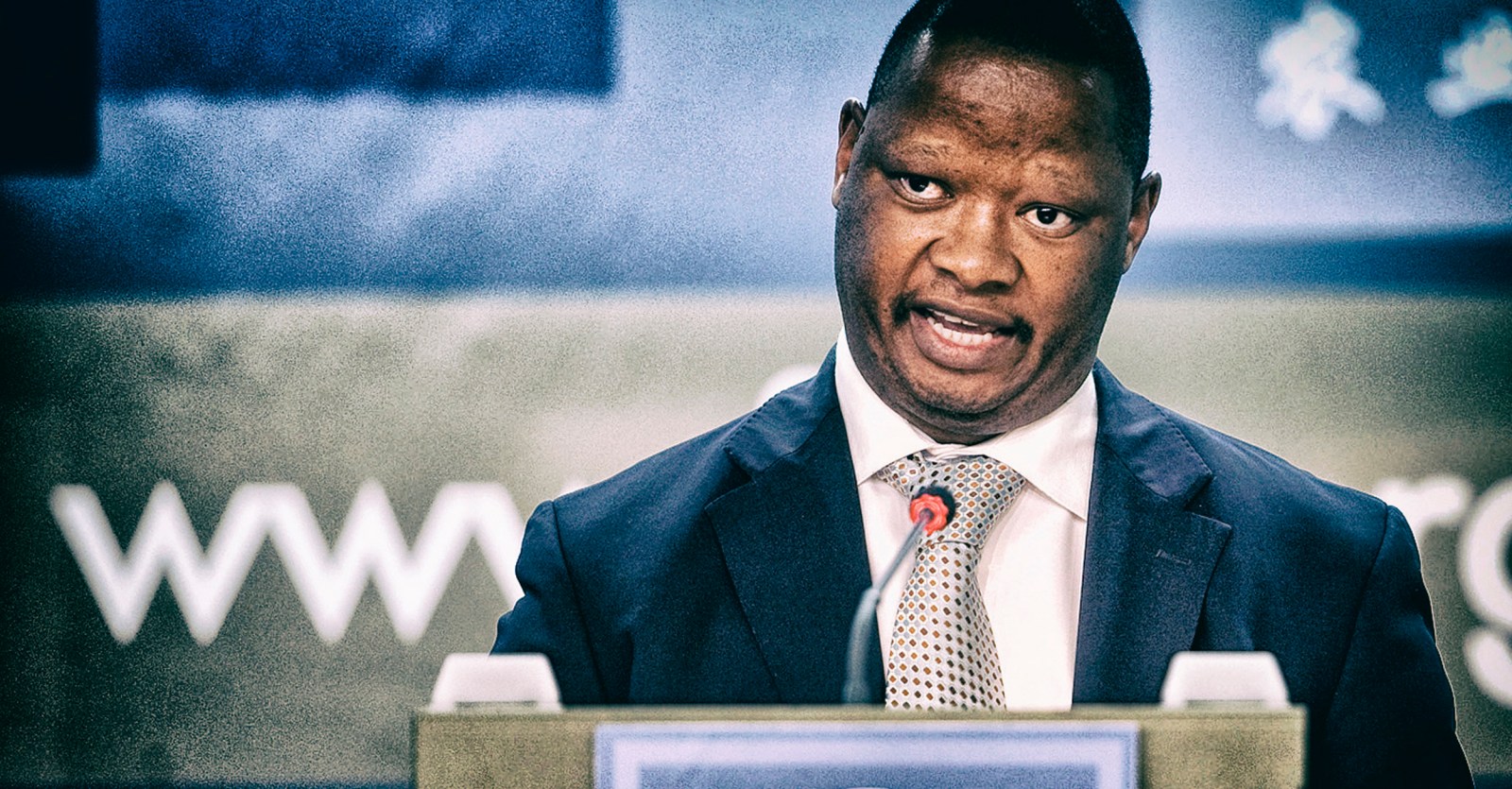 Disgraced Secretary to Parliament, Gengezi Mgidlana, who has spent more than a year suspended while Parliament investigates various charges against him of mismanagement and abuse of power, and who is currently the subject of a protracted disciplinary hearing, has declared himself “aggrieved” because the EFF’s Floyd Shivambu once called him “corrupt”.

NOTE: Daily Maverick has apologised to both the suspended secretary to parliament, Gengezi Mgidlana, and to Parliament, following complaints they lodged with the Press Ombud about this article. Please see the apology here:

Apology to Secretary of Parliament Gengezi Mgidlana and to Parliament

Gengezi Mgidlana is the man who, among other dodgy practices, spent R4-million of taxpayers’ money in two-and-a-half years for travel for his wife and himself, awarded himself an ex-gratia payment of more than R71,000 that he was not entitled to, gave himself a R30,503 study bursary just months into the job while denying bursaries to most other staff, and various other dodgy behaviours such as the illegal use of blue light security cars, including to get his kids to school.

In the latest twist, Mgidlana has earned an annual performance bonus worth R56,000. This is for the little more than two months he spent at work during the 2017/18 financial year, while he was on suspension for abuse of power and serious misconduct. How does anyone earn a performance bonus under such conditions?

He requested and was granted special leave in mid-2017 when the reports of his serious misconduct started to emerge, and was suspended by Parliament in November when Parliament’s own inquiry exposed more dubious details.

This bonus increased his annual salary package for 2018 to a total of R2.889-million a year, which he continues to receive and has done so throughout his absence. Mgidlana might not think he should have been labelled as corrupt, but clearly somewhere, somehow there is corruption afoot.

He earns slightly more than the National Assembly Speaker Baleka Mbete and National Council of Provinces Chairperson Thandi Modise, who together are known as the Executive Authority and who hold the highest positions in Parliament. While at the time there may be questions about what they have done to earn this kind of salary while Parliament, and the rest of South Africa, is in a tight financial squeeze, but there is no doubt about the suspended Secretary to Parliament. For a year and a half Mgidlana has done absolutely nothing at all. Fellow taxpayers, that comes from our earnings.

Parliament has not been able to explain why he received a bonus. In fact, despite belt-tightening and job cuts at Parliament, it has not offered an explanation for performance bonuses of R31,000-38,000 awarded to a handful of other senior managers. These are not just cost of living allowances to keep up with inflation, like the rest of the staff has to do.

Gengezi raised his objection to Shivambu’s comment in a letter, signed by Mgidlana as Secretary to Parliament and dated 29 November 2018 (almost a year to the day that he was suspended) was it was published in Parliament’s regular “Announcements, Tablings and Committee Report” of Wednesday 5 December 2018. It refers to a parliamentary session held on 30 May 2017 on Parliament’s annual Budget Vote debate. Shivambu, exercising the parliamentary privilege, made the following statement: “The Economic Freedom Fighters is the only party that did not vote for Mgidlana to be the Secretary to Parliament. We have known all along that he was corrupt.”

In his letter sent six months later, Mgidlana claims that the statement “impugns my good name, character, dignity and standing in the eyes of South Africans and professionals who have access to the podcast of Parliament and DSTV in our African continent and the world at large”.

His letter goes to some length to describe how the allegation of corruption made against him “was not supported by any fact decided by any court, tribunal or appropriate structure duly mandated by an Act of Parliament to make such a pronouncement… Furthermore, it was made outside processes meant to hold me constitutionally accountable in my capacity as the Accounting Officer of Parliament”.

“In this respect, the National Assembly Rule 88 provides that:

No member may reflect upon the competence or integrity of a judge of a superior court, the holder of public office in a state institution supporting constitutional democracy referred to in section 194 of the Constitution, or any other holder of an office (other than a member of the government) whose removal from such office is dependent upon a decision of the House, except upon a separate substantive motion in the House presenting clearly formulated and properly substantiated charges which, if true, would in the opinion of the Speaker, prima facie, warrant(ed) such a decision.

“I submit that I am a holder of an office whose removal from such an office is dependent upon a decision of both Houses of Parliament. Thus, any Member of Parliament wishing to reflect upon, at least, my integrity must do so by way of a separate motion in the House presenting clearly formulated and properly substantiated charges. Hon Shivambu has not done the substantive motion and therefore violated the said provisions of rule 88 of the National Assembly Rules and section 13 (c) and (d) of the Powers Privileges and Immunities Act. I wish to place on record that the unfounded statement made by Mr Shivambu aggrieves me and impugns on my integrity and dignity.”

The letter opens with an announcement that it was written in response to Section 25 of the Powers, Privileges and Immunities of Parliament and Provincial Legislatures Act, 2004 (Act No 4 of 2004). DM