As its ratings fall precipitously, the EFF goes post-truth on the opinion polls 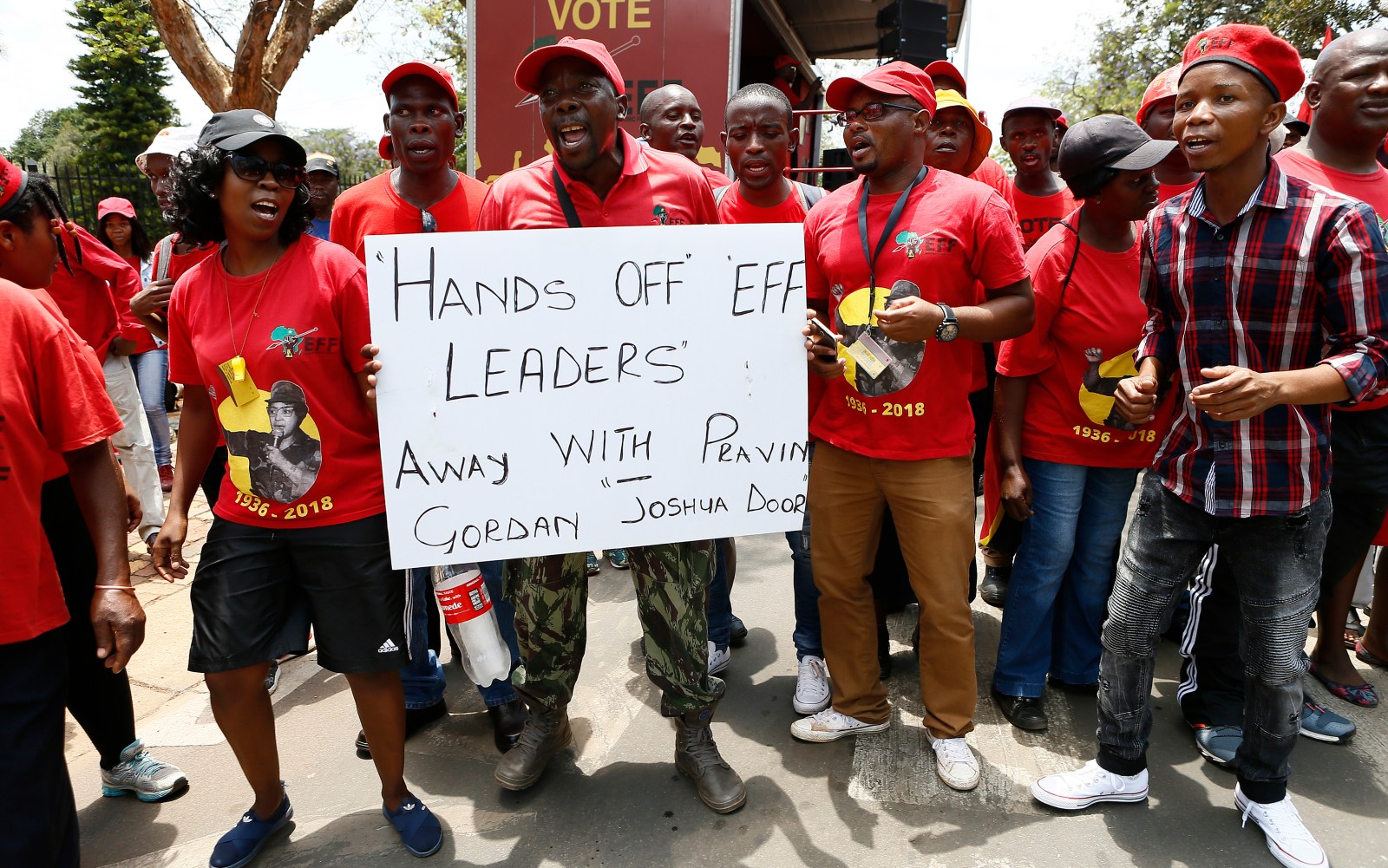 This is part of a series by Daily Maverick exploring how the start-up party which had such potential has become a fact-totem of the post-truth era and the lead manufacturer of disinformation in South Africa.

EFF leaders have this week poured cold water on an opinion poll which shows that its national support would be 11% if an election were held at the time of the poll, claiming that they will emerge as victors in the 2019 national and provincial elections.

On national television and on powerful social media platforms, the party, through its president Julius Malema and its deputy president Floyd Shivambu, maintains a post-truth position that it will win the election, despite all evidence to the contrary. The concept of post-truth defines a political position that moves on emotion and lies, and in the face of data and truth.

The EFF projects governing power through its strategic brilliance on social media where its support runs into followings and clicks of millions. In addition, because the party leader and his followers all call Julius Malema commander-in-chief, he is often given (and cultivates) the status of a governing leader rather than an opposition party president. Also, the party has cultivated a position for itself as the power behind the throne and it has repeatedly said that it is responsible for radical policies on free funding of higher education and land expropriation without compensation.

The truth of the EFF’s real power, according to the polls, is very different.

In fact, the numbers show the party’s national support may be even lower than the Institute of Race Relations poll out this week suggests.

According to the last poll by Ipsos, the EFF would achieve 7% of the vote in its fieldwork done between April and June 2018. In a series of Ipsos polls, the party has not emerged into double-digit support and the Ipsos sample is four times that of the IRR.

“The party (the EFF) gets a lot more media support because they are intelligent in their media strategy. Whatever they say gets to the news media. If you ask people, they say they are interested in what the EFF says, but they will not necessarily support the EFF.

“South Africans do not like how they (the EFF) behave in Parliament; this was quite a broad spectrum view (and) especially among women. If you look at EFF support, it’s 77% male. Women are not pro the way they operate.

“Women are not more conservative in their political choices. They are worried about their future and want a better life for their children. On the EFF, they are not really sure who the other leaders are. It’s (the party’s) perhaps too much of a cult thing,” says Ipsos pollster Mari Harris.

This week, Shivambu went wrecking ball on the latest poll out by the Institute for Race Relations’ (IRR) December “snap poll” which found that its support and its favourability had declined since the poll was carried out in September 2018. Shivambu questioned the sample size of 1,000 respondents, but the IRR says that it has a confidence factor of 95%.

The IRR has found that support for the ANC is up while both the DA and the EFF are struggling.

“The South African economy has since slipped into a technical recession, Patricia de Lille parted ways in an acrimonious fashion with the DA and established a new party, the EFF has been caught up in a range of controversial funding allegations involving the now liquidated VBS Mutual Bank and, in the background, the Zondo Commission of Inquiry into State Capture has produced a steady stream of disturbing revelations,” notes the IRR, to explain why the two opposition parties who are in second and third positions to the governing ANC seem to be on the slips.

The IRR analysis, however, also notes that the feed-through to poll outcomes from scandals and controversy may take longer to filter into voting intentions of the sample pool.

While the EFF slipped two percentage points in the IRR poll of national voting intentions, it has fallen even faster in the measure of favourability. This is an important measurement because it can predict support along with a longer trend line than a snapshot poll of voting intentions.

“The EFF’s favourability declined significantly, by seven percentage points from September, with 21% of voters somewhat or very favourable towards the party compared to 28% previously. Its unfavourability increased fractionally, with the number of voters somewhat or very unfavourable towards the party up from 51% in September to 52%.

In Gauteng, which is a heartland province for EFF support, its potential support in an election declined by five percentage points from 17% to 12%, according to the IRR. It’s worth noting that the party’s race-baiting campaigns have worked: its support among white, coloured and Indians is “statistically insignificant” according to the IRR poll.

“We do a ballot paper and people fill in the political party,” explains Harris.

In telephone polls, you can’t show people things, which are important in a country with still quite high illiteracy levels.

Harris says the EFF does better in the IRR poll than it fares in the Ipsos poll because its supporters have a higher income than ANC voters which means they are more likely to be metropolitan dwellers with mobile phones.

“The IRR poll is, I believe, likely to be under-polling the ANC and over-estimating DA and EFF support,” said Harris after the release of the IRR’s first poll in September.

Ipsos notes that “… these figures are not a prediction for the national election in 2019, as it is still a considerable time before the election and many events that will sway voting behaviour are bound to happen. Also, these figures include a projection of the choices of all South Africans of voting age. In an election, only registered voters participate and then not all of them go to the polls on election day”. DM

A researcher for the writer has tried to get information on the election from the EFF on numerous occasions, but it has not been forthcoming.