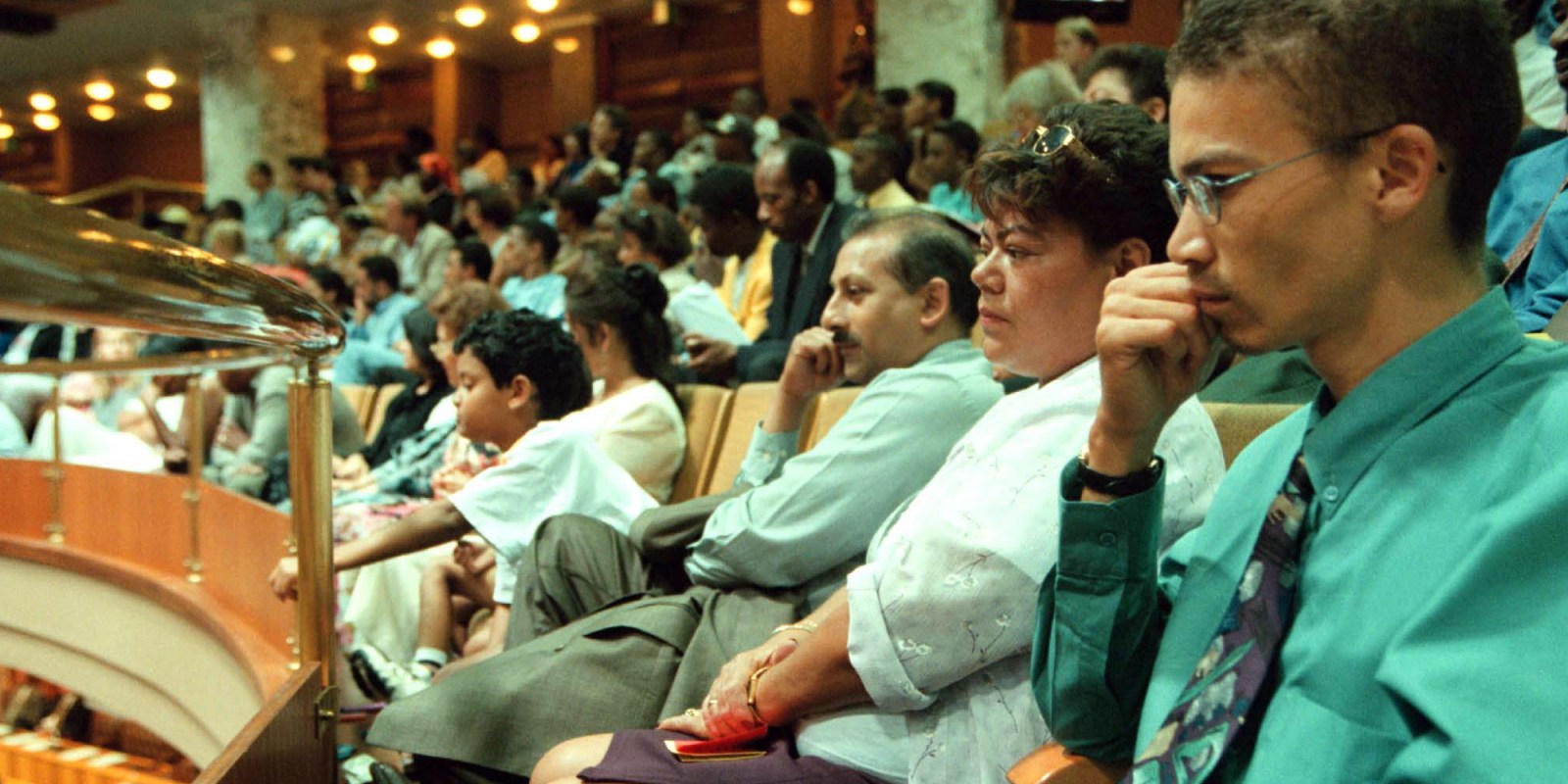 TRC hearings held between 1996 and 2001 in South Africa. Members of the public sitting on the balcony during the Truth and Reconcilliation Commission court hearing. Die Burger/Ebrahim Pregnalato/Gallo

South Africa is not alone in its struggles to come to terms with its past. Around the world, descendants of historic trauma, from slavery to colonialism, genocide – and apartheid – are rejecting societal status quos inherited from their ancestors and demanding acknowledgment and the righting of wrongs.

Among the keynote speakers at a conference hosted by Stellenbosch University last week titled, Recognition, Reparation, Reconciliation – The Light and Shadow of Historical Trauma, was Dr Michael Rothberg, an expert in Holocaust studies and literature based at the University of California, Los Angeles.

Rothberg’s lecture, The Implicated Subject: Rethinking Political Responsibility, raised uncomfortable realities about responsibility and redress that many South Africans in the democratic era have sought to tiptoe around.

To begin with, he said, although no forms of restitution were commensurate with the brute facts of injury, death and dispossession, and that questions of responsibility tended to grow more tenuous and tangled over time, “redress remains imperative in cases where ‘irrevocable’ traumatic pasts continue to echo in, imprint, and interrupt the present”.

“To the extent that a negotiated form of restitution is not achieved, an injustice persists across time, even across generations,” he said.

But if there was to be redress for violent histories and actualities, he argued, framing the transaction as one between victims and perpetrators was subjective and simplistic.

“The scope of restitution cases for collective historical injustice necessarily transgresses the limits of such simplified identity categories and comes to include subjects who are neither victims nor perpetrators, but are still somehow caught up in the events at stake.”

These are the people Rothberg refers to as “implicated subjects” in his forthcoming book, The Implicated Subject: Beyond Victims and Perpetrators.

“My book emerges from a belief that our accounts of power, privilege, trauma, and violence suffer from an underdeveloped vocabulary. In particular, we lack adequate concepts for describing the indirect, structural, and historical forms of responsibility that enable and perpetuate injury, exploitation, and domination but that frequently remain in the shadows. As a contribution to such an understanding, I offer the category of the ‘implicated subject’ and the related notion of ‘implication’.”

Defining the term, he said: “Implicated subjects occupy positions aligned with power and privilege without being themselves direct agents of harm; they contribute to, inhabit, inherit, or benefit from regimes of domination but do not originate or control such regimes. An implicated subject is neither a victim nor a perpetrator, but rather a participant in a social formation in which the positions of victim and perpetrator are possible — even likely — and, yet, in which most people do not occupy such clear-cut roles. Less ‘actively’ involved than perpetrators, implicated subjects do not fit the mold of the ‘passive’ bystander, either. Although indirect or belated, their actions and inactions help produce and reproduce the positions of victims and perpetrators. In other words, implicated subjects help propagate the legacies of historical violence and prop up the structures of inequality that mark the present.

“An approach based on implication and implicated subjects can help illuminate a wide range of social and political struggles. For example, the workings of contemporary capitalism at a global scale depends on relations of exploitation that systematically produce inequality as well as psychic and physical harm. Privileged consumers in the Global North are not, however, best described as ‘perpetrators’ of exploitation, but rather as implicated subjects, participants in and beneficiaries of a system that generates dispersed and unequal experiences of trauma and well-being simultaneously.”

Similarly, most citizens of the Global North were not exactly perpetrators of climate change, but certainly contributed disproportionately to current and future climate-based catastrophes and benefit in the here and now from the geographically and temporally uneven distribution of their catastrophic effects, Rothberg said.

Rothberg said he had come to see that an approach to implication and implicated subjects had a particular affinity to questions of race and racism. “Forms of violence and inequality premised on racial hierarchy take shape in small-scale encounters and large-scale structures; they are also instantiated repetitively in the present yet burdened with active historical resonances. Positing the position of the implicated subject offers a lens for addressing these different scales and temporalities of injustice. Taking that position seriously helps us see how binary and hierarchical ideologies, including racism, flourish in the intermediate, grey zones of implication and among ordinary subjects who serve, in Simona Forti’s words, as ‘transmission belts’ of domination,” he said.

In his book on implicated subjects, Rothberg said, he raised the example of diasporic Jewish support for Israel, which can take ideological and material forms. Such diasporic subjects were not so much “perpetrators” of occupation as what he termed “perpetuators of a settler colonial project”.

Turning his implicated subject lens on his native US, he raised the case of the 2012 killing of African American teenager Trayvon Martin by a neighbourhood watch vigilante. “A year and a half later, the killer, George Zimmerman, was acquitted on all charges in the death of the 17-year-old high school student on the grounds that he was acting in self-defence. Together with an unfathomably long list of Black Americans killed by police officers, vigilantes, and white supremacists, the murder of Martin helped spark a major political movement — Black Lives Matter. That long list of murders should also inspire thinking about collective responsibility among those of us positioned as implicated subjects — that is, those who occupy the histories and structures of racial privilege and white supremacy,” he said.

“A politics of the implicated subject will be one that refuses the moralisation of politics by remaining sceptical of assertions of purity. Attention to impurity and asymmetries of power—to implication, in short — may offer our best hopes for recognition, reparation, and reconciliation,” Rothberg concluded. DM