Focus on the future as TAC celebrates years of activism 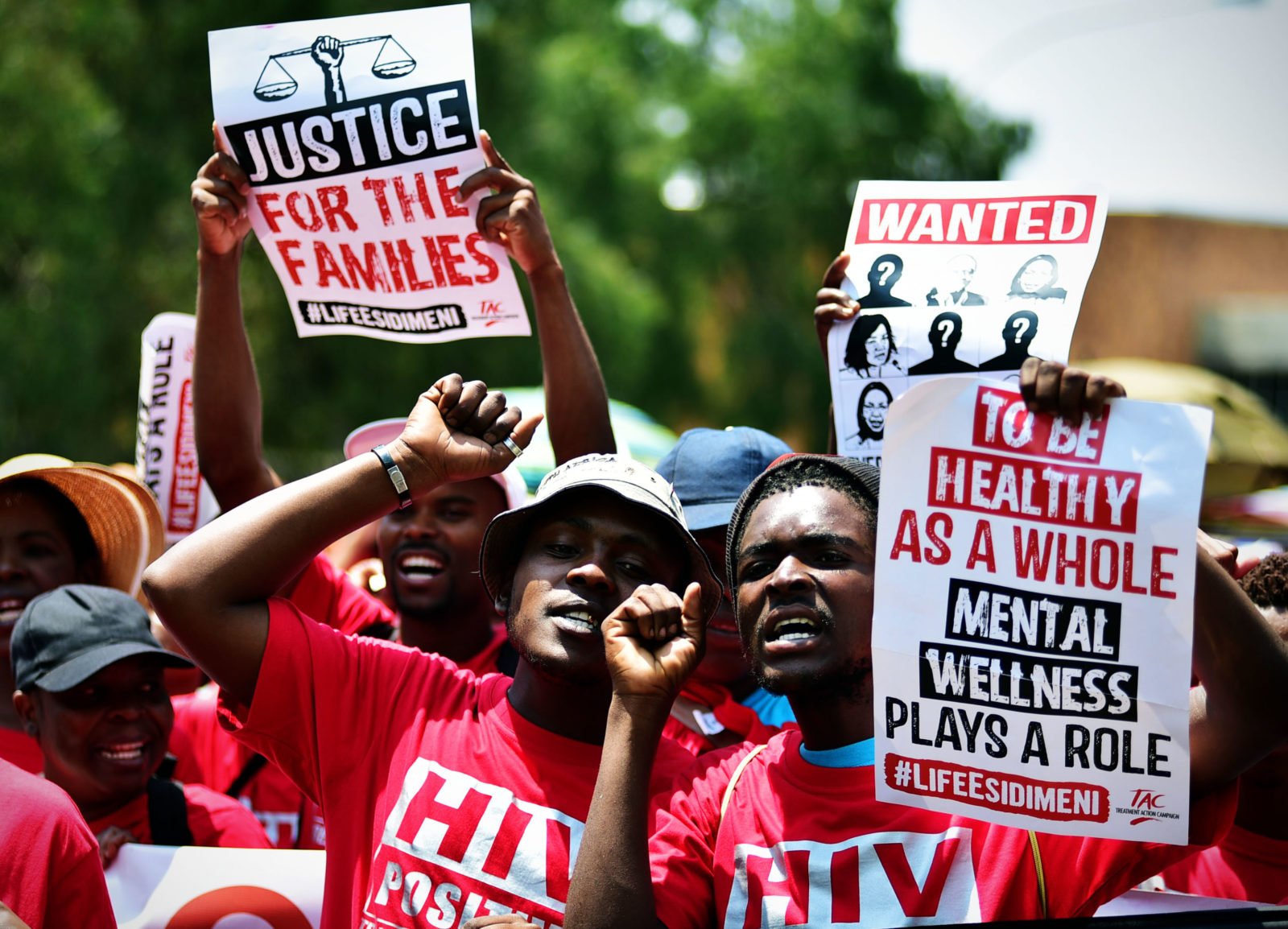 On Monday 10 December 2018 the Treatment Action Campaign celebrated its 20th anniversary. The occasion allowed for the strides made over the past two decades to be celebrated, but also provided an opportunity to focus on the steep road ahead in the face of glaring failures of the South African public health system.

The deep-rooted ailments of South Africa’s public health system dominated the TAC’s 20th anniversary celebration in Johannesburg on Monday morning. The event noted the positive work done so far in the battle to advocate for the improvement of the country’s inadequate health system but lamented the continuing undersupply of antiretrovirals and inadequate TB treatment.

TAC chairperson Sibongile Tshabalala said that as the year drew to a close the organisation was already positioning itself for 2019. She said much focus would be on the provinces and renewal of the organisation’s activism so that it could continue its good work.

Tshabalala said the TAC’s primary duty remains — to monitor clinics and hospitals and ensure that patients, especially HIV and TB patients, have access to medication. She said they would intensify efforts to monitor antiretroviral stockouts which, she said, was a major hurdle in the fight against HIV and other diseases.

Tshabalala said as much as health minister Dr Aaron Motsoaledi was expected to pursue the National Health Insurance (NHI) plan, she was concerned that the TAC had, up to now, not laid its hands on a report about how the pilot projects went.

“This makes us uncertain and it also makes it difficult for us to track the NHI plan,” she said.

Tshabalala said the organisation was also aware that elections are around the corner. The TAC was working on its manifesto, to be shared with all political parties, in an effort to hold the health department accountable.

“We want to hold public officials to account, especially with regard to health matters affecting poor people”.

Challenges persist, and top of the list is continuing stockout of antiretroviral treatment. Tshabalala said many areas frequently experienced stockouts, which posed a great danger to people infected with HIV.

And increasingly problematic was that second- and third-line ARV regiment stockouts have become more common.

Tshabalala said governments’ own system of monitoring stockouts was dysfunctional and often did not pick them up.

Tshabalala added that while they were encouraged by President Cyril Ramaphosa’s call for two million people to be tested for HIV, the TAC was concerned that the government was not making plans to better monitor treatment programmes — especially stockouts.

“We are saying more people should be tested, but those who are infected should be brought into a properly functional treatment programme, otherwise we’d be bringing them to die.”

“I was appalled at the neglect of dying poor people,” he said.

“While we fight inequality we must remember always the battle to access medication,” Vavi said. “We need new men and women to champion sustainable access to medication and better care in our clinics and hospitals.”

Activist Victor Mtshali said the work of the TAC was tough in the beginning, “with Aids denialists like Manto Tshabalala-Msimang and former President Thabo Mbeki”.

Mtshali (47) joined the TAC 17 years ago. He joined because he wanted to do something about his own circumstances. Mtshali, himself HIV positive, said that over the years it had been a blessing for him to help the TAC assist patients to gain access to affordable medication.

Mtshali, from Daveyton, said whatever help the government intended for people who needed antiretroviral, cancer, TB or other treatment, they should involve the TAC.

“We cannot have programmes clashing, not after the TAC’s great work. The government should work with us if we are to realise far-reaching results,” Mtshali said.

In charting its way forward, the organisation said it would need the help of all stakeholders and all South Africans. It said as it approached the next 20 years it would commit to reviving a culture of teaching people about the country’s constitutional rights.

“Today is International Human Rights Day. It is a fitting day for the TAC to renew its commitment and pledge to achieve social justice. Our demand to the government, to the courts, and those with economic power in our country is that we want all our constitutional rights,” the statement read.

“We want a country that honours its commitment to social justice and equality in deeds and not just words. And we will fight for it.” DM