Thirty-three years after Fort Calata’s assassination, his widow finally allows herself to mourn her ‘best friend’ 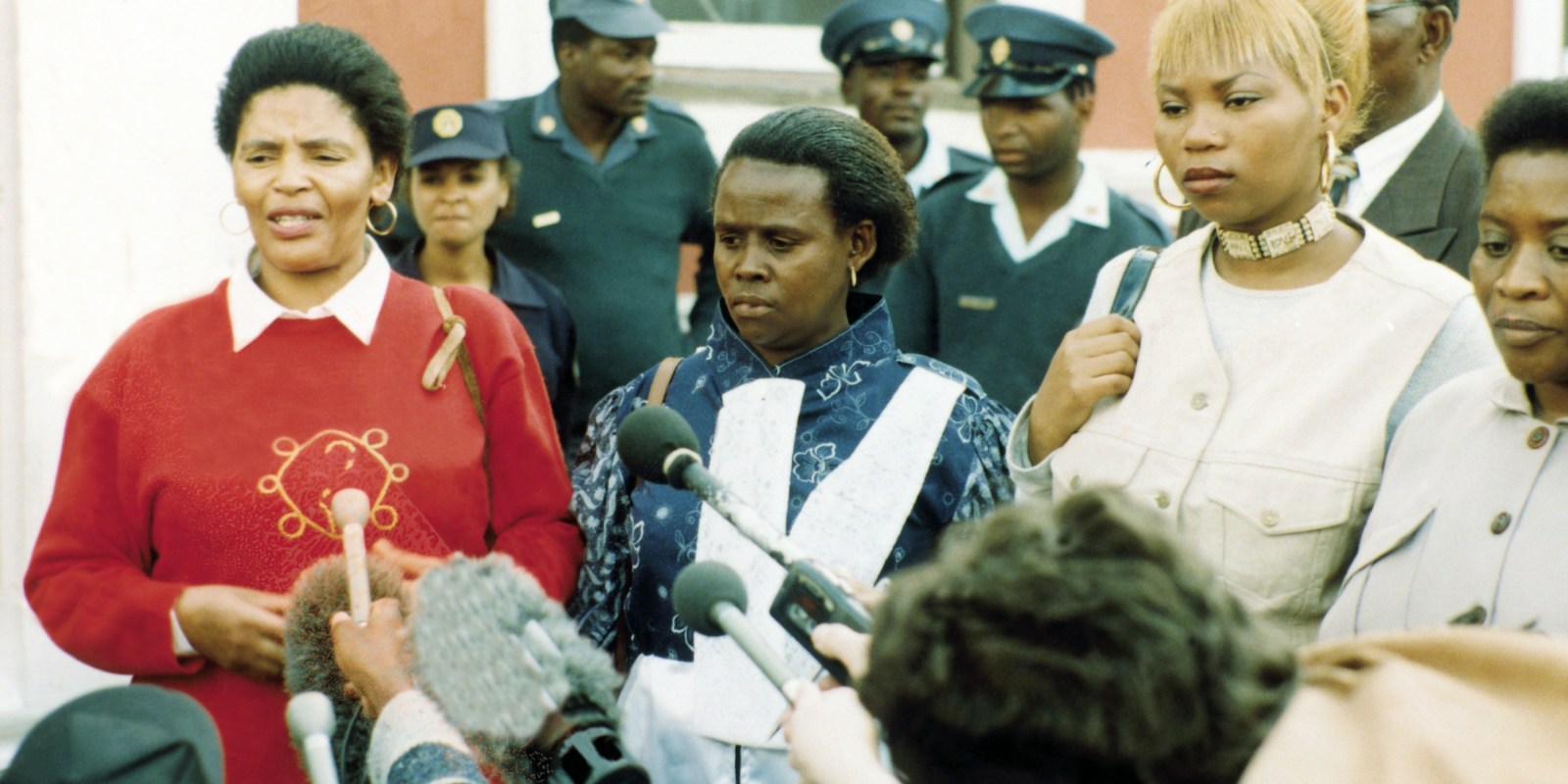 The widow of a storied South African liberation Struggle hero called the couple’s children to join her at a conference in Stellenbosch on Saturday 8 December because she needed to get something important off her chest — and she wanted them to hear it first-hand. For 33 years she’d put on a brave face, but now she needed time to mourn.

To Nomonde Calata, she told her children — and an enthralled audience of international scholars gathered to discuss the reverberations of history — Fort Calata was not a hero, but her best friend, husband and brother, whom for the past 33 years she had never been able to mourn. Nor had she ever received trauma counselling or had a private discussion with a psychologist, she said.

Pregnant with their third child at the time of her husband’s assassination by security police in 1985, Nomonde Calata had been “putting on a good face” while focusing on raising and protecting the children ever since.

She began putting on this good face immediately after the assassination when ANC comrades advised her that her husband was a hero and she shouldn’t allow “the boers” to see they had caused any pain.

Although she knew that he had been killed by police (who initially tried to cover their tracks by blaming members of Azapo for the crime) there was no way to lay an official complaint. The magistrate’s office was an apartheid edifice, and instead of investigating the murder the police continued harassing the family. They would storm into the home in the middle of the night, and if they wanted to see what was under a bed they’d simply tip it over — sending sleeping children flying. She learnt, when police knocked, to first wake the children before opening the door — “so that their eyes were open to the dangers”.

In April 1996, in the first week of public hearings of the Truth and Reconciliation Commission, in East London’s City Hall, Nomonde Calata’s impassioned wail pierced the commission’s veil of sobriety and powerfully signalled the emotional journey ahead.

Fort Calata, the grandson of the esteemed educator, priest, artist and ANC secretary-general, James Calata, was assassinated by security policemen in June 1985, with his comrades Matthew Goniwe, Sparrow Mkhonto and Sicelo Mhlauli. In death, they became known as the Cradock Four. Calata and Goniwe were fellow teachers and close friends. Six former policemen applied to the TRC for amnesty, but their applications were declined. Nobody (neither policeman nor politician) has ever been held accountable for the murders.

Flanked by her children, Tumani, Lukhanyo and Dorothy, in Stellenbosch on Saturday, in conversation with former TRC commissioner Professor Pumla Gobodo-Madikizela, Calata explained that her cry in that first week of TRC hearings was one of relief because she would finally have the opportunity to tell her story to representatives of the state, led by Archbishop Desmond Tutu, who would listen.

She recalled putting on her good face for a visit to the doctor soon after Fort’s death, and the doctor asking who she believed was responsible for her husband’s death.

“I told him I thought it was the police, but he said: ‘No, Mrs Calata, it’s Azapo’. At that moment I wanted to cry… but I couldn’t cry because there were members of the Special Branch seated in the doctor’s waiting room.”

She had continued donning the mask and fussing over her children’s welfare to this day. She recalled seeing on the news that her son, Lukhanyo, a respected journalist, had fallen out with his bosses at the state broadcaster, was raising questions about the ruling party and had been dubbed one of the SABC Eight.

She made immediate plans to get to Cape Town, to be by his side.

“I was reliving the thing that happened to my husband. My son was now also becoming a number, not a Four but an Eight… am I going to lose him in the same way? I wanted to protect him, though I didn’t know how.

The conversation with Mrs Calata formed part of the proceedings of an international conference titled, Recognition, Reparation, Reconciliation — The Light and Shadow of Historical Trauma. The event brought some of the world’s leading thinkers on post-colonial theory and historic trauma to Stellenbosch for discussions on acknowledging, managing and overcoming the shattering and trans-generational effects of slavery, colonialism, genocide and apartheid. Across the world (witness #RhodesMustFall, #BlackLivesMatter and increasingly strident demands for reparations from Australia to Greenland to Canada), descendants of societal traumatic events are raising their voices for redress.