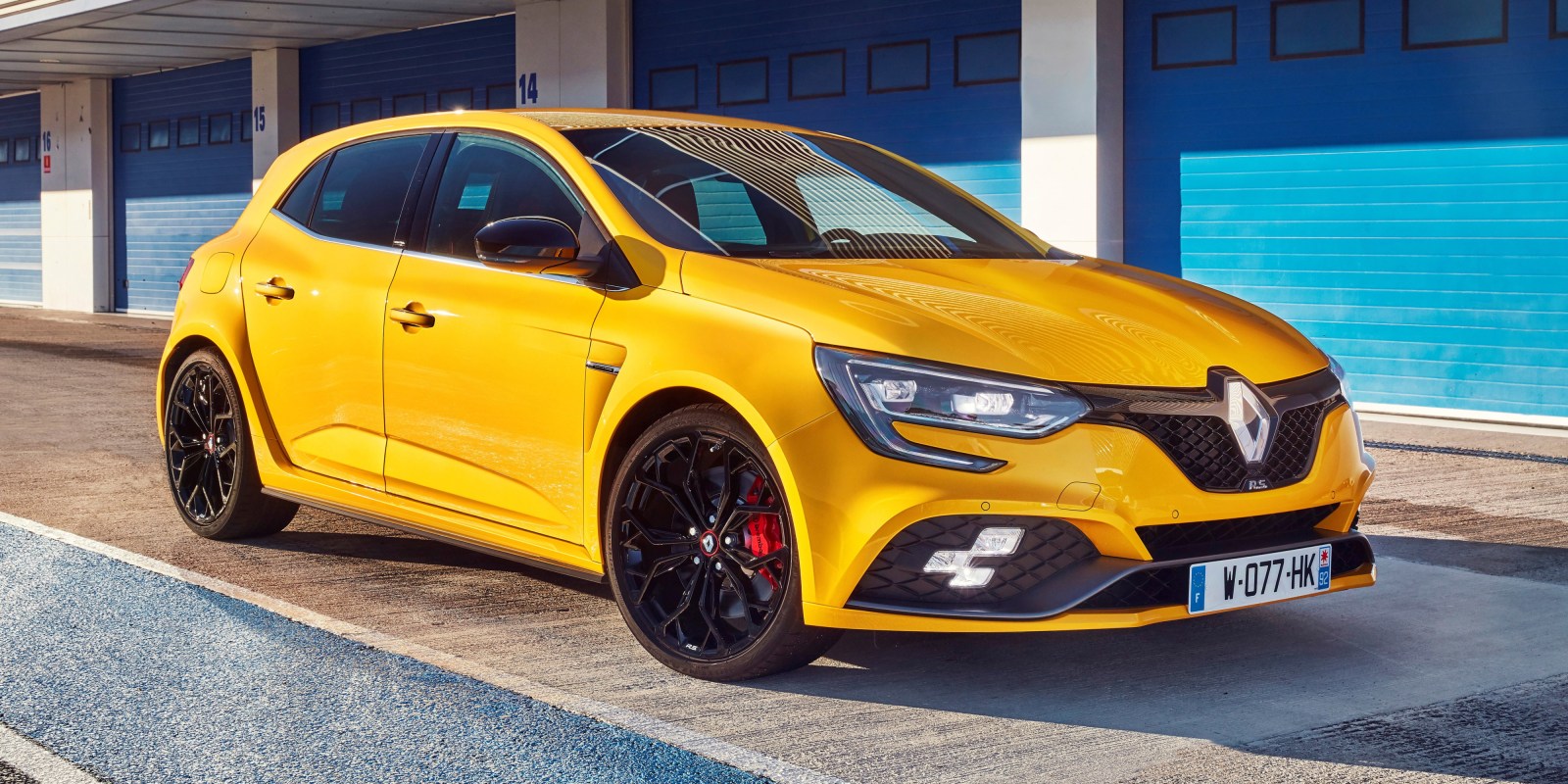 In the battle of the hot hatches, the latest Renault Mégane RS might not be the fastest, nor the most powerful. But in all-round terms, it might just be the best of the breed. Is that enough to satisfy the fast and furious brigade?

The RS badge – short for Renault Sport – has graced some of the most hallowed performance hatchbacks on the planet.

Of those, the third-generation Mégane RS Trophy R is arguably the most iconic, thanks to its no-compromise performance approach and a sub-8min lap time on the infamous Nürburgring Nordschleife – a track considered the ultimate test of dynamic capability.

Enter the all-new, Gen4 Renault Mégane RS – an altogether more sophisticated machine, with a raft of technologies promising enhanced performance. But all that tech also suggests added complexity, and the very real danger of obfuscating the Gallic hatchback’s purist appeal.

It’s clear that Renault intended the new Mégane RS to be a more approachable car than its hardcore predecessors. After all, what’s the point of creating a no-holds-barred hot hatch if only a handful of committed drivers are brave enough to exploit its full potential?

You can’t fault Renault’s logic – except that a certain unruliness has always been part of the RS allure. Tame it too much, and that allure tends to fade …

For now, the Mégane RS comes in two flavours, both with exactly the same amount of power, and also priced identically. However, the differences between the two are significant.

Tested here is the Mégane RS Lux, which employs what Renault calls a Sport chassis, and comes with the marque’s take on the dual-clutch transmission, EDC (for Electronically-controlled Dual Clutch).

The Mégane RS Cup, on the other hand, sticks more closely to the typical RS formula, with a chassis that’s tauter (read more uncompromising), a mechanical limited-slip differential (again, effective but not the most refined) and a positive but old-school six-speed manual gearbox.

Enthusiasts, dyed-in-the-wool RS fans and petrolheads will probably consider the Cup version the ‘real’ RS, with the Lux dismissed as a “softer” option. But that perception doesn’t necessarily hold true in everyday driving.

Cosmetically, it’s hard to tell the difference, except for the wheels. And if you tick the 19-inch wheel option, the Lux is effectively identical to the Cup in visual terms.

The hatch retains some of the streamlined smoothness of the standard Mégane, but marries those lines to wider tracks, a lower stance and more muscular haunches.

The high-tech cabin is a study in purposeful, function-focused design. The front seats are sculpted, high-backed buckets finished in charcoal Alcantara suede, while the thick-rimmed steering wheel gets matching Alcantara detailing and crimson stitching.

Carbon fibre finishes and alloy accents continue the racy theme, while the centre stack is dominated by a portrait-orientated touchscreen. It acts as the control centre for all the Mégane’s key systems.

From multi-speaker sound to Bluetooth streaming and comms, from trip computer to vehicle settings, from drive mode configurator to activating the track driving-inspired R-Monitor, the high-res display is the interface between car and driver.

Remember, too, that even this RS model is a four-door hatch, adding a level of practicality to the equation. Those high-backed seats do make the rear accommodation feel a little claustrophobic, but the 384-litre boot is slightly bigger than the VW Golf’s luggage compartment.

The engine powering both cars may not be the most powerful in the hot hatch universe (consider the likes of the Audi RS3 or the upcoming Mercedes-AMG A45 if power is your only yardstick), but it’s a fine piece of engineering.

Thanks to a variety of motorsport-derived technologies, the four-potter delivers a stonking 205kW of muscle and 390Nm of shove-in-the-back torque from just 1.8 litres – all to the front wheels. The EDC gearbox of the Lux has been beefed up to cope with the engine’s urge, and also receives revised ratios.

Those aren’t the Mégane’s only party tricks, however. Top of the list is the four-wheel steering, which allows the rear wheels to turn ever so slightly.

The effect is subtle but significant, especially when pressing on through sharper corners, where a normal front-wheel drive car would tend to suffer from nose-wide understeer when pushing too hard.

As has become the norm, there’s also a choice of driving modes, ranging from ho-hum Eco and brisk Normal to more engaging Sport and hardcore Race. Or you can define your own combination of settings for the steering, throttle response and shift action.

However, for all its on-paper credentials, it’s the driving experience that will ultimately vindicate or vilify that RS designation – and in this case, the Mégane RS Lux can wear the badge with pride.

Yes, the suspension set-up may be that little bit more forgiving, and it makes do with brake-based torque vectoring rather than the Cup’s mechanical LS diff. But there’s an eagerness to the Lux version that encourages drivers to pilot it with intent.

Even better, it responds to such enthusiasm with a superbly balanced combination of poise and precision, especially in Sport or (if you dare) Race mode. Also mandatory for an engaging driving experience is to use the large, fixed-position gearshift paddles behind the steering wheel.

Shifts are snappy and incisive, the steering feels accurate and offers decent (if not exactly lively) feedback, and there’s plenty of urge from the engine, even at lower revs. All that torque makes overtaking effortless, as well as hauling the RS through corners, even when you’re in too tall a gear.

Those shift paddles also mean you can grab a lower ratio in an instant if needed, and facilitate the slingshot-like launch control, if you absolutely have to get off the line at the traffic light in first place …

With its race-bred heritage, it comes as no surprise that the Mégane RS feels right at home on a track. Midvaal Raceway offers a bit of everything: tight corners, fast sweeps, a long straight, and tricky curves that sharpen, often fooling you into terminal understeer.

The Mégane felt nimble and alive, eagerly devouring the tarmac and slicing its way from apex to apex with the resolute precision of a surgeon’s scalpel.

You don’t actually feel the rear wheels moving, but the extra edge when turning into tight sections, and outright composure in the sweeps, make for a compelling argument in favour of the system.

Acceleration felt faster than the stopwatch suggests, perhaps because the RS is quick to create a close rapport with the driver. Those seats not only look good but hold you tight in all the right places, so that you know exactly how the car is reacting to steering input, road surface and lateral acceleration.

And yet, the ride remains remarkably civil, ironing out more dips and bumps than expected, and contributing to Renault’s ease of use. Of course, that’s a double-edged sword.

If driving quickly is too easy, the appeal is likely to wane rapidly, too. But make the driving experience too challenging, and you’ll intimidate all but the most experienced helmsmen.

Finding the right balance between the two has been the secret of the VW Golf GTI for decades. The RS feels sharper and more engaging while lacking some of the German’s polish – but it remains a viable everyday runner, rather than a track-hungry weekend toy.

At 5.5sec for the 0-100km/h sprint and a 250km/h top speed, the Mégane RS Lux is rapid enough, if not supercar quick. More importantly, it communicates those straight line capabilities quite unequivocally, and not only when you’re going flat out.

You could conceivably drive this Renault from Johannesburg to Cape Town without needing the best efforts of a chiropractor afterwards. But you’d want to choose the road less travelled to really extend it without the unwelcome intervention of the local constabulary.

You can certainly use it as day-to-day transport, and have a lot of fun doing so, as long as you remain mindful of how quickly the RS gathers speed. Vitally, the large, well-vented brakes ensure impressive retardation whenever needed.

The Mégane RS Cup might be the sportier option, but the Lux is the more benevolent machine, with a broader application scope. That means more day-to-day driving satisfaction, and less hardcore-related compromises.

And, if you really want a visceral motoring experience, you could always wait for the Mégane RS Trophy, due for SA launch next year. Catch one – if you’re fast and furious enough – or stick with the cheaper, more engaging Mégane RS Lux, and savour the bang for the buck. DM

All-round competence makes this the most complete Mégane RS yet.