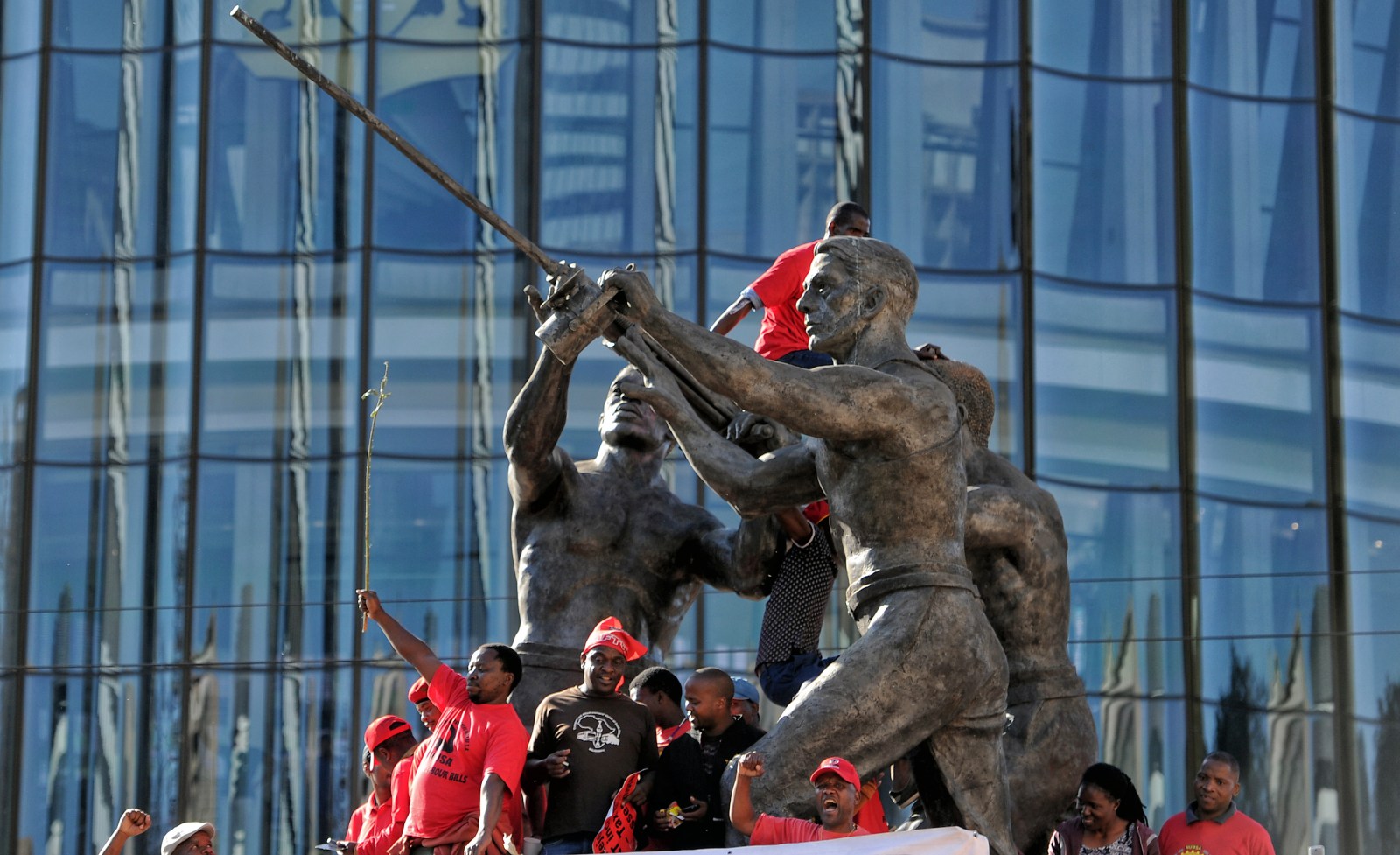 Is the Department of Labour’s fear that new technologies will be job killers and that our unemployment situation will get even worse justified? Understandable, yes – but justified?

The Department of Labour’s research unit has produced a presentation on the future of work and the Fourth Industrial Revolution. What I learned from it is that the department is out of its depth and doesn’t quite grasp what is happening. In essence a report was given by the Department of Labour to the Parliamentary Portfolio Committee on labour about the need to change our perception of the future workforce. Unfortunately, all our labour laws are geared to hamper this Fourth Industrial Revolution despite the recognition that the world of work is rapidly changing.

My own view is that the days of industrial revolutions are over and what we have now is an accelerating process of innovation with each new discovery or invention making a dozen further developments possible. It is all happening so quickly and there are so many overlaps that it is difficult to draw a line and find where one technology ends and another one begins.

What the department fears is that the new technologies will be job killers and that our unemployment situation will get even worse. That’s understandable, but is it justified?

The first industrial revolution can be clearly defined in terms of steam power and factories which produced textiles and steel. The second one, powered by electricity, gave us mass production. Both revolutions created large numbers of new jobs and improved the quality of life beyond measure. Why should the next one be any different?

Both upheavals were characterised by mass migrations from the countryside and the creation of great cities.

Many people believe that the first industrial revolution was a squalid time of exploitation and working and living conditions straight out of the worst of a Charles Dickens novel, but it is more likely that urban life was a considerable improvement on the feudal conditions in the countryside.

The factories offered better pay, a dry working environment and warmth from the furnaces and that was preferable to 12 hours in the fields, working in rain, freezing winds and snow. The bitter complaints came from land owners who were losing their labour to the factories and were forced to pay higher wages to keep their farms going.

The textiles and the iron and steel produced made railways and a host of new industries possible and created many millions of new jobs, most of them on a higher skill level and with better pay. The improvement was measurable and in Britain, which pioneered the new industries, the infant mortality rate dropped from a shocking 50% to 30% and the population grew as trade flourished.

The second industrial revolution produced even more dramatic results. The main driver was electricity with electric motors turning the machinery while electric lights made it possible to run factories 24 hours a day. This meant more productivity from machines while the workforce doubled and trebled as new shifts were introduced. The net result was that goods were cheaper and the quality of life improved in the cities.

In 1800 just 6% of the US population lived in the cities but by 1900 this had increased to 40% and now stands at more than 80%. The concentration of the population created better opportunities for education, hospitals and a wide range of services. The supply of electricity became viable and that led to better lights, fridges and an avalanche of constantly improving appliances.

What we call the third industrial revolution came about with the digital age. It started with semi-conductors and printed circuits which were soon miniaturised to give us computers, the internet, emails, instant knowledge and cell phones for mobile communications by voice, text and pictures.

When computers appeared on desks typing pools, stenographers, filing clerks and messengers disappeared from offices and businesses became more productive with fewer people. The strange thing is that this did not happen in the public service and the municipalities where staff numbers continued to grow, but that is another story.

What happened to all those women who used to pound typewriters and file documents? Well, look around and you will see even more women in the workplace today but they have moved up and are doing skilled work in sales, finance and as executives. The new technology ended office drudgery and freed women to develop their skills, earn more money and climb the ladder to success. It also created a host of new jobs in running IT systems and developing software. Professionals from accountants to engineers and architects were empowered by computers and could do more and better work.

Whether there has been a net gain or loss in jobs since the digital age is hard to say because there are so many factors at work. There has been economic growth while population growth has generally slowed down. At the same time new jobs have been created for many millions of women who would otherwise have stayed home, cooking cleaning and mending.

In the most developed countries, where the impact should be greatest, unemployment rates have dropped. Germany, for instance, has an unemployment rate of 3.4%, the United States 3.7%, the Netherlands 3.9% and the UK 4.1%.

Since the first industrial revolution the pattern has become clear: it is the manual labour, the dirty and the boring jobs that have disappeared while the number of clean, skilled and better paid jobs has increased. In the motor industry, for instance, the welding and spray painting are done by robots, creating higher level jobs for people who programme and service the automated assembly lines.

The overall effect has been to improve the quality of products (new cars don’t rust any more) while our own quality of life has improved.

The process is ongoing. Computers have enabled us to control robots and they will be further enhanced by artificial intelligence and then there will be another leap in their capacity with the advent of quantum computing.

What we learn from this is that the best way to prepare for advancement and the changes it will bring is through education to make us more knowledgeable and versatile. We have yet to take advantage of the new tools at our disposal to jack up the education system. An example is the Kindle electronic book or a tablet which can contain all the text books and reading matter a child will need to take him or her through the school years and well beyond. It costs a tiny fraction of the price of school books and that makes it affordable to all. It is the ultimate democratic teaching device. It offers an end to ignorance and a road to unlimited knowledge, except for those who choose to remain trapped within the bounds of the ideologies they look to for answers.

At the same time there is a process of deindustrialisation taking place which creates jobs for those seeking less intellectual lives. One can see it at craft fairs and in the way that craft beers have taken on and succeeded against the giants of industry. Another example is online shopping which may have reduced the number of behind-the-counter jobs but it has created new opportunities and jobs for courier services.

The stage is also set for decentralisation. It is clear that cities have become too large and congestion makes them inefficient. In our own case, failing public transport systems place huge additional burdens on commuters.

Smaller towns are easier to run and they are free from congestion. With internet connections it is now possible to work remotely and the costs of setting up, say, a call centre or a factory in a country town should be a lot lower while offering a more convenient life for workers. The turn-around has already started with the retirement industry leading the way. Rooftop solar will aid the trend and at the same time create jobs for local installers. Intensive agriculture under plastic tunnel and shade netting will create more jobs as the demand for organic produce increases.

What we do know about the unstoppable march of progress is that it will bring change and that can only mean new opportunities for the more enterprising among us.

It will not, unfortunately, promise much help to the 27.5% of our population who are unemployed and in no position to see new possibilities because most of them have never worked and don’t know what to look for. They have been let down by our education system and the Setas and if the Department of Labour doesn’t understand this they are in no position to deal with what they call the fourth industrial revolution. DM