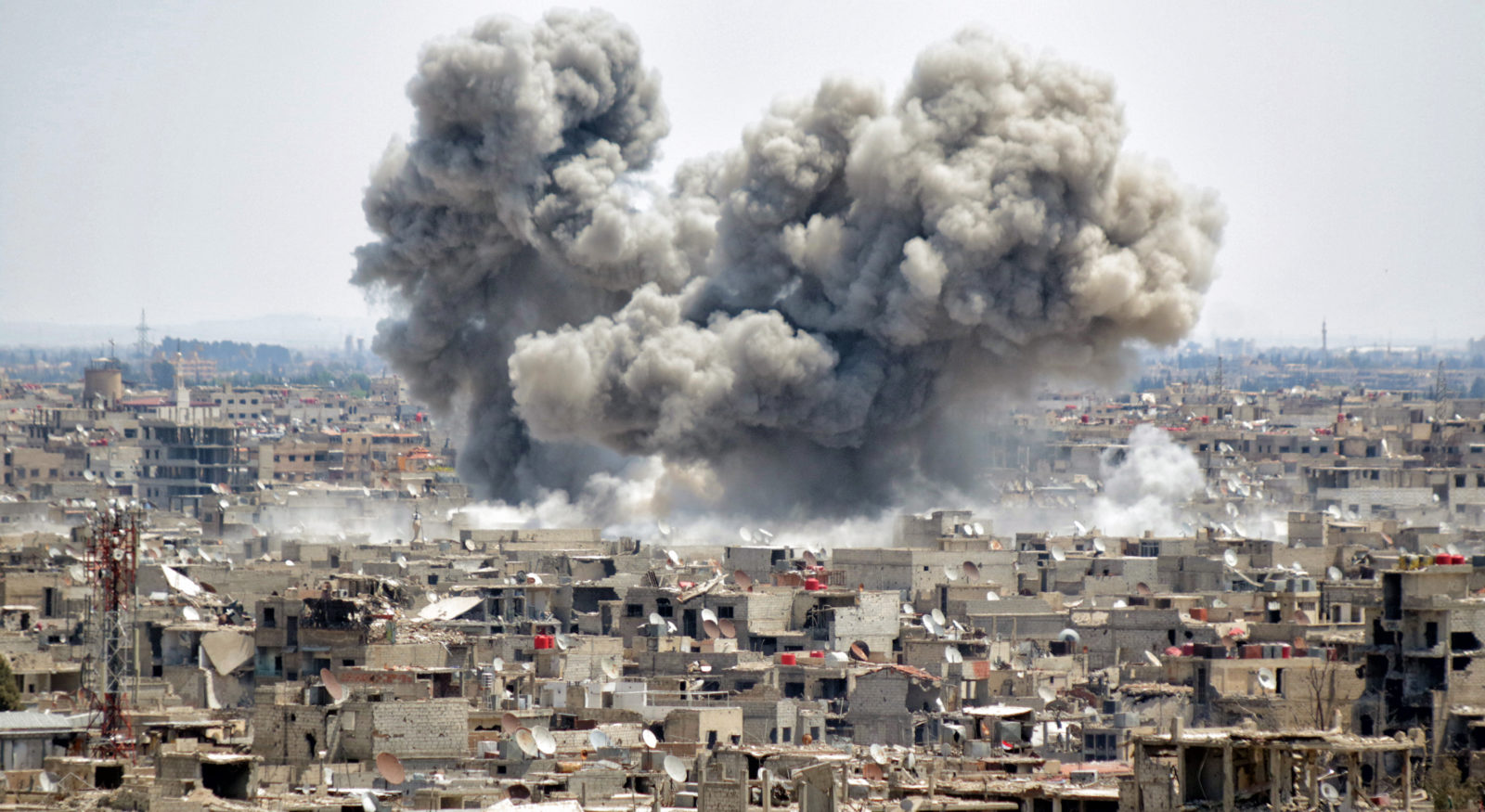 Smoke and dust rise from the Islamic State-held al-Hajar al-Aswad neighborhood in the south of Damascus, Syria, 23 April 2018. EPA-EFE/Youssef Badawi

Global travel advice issued by the UK Foreign and Commonwealth Office indicating that South Africa may be at risk of attacks by returning Islamic State fighters needs closer analysis.

The UK Foreign and Commonwealth Office issued global travel advice for several countries, including South Africa, on 3 December 2018 warning of terror attacks this holiday season. The travel advice identifies that the primary “security threat” emanates from South African Islamic State fighters who have returned from Syria, Iraq and Libya. The statement is at best vague and begs for accurate contextualisation.

IS changes the pattern of ‘travelling for jihad’

The phenomenon of travelling for jihad, commonly referred to as Hijrah, completely changed with the Syrian and Iraq battlefield. First, it attracted more foreign fighters from a vast array of nations that hadn’t participated in the calls to jihad for Afghanistan or Bosnia. Second, it attracted a “tourist jihadi” who went for the fun of fighting rather than because of a devotion to the cause. But, perhaps more uniquely, the battlefield of ash-Sham attracted entire families.

While previous jihads involved solo males — either single or having left their family behind — the Syrian and Iraq wars saw men bringing young children and wives to live in compounds with other foreign fighters. And while many of those who went to Syria and Iraq originally went to join various groups, many ended up pledging allegiance to Islamic State. Thus, Islamic State had more foreign nationals than any other group fighting in ash-Sham.

Fast-forward to 2017/18. With the Caliphate collapsing, new patterns began to emerge. Similar to professional military personnel redeployed on a second tour, IS foreign fighters are choosing to travel to another Islamic State stronghold instead of returning home from ash-Sham.

To date, the Terrorism, Research & Analysis Consortium has pinpointed five locations where foreign nationals are travelling for a “second Hijrah”. South Africa is not one of these destinations.

Originally, many thought that the back door from ash-Sham would be Libya because at one time it was Islamic State’s largest secondary stronghold. For several reasons that was not the case and instead the top two destinations by far for IS foreign fighters to redeploy to are Afghanistan (ISK) and Philippines (ISEA).

The concept of a second deployment raises the question of how much organisational planning is coming directly from the Islamic State Central Command versus foreign fighters deciding for themselves that they would like to continue their jihad in another location.

The question also arises of how much the Islamic State’s external operations branch — better known as the Emni, or Amn al-Kharji, who are known for their assembly, funding and dispatching of cells to attack soft targets — are involved in the second Hijrah for these foreign fighters.

After the collapse of Islamic State’s Caliphate, the concern is what the foreign fighters will do. It is a categorical mistake to believe that these foreign nationals are in desperate need to find new hideouts. Concerns range from foreign fighters returning to their states of origin to execute attacks, to staying put in Iraq and Syria to continue insurgency warfare. But a second tour of duty hasn’t been considered by many.

The continued presence of foreign fighters in Islamic State will provide a convenient feeding stream to Islamic State franchises. It really doesn’t matter if these fighters moved willingly or were commanded to move by IS central leadership — their effect will be the same in their new locations.

About 128 South Africans have joined the Islamic State, of which 75 returned to South Africa from the Caliphate. But equating their presence with that of Afghanistan (ISK), Philippines (ISEA), Libya (ISL) and Somalia (Islamic State in Somalia) is a complete oversimplification.

The fighters, relentless in their allegiance to the Islamic State, prefer areas where the group is actively engaged in an insurgency or there are notions of an expanded presence in their countries of origin.

France.Info reported in August 2017 of the risk of returning foreign fighters, more specifically in the Sahel and Maghreb, with the purpose of establishing “new strongholds” in Africa. Yet these regions are known for deep-rooted extremist insurgency by groups such as the Islamic State in the Greater Sahara (ISGS) and al Qaeda-aligned Jama’a Nusrat ul-Islam wa al-Muslimin (JNIM).

In August 2018, a Somali Military court found Mahad Abdi “Abu Yassin” and Daud Warsame guilty of being members of ISIS, with each receiving a 15-year life sentence. Abu Yassin was working at a chemist in South Africa before settling in Somalia to join al-Shabaab and later the Islamic State. The preference to move to areas of conflict in support of fighting for an extremist ideology is noticeable. 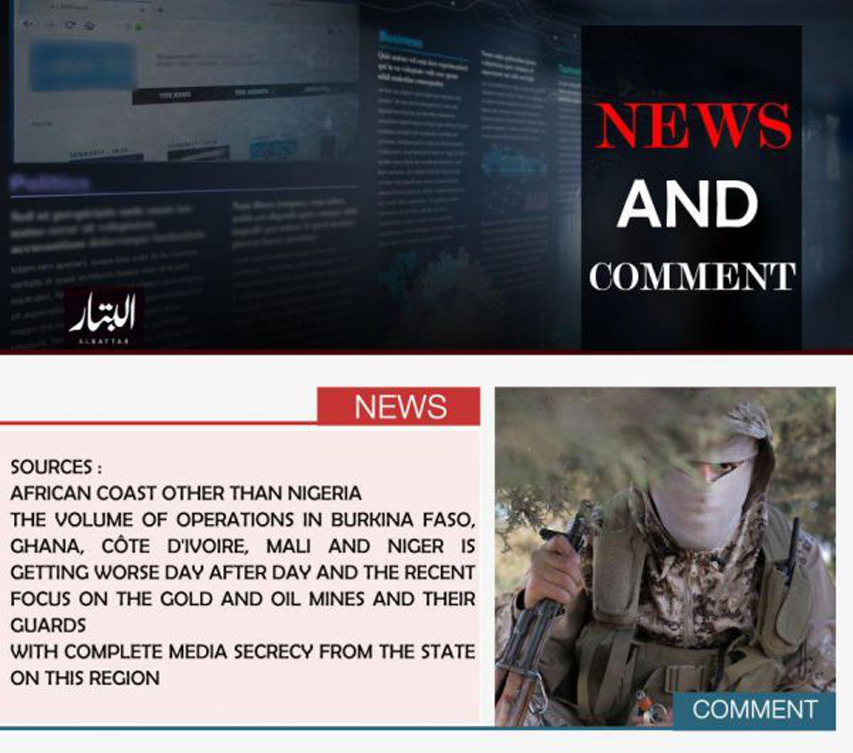 Propaganda material remains geographical, confined to areas regarded as a main enemy (for example the US, EU and of late Australia), where pro-Islamic State groups are engaged in an insurgency, or where regional proximity could allow for expansion. One gets a sense of South Africa in propaganda material as “oh and you too, you’re a target as well” — as a postscript.

South Africa is most likely to be confronted by returning supporters who acknowledged being Islamic State members, but who set out to distance themselves from the group, a trend noteworthy among families. That returning Islamic State supporters have indicated a willingness to be interviewed by the State Security Agency on their return to the country is indicative of such acknowledgement.

Caution must be applied to returning members’ concealed intent to import a wider Islamic State jihadist support base. However, with the lack of substantive information on the existence of cells and groups willing to execute attacks, this remains a possibility confined to initiatives by individuals.

The key to reading travel advisories lies in an intelligence analysis capacity that is able to reach a conclusion on the likelihood of attacks. The weight of this travel advice is confined to using the word terrorism, and nothing more. DM