Public representatives must be held accountable for government debt 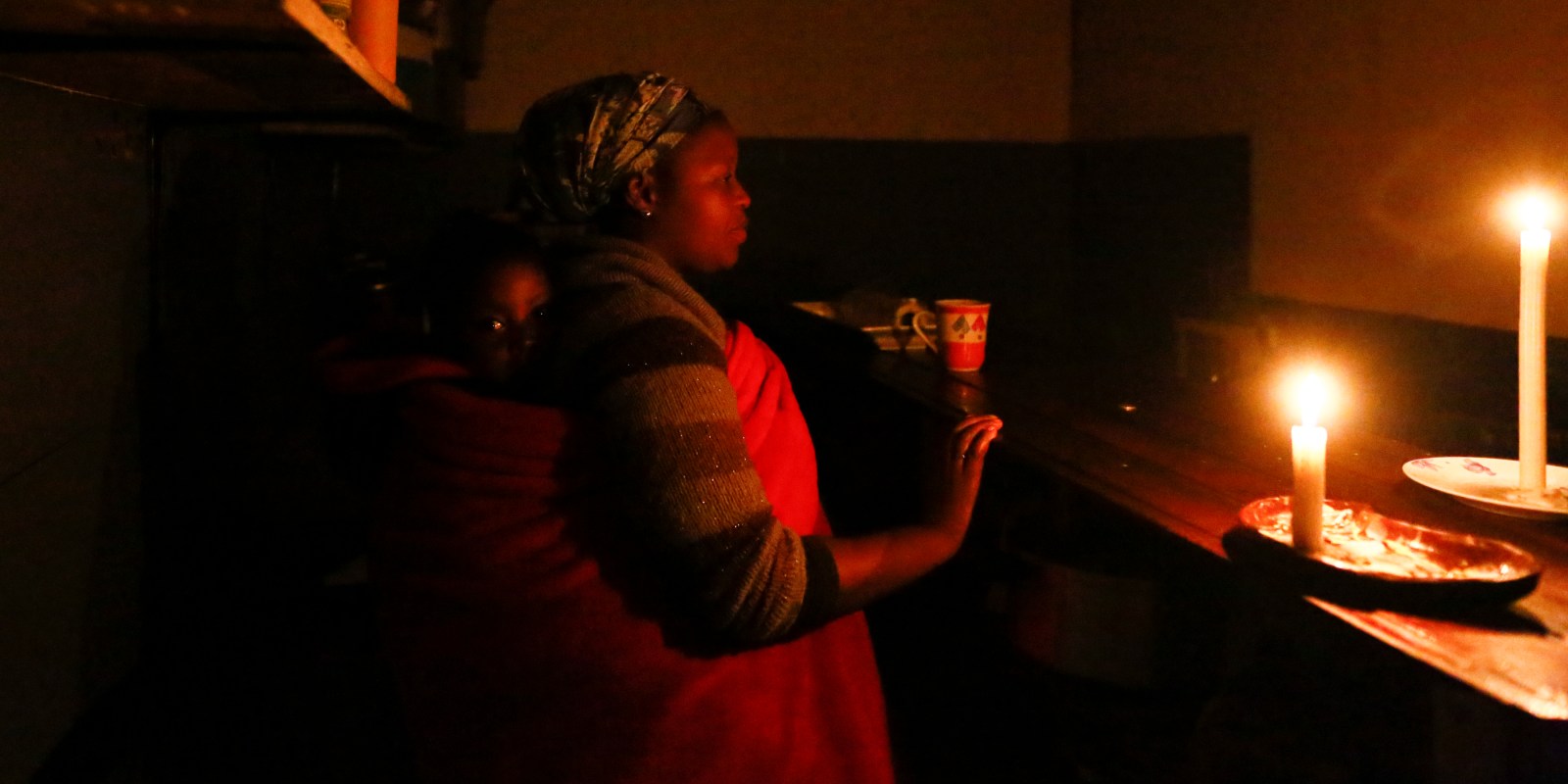 A South African woman carrying her daughter on her back runs her takeaway restaurant by candlelight during a sheduled power outage known as load shedding in the impoverished neighbourhood of Masiphumelele, Cape Town, South Africa 26 May 2015. EPA/NIC BOTHMA

The mounting debt relating to South Africa’s state-owned entities is reflective of a wider problem in sub-Saharan Africa. Government borrowing in the region is spiralling out of control – and the public is being kept in the dark as to the extent of the debt burden.

Last week, power utility Eskom released its financial results, which showed that interest on its massive R400-billion debt has now reached R45-billion. This has crippled the company and now threatens the country’s economic growth through rolling power cuts.

Other SADC countries could face the same quagmire. All governments borrow money to finance their domestic economic objectives. The question is whether this borrowing is for recurrent expenditure, or for investment in expanding economic growth.

If this debt accumulation does not translate into improving the country’s growth potential, it can become self-defeating and set the country in a cycle of debt unsustainability. This happens when countries end up needing to raise additional resources to service their principal debts.

The numbers paint a disturbing picture, showing that average sovereign debt in sub-Saharan Africa as a percentage of gross domestic product (GDP) doubled between 2008 and last year. The biggest jump in the debt-to-GDP ratio happened between 2014 and 2017.

This represents a regression from earlier progress achieved at the turn of the millennium. Two specific programmes spearheaded by the International Monetary Fund (IMF) and the World Bank – the Heavily Indebted Poor Countries Initiative and the Multilateral Debt Relief Initiative – recorded significant success. However, with the advent of the 2008 global financial crisis, the debt levels in the sub-continent changed trajectory. Once again, we find ourselves on the unsustainable path of spiraling public debt.

Poor management of sovereign debt can be devastating, as we have witnessed in Zimbabwe, Malawi and Mozambique. It is in this context that there is growing alarm about what many consider tantamount to mortgaging the future of Africa’s youth.

Stakeholders from across the region recently converged in South Africa to initiate dialogue aimed at finding solutions to the unfolding sovereign debt crisis. In attendance were parliamentarians, academics, diplomats, industry experts and civil society groups from several Southern African countries to discuss the matter.

The conference was titled “Sovereign Debt, Growth and Development in Southern Africa” and sought to shed light on the intricacies of the status quo, the impact of debt management on economic development and poverty alleviation, and the role of parliamentary oversight in averting debt crises.

The keynote speaker, Hung Tran, Managing Director at the Institute of International Finance, said 40% of low-income countries are at high risk of debt distress or are already in debt distress. This translates to 15 countries. The top six among them are Mozambique, Chad, Eritrea, Congo, South Sudan and Zimbabwe.

These counties are already negotiating a repayment programme with the IMF. Mozambique is at 84% debt-to-GDP ratio and most of its liabilities are denominated in foreign currencies. This is the highest in Africa.

Tran said the challenges facing Africa are quite daunting. The continent needs to create at least 20-million jobs to be able to service its debt. But there are other capacity challenges that need to be resolved. For instance, many African countries need vigorous and efficient tax collection systems but are failing dismally in this regard. State-owned enterprises (SOEs) must be reformed and managed properly so that they are not a drain on the national fiscus as many are in several countries.

Although the level of the sovereign debt crisis differs from country to country, something that is common among them is the absence of legislative measures for parliamentary or public oversight of government borrowing. It is in the interest of citizens to be aware of the extent of the problem and what is being done to address it. Public representatives must take the lead and ensure that this issue becomes a regular topic of parliamentary debates and that there is broad awareness about it. Governments must be held accountable for debt levels.

The conference also agreed that academics and NGOs should run programmes to help countries better understand sovereign debt. Some countries whose economies are not being managed properly borrow way beyond their capacity to service the debt regularly.

Furthermore, there is a common problem of governance in the region with some governments acting illegally and unethically. Information is hidden from the public, meaning those responsible cannot be held accountable. The extent of borrowings, corruption and the sorry state of balance sheets of most SOEs are kept away from the public.

In South Africa, the extent of the financial situation of entities such as Denel and SA Express was not fully known until recently. In Mozambique, it was recently discovered that some SOEs had debt amounting to $2 billion, which was initially not accounted for.

Moreover, high debt service costs are crowding out investment in essential services such as health, education and infrastructure. This is becoming a huge challenge for most countries. The average debt-to-GDP ratio in the Southern African Development Community (SADC) is 60% while the average GDP growth is 2% a year. In other regions on the continent economic growth averages about 4%.

Tsepang Tsita-Mosena, the Vice-Chairperson of the SADC Parliamentary Committee on Trade and Industry, expressed alarm about the growing debt crisis on the continent. “Not only are African counties mortgaging the current generation, but two to three generations to come,” she observed.

A conference of this nature would not present a full picture if it did not reflect on the role of countries such as China in Africa’s debt situation.

South Africa’s Nqabayomzi Kwankwa, a UDM MP, voiced a concern shared by many in the room: that China was worsening the continent’s debt situation.

The main concern is transparency. The true value of loans often differs considerably from what is discussed in internal structures. Economists have put the bonds that African governments have issued at $81-billion (over R1.1-trillion). This excludes the $123-billion (over R1.6-trillion) that China has advanced to Africa in loans.

Beyond this, Nkwankwa’s message was clear: loans should be invested in building infrastructure, rather than servicing existing loans and funding vanity projects.

The convenors of the conference will seek to strengthen regional dialogues on sovereign debt in Africa. The next step will be to build a mechanism to monitor sovereign debt developments, and empower various partners to hold their governments accountable for sovereign borrowing. DM

Simi Siwisa is executive director and convener of the Sovereign Debt Conference.