Yola and the Ogas – the epitome of Nigeria’s enormo... 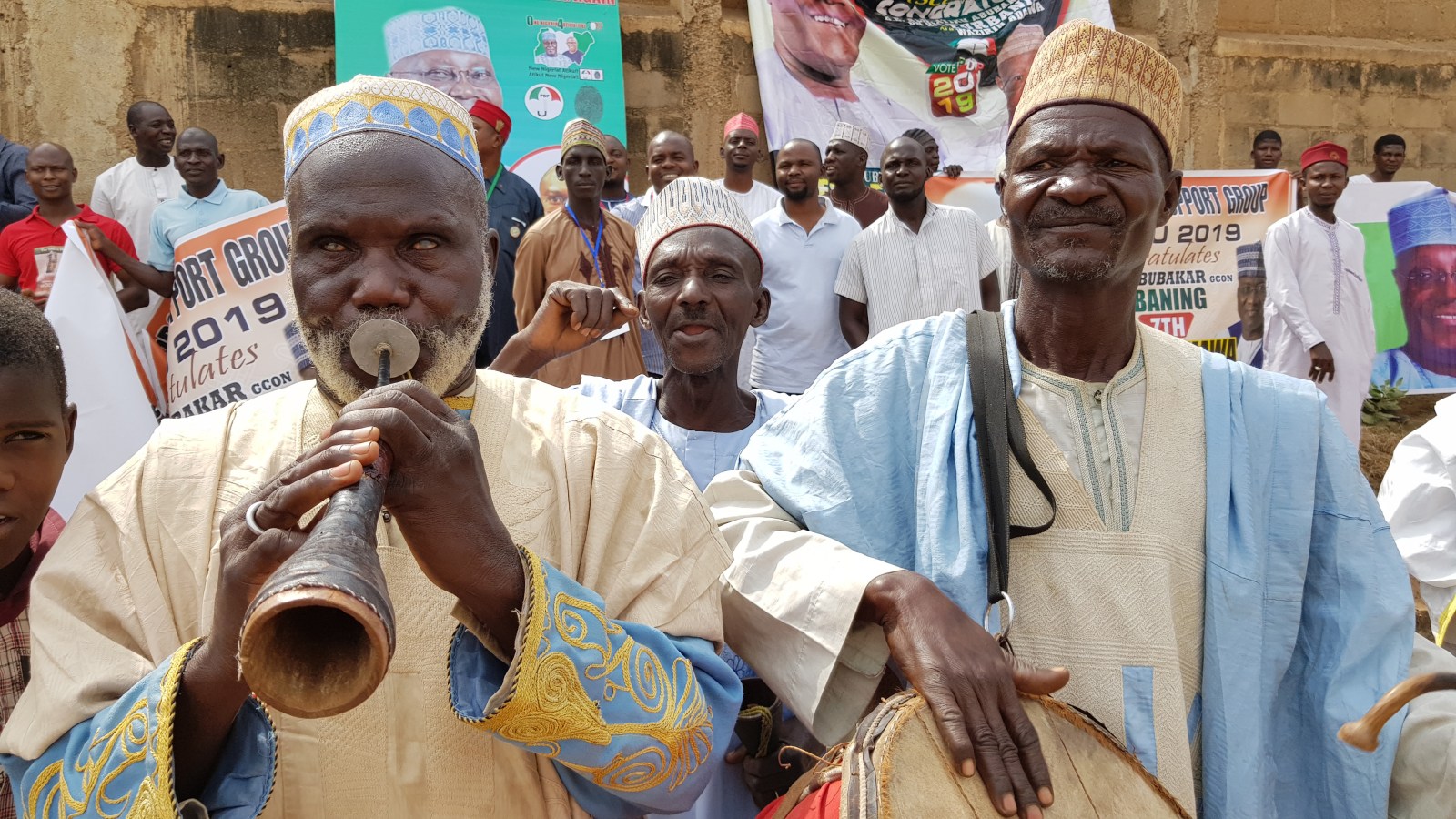 Yola, far in Nigeria’s north-east, straddles the banks of the giant Benue River, a sandy brown expanse curling its way seductively along the Mandara mountains. A stone’s throw from the border with Cameroon, Yola is a town of tuk-tuks, the yellow vehicles crawling all over its wide roads.

More sweltering Sahel than sweaty West Africa, the population is a sea of flowing robes, loud turbans, and flat-topped Filas, the ubiquitous soft fez. The only visible suits, save for foreigners, are for those “on government service”.

Yola has doubled in population in 25 years to more than 500,000, evidence of a great challenge that lies before Nigeria. Already Africa’s most populous nation, Nigeria is poised to more than double its population to 400-million in the next 30 years.

The scale of the ensuing challenge is daunting. Today Nigeria has two million additional school leavers each year. This number will quadruple by 2050, placing additional pressure on an already underperforming job market. Already stressed infrastructure will likely collapse without forward planning and urgent action as Nigeria’s urban population swells to 290-million during this period.

Yet the challenge runs deeper than just numbers, as scary as they are. It goes to the heart of how Nigeria is run.

For a select few ogas – the term commonly used by Nigerians to describe “big men” – it’s a bountiful land of flashy cars, police convoys and flats in London. Their wealth is overwhelmingly determined by their proximity to the spigot of oil and gas, and their resulting political power.

Oil provides $35-billion in export earnings, an amount consistently more than 90% of the country’s total. Yet such dependence is a poor long-term bet, especially because Nigeria has failed to use oil revenues to diversify its economy. The oil price is projected to remain below $70 a barrel through 2030, while Nigeria’s production continues to fall due to a lack of reinvestment in new production.

Moreover, the oil model is highly problematic. It discourages diversification, allowing a rentier state to rest on its laurels while retaining wealth and privilege among a few. As a result, public frustration simmers just below the surface, occasionally boiling over.

The “turbanning” in Yola of presidential candidate Atiku Abubakar as the 7th Waziri of Adamwa offered a case in point. More than once the enthusiasm of the crowd outside threatened to get out of hand, with pushing, shoving, shouting, clawing and pawing. Foreigners were an obvious target, where hustlers were cut short with horsewhips, vigorously waved AK-47s, batons and yells.

Yola’s meat markets along the main road, where butchers chopped up beef in the blazing sun, told another story of a hard life. It’s a difficult transition from the village life and mentality, described in the local vernacular as shankashakari, to the hard grind of the city.

Little wonder Boko Haram (literally, “Western education is forbidden”) and Islamic State West Africa thrive in this environment. Just a week ago the Nigerian Army forward operating base at Matele was overrun by Boko Haram, with the loss of perhaps as many as 250 troops. While this event has created a storm of political indignation, it is the ninth forward operating base to be attacked in this way in six months. Adamawa state, of which Yola is the capital, has seen at least three Boko Haram attacks since January, including a suicide bomb in a mosque on 1 May, which killed 86 and injured 58.

The insurgency is also hardly surprising given the living conditions. The per capita income in the north-eastern states averages $1,182, well less than half the national GDP per capita at $2,700. Some 7.7 million people are now receiving international food aid in the region.

The lack of opportunities outside the oil and gas sector relates to the difficulty in trying to do business, with the country ranked 145/190 in the World Bank’s 2018 Doing Business Index. Credit is expensive and difficult to obtain, especially for small businesses. The cost of moving stuff around is formidable. Port clearance times are about 30 days, while the cost of a moving a 40-foot container across the city through Lagos traffic is as much as the cost of landing it from Europe. Seventy percent of Nigeria’s population does not enjoy a regular supply of electricity. The cost of a kilometre of tarred road is $2.8-million, more than 10 times the comparable cost in South Africa. As a result of all of this, Nigeria is ranked 131/137 for quality of overall infrastructure by the World Economic Forum.

The level of inefficiency in government processes is dire. At one point there were as many as 30 different agencies collecting fees at the ports, each helping to slow down the process to near stagnation. A drive alongside the trucks lining kilometres of congested road to the port in Apapa shows drivers asleep at the wheel, some having been there for days on end.

As one observer put it: “There is money to be made in chaos.”

In Nigeria, things don’t work for a reason. An extra day at the port means more money collected, multiple exchange rates mean that there are arbitrage opportunities, and every half-completed infrastructure project holds the potential for a renewed tender. That a vast number of ogas have managed to prosper in spite of (or because of) these conditions, reveals too the potential that Nigeria holds for growth.

Agriculture is an obvious area of possibility with a burgeoning population and vast arable lands. Again, though, this sector has so far failed to deliver. Nigeria’s average cereal yields are less than half those of South Africa, while local cattle produce just 5% of the global average for milk. The growth problems centre on seeds, skills, the scale of farms, and, increasingly, access to grazing, which brings about clashes between pastoralists and herders. The lack of refrigerated trucking and cold storage as well as poor packaging means that there is a high attrition rate between the farm and the port.

It’s clear what the solutions are, though their implementation will overwhelm government capacity unless properly prioritised (never a Nigerian strong point). Fundamentally, they will entail lowering prices for the majority, through, for example, allowing duty-free imports on fertiliser and seed, permitting the (at least partial) sale of the national oil company to secure the investments needed to raise long-term production, and legislating for community profit shares in oil schemes. There is an urgent need to de-risk the business environment overall, ensuring that you don’t only attract those investors with nerves of steel expecting as a consequence extraordinary returns.

With the country on the cusp of new elections in February 2019, these choices are even more relevant. The democratic option was not there before. At Atiku’s turbanning ceremony, Olusegun Obasanjo recounted his jailing by the military junta of Sani Abacha in the 1990s. He spoke at Lamido Palace, separated from the prison by just a wall. Obasanjo went on to be elected to the presidency twice, in 1999 and 2003.

Nigeria can move forward and repair its economy quickly if it chooses. Its democracy gives it the freedom to do so and the ability both to choose the right policy agenda and to hold its leaders accountable.

But this requires some ogas giving up their preferential position in the economy and sharing the love. Democracy requires that power should be held by the people, not by a narrow super-elite. That will be the hardest political sell of all, whatever the rhetoric about growth and diversification. And ogas (like ogres) are not known for sharing. DM

Dr Mills, Musker and Van der Merwe have been in Nigeria for the Brenthurst Foundation; Mills is the co-author (inter alia with President Obasanjo) of the forthcoming Democracy Works (Panmacmillan).