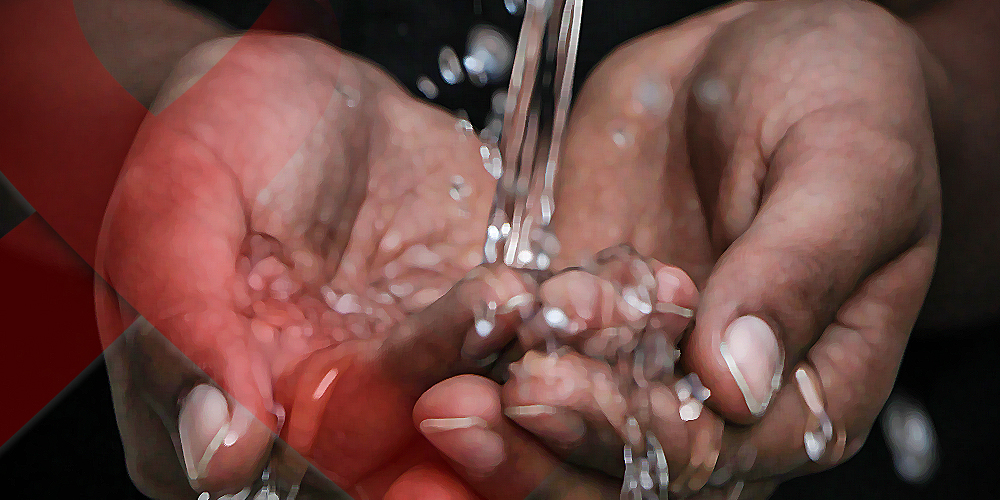 Analyses of drinking water in South Africa has shown that a range of pharmaceuticals and personal care products are in our water including antibiotics, antidepressants, artificial sweeteners, illegal drugs and ARVs.

This year marks the 30th anniversary of World Aids Day. This year’s theme “know your status”, reiterates the fact that HIV is a manageable disease and getting an HIV positive result sooner rather than later would allow quicker access to treatment and behaviour change to ensure a healthy lifestyle.

In the past few years, South Africa has made great strides towards the global 90-90-90 targets (90% of adults living with HIV tested, 90% of people living with HIV on treatment and 90% of those on treatment have viral suppression by 2020); 86% of people living with HIV in South Africa know their status and 68% are on treatment according to UNAids; the “test and treat” principles have been fully implemented. This year’s campaign also calls for policy makers to ensure a “health for all” agenda where HIV is not isolated in terms of testing, treatment and care but rather is a part of a broader agenda that advances the health outcomes for HIV positive and HIV negative people with an emphasis on healthier lifestyles for all.

However, while South Africa is on track to meet its testing and treatment targets, the scale of the treatment programme in South Africa and the concentration and possible accumulation of HIV ARVs in the environment could be creating new health challenges. A number of research studies conducted have identified HIV ARVs in South African waters. Currently, Project K5/2594, a 3-year Water Research Commission (WRC) funded project being conducted by the University of the North West looks at the presence, concentrations and risk implications of HIV ARVs in South African water resources. Preliminary results indicate the presence of HIV ARVs in treated waste water, in ground water, in tap water and in aquatic life including fish. Studies are still ongoing to determine the long-term effects of exposure to ARVs in water which are largely unknown. The scale and longevity of the HIV/Aids treatment programme in South Africa, the largest in the world demands, that we have an understanding HIV ARV in the environment as this could put the health of both HIV positive and negative people at risk.

How are HIV ARVs getting into our water?

South Africa has the highest number of people living with HIV – over 7 million, of these over 4.3-million are receiving treatment according to the WHO 2017 data. ARVs are the largest sold medicines in South Africa. Analyses of drinking water in South Africa has shown that a whole range of pharmaceuticals and personal care products are in our water including antibiotics, antidepressants, artificial sweeteners, illegal drugs and ARVs. Some of the routes through which pharmaceuticals including ARVs enter our water sources is through human excretion. Not all components of ARV medications are absorbed by the body so the parts left behind leave through urine and faeces – making toilet waste which ends up in treatment works the biggest contributor.

HIV ARVs also reach our water through the improper disposal of unused or expired drugs. Medication may be flushed down drains which directly enters the water system, or thrown away into landfills where water soluble components can eventually seep into ground and surface water. Additionally, with the overwhelming treatment demand, local ARV manufacturing was established in order to ensure the adequate and timely supply of ARV drugs. The production and distribution processes of ARV could also see drugs or their components ending up in our water system. While one would expect the wastewater treatment process to completely purify water, the reality is that treatment plants are currently unable and, in some cases, not designed to manage drug waste through human excretion or improper disposal.

What are the implications for human health and development outcomes?

Across the world, numerous studies have shown that pharmaceuticals and personal care products are present in water sources but there is still no clear evidence of the impact on human health. The absence of evidence though does not mean that humans are safe from any adverse effects of continual exposure to drug waste in water. For example, low concentrations of HIV drugs consumed through drinking water could create a situation for drug resistance once consumed by people living with HIV who are not on treatment. The extent to which drug resistance is possible still needs further research, however even a slight possibility needs to be ruled out considering the large numbers who rely on a limited number of drug combinations. More research is also required to determine the impact of continued exposure to various mixtures of pharmaceuticals – what happens when antibiotics and antidepressants combine with ARVs in our water supply?

Additionally, the long-term effects of drug waste in water are occurring against the backdrop of climate change, extreme weather patterns and ecological imbalances which all have a profound impact on water availability and water quality. Changes in water quality have a direct impact on water security and sustainability and consequently on our country’s economic and social goals. Adequate policy responses and actions are required to ensure that South Africa stays on track to meet its development goals as outlined in the National Development Plan (NDP). Further, Goal 6 of the Sustainable Development Goals (SDGs) calls for access to clean water and adequate sanitation for all by 2030. This means ensuring sustainable management of water resources and availability of water for all citizens.

What are some immediate actions to mitigate the risk of drug waste contaminating water?

Pharmaceutical companies should put in place strict measures to ensure safe disposal of drugs that do not end up in the waste water – realising the risk posed to their own business if they do not have access to safe water. Adopting a sense of stewardship, responsibility and accountability can contribute significantly to improved water and sanitation management and governance while contributing to sustainable development. In their production, manufacturing, and distribution, businesses can adopt good practices that protect water quality and availability and promote good hygiene and sanitation for consumers.

While government continues with its robust treatment programme, the heavy financial investment made should be safeguarded. Close monitoring of the amount of ARVs and their concentration in the environment must be carried out to mitigate the risk of secondary health issues from long-term exposure. Government support for research into the impact on human health of ARVs in the aquatic environment would also be critical.

Consumers should be aware that every tablet has an often-long term effect on the environment. For those on ARVs, unsafe disposal could be risking the long-term success of their treatment. Flushing unused or expired drugs down a toilet or sink may seem like an easy and effective way to dispose of drugs but this contributes to contamination of waste water. DM