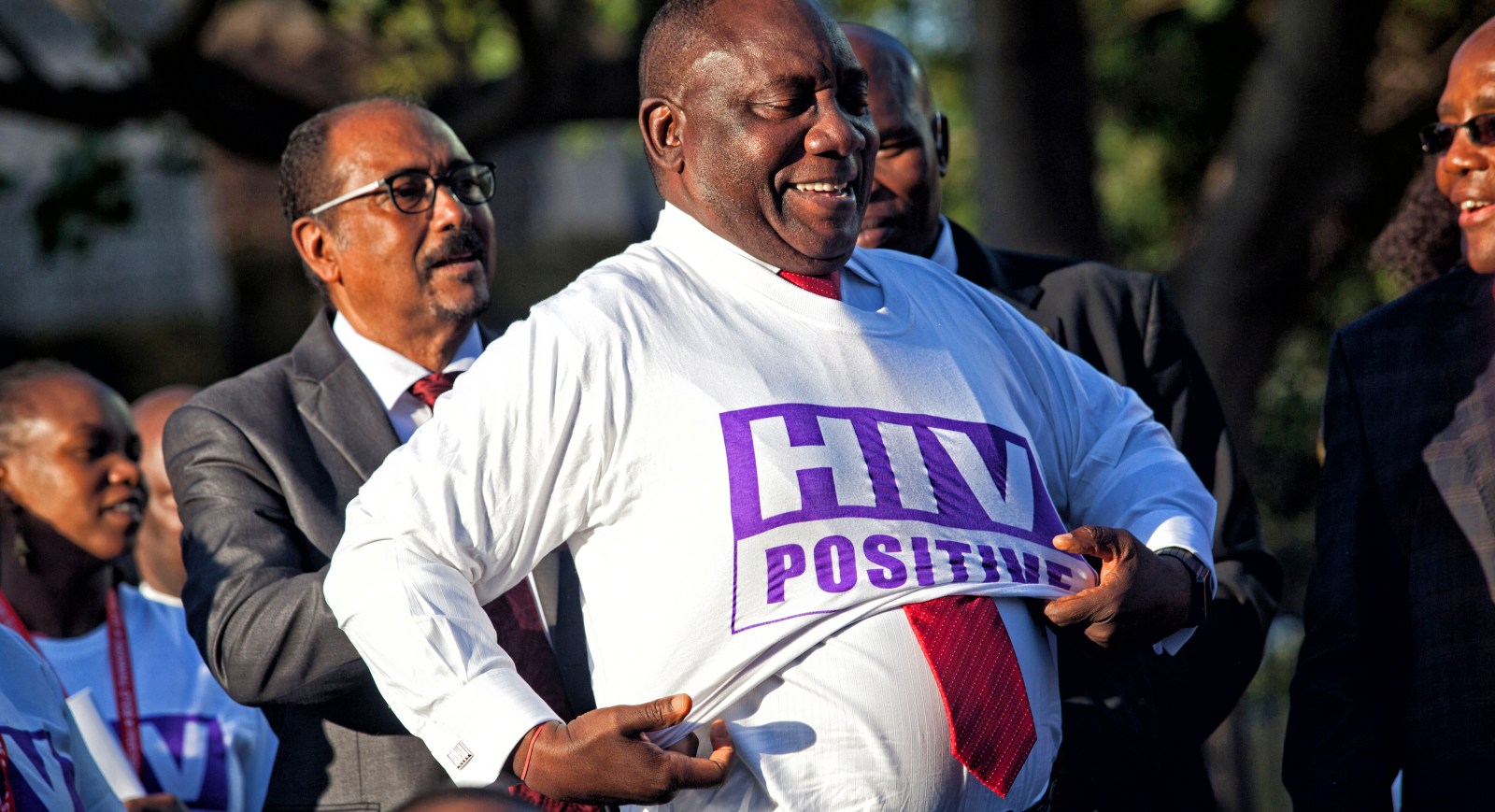 The Treatment Action Campaign and SECTION27 have called on Cyril Ramaphosa to make a strong statement on World AIDS day that includes a call on the leaders at the 2018 G20 meeting to ensure that funding for HIV prevention and treatment increases.

Greetings. Thank you for your tireless efforts to try to eradicate corruption and State Capture. We hope that these efforts will soon translate into a strong commitment to improve the quality of life of millions of our people, including their access to life-saving medicines and quality health.

As you know, we are rapidly approaching World AIDS Day on 1 December 2018. World AIDS Day this year is particularly significant given that it will take place as you meet with global leaders at the G20 in Argentina, and at the beginning of the sixth replenishment of the Global Fund to Fight AIDS, Tuberculosis and Malaria — hosted by the government of France.

World AIDS Day 2018 should remind us all that the global AIDS crisis is far from over. In 2017, 1.8 million people acquired HIV while prevention tools remain out of reach, and violence, marginalisation and criminalisation of women, girls and key populations continue to put people at high risk of HIV infection.

Today 40% of people living with HIV still cannot access lifesaving antiretroviral treatment. Millions more people face ongoing adherence challenges and mortality — be it from treatment fatigue with limited opportunity for effective counselling or support and poor access to mental health services. We also face a vast and deadly TB co-epidemic, limited HIV service provision due to health worker shortages and numerous other health system challenges. The reality is that the barriers ahead of us must be confronted.

During the early days of the global AIDS response we fought for the idea that governments around the world have a responsibility to do whatever they need to do to get HIV treatment to the people who need it. While governments now acknowledge their role, we are a long way from the true victory that will come when treatment and prevention are available for all, and our health systems deliver the life-saving services people require. We cannot sit back and relax while people on the ground are dying.

Today almost everyone agrees that we need to provide prevention, treatment and care to all who need it. The global adoption of the “90-90-90” Fast Track targets are testimony to that consensus. We have reached a point in the AIDS response where the question is not so much what to do, but to ensure that quality evidence-based programmes — grounded in the communities of people affected — are actually implemented.

In this context we are alarmed that funding for these HIV programmes from donor governments has declined in recent years. In almost every low and middle-income country, gaps in funding are undermining the HIV response and treatment, prevention and care services are being rationed. Last year a study by Kaiser Family Foundation & UNAIDS found that donor government funding for the global HIV response had declined by 7% in 2016 and was at its lowest level since 2010.

This should be a stark wake-up call for you as President of one of the worst-affected countries in the world. It should be a wake-up call for anyone who cares about saving lives and ending the global HIV epidemic. Just as we’re on the precipice of success and have finally reached 60% of people living with HIV on treatment, we get another reminder that politics is enabling or disabling the AIDS pandemic.

Countries across the world have agreed to a global strategy. But we need the money to see it through. We need an ambitious acceleration of financing for the Global Fund to Fight AIDS, Tuberculosis and Malaria and to ensure that there is at least $18 billion pledged in 2019.

That is why we are asking you personally to make a statement on World AIDS day that includes a strong call on the leaders at the 2018 G20 meeting to ensure the funding increases and the international solidarity needed to deliver quality treatment and prevention services around the world.

We trust you will do this. Millions of lives depend on it. DM

This is a shortened version of the letter. Anele Yawa is general secretary of the Treatment Action Campaign and Mark Heywood is executive director of SECTION27.