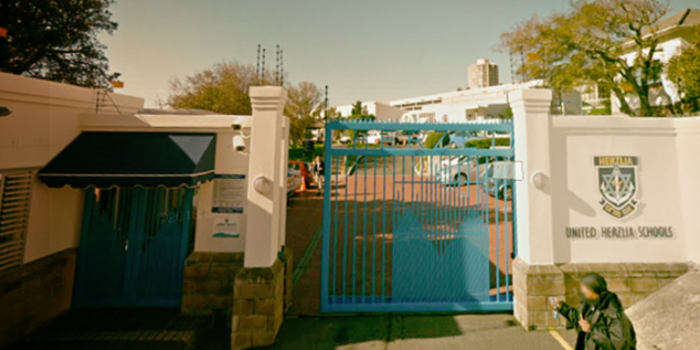 There is a real opportunity cost to denial and the digging in of heels – and that is the chance to reflect, engage, and chart a better course.

In her recent response to our article on the intimidation and harassment of two students at Herzlia Middle School in Cape Town, Herzlia must apologise for its suppression of debate, Dominique Herman decides not to engage with our arguments but rather to insist that Herzlia is a school which values free expression, that the boys were merely attention-grabbers, and that we have no authority to speak on the issue.

“As someone who went to Herzlia for all 12 years of her primary and secondary schooling”, only she, apparently, has the right to an opinion on the matter – to anyone who did not, “all (she) can say is, what are they talking about?” Unfortunately, that is not an argument.

Citing our criticism of the school’s heavy-handed response to a peaceful protest by two Grade 9 students during an assembly, she writes: “I know from experience that Herzlia is a school highly conducive to discourse and encouraging of debate.”

Of course, we are expected simply to take her word for it on this particular matter. Herzlia is in fact a wonderful school which always supports and even prides itself on debate and critical thinking – she swears, really, we must believe her, pinky promise.

The problem, however, is this: the very act in question is evidence of the opposite. Two students kneel quietly in an assembly, and the leadership of Herzlia views this as a serious enough threat to issue an immediate public rebuke in which they insist that “our pupils need to understand that when they cross a certain line there will be consequences”.

Naturally, this is not sufficient to express their fury, and so they go on to take firm disciplinary action, removing the boys’ school honours blazers, forcing them to write an apology letter and long essays about what they did wrong, requiring them to attend meetings with “community leaders” (presumably not to discuss the weather), and barring them from a farewell ceremony. And then, just to reaffirm Herzlia’s commitment to openness, the boys are disallowed from speaking to the press while the school issues a statement that distorts the facts to make it seem as if they are not going to be punished.

Believe Herman, though, and the school is very encouraging of debate.

The writer goes on to insist that “a more balanced and reasonable set of disciplinary measures than those imposed by Herzlia one would not necessarily find at another school”. Perhaps it is the case that other schools, less “highly conducive to discourse,” would order self-flagellation? By contrast, Herzlia’s attempts at public humiliation, shaming, exclusion, re-education, and the banning of contact with the press are a breeze. We should all be grateful that the school stopped at suppression of debate and went no further.

But there are other, more “appropriate” means of protest, Herman insists – the students should “(s)peak up in class, make a speech at assembly, write an essay and have it published, organise an evening of dialogue on the subject”.

There are two obvious problems with this criticism, which has been widely made by those who are enraged by the students’ actions but wish to disguise and sanitise their condemnation. First, it is likely that the boys involved and others at the school will desist from any such public attempts to confront the dominant narrative of the school in the future, having been so determinedly silenced and intimidated this time around – indeed, this silencing effect was precisely the intention of those who designed the punishment. They, and others who may think like them, have got the message loud and clear. This is a Zionist school, which means that opposing or criticising Israel is outlawed, disrespectful, and – that wonderfully vague and sinister word – “inappropriate”.

Second, and more important, there is further evidence that the school has little tolerance for criticism of Israel in any other manner or forum. GroundUp has reported that after a school assembly less than two years ago, the headmaster wrote a similar letter to the school community stating that an address by an invited speaker was “unacceptable” because he mentioned “the Palestinian struggle”. In a rather ominous tone, the headmaster apologised that the school was “not rigorous enough to pre-screen and control what is and is not acceptable rhetoric at a school assembly”.

Remember, though, Herzlia loves debate! (Just send them your speech first, and don’t mention the P-word in public.)

Generally speaking, the arguments advanced by Herman are quite typical of the mainstream South African Jewish community’s response to any perceived criticism. The usual strategy has four key features, which we are both personally familiar with after many years of unpleasant experience (although, unlike Herman, we do not think that personal experience is a necessary condition for the right to an opinion).

Step one: Make yourself appear reasonable and moderate by insisting that you are only condemning an isolated or extreme action, while supporting freedom of speech in general (but don’t worry, you’ll never be called to actually defend that free expression, you can just keep it handy for the next time you need to suppress debate).

Step two: Where children are involved, be as condescending as possible. Call them “a couple of teenagers in middle school” who are “(not) capable…of nuanced thinking.” Compare them to “adults” and “professional athletes,” who have by some opaque and uncertain process earned the right to an opinion. Make them look and feel small.

Step three: Accuse them of self-aggrandisement and attention-seeking. Insist, without evidence or true knowledge of their intentions, that what they are doing is “grandstanding”. Call them cowards, because it can’t possibly be “brave” to stand up for your deeply-held principles in a hall surrounded by several hundred people who disagree with you. You must simply be doing it for the love of being victimised.

Step four: Most importantly, invoke widespread anti-Semitism as a decoy to silence any dissent or criticism within the community. After all, it is “already under scrutiny and siege by many outside of it looking to pounce on any perceived or real misstep,” so why add fuel to the flames?

This last argument is perhaps the most pernicious, and is nothing more than a smokescreen. For one thing, it is absurd to claim that anti-Semitism is caused by criticism or debate within the Jewish community – such ethnoreligious prejudice has different roots altogether. For another, even if it were true that incidents like this one exacerbated resentment of the community, the obvious response should be to prevent the incidents from occurring in the first place – not to silence justified criticism.

We are confident that this strategy is transparent, disingenuous, and harmful enough that reasonable readers will reject it. If South Africa’s Jewish schools want to escape criticism, they should engage in some serious introspection, issue a long-sought apology, and change. DM