Category 5 tropical cyclones may be headed for SA shore... 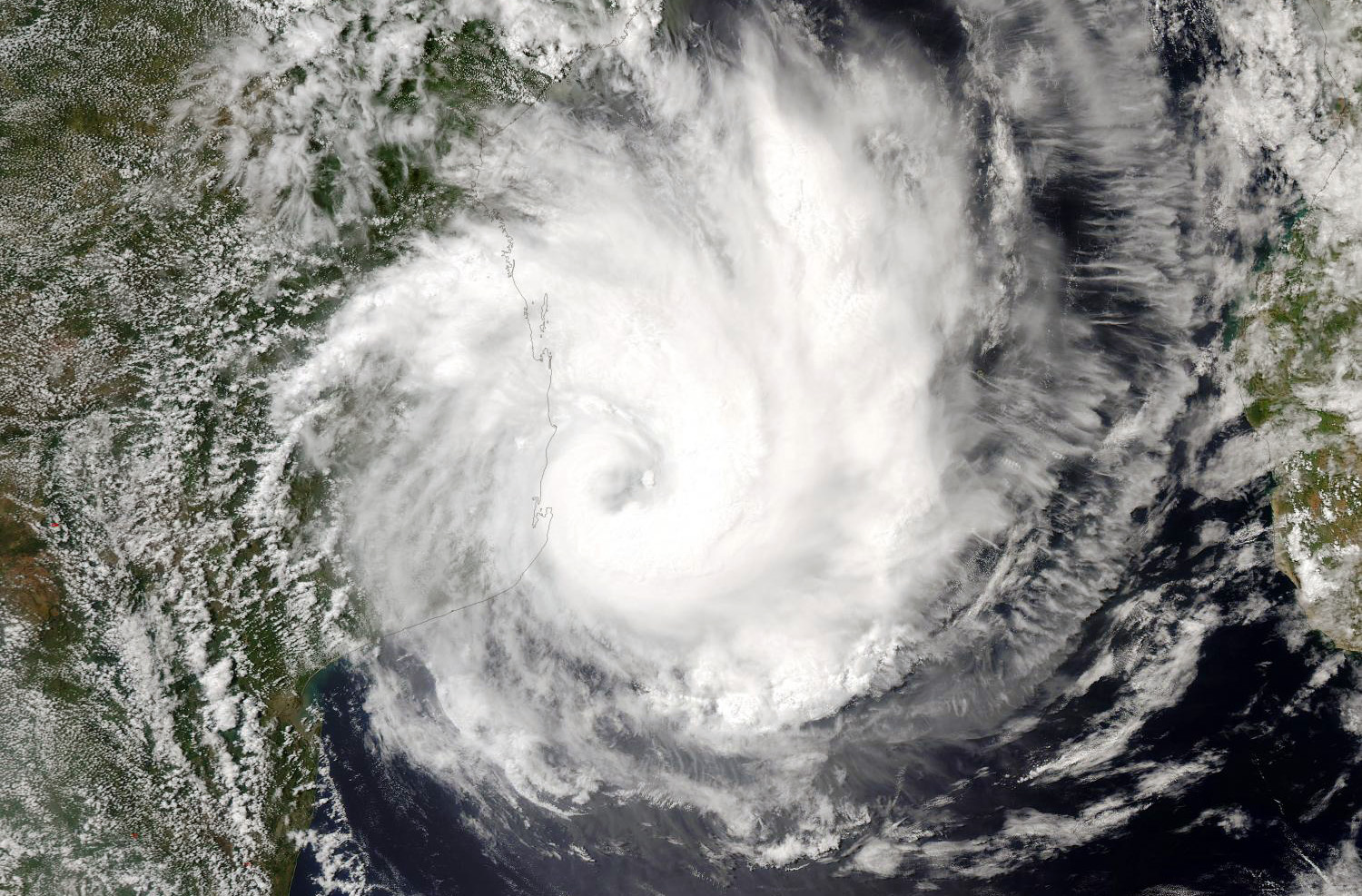 As the South Indian Ocean heats up due to global climate change, South Africa and Mozambique are increasingly likely to face the full fury of Category 5 tropical cyclones as changing sea surface temperatures create conditions that would allow these cyclones to bypass Madagascar and pummel the African mainland.

South Africa is facing a heightened risk of sea storms as the Indian Ocean heats up from global climate change, exposing the country to more severe and potentially “catastrophic” damage from tropical cyclones.

This is the warning from University of Witwatersrand climate change researcher Dr Jennifer Fitchett in the latest issue of the South African Journal of Science.

She notes that South Africa’s eastern coastline is presently protected from severe sea storms by the massive island landmass of Madagascar, which acts as a shield for the African mainland.

However, as the South Indian Ocean heats up due to global climate change, South Africa and Mozambique are increasingly likely to face the full fury of Category 5 (CAT 5) tropical cyclones as changing sea surface temperatures create conditions that would allow these cyclones to bypass Madagascar and pummel the African mainland.

She says the research results are worrying as the southern African region includes a number of economically developing countries and small island states, which cannot afford large capital investment in infrastructure adaptation measures to mitigate against the threats of tropical cyclones.

“However, all of the storms that make landfall have devastating impacts on the livelihoods, habitat, economy and natural environment of the country affected. Thus, the threat of increasing proportions of the highest intensity tropical cyclones, even under scenarios involving an absolute reduction in storm numbers, is therefore potentially devastating.”

The biggest worry she says, is the heightened intensity of future cyclones.

Eighteen years ago, Mozambique was battered by Cyclone Eline, an event that made international headlines — including images of the helicopter rescue of Baby Rosita Mabuiango, who was born in a tree after her pregnant mother Sofia was marooned by floodwaters.

Eline also caused devastating floods in Zimbabwe and parts of South Africa before tracking almost 2,000km into the interior to cause substantial rainfall over the semi-desert of southern Namibia.

However, to put the severity of that storm into context, Fitchett points out that Cyclone Eline was only a CAT 2 event, whereas her research highlighted the increasing likelihood of CAT 5 cyclones moving further south.

CAT 5 cyclones are the worst you can get, she noted, with winds howling at speeds of more than 270km/h and heavy rain dumped for 500km on either side of the storm centre.

In a telephone interview, Fitchett said it was vital to keep monitoring long-term trends, as tropical cyclones could develop to reach CAT 5 status in the space of just two to three days, allowing little time for emergency services to prepare or react.

Fitchett’s study was based on a data set endorsed by the World Meteorological Organisation that dates back to 1842. These records indicated that the first recorded CAT 5 tropical cyclone in the Southern Indian Ocean happened in 1994.

Fitchett notes that a sea surface temperature of at least 26.5°C, along with other factors, was needed to kickstart the formation of a tropical cyclone.

She noted that the Intergovernmental Panel on Climate Change had long suggested that climate change would result in an increased frequency and intensity of severe climatic events — and the increased frequency of CAT 5 storms, particularly for a region that had not previously experienced very high intensity tropical cyclones, appeared to demonstrate the manifestation of the sea surface temperature warming on tropical cyclone systems.

“Although the South African coastline is currently protected from tropical cyclones by Madagascar, this southward trajectory has the potential to heighten the proportion of storms tracking south of this island nation, which currently takes the brunt of tropical cyclones in the South Indian Ocean.

“As one of the most economically important countries in subSaharan Africa, even infrequent storms pose the threat of catastrophic damage for South Africa. High intensity storms would not only increase the potential for damage through the heightened wind speeds and rainfall, but storms of higher intensity additionally have a wider storm radius, increasing the region of damage on landfall,” Fitchett concluded. DM