Gordhan calls a halt to racist attacks, threats to fami...

Gordhan calls a halt to racist attacks, threats to family, lays charges against Malema and Shivambu 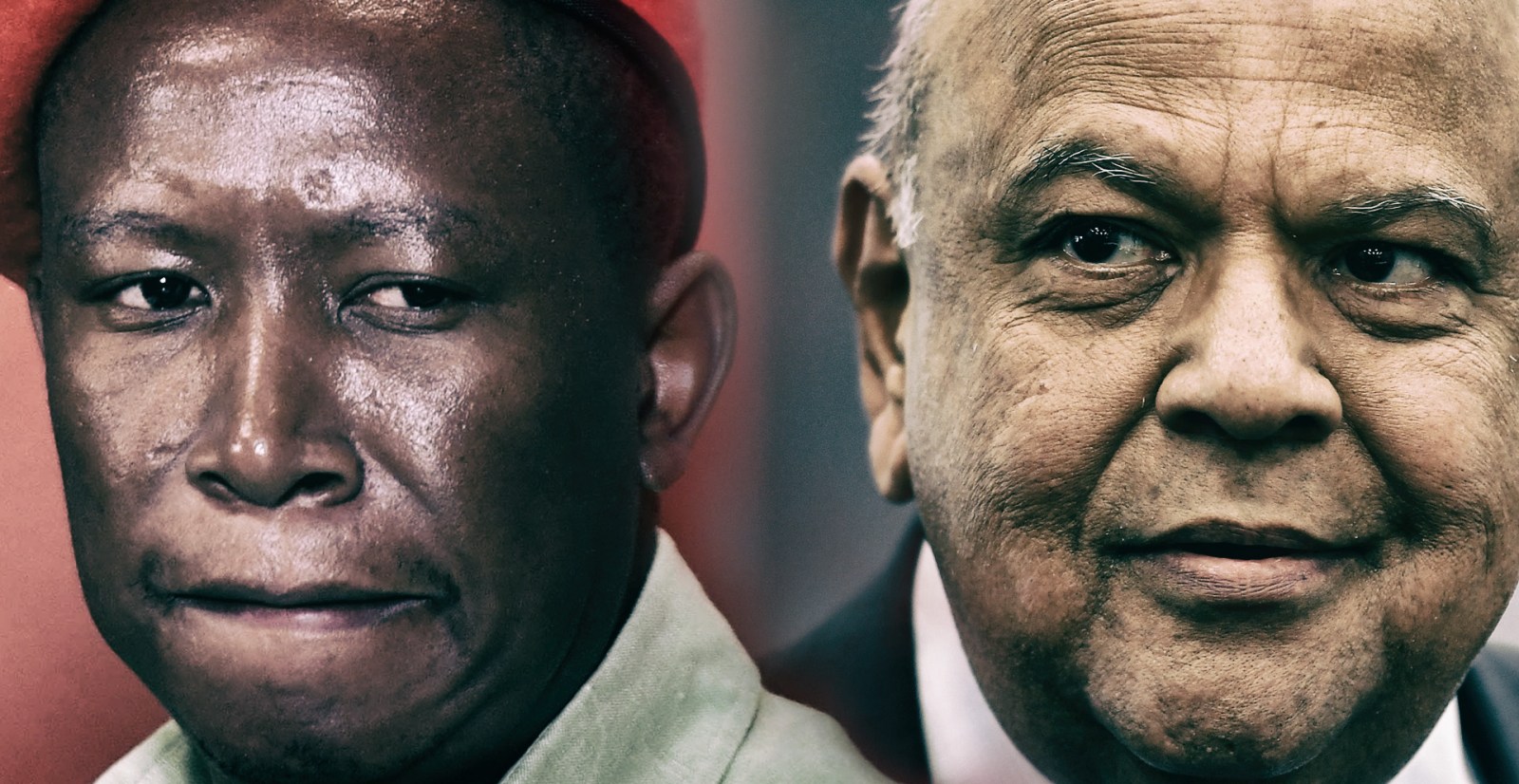 After a two-day protest by the Economic Freedom Fighters outside of the Zondo Commission while he was testifying, Pravin Gordhan fights back against Julius Malema and Floyd Shivambu for what he describes as hate speech and the use of inflammatory language meant to incite violence and cause a distraction from State Capture and corruption.

Public Enterprises Minister, Pravin Gordhan laid charges on Monday against Economic Freedom Fighter’s Commander in Chief Julius Malema and Deputy President Floyd Shivambu for inflammatory statements made by the EFF leaders and targeted at him.

“I think what we’re saying to South Africans is that we can’t, any longer, allow the corruption that’s going at all levels in this country to be masked by racism, by personal attacks, by family attacks and of course political attacks as well,” said Gordhan.

The charges, lodged at the Brooklyn Polices Station in Pretoria and the Equality court, included crimen injuria, defamation of character and incitement of violence, and come after the EFF leaders staged a public demonstration outside the Zondo Commission of Inquiry last week during Gordhan’s two-day testimony into State Capture.

It was there where Malema, speaking to an EFF crowd, called Gordhan a “dog of white monopoly capital” adding that “we must hit the dog until the owner comes out”. Later on in his address he said there will be “casualties…even loss of life” in the ongoing political war between the minister and the EFF.

Commenting after lodging the charges Gordhan said: “Politically we can expect people to differ with us… but when you refer to others in inflammatory terms, call the lead investigator of the commission the B-word and pass wrong information, it is time to stand up.”

In a statement released later Gordhan said: “The determined defence of corruption and the corrupt, using personal attacks, racism and alleged hate speech is not acceptable and must be challenged.

“I have not responded until now to the absolute nonsensical and unsubstantiated attacks, but extending these attacks to my family and threatening harmony amongst the people of South Africa was a step too far. Enough is enough.”

The police will be investigating whether Malema’s comments outside the commission constitute incitement to violence.

According to Tebogo Malatjie, legal representative to Gordhan, a “combination of statements since July” have been an “unlawful act to harm the dignity of the minister”.

It was back in July that Malema called Gordhan a “gangster” in charge of an “Indian cabal” operating under the shadows, which orchestrated the rogue unit within SARS and is hell-bent of ending his political career.

The Equality Court will consider whether comments made by Malema and Shivambu constitute contraventions of Section 10 of the Equality Act in that these were clearly intended to be hurtful, incite harm and promote hatred and thus constitute hate speech, as contemplated by the act.

The complaint against Shivambu relates to several comments he made in a blogpost claiming that, among other things, Gordhan was the head of an “Indian Cabal” that “operates a parallel state apparatus in the country” and employs a combination of narcissism, self-righteousness, manipulation and threats to domesticate African comrades and achieve his selfish ends”.

Gordhan contends that these and other statements are hateful and defamatory against him.

Gordhan, through the Equality Court case is seeking an unconditional apology from both Malema and Shivambu and for R150,000 in damages to be awarded. If successful, the damages will be donated to a charity that supports job creation for the youth.

“It is time for all South Africans to take a firm stand against racism, lies and fake news and contribute to the building of a united, non-racial and non-sexist democratic South Africa. All of us as South Africans must continue to fight corruption in the private sector and in the state,” Gordhan said.

For Gordhan, Malema and Shivambu’s comments are distractions from “the bank that found itself in trouble” where R2-billion meant for stokvels and poor people was stolen.

The formal charges against Malema follows strong criticism of his remarks by the Kathrada Foundation and the South African Council of Churches, who called the comments “inflammatory and reckless”.

On Monday, Malema tweeted that he will be opening a criminal case of money laundering, racketeering, corruption, contravention of the intelligence act and perjury among others against Gordhan.

The EFF, of course, are not strangers to being sued for inflammatory statements and have made a strong political career from risky, over-the-top and borderline racist language meant to stir things up in public.

In March the Democratic Alliance lodged a complaint of hate speech and violence against Malema for comments he made regarding the removal of Athol Trollip as mayor of Nelson Mandela Bay.