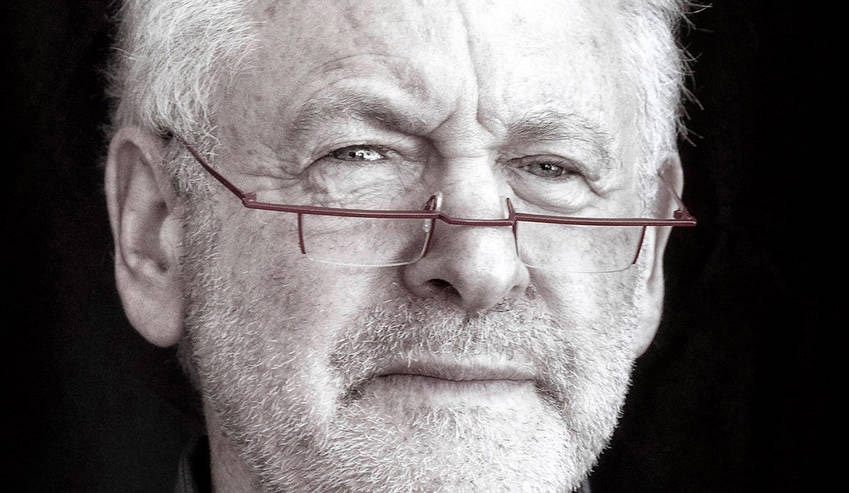 There continues to be widespread xenophobia in South Africa and some discourse has dangerous implications. When the Minister of Health, Aaron Motsoaledi, referred to overcrowding of hospitals by immigrants constituting a danger of the spreading of disease he fed into a common depiction of immigrants as bearers of disease. This has a dangerous history of stigmatisation-found in South Africa, Rwanda and also found with Hitler.

Recently, Minister of Health Aaron Motsoaledi expressed his concern about the influx of illegal immigrants because of the strain this was placing on the health system. He referred to the high percentage of immigrants in hospitals, saying that this was leading to overcrowding and heightening the possibility of the spread of disease. He claimed that undocumented immigrants are flooding South Africa and overburdening clinics and hospitals. When immigrants “get admitted in large numbers, they cause overcrowding, infection control starts failing”. (In 2015, former Gauteng health MEC Qedani Mahlangu expressed similar sentiments, saying that “nine out of 10” patients in provincial health facilities were immigrants and blamed them for putting a strain on the healthcare system).

As often happens with such statements, Motsoaledi was quick to deny that he was xenophobic but that he believed there ought to be better controls in order to stem the tide of illegal migrants. He said that South Africa must re-evaluate its immigration policy in order to prevent so many illegal immigrants from entering the country. Such sentiments are not restricted to ANC ministers or members but found in the DA, COPE and other parties and among sections of the public.

In some ways, there is nothing unusual about what Motsoaledi said for it is part of a general discourse around the presence of relatively poor foreign migrants, from Africa and Asia, trying to live in South Africa. But let us unpack the layers of meaning beneath the seemingly legalistic and medical concerns.

The minister speaks of a concern with illegal immigrants yet presents no statistics. What is characteristic about the presence of immigrants generally is that constantly inflated figures are used and have been shown to be unrealistic.

Common in the discourse around xenophobia is also a blurring of the distinction between legal and illegal migrants. How many migrants without documents would have found their way into hospital beds? How many hospitals would have admitted illegal immigrants, even if they are legally obliged to give them emergency care? Given that so many end up being turned away and giving birth on pavements or at railway stations, how many migrants would have been able to get into a hospital without an ID or some or other very authentic papers? How many would have been refused entry even with the papers, given the level of irregularity that is prevalent?

That being the case, the overcrowding of the hospitals and over-representation of foreign migrants, if it were true, has got nothing to do with border controls and lax immigration authorities. The objection that the minister lets slip is not to illegal immigrants but to foreign migrants in general taking places in beds. Whatever the Constitution and the Freedom Charter may say, the truth of the matter is that healthcare is seen – by the minister – as a service for South African citizens and they ought not to be squeezed out (if that is in fact happening) by foreigners, whether they are legally or illegally present.

Now this blurring of the distinction between a migrant who is legally in the country and one who is without documents is very common in the discourse because in reality many who practise xenophobia do not care whether or not people have documents. They just want them out and to go home. Those who send threats to traders to get out or burn down their shops do not ask for their papers. Those who attack and kill vulnerable foreigners do not cease their threats or actions on seeing that they have documents allowing them to be present in South Africa.

In that sense, Motsoaledi is in line with the sentiments of those who instigate attacks and some sections of the public who do not place value on the lives of all human beings or, in the case of small traders, may see immigrant traders as unfair competition. This is the case with some or many but not all people, in townships and South Africa generally, for we know that many value the services of immigrants and some have sheltered them from attacks.

Another element of Motsoaledi’s statement may seem innocent and of purely professional interest, when he raised the concern that the overcrowding may lead to spreading of disease. This could be taken as the normal fear of a doctor and a minister of health, if it were not for the discourse around foreign migrants which perpetually associates them with disease, threats to our health and well-being, referred to as carriers of Ebola (in the words of Johannesburg mayor, Herman Mashaba, for which he later apologised) and other characteristics that bear bad omens signifying “impurity” and consequences that are negative for the fabric of South African society.

Anyone who knows the history of South Africa will recognise that this discourse is not purely one deployed against foreign migrants but has accompanied the presence of Indians and Africans in the cities, which in various phases of South African history has led to removals and many of these were claimed to be motivated by fears for health and the spread of disease.

The truth of the matter is that there is a crisis in the health system and it has nothing to do with the number of foreign migrants – legal or illegal – inside the country. The Minister ought to have the courage to admit this and find ways of addressing it, or resign.

But we know, even with the removal of Zuma, that we still live in a time of cowardice and callousness, where targeting the vulnerable is more likely to happen in the case of many leaders and officials, rather than assuming their own responsibility for the problems or remedying them.

By diverting attention towards an imaginary cause, Motsoaledi feeds into widespread prejudices against foreign migrants. This discourse can create extensive conflict. It is a species of populism made known to the world in the last century by one Adolf Hitler, who scapegoated Jews, attributing a range of characteristics to them – including the spread of disease – which was said to bear a direct relationship to the misfortunes that people of Europe and Germany in particular were experiencing at the time. Populism (like fascism) does not try to address real causes but to divert attention away from these towards soft targets or ones that correspond with prejudices already in some people’s minds.

The presence of immigrants in South Africa has been related to a range of other misfortunes – allegedly causing South African job losses, criminality and many others. These have been repeatedly contested by specialists in the areas concerned.

Equally, it has been acknowledged that the public healthcare system is stretched to the limit, but this, it has been argued, relates to years of mismanagement, understaffing, poor planning and corruption. (See above Bhekisisa.org article). Instead of addressing the problems in good faith, Motsoaledi and other resort to demagoguery.

The freedom fighter ought to carefully study a problem, using as much time as is required in order to address it properly, before making pronouncements on its causes. The person who is committed to freedom ought to be found on the side of those who assert a common humanity among all inhabitants of South Africa.

Careless slander and scapegoating of immigrants runs against the sentiments that lay behind the formation of the ANC, the Freedom Charter and the Constitution we have today. The establishment of the ANC in 1912 was preceded by a famous statement of Pixley ka Isaka Seme, where he called for an end to tribal enmity and division. That division had facilitated the conquest of the African people by colonisers and he stressed “we are one!” meaning thereby that the goal ought to be to build a common society. Over the years that followed, that notion of unity of the people was broadened to include all “who live in South Africa” and a commitment to Pan-Africanism, meaning that we belong to Africa, and Africa belongs to us.

The foundation of the ANC was not only attended by South Africans but by kings and chiefs and others from neighbouring territories, thus indicating that even in 1912, the ANC understood that there was more that joined the people of South Africa to its neighbours than that which separated them. At various times, citizens of neighbouring states, like Michael Dingake, joined MK and served long sentences on Robben Island.

When we confront these divisive, inflammatory statements, those who believe in freedom need to answer by affirming the inclusive and universal character of our democracy, that it was not sought purely to be enjoyed by those who bear South African citizenship, that all who walk in our streets or struggle to find shelter, wherever they may be, are included. They are all intended to be its beneficiaries.

The period of looting and corruption has depleted resources including those allocated for healthcare. That much is well known, and it has nothing to do with immigrants. What we are learning is that the departure of Zuma did not automatically change the mindsets of the leadership of the ANC, in important respects. Cowardice persists. There are some who are content to leave the recovery of looted resources to Pravin Gordhan alone, no matter what slander is heaped on him by the EFF and others.

More important for this discussion, the Zuma period was one of hunger for loot and callousness and unconcern for the plight of the poor and the vulnerable. Attacks on poor and vulnerable immigrants (for the wealthy white immigrants are left alone) are a manifestation of this indifference and lack of concern towards those who experience poverty, marginalisation and vulnerability.

Undoubtedly there are still some brave people inside the ANC and some of the things that Motsoaledi did to bring down Zuma were important. But we know that there has not been a recovery of the sense of solidarity with the poor that characterised some of those who inspired many of us, when we saw the ANC as the leading force in the liberation struggle. That commitment to universal freedom, humanism and concern for all fellow human beings needs to be rebuilt, from outside and inside the ANC and by all other organisations committed to an emancipatory vision. DM

Raymond Suttner is a scholar and political analyst. He is a visiting professor and strategic advisor to the Dean of the Faculty of Humanities, University of Johannesburg and emeritus professor at UNISA. He served lengthy periods in prison and house arrest for underground and public anti-apartheid activities. His prison memoir Inside Apartheid’s prison was reissued with a new introduction in 2017. He blogs at raymondsuttner.com and his Twitter handle is @raymondsuttner