Writing the election 2019: Things just got a lot worse for the ANC 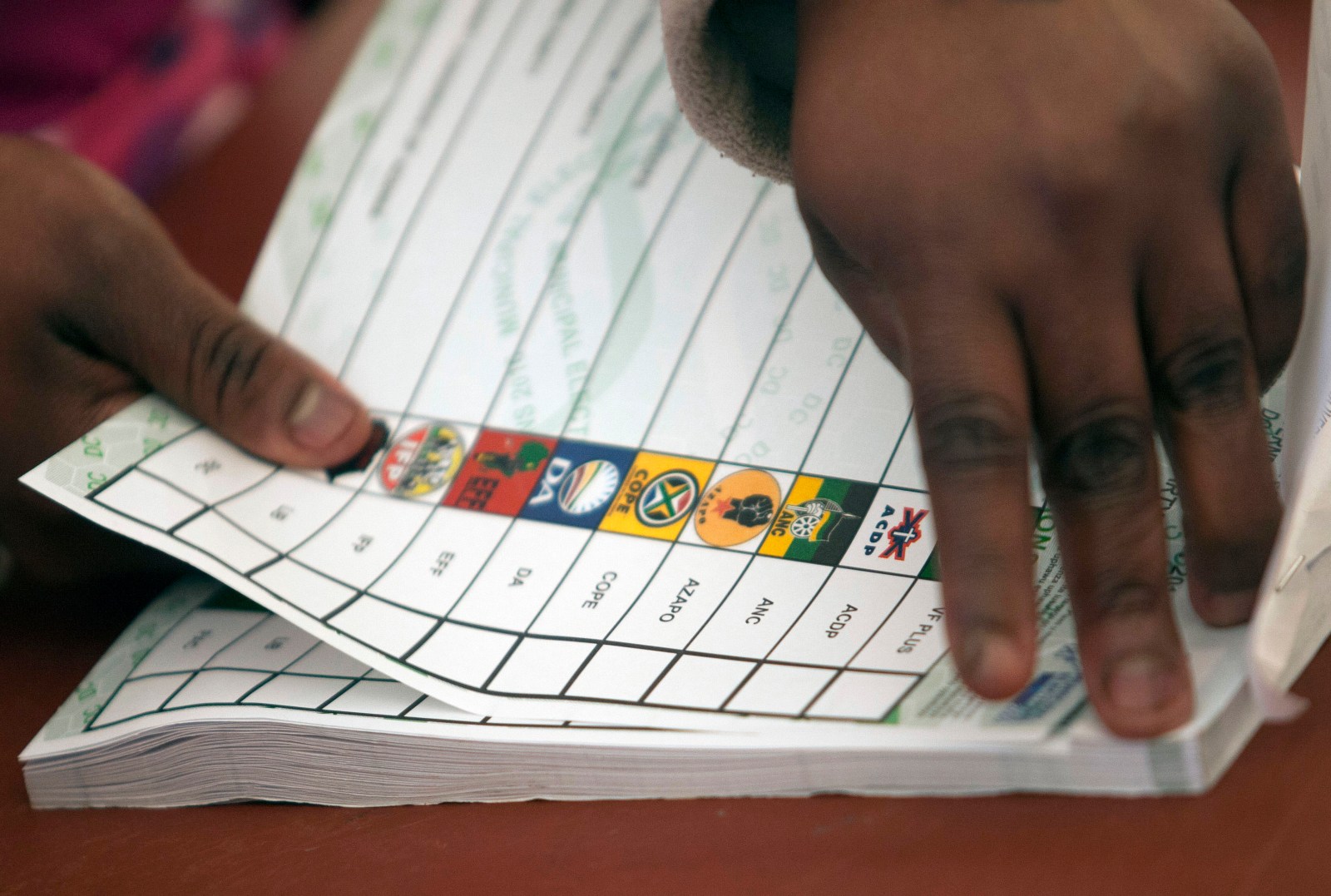 If the maladministration of the past decade, and especially the burst carbuncles of the past week are anything to go by, there is little trust in the ANC’s leaders. There is a sense that the ANC have taken the country as far as they could, and can do no more.

If, as suggested in this Op-Ed three weeks ago, neither one of the three major political parties was ready for the 2019 election, things got a whole lot worse for the ANC last week. This lack of readiness has nothing to do with actual election manifestos or plans being in place, and everything to do with dissent, factionalism, resignations and general instability within the ANC, the DA and the EFF.

At the date of designation, 13 March 2014, the three parties represent 90.75% of the seats in Parliament’s National Assembly. Whatever one may think of either one of these parties, they are powerful and significant – albeit for different reasons, and to varying degrees. The ANC are powerful because they have a majority in Parliament, and they are influential because of incumbency. At the level of perception, and in reality, for that matter, the ANC is taking a beating. It may be a harsh statement, but it is becoming increasingly difficult to find a senior leader in the movement who has not been touched by scandal, corruption, or who has not been associated with dodgy doings. Three prominent examples are discussed, below. First there is the issue of diminishing trust.

Two of the major factors that define success in politics are trust and perception. At the moment there is a perception that a majority of the population no longer trusts the ANC. Borrowing, for purposes of analogy, from a pre-Soviet Russian film classic, most people see maggots in the meat that the ANC has provided society, but the leaders insist that the creepy crawlies in the meat are dead larvae of flies that can be washed away with brine. “We’ve had enough rotten meat”, the voters are saying, “it’s not fit for pigs”.

That analogy becomes creepy when one recalls that in May this year, an ANC councillor in Limpopo Province, Motsatsi Masedi, was forced to go into hiding when her house was burned to the ground by community members who accused her of feeding mourners poisoned food at a funeral.

It is more than a decade after one of the (then) ANC leaders, Mosiuoa Lekota conceded that progress under his party had not been as good as it could have been. At the time, he cited a Congolese saying: “If you don’t want flies, don’t put rotten meat on the table”. Prescient, eh?

Given the maladministration and corrosive leadership of the Jacob Zuma era, things have, arguably, gone from bad to worse. Trust in the ANC is at its lowest since the movement was unbanned almost three decades ago, in 1990, and if research results are anything to go by, the movement would do well if it gained a little more than 50% of the vote in 2019.

The question why anyone should vote for the ANC may be prefaced, then, but the bigger question: Can the ANC be trusted? If the maladministration of the past decade, and especially the burst carbuncles of the past week are anything to go by, there is little trust in the ANC’s leaders. There is a sense that the ANC have taken the country as far as they could, and can do no more. It’s a bit like the way that Pep Guardiola’s ideas and tactics made Arsene Wenger like a dinosaur.

Anyway, this contention that the ANC may be running out of ideas, may help explain President Cyril Ramaphosa’s statement, in June, that voters should no longer make their decisions on the liberation credentials of the ANC, but on what they movement has achieved while in government, and what it would do in the future. The future has not happened, and all the voters have to work with is evidence of maladministration, corruption, graft, nepotism, patronage and, of course the hollowing out of the state.

A Week is a Long Time in Politics

It’s a tired old phrase. We use it often, and sometimes rhetorically. A week is a long time in politics. And last week was one of the lowest points in the leadership of the ANC. As if things could not get any worse, the trust in the ANC that President Ramaphosa has tried to rebuild after his election to the leadership of the party at Nasrec in December 2017 reached a new low. Early in the week, during her testimony to the Judicial Commission of Inquiry into Allegations of State Capture, the former Minister of Public Enterprises, Barbara Hogan, revealed the gritty details of maladministration and political meddling in the institutions of state.

Hogan also explained how her late husband, Ahmed Kathrada had to wait in the car while she met former President, Jacob Zuma. Now that may not be a big deal, but here’s a little known fact: There was an occasion when Kathrada was denied access to an important ANC venue because he did not have security clearance. The security or reception people treated him disdainfully and dismissively; they simply did not know or care who he was. This was at the height of Zuma’s tribalism in the ANC. As if he needed introduction, Kathrada was one of the people sentenced to life imprisonment in the Rivonia Trial, and spent 26 years and three months in prison. Hogan’s testimony was precisely the proof that is needed for professionalising the public service, and breaking the interface between politics and public administration. Doing this would extend the unemployment lines and/or fill EFF membership.

Later last week, and coming within a few weeks of the resignation of Nhlanhla Nene as Finance Minister, South Africa’s Minister of Home Affairs, Malusi Gigaba, crashed and burned. He resigned from his Cabinet post, and from his position as a Member of Parliament in the wake of a series of controversies and dealings which have been questioned in public. It should be said, his peccadillos and predilections and are nobody’s business, but his handling of the Home Affairs portfolio is, or at least it was, in the public interest. By the end of the week Gigaba emerged like another puss-filled carbuncle in South African politics, when, it was reported, his name was scattered across a report into questionable deals and alleged illegal pecuniary gains into an earlier incarnation as a Cabinet minister. We have to assume that Gigaba is innocent, and just terribly misunderstood. And for the record, there is no truth in the rumour that Gigaba intends to start a bespoke suit-making business.

Continuing to make the ANC’s name mud did not stop with Gigaba. That other carbuncle the Deputy President, David Mabuza, went missing in action a few weeks ago. Although we cannot be sure about the action part. Anyway, reports have suggested that the Deputy President had spent a couple of weeks in Russia for “routine” medical treatment. Just by the way, carbuncles have to be lanced and drained before healing can begin.

There are at least two ways to look at Mabuza’s medical tourism. One is that, like Robert Mugabe, the former Zimbabwean leader, and his frequent trips abroad for medical treatment, Mabuza seems to have little faith in South Africa’s health care system. The other is that Mabuza is a hangover of the Zuma era, and everything that goes with that. In other words, the Deputy President may simply have been despatched on business. Except nobody told anybody just what business he was doing in Russia. Maybe somebody told somebody, but nobody told the public. Then again, he is the Consiglieri. For now, we have to accept that he really was, or is sickly. Someone should, nonetheless, explain the point of David Mabuza.

Also last week, President Ramaphosa retracted a statement he made to Parliament, and admitted that a payment of as much as R500,000 had been made into a trust account that helped fund his campaign to become president of the ANC. Again, we have to accept that Ramaphosa received new information, and sought to correct his initial error, when he initially said that his son, Andile, had not received or relayed any illicit funds.

The events of last week referred to above have thrown up fresh questions about ANC leadership. It is hard to identify any politicians who have not been seduced and tainted by corruption and maladministration. There are, no doubt, exceptionally smart and trustworthy party members and loyalists who are “outsiders” or who have simply made themselves unavailable for public office. They is a chance that they may be rolled out for the election. That is, if they are prepared to feed the maggot-ridden meat to the masses. And we know how that ended on the Battleship Potemkin. DM