The case of Unisa: Belinda Bozzoli is embarrassingly blinded to some basic facts 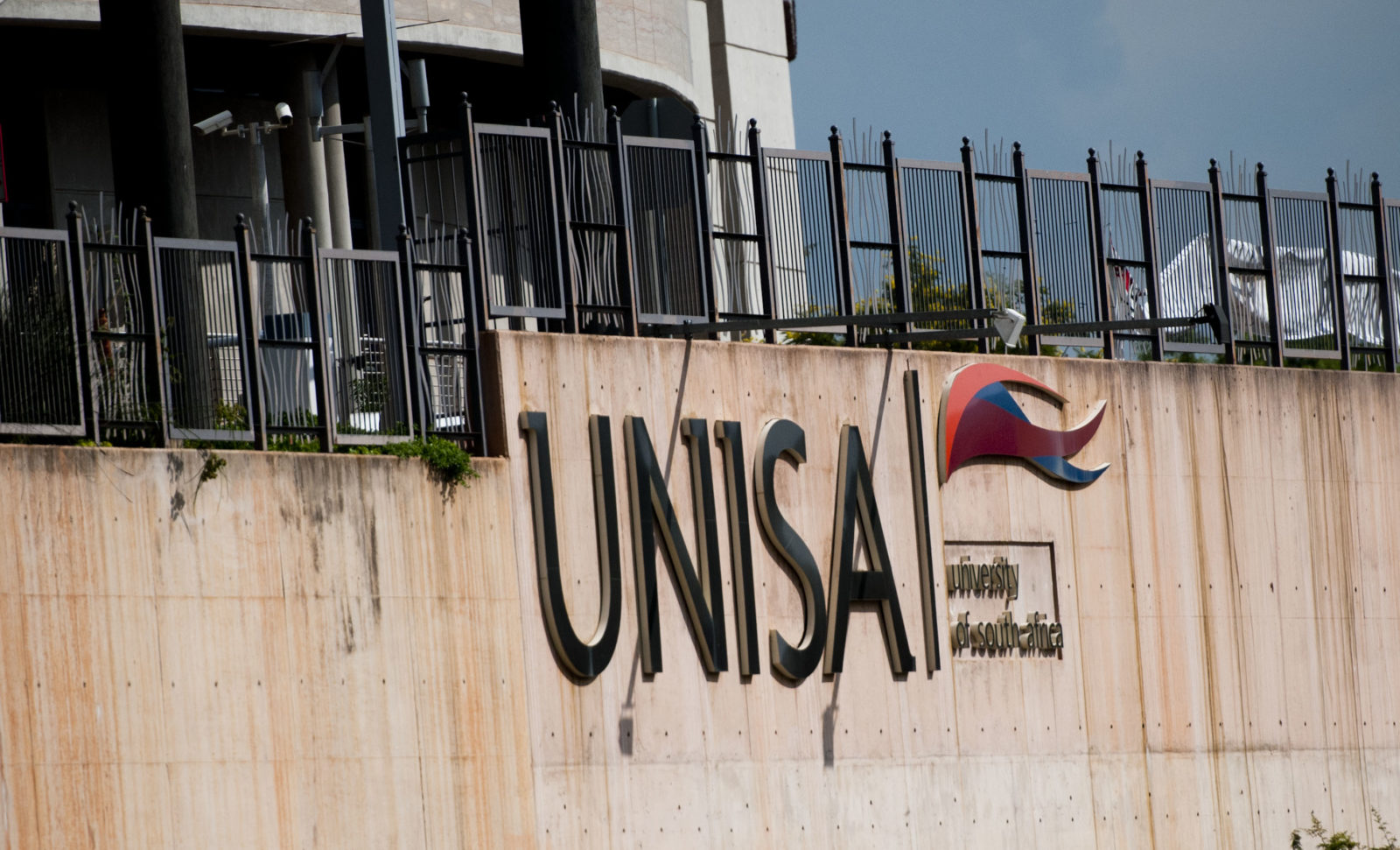 The National Education, Health and Allied Workers Union (Nehawu) members protest outside the University of South Africa (Unisa) on January 25, 2017 in Pretoria, South Africa. Unisa staff members affiliated to the union blocked the entrance of the main campus in protest over wages. (Photo by Gallo Images / Thapelo Maphakela)

The ‘esteemed’ professor pretends to be ‘neutral’ and ‘objective’ while she betrays a deep-seated racist attitude. By Kgagudi Morota for the Unisa Black Forum.

This is a response to an Opinionista by Professor Belinda Bozolli, in Daily Maverick, 13 November 2018

So treacherous are these times that the late sage Keorapetse Kgositsile warned that such times are dangerous to live in. He was referring to this absurd dispensation in which the past is miraculously swept under the mysterious apparition called the rainbow, whose objective is to whitewash centuries-old damage to the black majority by a white settler minority.

The result is a wholesale delegitimisation of black pain in pursuit of the dubious objective of social cohesion in the absence of justice. It is this very absurd state of affairs that means that characters like Belinda Bozolli and Helen Zille, the last remaining matriarchs of white supremacist ideas, have the audacity to speak and act from what ostensibly is a clean slate. That can never be, the slate can never be clean until it has been fully exposed and systematically cleaned. The transformation cause at universities is one such imperative to clean the slate and level the playing field.

The Black Forum at Unisa is seized with this legitimate agenda to transform what may be described as one of the few remaining bastions of white supremacist ideas and privilege. In this quest, the Black Forum was involved in the hearings by the South African Human Rights Commission which took place at Unisa from late last year to early this year (2018). While the Black Forum categorically rejects the spirit and letter of the SAHRC Report, this is on the basis far removed from those of Professor Belinda Bozolli (Daily Maverick, 13 November 2018), who so assured of the importance of her opinion on matters she is only privy to from a highly flawed report, had the arrogance to make far-reaching pronouncements.

The “esteemed” professor is playing a dying game of pretending to be “neutral” and “objective” while she betrays a deep-seated racist attitude. In a country such as South Africa, with such deep fault lines that benefited the likes of the Professor and her ilk, it is an absurdity that white unearned privilege is put on the same analytical plane as black anguish and pain. It is only white arrogance that seeks to normalise this anomaly. The professor forgets that it is the very white arrogance that has bequeathed us with the ailing society such as we have. For that reason, white views on issues of black pain are adding salt to the wound, belittling black pain and bastardising black leadership. But then the professor in her unfettered power will not know this, giving us reason to spend valuable time responding to her ill-informed, racist submission. That as it may, such is the burden of blackness in a so-called Rainbow Nation.

Prof Bozolli’s ostensibly critical response is race shading. She should have spared us the indignity of having to read between the lines and, thus she should have had the courage of her convictions by coming out clearly on the substance of her argument. She argues that transformation at Unisa amounts to a quota system that is not even implemented well. In other words, the “clamouring for jobs” that she laments as a reflection of this quota mentality, promotes black candidates who are not qualified for the jobs to which they are promoted. This simplistic view displays and betrays the long-held view that excellence is white (and belongs to white supremacy) and anyone else is a pretender.

This view misses the point that actually in a country which had legalised the colour bar, white excellence is but a myth. Against considerable odds, black scholars have risen and proved themselves in an institution that affirms epistemologies that are foreign to their world views. So, the undertone that white scholars who show excellence are prejudiced in this quota system misses the point that so-called white excellence is aided and abetted. It is not a secret that coaching and other mechanisms are an integral part of this so-called white excellence. In any case, this so-called white excellence cannot stand in the way of the national imperative to transform. Anything to the contrary is to perpetuate the supremacy of the so-called master race with its self-apportioned right as a teacher against perpetual black learners who, by the way, include their peers who may in fact be better qualified but still remain subordinated.

The esteemed professor cannot speak in a vacuum as South Africa is not a blank canvas. Her article does this inexplicable thing that is the tried and trusted modus operandi of all the enemies of redress and that is to pretend that the composition and thus the thrust of the university is not a reflection of an unjust past. For this reason, transformation is a moral-ethical imperative. This modus operandi is, of course, always accompanied by the charge that there is “… an unseemly race for jobs, based on one’s race and capacity to fulfil the quota, rather than one’s capacity to do the job” which betrays yet another racist penchant that assumes that there is fair and just apportioning of opportunities in the university. This is not the case.

The university environment is toxic. No university is an exception. The toxicity has everything to do with a history that assumed that one race has a monopoly of talent and wisdom. Experience belies this assumption if only all those who are anti-transformation cared to look around. The faking has always been an integral part of the university system and has a lot to do with a soliloquy by like-minded people affirming one another over golf or dinner. This is a public secret that has perpetuated white arrangements that would like to pretend that they are above board when, in fact, they are a political orchestration to further white interests. So, in case the professor did not get the memo from the #FeesMustFall Movement, the university is a hostile space for the majority of the country’s citizens.

The exchanges must occur. That they are bitter is a product of history. Those who were muted by liberals such as her have found their own voice. It is a voice that is unyielding and unapologetic in the face of the need for redress, for asserting an African voice in pursuit of an African university on African soil that pursues an African agenda. For it is an anomaly, to put it mildly, that the very many constellations that enabled a situation in which the wisdom and knowledge systems of Europe became the touchstone for every other part of the world. The pursuit, long-overdue under the leadership of people such as her, for epistemic justice, will not be derailed by such transparent ploys. The white scholars about whom she is concerned are useless in this pursuit as they continue to find their epistemic home in Europe and the US. The humanity that she so misses in the so-called quota systems is missing in this arrangement in which the few who supposedly know it all speak for the many. In fact, the very failures of the Human Rights Commission Report that she so ably enumerates are borne of the same attitude that she harbours – that of minimising black anguish in service of white agendas.

So, to the “esteemed” professor, you are as transparent as they come. The veil has long been removed. Find another struggle as this of speaking for “dumb others” is lost. The time to repair the decay is now and it begins with unveiling racist rants camouflaged as scholarly submissions. DM