Mini Cooper S 5-Door AT: Pick of the Mini bunch 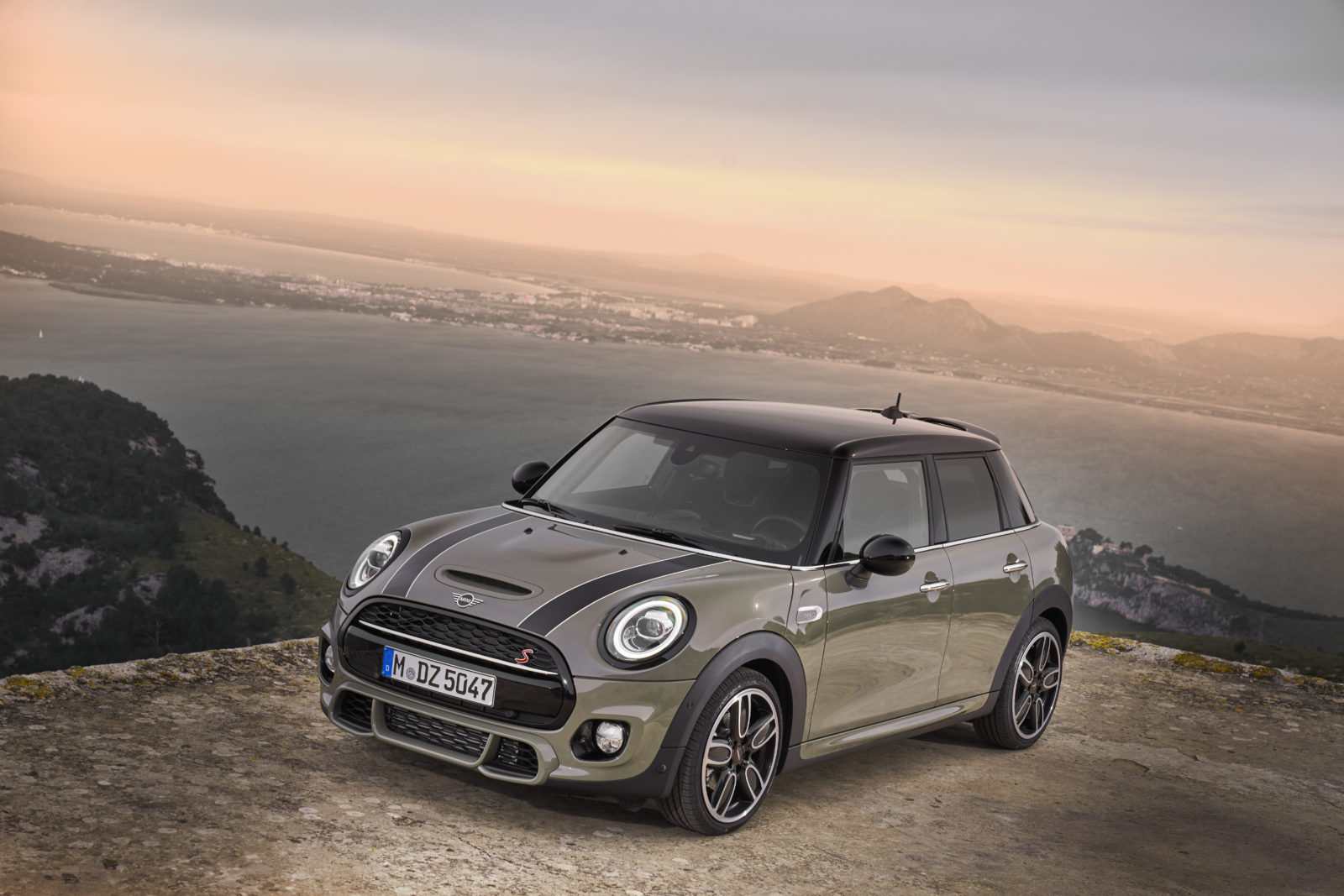 Long gone are the days of the Mini being mini. In its current iteration, it’s a compact but full-featured and premium-positioned hatch, available in a dizzying array of models and configurations. With five-door practicality and plenty of pep, the Cooper S hatch promises to be the pick of the Mini bunch.

The rise of the Mini brand from a British econobox with a reputation for dodgy reliability to a quirky but aspirational hatchback with an overdose of character has been nothing short of astounding.

That the transformation should be achieved under the auspices of a German auto maker might irk the traditionalists, but there’s no doubt that BMW has done a sterling job of resurrecting – and reinventing – a brand that was at the brink of extinction.

Today’s Mini line-up attempts to cover as many bases as possible, from three-door and five-door subcompact hatchback models, including a convertible version, to the wagon-like Clubman, and the supersized Countryman.

Add a choice of engines and gearboxes, together with an extensive options list, and it’s safe to say that there’s a Mini for every taste, and every application.

Recently facelifted, the Mini hatchback and convertible models have been further refined, although the cosmetic differences are subtle to say the least. In fact, you’ll need to be something of a Mini expert to spot the differences.

By far the easiest way to identify the new versions is to look for tail light clusters sporting a Union Jack design – a somewhat contrived but visually effective trait that underlines the marque’s British heritage. Remember, it’s still built in the UK, although Brexit might change that…

Less obvious are the LED headlights, a refined Mini logo, and redesigned alloy wheels. Under the skin, the six-speed auto gearbox of the previous models has been replaced by a seven-speed dual-clutch transmission, while a raft of engineering updates have resulted in improved efficiency.

The interior has been spruced up with a new multifunction steering wheel, and a 6.5-inch colour screen for the infotainment system, which includes Bluetooth-powered audio streaming and hands-free telephony. Satnav is optional.

Perhaps the toughest decision facing potential Mini owners is which model to opt for. The entry-level, yet not so basic Mini One is closest to the original Mini spirit. But if you add versatility and vim to the requirements list, the strongest candidate has to be the five-door Cooper S.

As much as the three-door is conceptually more authentic, the modern Mini is so far removed from the tiny original that the practical benefits of the five-door version simply make more sense.

And while the entry-level One and slightly zippier Cooper offer decent get-up-and-go, you need to tick the Cooper S box if dynamic thrills are on the must-have list.

There’s something irresistibly irreverent about the modern Mini in general, and the Cooper S in particular. The chunky shape, the bug-eyed stare of those large, ovoid headlights, the short overhangs and the stocky stance all add to the car’s sporty charisma.

Step inside, and it’s obvious that the BMW influence has become more pronounced over time: the tactile quality has improved, the ergonomics are more intuitive, and refinement levels have been upped. That said, it’s still very much a Mini.

The dashboard remains dominated by the large, circular shape that used to be the oversized speedometer in the original Mini, but is now occupied by the infotainment display. And the sprinkling of toggle switches below the display is another classic touch.

The intersecting analogue dials ahead of the driver are motorcycle-like in their simplicity, while the bolstered bucket seats and grippy multifunction steering wheel, adorned with gearshift paddles, are a further reminder that the Cooper S intends to deliver on the driving fun promise, too.

The Cooper S drivetrain should be up to that challenge. The four-cylinder, 2.0-litre turbo engine is good for 141kW and 280Nm, spread across a broad power band that’s never compromised by turbo lag.

The new seven-speed dual-clutch transmission makes a strong case for self-shifting gearboxes, offering both the convenience of a full auto, and the almost percussive intensity of a sequential box when operated in manual mode.

Swap to Sport mode (which really should be the default setting) and downshifts are accompanied by a racy crackle and pop. Yes, the manual gearbox will still offer greater driver engagement, but the dual-clutch gearbox is easier to live with, and fun to use.

The Cooper S is by no means a hot hatch in absolute terms, despite ample power and a relatively lightweight kerb mass. It stops the clocks at a smidgen under 7sec for the 0-100km/h sprint, while top speed is a respectable but largely academic 230km/h.

But the Mini is about a lot more than straightline speed. This is car designed for cornering – for carving the tar from apex to apex, for attacking the tightest twists and turns.

It does so with an infectious enthusiasm that encourages the driver to explore the Mini’s limits of adhesion and composure. For a front-wheel drive car, those limits are more elevated than expected.

The Cooper S remains true to the chosen line unless thoroughly provoked, at which point mild understeer will serve as an admonishment to be more circumspect. But approach throttle and steering with a measure of finesse, and the Mini will reward you with clean lines and plenty of poise.

The result is a driving experience that always feels faster and more exhilarating than the actual speed suggests. The throttle response is crisp, the cornering confident, and the stopping power from the all-disc brakes confidence-inspiring.

The steering, it has to be said, could be livelier: while it has more heft and weight than previous models, the electric assistance does nothing for the car’s ability to communicate its intentions.

At least the Mini’s low stance and wide tracks allow the chassis’ feedback to be unequivocal, helped along by a suspension set-up taut enough for ample control, but with sufficient compliance to prevent a jittery ride.

Most of all, you don’t need to chase along at a million miles an hour to enjoy the Cooper S five-door’s effervescence. It’s as fun chasing elusive gaps in city traffic or taking on traffic light grand prix challengers, as it is charging through a mountain pass.

Whether it’s a short sprint to the local shopping centre, or a weekend road trip, the Mini Cooper S will have you seeking out routes less travelled, while still offering useful space and five-door practicality.

In a motoring world increasingly populated by sensible, predictable and oh so conventional models, the inherent irreverence of the Cooper S is a potent reminder that there’s more to motoring than travelling from A to B. DM

A charismatic contender in a sea of pragmatism.

Still too quirky for mainstream motorists.