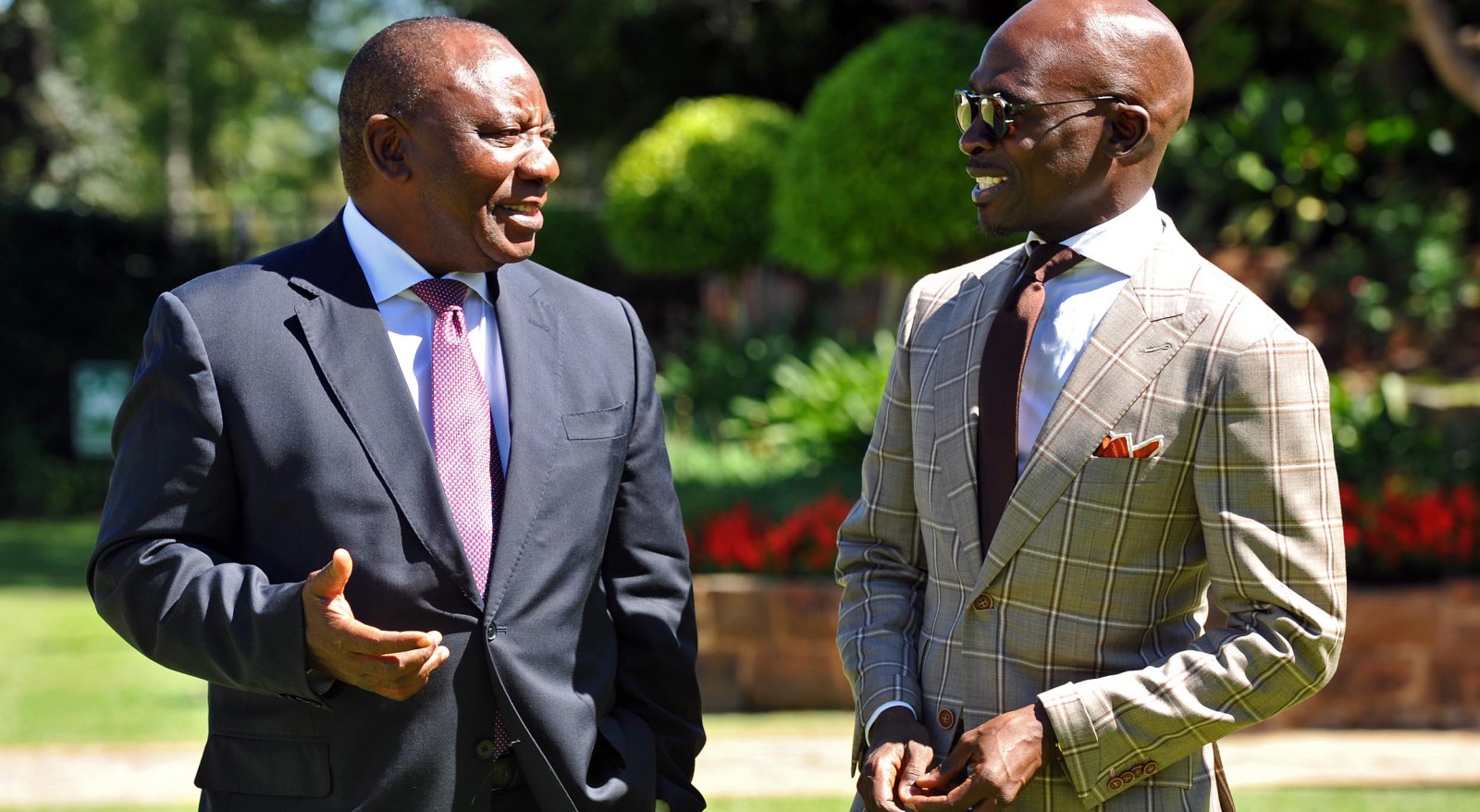 While the resignation of Malusi Gigaba from the position of Minister of Home Affairs draws a sort of a curtain over one of the more interesting careers of our time, many questions still remain, especially over what it means for South Africa’s near future. Much of the speculation will now revolve around whether Gigaba’s action will signal that more ministers will be fired for their past misdeeds. It is hard to say at this moment, but the answer may help determine the rest of Ramaphosa’s presidency.

When considering the political career of Malusi Gigaba, it may be worth knowing how important timing can be for a prospective politician. It’s understood that he joined the ANC in 1990 (after a period in the student movements at the time), was elected regional chair of the ANC Youth League in 1994, and then leader of the league as a whole in 1996. That kind of progress would be surely impossible now, because political formations of all stripes have since become more formalised, with power networks that have now set in. But this was the launching pad for Gigaba’s three elections to the position of ANC Youth League leader and then into the ANC executive, as deputy home affairs minister. From there, it was the usual political course around Cabinet according to the travails of then President Jacob Zuma, and now President Cyril Ramaphosa.

Some of those watching his last few weeks in office may have felt that he was wrong to pursue the course that he did, to try to stave off what all saw as the inevitable. It was not just the claims around the Guptas; somehow, Gigaba ended up on the wrong side of everything. First it was what happened while he was public enterprises m inister, then the home affairs visitor visa disaster, and finally, that unfortunate evidence of what he says is the spice in his marriage. Perhaps unsurprisingly, Gigaba has denied wrongdoing in all of these instances.

Some voters may well feel justified in asking what, after his roles at home affairs, public enterprises, finance and home affairs again, he has done for them. Which governance successes can he point to? The public image of him is that he did very little while deputy home affairs minister, helped the Guptas while at public enterprises, did not appear to stop Zuma from doing anything while he was at finance, and then pushed through the disastrously stupid visitor visa regulations.

Some of this perception may well be hard to change. But, it should be said that it is difficult, in the ANC-based politics, to determine what is success and what is failure. For example, Nhlanhla Nene is probably viewed as a success as finance minister in his first term, because of what he stopped from happening, and the same may be true of Pravin Gordhan. Gigaba was involved in the ministries that deal perhaps more with day-to-day governance, rather with making big whole-scale changes. Still, the lack of obvious successes, as in for example the way Aaron Motsoaledi can point to the roll-out of ARVs, surely means he has little to be remembered for in the public mind.

At the same time, his strategy of fighting to stay in office, his interviews, his perceived arrogance, his general demeanour, were not necessarily the wrong tactics, from where he sits. Gigaba was, until Tuesday evening, in a Cabinet with a woman who once managed to actually smuggle a friend from the DRC on an official plane. Nosiviwe Mapisa-Nqakula is still the minister of defence. Jeff Radebe, who defended Zuma’s choice of Advocate Menzi Simelane as the National Director of Public Prosecutions, is currently presiding over the selection process for a new NPA head. Bathabile Dlamini is still Minister for Women in the Presidency. Nomvula Mokonyane is, astonishingly, in the Cabinet too, after leaving the department of water and sanitation in ruins.

For Gigaba, considering these and many other examples, and what had happened in the ANC in the past, it was completely rational to fight for as long and as hard as possible, and to expect a reasonable chance of surviving.

The question then, now that Gigaba is out, is whether or not this is the line in the sand, that Ramaphosa will now act against other ministers who deserved to be out years ago.

But Ramaphosa did not necessarily act against Gigaba. It appears that all he did was refuse to support him in a way which would have damaged Ramaphosa himself. The public protector’s finding that Gigaba’s conduct in lying (as found by a judge) was incompatible with his oath of office was incontestable, but the difference this time was the deadline on the process. This meant that Ramaphosa, just to keep Gigaba on, would have had to contest the finding himself, knowing he would obviously lose. In the end, this resignation may have been more of a face-saver for Gigaba than for any other reason.

This suggests then that Ramaphosa may not necessarily feel the time is right to go on the offensive against the rest of the ministers who deserve to be booted out. This could then have implications for what could be a reshuffle of Cabinet. Currently, there are two positions vacant, those of home affairs and environmental affairs (after the passing of Edna Molewa).

The last time this situation presented itself to Ramaphosa, after Nene resigned, he passed on the opportunity to have a full-scale reshuffle, appointing only Tito Mboweni to the position of finance minister, but leaving the environmental affairs position open.

Not much time has passed since then. However, it is possible that the balance of power in the ANC is moving slowly towards Ramaphosa. Those who would want to move against him may find that they are spending more time fending off attacks against them, or dealing with testimony coming from the Zondo Commission. As a result, Ramaphosa may feel the time has come for him to be more politically assertive. He might also be slightly concerned about the upcoming elections. People like Mapisa-Nqukula and Dlamini will be used by opposition parties, who will claim that the “new dawn” was just a bad dream. If he then acts against them, that may be the first proof that there is going to be a change, and that ministers in his Cabinet will no longer be able to get away with what voters see as wrongdoing.

Ramaphosa may soon find himself in a position whether he has to both maximise the chances of the ANC in the 2019 election, while also not giving any of his opponents in the ANC a chance to move against him. This means that his best chance may be to wait a little longer, before making any big changes. Of course, he could also unleash some form of surgical strike. Either way, his choice will be revealing of his own political analysis of the situation both in the ANC, in and in the country. DM