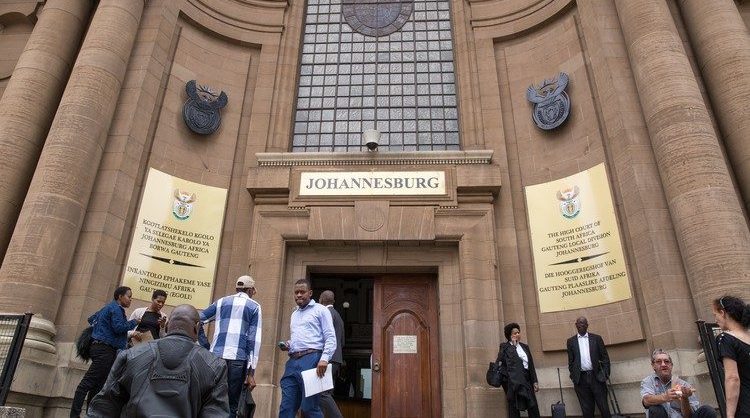 South Africans are rightly proud of our independent judiciary. It has, with some notable individual exceptions, avoided the descent into corruption and disintegration of state institutions that took place in the Zuma era.

But our court system is frustrating, slow and technologically backward. This is unnecessary. Here are some ways it can be improved.

Santonio Jonkers allegedly contravened a court order about where he can build a house. It’s a trivial crime. His case was postponed for the 27th time before GroundUp gave up following it. “The court has become like my other job”, said Jonkers.

Sibusiso Mavuka spent over 10 years in prison, and appeared in court 91 times without being convicted of any crime.

Dozens of Woolworths employees were retrenched in 2012. After a multitude of court appearances, they were reinstated six years later, in 2018.

It’s a cliché but a true one: justice delayed is justice denied. It’s no good for either the winners or losers of court cases to have to wait so long for outcomes. The cost and anxiety is enormous.

A simple, ruthlessly enforced change would make a huge difference: no more postponements except in extreme circumstances.

In the United States neither prosecutors nor defenders get easy postponements. If a date is set for a hearing, the case proceeds. If one of the lawyers defaults, the case goes ahead, and the lawyers get sued, for millions of dollars. This same approach is needed here. All too often, cases are postponed for the flimsiest of reasons, such as one of the sides not being sufficiently prepared. Or a criminal’s favourite: because of a change in lawyers. There should be repercussions for lawyers who ask for postponements without good reason.

GroundUpregularly publishes the list of late reserved judgments of the Cape High Court. Some Cape judgments have been outstanding for two years. In the Woolworths case mentioned above the Labour Court delivered its judgment nine months after the case was heard. The Labour Appeal Court was only slightly better at six months, and the Constitutional Court took over five months.

The Chief Justice has rightly mandated that all reserved judgments must be delivered within three months. But how seriously can judges take the norms he’s promulgated when there are no official consequences for delivering late. And what kind of example is it when the highest court took over five months — 166 days — to deliver the critical Shaun Abrahams judgment, paralysing the president’s ability to fix the National Prosecuting Authority, where the High Court in the same case gave judgment in just ten days?

Whether it’s docked salaries, demerit points, or perhaps just a bit of embarrassment with one’s peers, the Chief Justice has to take action against tardy judges. It is true that the Judicial Services Commission is sanctioning judges who deliver judgments late. But the same sickness — endless delays and postponements — is crippling that very process.

In September the Office of the Chief Justice provided GroundUpwith a list of late reserved judgments for every court in the country. We eagerly published it under the heading: Two-thirds of reserved judgments in SA courts are late. Alas, without GroundUpknowing, the list was deeply flawed, as the spokesperson for the judiciary told us belatedly, the day after publication. To this day we still have not received a corrected list. Clearly the judicial systems are not working as they should.

Every single court should be compelled to list the status of its cases, and all judgments should be uploaded into a countrywide online, publicly searchable, database. It is not at all hard to develop such a system. Seven years ago, just as the Chief Justice was taking office, a conference was held where Singapore and Malaysian judges showed how it could be done. What came of it? So far, nothing.

Acting judges should have to list their cases and judgments on this electronic system too. Often it’s hard to find the judgments of acting judges, but since they are often the future judges, we need to be able to look at their records to decide how suitable they will be for permanent judicial appointment.

And the same goes for magistrates too. Their judgments are not available at all. Why not? They make decisions in vital cases.

The Chief Justice has committed to getting courts working electronically. That includes the serving, filing, and lodging of documents. That’s great; it needs to happen yesterday. DM