Guptas ‘tried to use front’ to extract Sahara assets

Nearly R20-million in Gupta-linked cash appears to be in limbo and may be forfeited to the state following a failed attempt to ‘purchase’ two aircraft owned by Sahara Computers.

While the purported buyer of two aircraft owned by Sahara Computers was a Dubai-based clothing trader, questions raised by Nedbank and the Reserve Bank about the transaction exposed Gupta son-in-law Akash Garg Jahajgarhia as the hidden hand behind the purchase.

Garg is the young man who married Vega Gupta at the controversial 2013 Sun City mega-wedding that was partly funded from laundered Free State government cash.

R20-million is a small amount in Gupta terms, but the fronting and Garg’s role indicates the process by which the Guptas may have hidden their influence in much larger deals, such as their 2017 attempt to “sell” their interest in Optimum Coal via a Swiss company, Charles King.

There are suspicions that the Guptas attempted to externalise their holdings via place-holders with whom they were acting in concert, although in the case of Charles King this remains unproven.

Now the more modest attempt to sell two of their aircraft, a Hawker XP 400 jet and a Kingair 350 twin prop, seems to have exposed Garg as one of their patsies.

The aircraft saga began on 26 March when a Dubai company named AGEV Investment Limited attempted to make a payment through Bank of Baroda to Sahara Computers in the amount of $1.7-million (about R19.7-million at the time).

The transaction was described as “payment for inventory”.

Oakbay is the main holding company for the Guptas’ investments in South Africa.

Baroda’s Singh asked about the purpose of the transaction and requested supporting documents.

Later that same day Nath sent back a letter purporting to be from a Deepak Raswant, a director of AGEV, confirming that AGEV made a payment in the amount of R19,669,000 to Sahara on behalf of Ess Emm International FZE, the clothing trader, “pursuant to the business association between AGEV and Ess Emm”.

The letter stated: “AGEV have to make some payments to Ess Emm and as per their request, Ess Emm asked to make a direct payment to Sahara.”

The next day, 28 March, Singh wrote back to Nath.

“Who is AGEV… Who is Ess Emm International… Why would there be a Payment for Inventory if Sahara has effectively shut down, according to press reports?” Singh asked.

Nath immediately replied explaining that Sahara was closed, but the assets such as aircraft and vehicles were being sold to raise funds to repay the company’s bank overdraft with Baroda.

Nath said Ess Emm was a private company buying aircraft for business use. They were purchasing the two aircraft as per sale agreements already provided to the bank.

Sale agreements for both aircraft were signed in October 2017 in Sandton on behalf of Sahara.

An hour later, Nath forwarded another letter from AGEV in which Raswant gave an anodyne description of AGEV as an “investment holding company… historically focused on private equity investments in the mining and natural resources sector”.

It seems clear that the correspondence was intended to obscure the fact that a member of the Gupta family (by marriage) had an interest in this transaction.

Both Nedbank and the Reserve Bank must have remained suspicious, because in correspondence seen by amaBhungane they raised a series of concerns, including whether Sahara had obtained permission to export the aircraft and whether they were not being sold at below market value.

Selling at below market value to a related company abroad may amount to an attempt to bypass exchange control regulations and externalise assets irregularly.

Nath attempted to bat the concerns away. What he did not disclose — at least at that point — was that Gupta son-in-law Garg was the 100% beneficial owner of AGEV. Of course, anyone who then Googled the name would have established Garg’s relationship with the Gupta family.

Nor was it disclosed that Garg’s company, AGEV, made a loan to Ess Emm International, which Ess Emm was to use to purchase the aircraft.

Documents seen by amaBhungane show that the loan agreement was signed on 5 December 2017.

It is understood by amaBhungane that the true reason AGEV attempted to make the $1.7-million payment directly to Sahara in March instead of via Ess Emm was that AGEV was informed a few days earlier that Ess Emm was unable to make the payment (in terms of the loan agreement) because its bank account with Dubai’s RAK Bank had been summarily closed.

None of the numbers listed for Ess Emm in Dubai currently operates. The email address listed in its contract to purchase the aircraft bounced.

As a result of unresolved concerns the funds transferred by AGEV were held by Nedbank and not released to Baroda for the benefit of Sahara.

By May 2018 the funds had still not been credited, despite threats and entreaties from Nath to Baroda to either transfer the money or pay it back to AGEV.

It was only on 28 June — in response to specific questions from the Reserve Bank — that Nath disclosed that Garg was the 100% shareholder of AGEV.

Even then, Nath did not disclose that AGEV had granted a loan to Ess Emm, part of which was specifically intended to fund the aircraft purchase.

“We are not at liberty to comment on whether SARB is of the view that there has been a contravention in relation to the payment.”

Exchange control regulations provide for the payment of a fine of R250,000 or a maximum five-year prison term for contraventions which include neglecting to furnish any required information or providing false declarations.

The regulations also set out the grounds on which the Reserve Bank may attach money if there is an actual or a suspected contravention of exchange control regulations.

Garg, Oakbay and Baroda did not respond to requests for comment.

The aircraft transaction adds to suspicions that Garg effectively made himself available to launder money for the Gupta family via earlier transactions involving the Dubai-based Centaur group.

The #GuptaLeaks showed that in July 2014 Garg formed a Bermuda-registered joint venture named Centaur Ventures, in which he and Centaur Holdings held 50% each.

In January 2016, Centaur Ventures extended a R1.5-billion loan facility to Centaur Mining South Africa, where once again Garg was involved.

Much of that “credit deal” appears to have been funnelled into providing the means for the Guptas’ controversial purchase of Optimum Coal.

In short, R885-million was deposited by the local Centaur Mining with Bank of Baroda, which used that as security to lend the same amount to Gupta company Tegeta Exploration and Resources.

Tegeta then put this towards the purchase price of Optimum Coal in April 2016.

There was also an attempt to use Centaur Ventures to buy out the audit firm Nkonki Incorporated in late October 2016. Gupta lieutenant Salim Essa subsequently — and secretly — provided the funds.

Centaur did not respond to requests for comment. DM 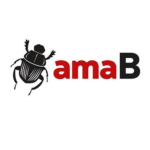 The amaBhungane Centre for Investigative Journalism, an independent non-profit, produced this story. Like it? Be an amaB supporter to help it do more.