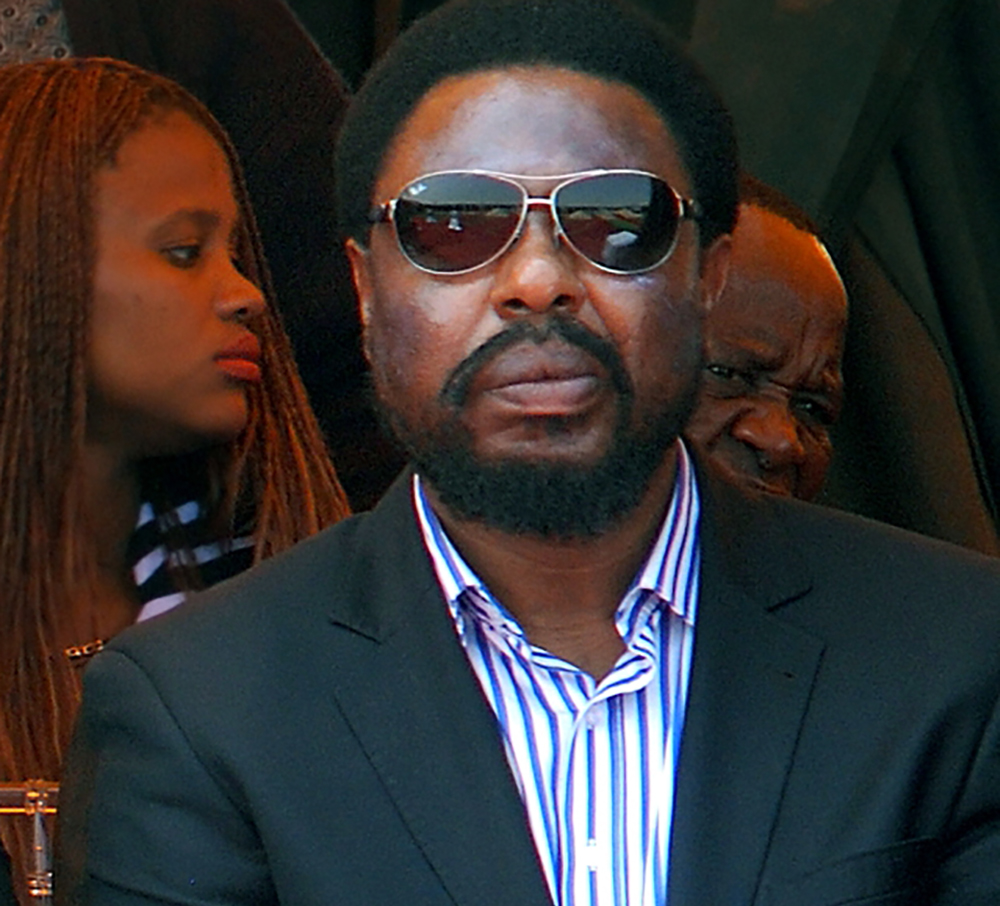 File Photo: Then executive mayor of the Capricon District municipality Gilbert Kganyago during the funeral of the four boys who were killed by their father on September 12, 2015 at Moletlane cemetery in Zebediela, South Africa. (Photo by Gallo Images / Sowetan / Sandile Ndlovu)

As pressure mounts on political parties to act against those implicated in the VBS saga, the SACP has suspended its Limpopo Secretary Gilbert Kganyago who invested R60-million in the bank while he was mayor of Capricorn District Municipality. The ANC could take a lesson from its alliance partner.

SACP Limpopo spokesperson Machike Thobejane confirmed on Friday that the party had suspended its Provincial Secretary Gilbert Kganyago, who is implicated in the alleged R2-billion looting of VBS Mutual Bank during his time as mayor of Capricorn District Municipality.

“The name of the Communist Party has been seriously dented. It’s been put into disrepute,” said Thobejane.

The SACP is campaigning for the ANC in the 2019 elections and Thobejane said Kganyago cannot be the face of a party that stands against corruption and for improved service delivery for the poor and working class.

“We can’t send that message with a secretary that’s implicated in a scandal like this one,” said Thobejane.

The Capricorn District Municipality deposited R60-million in VBS in 2015 after a mayoral committee meeting, chaired by Kganyago, decided to invest in black-owned institutions. The decision was made without the municipal council’s approval.

Pressure has mounted on political parties to act against those implicated in the VBS saga after the SA Reserve Bank released a report, written by Advocate Terry Motau and Werksmans Attorneys, which revealed how VBS enticed municipalities to illegally invest in the bank before the money was allegedly siphoned off to executives and their networks of patronage.

Kganyago, who is a member of the provincial legislature, denied his involvement and the SACP defended him as recently as Monday in a statement to VhaVenda King Toni Mphephu Ramabulana’s spokesperson.

The party cited the VBS report, which said the Capricorn Municipality withdrew its deposits and was “one of the few municipalities in Limpopo that did not find itself in serious financial difficulty when VBS was placed under curatorship”.

“Should any incontrovertible evidence prove that any person has benefited illegally from the VBS Mutual Bank using the name of the SACP or be found guilty to that end, the party will take decisive action,” the party said on Monday.

Motau’s report clearly implicates Kganyago in making the illegal decision to invest in the bank and his fate was probably sealed when current Capricorn Mayor John Mpe blamed him this week for making the investment.

Kganyago suspended chief financial officer Mariette Venter after she called for the money to be withdrawn from VBS. She was supposedly suspended for an unrelated matter.

Thobejane said Kganyago intends to take the VBS report on review and the party will allow him to defend himself and clear his name. Kganyago didn’t respond to requests for comment on Friday.

Limpopo Premier and ANC Provincial Chairperson Stan Mathabatha said on Wednesday that the government has acted against implicated officials in the 10 municipalities in the province that collectively invested R1.2-billion in the bank.

He defended the ANC’s lack of action against party members. He said that politicians are not being protected and the ANC’s national office would decide what action to take. DM