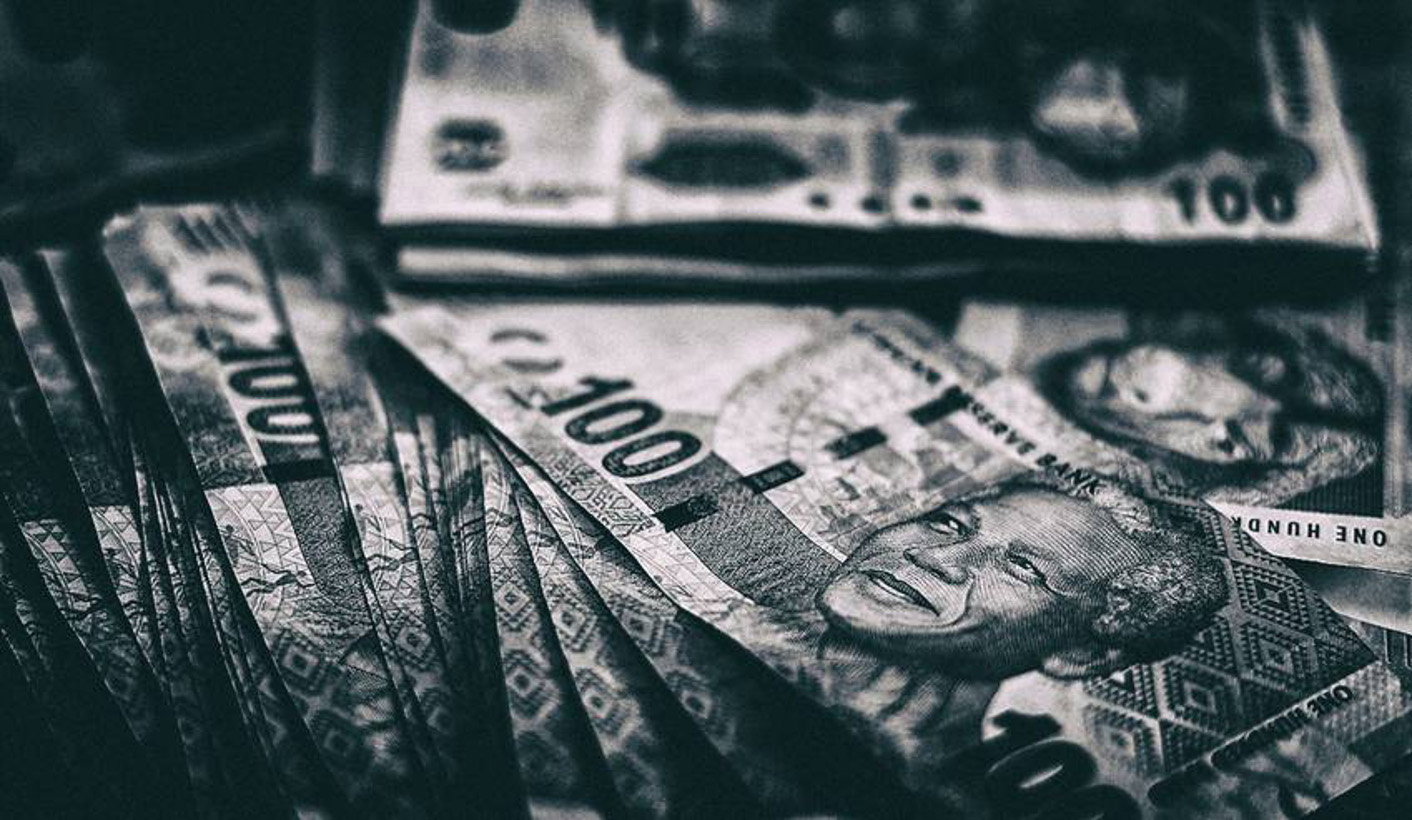 On Tuesday the ANC parliamentary caucus was briefed on the VBS Mutual Bank discussions at the weekend ANC special National Executive Committee (NEC). The impact of the VBS saga on ordinary people was affirmed there with ‘dismay’, and it was re-affirmed that “those found guilty of wrongdoing must face the wrath of the law”.

The NEC agreed to refer the work done by the integrity commission regarding those ANC members implicated in the VBS saga to the National Working Committee, with its focus on smaller day-to-day operations.

These include Limpopo ANC Deputy Chairperson Florence Radzilani, the mayor of the Vhembe district council that deposited R316-million in VBS in contravention of the Municipal Finance Management Act, and ANC Limpopo Treasurer Danny Msiza, who has filed a legal challenge against the South African Reserve Bank-commissioned report that named him, Radzilani and others among 53 people who received gratuitous payments from the mutual bank.

Also named in that report by Advocate Terry Motau, “The Great Bank Heist”, was Brian Shivambu, brother of EFF Deputy President and Chief Whip Floyd Shivambu. The EFF closed ranks around Shivambu at a media briefing on 16 October, when the party denied it or any of its officials had received any of the R16-million Brian Shivambu received, according to the report.

“All those who have been found to have benefited illegally from the bank’s collapse must be criminally prosecuted. However, we reject the witch hunt and mob justice that seeks to declare people guilty through the courts of public opinion,” said EFF leader Julius Malema then, according to eNCA.

“The EFF has not been mentioned in the report, nor has it been accused of wrongdoing…”

Since then the EFF has pursued a fightback centred on arguments that VBS was not being bailed out by government – unlike African Bank a few years ago – because it was a black bank, the ANC government and National Treasury were not committed to black excellence or the transformation of the financial sector, and that the Motau report was selective and biased.

On Wednesday, the EFF was not represented by Shivambu at the Standing Committee of Finance meeting on VBS – he’s facing a parliamentary ethics complaint over conflict of interest related to VBS – but EFF MP and national spokesperson Mbuyiseni Ndlozi, to advance the party’s arguments.

That the collapse of VBS Mutual Bank was a setback for financial sector transformation and diversity in financial service products was the broad agreement across MPs, or came from the South African Reserve Bank (SARB), National Treasury, Hawks, National Prosecuting Authority (NPA) and various statutory regulatory bodies overseeing auditors, chartered accountants and the like.

“That four banks dominate 85% of the market is unacceptable in a country with such deep racialised inequality,” said finance committee chairperson Yunus Carrim, adding that the committee was still pushing for a financial sector transformation summit, as recommended in its report of November 2017.

Ndlozi put it more directly: “Why not save this black bank? Why kill VBS, if we are transforming… Shouldn’t we recapitalise the bank? Should we not save it from criminals, wherever they are, whoever they are?”

But there are some non-negotiables. South Africa’s legislative and regulatory framework allows banks to fail, while depositors are protected. If it wasn’t so, banks would quite readily take unreasonable risks in the expectation that government, and thus taxpayers, would pay up if it went pear-shaped. And a mutual bank, given its community service orientation, has a lighter regulatory compliance burden than commercial banks.

Or, as SARB Deputy Governor Kuben Naidoo put it: “If you want mutual banks that are not allowed to fail, then the law must change. It’s a public policy matter.”

That’s not on the cards right now, and with elections and a new incoming Parliament months away, it’s unlikely there would be steps towards that. But this situation means the only option was to liquidate VBS – the court date is Tuesday next week – and then try hard to recover as much as possible.

It was unlikely the 14 councils that deposited R1,576,938,563 with VBS are likely to see any of this money back in their municipal coffers.

And shareholders like the Public Investment Corporation (PIC), the government-owned asset manager of some R2-trillion of mostly government workers pensions and statutory savings, would have lost everything. For the PIC, and by implication government employees pensions, that was over R300-million, if numbers previously provided in Parliament are anything to go by.

For other depositors, returns aside from the R100,000 each that government had guaranteed would amount to little more than between 20 and 30 cents in every rand.

“Three percent of depositors not secured properly are poor people including a stokvel of 500,000 (members)… There are grannies that invested R150,000… The R300-million miners’ widow and orphans fund (through Bophelo Benefit Services) – they are among the biggest losers,” according to Naidoo, who earlier had said: “This is not a victimless crime. There are victims here and they are poor.”

The sliver of a slight silver lining is that efforts to recover monies were not contingent on criminal proceedings. Because little concrete emerged from the Hawks from Wednesday’s briefing, aside from investigators having taken 65 statements so far. It emerged the SARB made the first statement, known as “A1”.

But investigations still needed the subpoenaed bank statements, and a host of other documentation as the Hawks regarded Motau’s “The Great Bank Heist” as a mere tip-off to prepare a case, or cases, that would look at fraud, corruption, money laundering and contraventions of the Municipal Finance Management Act (MFMA) and the Prevention of Organised Crime Act.

NPA acting boss Silas Ramaite told MPs the VBS matter involved “the worst racketeering” alongside one of the less enforced crimes, reckless trading. However, it was too early yet to talk of a deadline by when to take this matter to court.

That such investigations could continue for years emerged in relation to African Bank, placed under curatorship in 2014 and pulled out of financial collapse. Apparently there’s still an active open docket lodged in Midrand, MPs were told on Wednesday.

Still, President Cyril Ramaphosa, who during his Q&A in the House on Tuesday said VBS was present where his parents grew up, called on more pressing swift action.

“It is essential that all those responsible for facilitating this fraud and corruption, and all those who benefited from it, are held to account. We call on the relevant authorities to act swiftly to prosecute those responsible and to recover the funds stolen from the bank’s depositors.”

And so, while law enforcement agencies are ploughing on, the focus falls squarely on political parties – and not just the EFF and ANC – and how they are dealing with the VBS scandal contagion.

The South African Communist Party (SACP) has denied receiving R3-million through its Limpopo secretary Gilbert Kganyago, who two years ago was mayor at one of the councils that invested in VBS. According to News24, Capricorn district council Mayor John Mpe has fingered his predecessor. On Wednesday, Carrim, who is also an SACP member, publicly dismissed Shivambu’s claim of a conflict of interest, saying the party had not received any monies, as had been publicly explained by the SACP leadership.

It is against this background that the EFF has fired off its arguments that not recapitalising, or bailing out, VBS was a failure of the ANC government to support black excellence, and that other banks like African Bank had been bailed out.

Ndlozi said as SARB had applied for the liquidation of VBS with undue haste it seemed it was saying “black people don’t deserve another change. Keep the finance industry lily-white”.

“We had a black bank in a lily-white financial sector. You should have taken care of it. You didn’t,” Ndlozi told Naidoo.

In turn, Naidoo dismissed allegations of the bank’s regulator not acting evenhandedly, saying the Reserve Bank “doggedly” pursued Jeff Levenstein over 13 years for fraud that had brought down Regal Bank in 2001. He’s serving an effective eight-year jail term for fraud and contraventions of the Companies Act.

“We don’t care whether you are black or white. You loot a bank, we go after you,” said the SARB deputy governor. DM

Kirsten Pearson and Steve Kretzmann for GroundUp • 9 hours ago