Trying to prevent and diagnose HIV at the same time – a Catch-22? 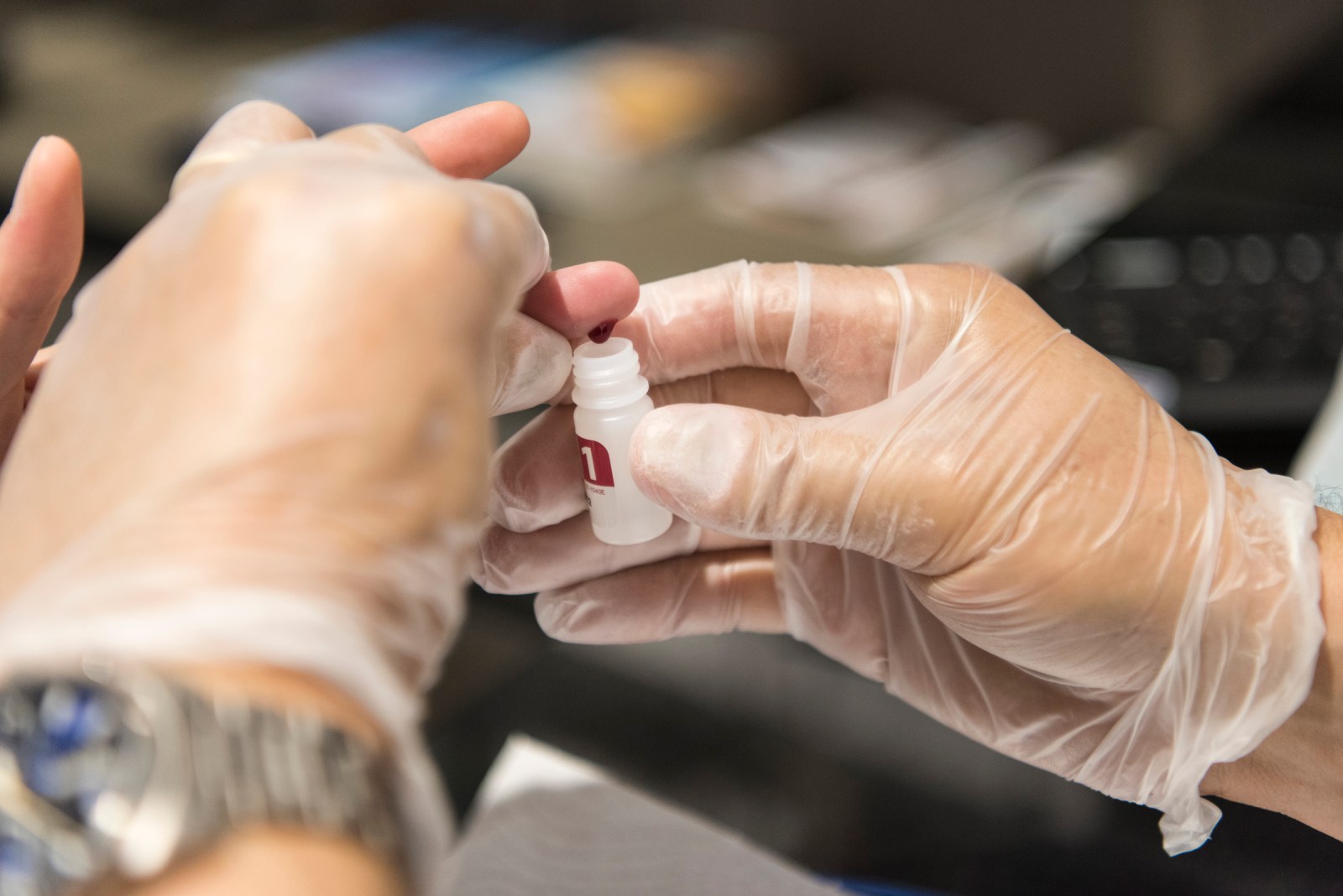 A pharmacist carries out an HIV self-test in Zurich, Switzerland, 22 August 2018. EPA-EFE/CHRISTIAN BEUTLER

The doctors were puzzled by the fact that it wasn’t quite HIV. If it became HIV they could treat it. If it didn’t become HIV and went away they could discharge him. But this just being short of HIV all the time confused them.

Let’s take a moment and reimagine the opening chapter of Joseph Heller’s best-selling novelCatch-22. Instead of being set somewhere in the Mediterranean during World War II, this is present-day Johannesburg. What’s more, Captain John Yossarian hasn’t only fallen madly in love with the chaplain. They’ve also had lots of unprotected sex over the past fortnight. Yossarian, in keeping with his life-affirming (self-preserving) world view, is taking a combination of antiretroviral (ARV) drugs to prevent HIV infection – something referred to as pre-exposure prophylaxis (PrEP).

Unfortunately, he sometimes forgets to take it. After a late night out with the chaplain, Yossarian decides not to report for duty but instead heads off to Doc Daneeka for a sick note. Not because he’s ill – actually he’s feeling pretty good. It’s just that, as a captain in the South African Police Service, he’s not all that excited about people shooting at him all the time.

At the clinic, his temperature is taken and a mild fever noted. Doc checks his throat, there’s slight inflammation. Under his jaw a few small lymph nodes are barely palpable.

“When was your last HIV test?”

Yossarian winces. Doc tut-tuts and immediately whips out a rapid HIV test kit. He pulls Yossarian’s index finger towards him and jabs it with a lancet. A droplet of crimson blood builds-up at the tip of his finger as it is milked onto the HIV test-strip. Fifteen minutes pass. “Hmmm.”

“Yup. These HIV tests are great. The problem is your result. See here,” Doc points to the test-strip, a dirty smudge of red-blue. “There’s this really feint line next to the solid control line. That’s your result. It’s equivocal. You might have HIV. You might not. You need more tests.”

And so Yossarian is referred to the hospital for specialist laboratory investigations. However, after a battery of serology and nucleic-acid tests are run his HIV status remains inconclusive. The serology results, which test for specific anti-HIV antibodies, are discordant and the HIV viral load result is indeterminate. Repeat testing the following week doesn’t shed any light on the matter.

Now Yossarian may be a fictional character from another time and place, but his uncertain HIV status is a very real thing. What’s more, his case demonstrates the challenge of trying to prevent and diagnose HIV at the same time.

Although ARVs can’t cure HIV, they’re very good at preventing viral replication. So, if an individual is infected with HIV but exposed to ARVs very soon after infection, the typical immune response and antibody production might be inhibited. Because testing for antibodies is the mainstay of HIV diagnosis, using either rapid HIV test kits or more accurate laboratory based serology assays (referred to as enzyme-linked immunosorbent assays or ELISAs), ARV exposure might be associated with false-negative and inconclusive results. Different terms such as “equivocal”, “indeterminate”, or “grey-zone” are typically used, but they all describe the same phenomenon of diagnostic ambiguity – the result is not negative but it’s not clearly positive either (think of it as a possible false-positive). Because repeat testing of non-negative results is standard diagnostic practice, results may also be referred to as “discordant”, meaning one serology test yields a positive or equivocal result while another is negative.

To troubleshoot such cases, highly sensitive nucleic acid tests that directly detect HIV genetic material such as DNA or RNA can be employed. These HIV PCR and viral load tests are routinely used to diagnose HIV in babies (because the antibody tests can’t tell if a baby is actually infected or just has anti-HIV antibodies from their mother) and to monitor the response to antiretroviral therapy (ART) in patients initiated on treatment. However, because ARVs keep HIV replication in check, HIV nucleic acid might not be detectable either. Indeed, it’s for this reason that the goal of ART is to have an undetectable HIV viral load (ie be virally suppressed). The problem is that if someone doesn’t have a clear diagnosis but is already exposed to ARVs, establishing the diagnosis in the first-place might be a problem.

In Yossarian’s case, discontinuing PrEP for one to two weeks will probably provide the quickest means of establishing a definitive diagnosis (he’ll need to use alternative methods of prevention in the meantime). Viral replication, in the absence of ARVs, is expected to develop rapidly thereby facilitating HIV nucleic acid detection within days and anti-HIV antibodies within weeks. If no such viral rebound is detected, it’s unlikely Yossarian is HIV-infected (but not impossible).

Whereas discontinuing ARV exposure is an acceptable management option for adults, managing indeterminate results among infants can be a lot trickier. In the first place, infants born to mothers taking ART are exposed to high levels of their mothers ARVs in utero. So much so that HIV-infected infants can be born virally suppressed with no HIV RNA in their plasma. Furthermore, HIV-exposed infants themselves are routinely prescribed ARV prophylaxis for at least a six-week duration and, if they breastfeed, continue to ingest significant amounts of their mothers ARVs for months after delivery. Secondly, infants who are truly-infected and exposed to ARVs soon after infection have a significant advantage by the very fact that viral dissemination has not occurred. If ARV-exposure is removed and viral rebound allowed to take place for the sake of diagnosis, not only do these infants have worse clinical outcomes but the fact that HIV has now seeded throughout their body potentially jeopardizes the success of novel cure strategies.

Although HIV-infection in persons taking PrEP is uncommon, occurring in approximately one per 100 person-years of use, the number of cases is set to rise with increasing usage. Furthermore, with an expanding national ART programme (four million people living with HIV are already on treatment), and an alarmingly high HIV infection-rate among young women, the prospect of ARVs preventing and delaying infant diagnosis is escalating. Each year in South Africa thousands of infants are given an indeterminate HIV diagnosis, only a third of whom come back for follow-up testing. As half of these infants will be HIV-infected, diagnostic ambiguity resulting from ARV exposure needs to be treated as a public health emergency. Enhanced diagnostics modalities are being developed. However, as a first step to effectively address this challenge both healthcare workers and the general public need to acquaint themselves with a new Catch-22 – ARV prophylaxis can prevent HIV diagnosis. DM