Our Burning Planet: The Earth is on fire, it’s time to start worrying 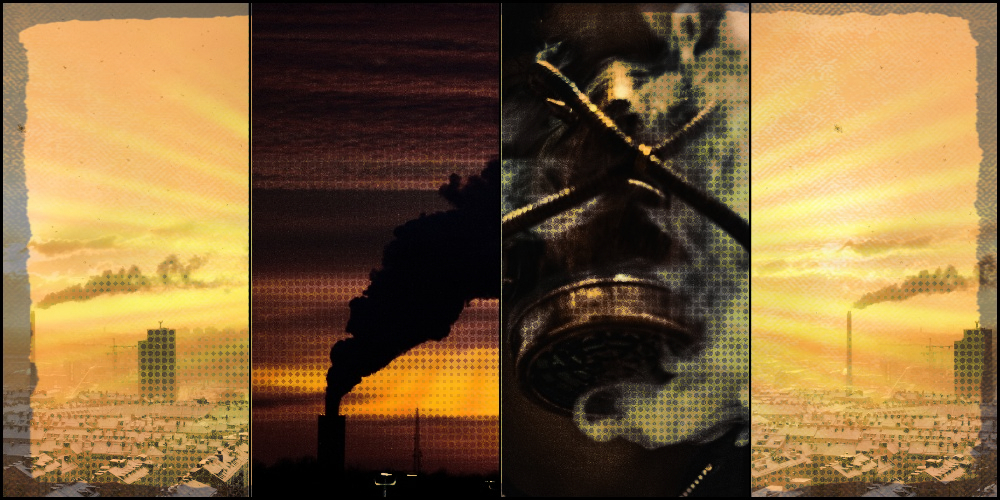 Last October, reporters for this publication fanned out across the Western Cape in order to make sense of an unfolding disaster: a once-in-628-year weather event threatened the existence of the city of Cape Town, and no one knew what to do about it. The mayor was fighting for her political life; the ruling party was engaged in a to-the-death leadership battle; political dysfunction compounded environmental calamity. The more our reporters reported, the more shocking and unbelievable the situation appeared. Cape Town was on the cusp of becoming the first major, developed city to run out of municipal water, which meant that South Africans were about to conduct one of the 21st century’s great inadvertent experiments: what happens to the foundations of human civilisation — our cities — when catastrophic climate change begins to bite?

Two things became immediately clear as the crisis unfolded. The first was that, as we’ve already noted, the municipal, provincial and national authorities had absolutely no idea how to deal with the looming disaster. (In some cases, it was basically policy not to care.) The second — and perhaps equally troubling thing — was that journalists didn’t really know how to cover the crisis. With very few exceptions, there is almost no tradition of climate change reporting in this country. Much like the authorities, we couldn’t gauge the scale of the emergency, we had no experience of interpreting the data, and we had trouble discerning expertise from charlatanry. Worse, we collectively bought into the outrageous folly of “Day Zero” — the ticking-time-bomb invented by Cape Town’s mayoral office to mark the moment when the city would run dry. Day Zero was pushed out indefinitely (largely due to local conservation efforts), the rains eventually came, and the city was saved by grace, providence and old fashioned gambler’s luck.

As a result, South Africa has returned to its default state on the climate: apathy.

Could any of this been averted? Certainly. But there was never any proper engagement with the data collated over the past 30 years, which clearly demonstrated that the Western Cape was drying out and heating up. The desert was encroaching on the catchment areas, and long ago scientists predicted that the city and its environs were doomed to a future of water shortages, wild fires, and further meteorological shenanigans. Trends like these don’t caucus, and nor do they negotiate. Which means that Cape Town 2017 was just a preview of what’s to come.

Water apartheid is, of course, a South African mainstay, and there are dozens of municipalities, none of them as sexy as Cape Town, that have no access to running water at all. Ultimately, the crisis comes down to a confluence of magical thinking, dysfunctional governance, and relentlessly accelerating global warming — a toxic cocktail of factors that has yet to be addressed, or even acknowledged, by the authorities. This is by no means an exclusively South African phenomenon — climate change is the single greatest threat facing our species, probably ever. But South African leaders, unlike their reactionary counterparts in the West or elsewhere, don’t even bother denying the facts — their tactic is to simply ignore the issue altogether. Happily for them, climate change disproportionally affects poor and rural communities: it can be swept aside with zero political fallout.

In the past month, two reports might have alerted policy-makers to the urgency of the issue. The first was the vastly researched, widely lauded Intergovernmental Panel on Climate Change (IPCC) Special Report on Global Warming of 1.5°C. The IPCC report has been endorsed by 195 nations. It details how the world is warming up much faster than originally assumed, and how we have a narrowing 12-year window to avert catastrophe. (Take home stats from the preamble: “Human activities are estimated to have caused approximately 1.0°C of global warming above pre-industrial levels, with a likely range of 0.8°C to 1.2°C. Global warming is likely to reach 1.5°C between 2030 and 2052 if it continues to increase at the current rate.”) The bad news conceals worse news: Africa is warming faster than other parts of the planet, and southern Africa must brace for warming in the region of 3 degrees Centigrade by the turn of the century. That leaves the debate about land reform all but moot — at current rates of warming, there’ll be little arable land worth reforming, if any at all.

Indeed, you might have expected a report this dire to elicit a commensurately urgent response from the government.

If the IPCC report was the main course, dessert was served several weeks later. A Greenpeace paper found that Mpumalanga has the worst rates of nitrous oxide — a.k.a. air pollution — in the world. And while it should probably count as good news that South Africa is a global leader in something other than economic inequity, the report is a damning indictment of energy policy in this country: in a land of sun and wind, Mpumalanga’s 12 coal-fired plants are sickening its local population, while failing to meet the country’s energy requirements. In order to comply with clean air legislation — in other words, in order to avoid breaking the law on a second-by-second basis — Eskom will need R70-billion to retrofit its plants with the necessary technology. But the power utility has been gutted out by corruption and mismanagement, and finds itself in a debt trap from which it is likely never to emerge.

This is all compounded, if not caused, by the fact that during the interregnum between capitalism and whatever comes next, we have no alternative to economic theory that posits “growth” as the panacea to all evil. If only GDP would grow by 5%, 7%, 10%, then we’d all be fine! These shibboleths are parroted by the finest minds in the country, with little thought for the consequences wrought by eternal expansion. Indeed, the global economy appears to be the only entity in the known universe that can grow indefinitely without destroying a few surrounding galaxies in the process.

No one in the ANC, and certainly no one in the embarrassingly jejune opposition parties, has any solutions to these problems. South African politics generates no imagination and no curiosity: the prevalent economic theories serve either microwave-dinner Marxism or paleo-neoliberal socialism. Radical Economic Transformation faces down Radical Socio-economic Transformation: death by a thousand semantics.

Meanwhile, insofar as climate change is discussed at all, the “debate” continues to fall along ideological lines. The right denies that human-generated climate change exists; the left decries the denialism. This deadlock is routinely broken by the science that has presented more than enough evidence to prove that the build-up of greenhouses gases is an anthropogenic event. That said, scientists are not gods, and nor are their findings scripture — interrogating methodology and intent remains the obligation of those involved in climate change.

But as members of the press, it is no longer responsible to report on human-generated global warming with circumspection: we are heating up the planet, and it’s time to do something about it.

This places the onus squarely on the loose (and necessarily tenuous) alliance that forms the bedrock of South African democracy: the media and civil society. Neither are perfect entities; both come with built-in biases and blindspots. But the Zuma debacle proved that when we hold fast against the worst instincts of those that govern us, better instincts are free to prevail.

In this, and in order to acknowledge the severity of the crisis (or, rather, the series of crises that represent the new normal), Daily Maverick will run an ongoing, intermittent series called “Our Burning Planet”. It will concentrate on the head-on collision between bad governance and climate change, and show how the country is being reshaped by this phenomenon. We will travel to rural areas, and see how the weather has transformed food production and livelihoods; we will speak to scientists and specialists and the holders of traditional knowledge. We will offer more climate reporting than we will climate opinion, although we will continue to publish the latter. We will take notes, we will take photos, we will cut video. Send us tips, send us stories: we’ll do our best to follow them up.

“Our Burning Planet” is driven by one binding impetus: Cape Town was a warning. Eventually, miracles evaporate, just like the water. DM