Can violent extremism be prevented? 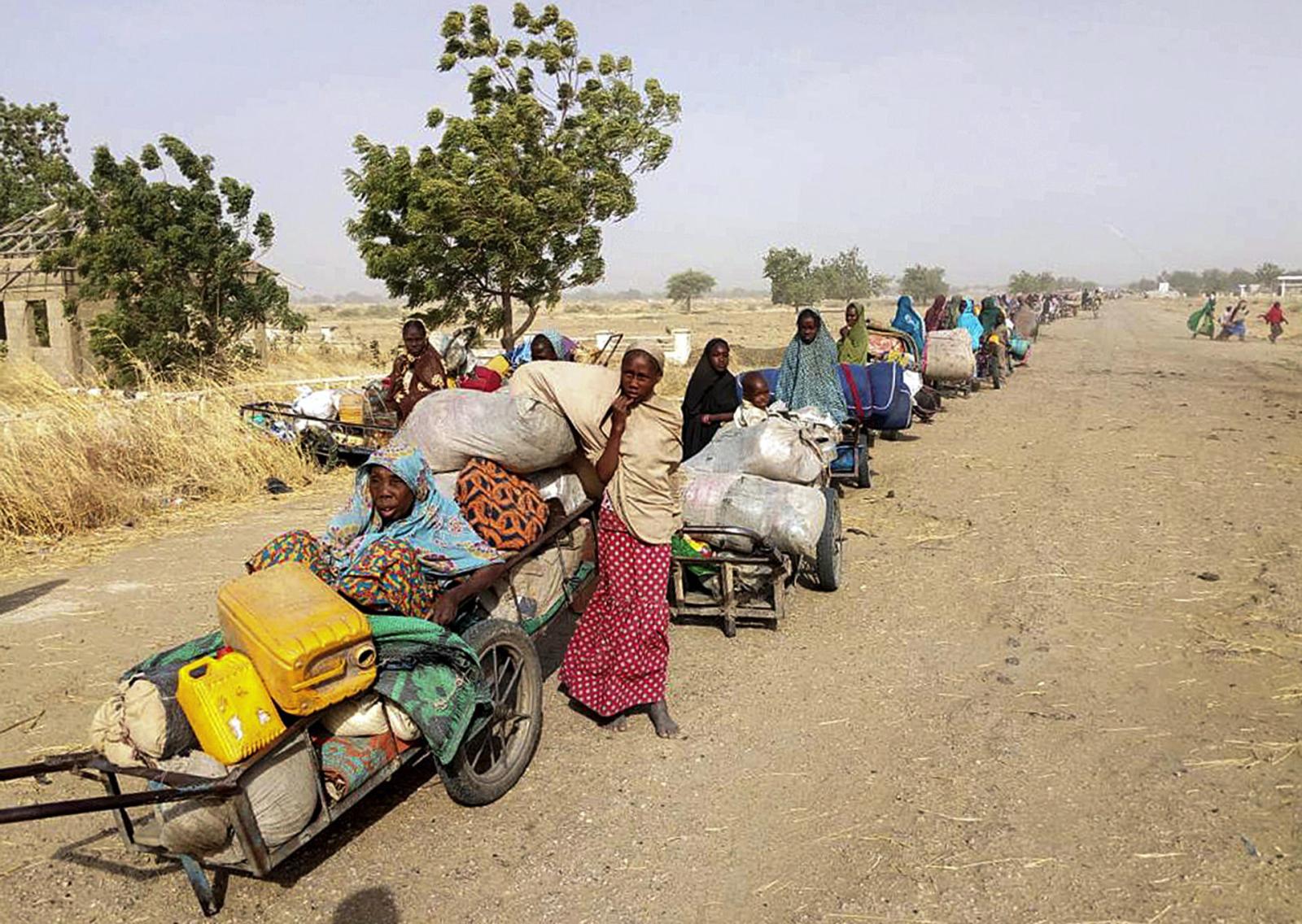 Some of the 700 persons rescued from Boko Haram lslamic militants by Nigerian Army, in Monguno, Nigeria, 02 January 2018. According to the Deputy Director, Army Public Relations over 700 persons abducted by Boko Haram insurgents had escaped from their captors and were received by the 242 Battalion of Nigeria troops in Monguno. The abductees comprising men, women and children were forced to work as farm labourers by the insurgents. EPA-EFE/DEJI YAKE BEST QUALITY AVAILABLE

Despite the significant financial investment, expectations about what can be achieved have been tempered by global realities.

Can the global community prevent violent extremism? Is the violence associated with terrorism different from other forms of violence, and in what ways? Although the UN’s 2015 Plan of Action to Prevent Violent Extremism was received with enthusiasm, the answers to these questions are still unclear.

Despite significant financial investment from donors to prevent extremism, initial expectations about what can be achieved have been tempered by global realities. This was evident at a series of discussions in New York on the margins of the United Nations General Assembly in September.

Global frustrations have grown in the face of the inadequacies of reactive counter-terrorism measures like security actions and criminal justice measures. And as the threat posed by extremist groups has evolved, concerns have arisen about new issues like how to integrate fighters and their families when they return to their countries of origin.

Preventing extremism involves a different approach to policing and intelligence-driven solutions. It focuses on the causal dynamics and the multiple factors behind the grievances that result in violent actions and extremist views. In this sense, preventing violent extremism is a new endeavour with lofty ambitions.

The post-9/11 period has produced a body of research that reflects the complexities of these causal dynamics. Terrorism and violent extremism – terms that remain undefined and vastly contested – are not easily explained away by pointing to a misguided, extreme and violent subset of young Muslim men.

The story that the data tells is far more expansive and alarming, if prevention is the goal. It ranges from broad structural and historical factors including economic, social, and political exclusion to ethnic and religious discrimination, and outright abuses of human rights. Factors closer to home are also relevant and relate to individuals, families and communities.

The data argues that governments should deliver justice, economic development and good governance for their citizens. Like effective development, preventing violent extremism calls for local solutions and local action. This is in line with the UN’s Plan of Action which says all of society must be involved.

New research by the Institute for Security Studies (ISS) contributes to the evidence on preventing violent extremism. The study covered 133 projects from six countries in West and Central Africa most affected by terrorism. Preliminary findings from four countries in East Africa and the Horn were also presented. The study sought to understand how the projects were designed to achieve their prevention goals.

While some expected results were found – like a strong focus on youth, an emphasis on building tolerance, and strengthening community relations and co-operation – other findings were less predictable. These were that funding cycles are too short to achieve ambitious prevention goals, and that the process of documenting and evaluating programmes tends to be weak.

The ISS analysis along with debates at the New York meetings in September highlight a range of concerns and recommendations for those working to prevent violent extremism.

Governments need to play a stronger role in leadership, accountability and funding when it comes to preventing extremism. They also need to address the factors known to be strongly associated with violent extremism, including the abusive or repressive actions of their own security forces. Long-term rather than short-term solutions need to be encouraged.

Governments must engage with civil society organisations to prevent extremism – not just to carry out projects but to help develop policy and the implementation processes.

International institutions like the United Nations, the Global Counter-terrorism Forum and the Organisation for Economic Co-operation and Development should promote cooperation between governments, and share lessons across countries and regions. Resolving the ambiguity of terms like :violent extremism” and “terrorism” is also important.

Projects to prevent extremism need to address the local dynamics that contribute to the problem. For example, the youth are often viewed as “agents of change”, yet they aren’t trusted to implement interventions, despite one of the objectives of prevention programmes being youth empowerment.

Women’s roles in preventing violent extremism have been discussed for some time – yet they continue to be seen in the limited position of carers – for example as mothers, counsellors and educators. The lack of recognition of the diverse roles played by women, both as actors in extremist groups and as potential policy partners, severely constrains efforts to prevent violent extremism.

All stakeholders need to build evidence and learning through the exchange of good practices – focusing not only on what works, but what doesn’t work. The ISS research argued that projects to prevent violent extremism should be designed based on local research, and their results documented and shared publicly. Donors are key to ensuring this happens.

It is no surprise that up to now, projects to prevent extremism have largely not been able to show results. At these early stages, solving interlinked problems related to religion, politics, social and economic injustices and unemployment while taking the local context into account, is a complex undertaking. And the positive results that do emerge will only be evident in the long term.

Global debates, informed by research, offer valuable direction for those involved in preventing violent extremism. They also provide an important reality check for anyone expecting immediate results. Efforts to prevent extremism will not be the silver bullet that ends terrorism – but could be an important part of the solution. DM