Undercity: An alternative story of Joburg that’s more about what’s out of sight than what’s hidden 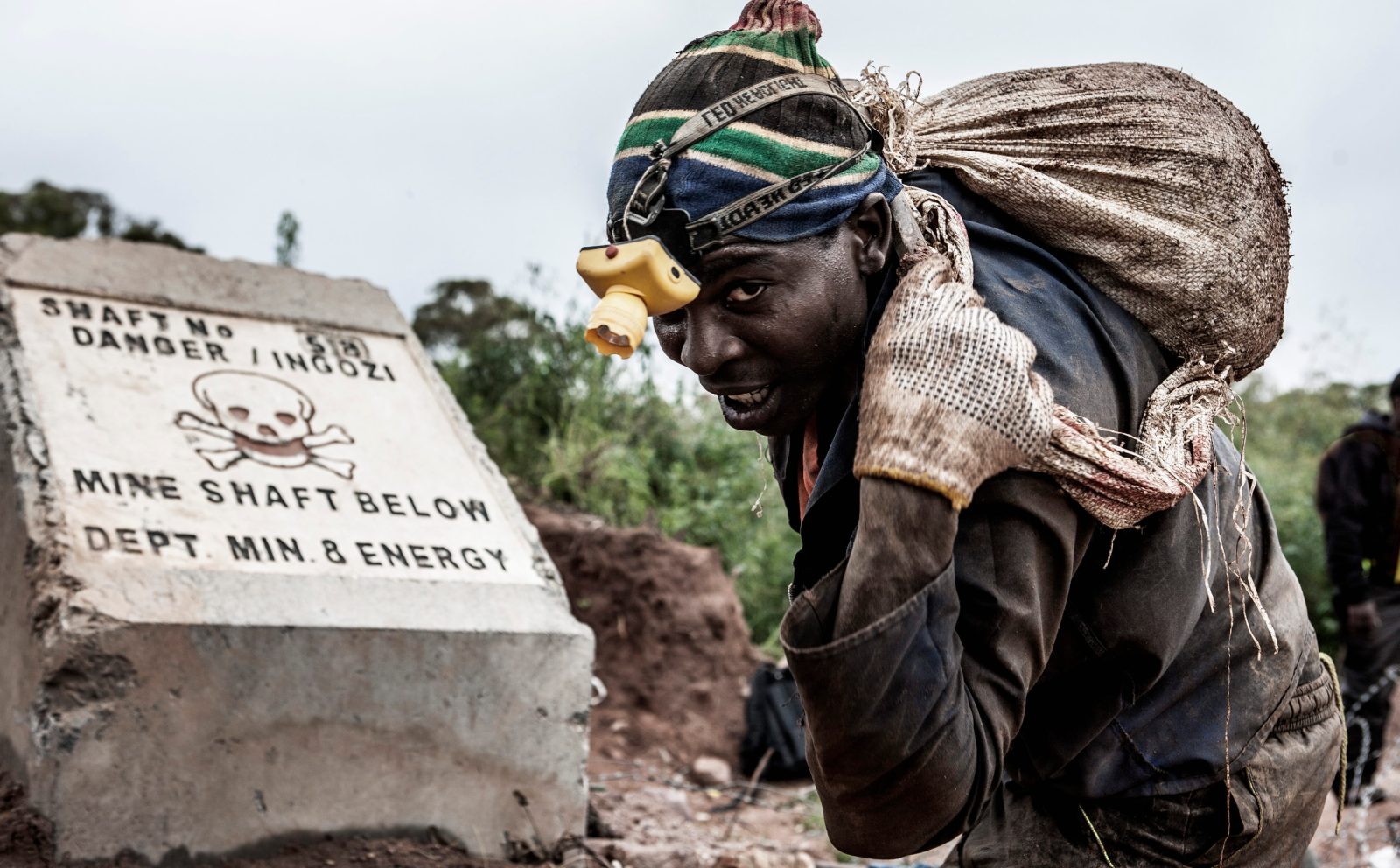 An informal miner, a so-called Zama-Zama goes where the “danger” signs warn people to keep out. Image courtesy of Mark Lewis

The last book in the acclaimed Wake Up, This is Joburg series launched this weekend with the story of gold that binds together the good, the bad and the ugly that is Jozi.

Their story-collecting began in 2014 in a condemned building where city butchers hack cow heads for R10. This was the making of Tanya Zack and Mark Lewis’s photo-book S’kop — first in the Wake Up, This is Joburg series.

Now, four years later, the last of the 10-book series published by Fourthwall Books has been launched. It’s called Undercity and brings to a close an alternative story of Joburg that’s more about what’s out of sight, rather than what’s hidden.

It’s a way of seeing that is distinctly Zack and Lewis. Zack is a town planner, academic, researcher and author and Lewis a documentary and portrait photographer. Throughout the series they’ve guided readers with quiet invitation to pause a little longer. There’s honest disclosure to their audience in accepting their imperfect viewing and their own filters — there’s noticeably little moral instruction, weary assumptions or hit-and-run voyeurism.

“We titled this book Undercity, not ‘underbelly’, because it’s not about the marginal, it’s about what we don’t see because it’s in our shadows,” says Zack.

The story of gold and its glittery seams run through all Joburgers’ lives in some way or another. Gold may have first been discovered on the Reef in 1886, but it still metamorphosing into current incarnations. It’s the people, the new economies and the new threats that are the realities behind the headlines of mine closures, job losses, mining charters and acid mine drainage.

There are also the ubiquitous “We buy gold for cash” signs in the south-west of the city, the haze of the mine dust that turns parts of Joburg into desert-scape on gusty days and the surge of mine-dump churches.

In this book Zack and Lewis return to the very spot in Langlaagte where news of the first nugget of gold being discovered set off the fever that would burn Johannesburg into being.

In Undercity they meet the rock crushers and the Zama-Zamas, the informal miners who disappear underground for days at a time for R70 a person for protection money. The men, many of them migrants, emerge from the shafts covered in golden dust to the other half of their lives, their lives under the sun. They tell the pair in emphasised syllables, as Zack notes, of the “dan-ger-ous” life of eking out a living with the hazards of rock falls, gas explosions, accidents and gang fights.

Lewis captures men like Nandos Simao, arms spread out along the remains of a concrete wall. He’s relaxed in the pause before returning to the “undercity”, which is how the 23-year-old Mozambican sends money home to his mother, even though he keeps this truth from her, Zack writes.

Lewis also opens the book with an arresting image of the Joburg skyline topped with grey Highveld storm clouds and rooted in the scoured flatness of a reclaimed mine dump.

Lewis says his camera in his hand signals his intentions when he and Zack arrive as complete strangers and outsiders. It’s an immediate admission, not a trap in furtive camera clicks. Being upfront is part of how Lewis and Zack have managed to gain intimate insight and access in their books. Zack says it’s also about being open, taking time and listening.

“People are often as interested in us as we are in them. People are also bored and telling us their stories breaks up the monotony of the day,” Lewis says.

It’s a swift stripping away of romanticising the other. It’s what’s allowed Lewis to, over the series, stand at a communal bathroom and photograph the ordinariness of matutinal life for the 34 people sharing a single Hillbrow flat getting ready for the day in Bedroom. In Zola he photographs Izilda Nzopene preparing sandwiches for her taxi driver customers. She works by the shaft of sunlight penetrating the graffiti-painted basement that is her office.

The images render the ordinary in extraordinary artistry, and Lewis’s impact is being able to locate his subjects — people, personality, buildings, landscapes — in a way that’s instantly recognisable and familiar, but not obvious or overstated.

“We often didn’t know what direction we would take with the people we met or in what would come after the first two books that we had planned, but we had no expectation and no assumptions and we started all our interviews asking what people wanted to know about us,” says Zack.

The central characters have sometimes been a single person, or a group of people like the taxi drivers in Zola and even a building as in Tea at Ansteys. But Zack’s research rigour has meant that the books are not just transcribed fieldwork notes. The writing deeply expands on the unexpected new ways urban space is used, economy in its formal and informal intersections, competition for resources, the rise of niche industries, the burden of surviving as a woman, long personal histories and heritage in a city of transience, and how reinvention and trade-off is both adaptation and desperation.

The balance of academic research, slow journalism, personal reflection, visual impact and the inclusion of a full translation of the English text into the language of one of the protagonists is what makes the Wake Up, This is Joburg series stand out. Translations have been made into Zulu, Gujarati, French, South Sotho and Portuguese.

“The translations were about making the book accessible and inclusive and what it means for an English language speaker to not understand the words in front of them,” says Zack.

Wake Up, This is Joburg was undertaken as a project with a tiny budget and only 300 copies of each book have been published. Zack says the books have developed something of a cult following because she believes people want to love Joburg even with the parts that are harsh, ugly and unforgiving. The books are now used as academic resource, have fans calling for reprints and funding for a box set, and are treasures for those who want the deep dive into Joburg.

Professor Phil Harrison, the South African Research Chair in Development Planning and Modelling at the University of the Witwatersrand, who spoke at the launch of Undercity, says that series puts faces to statistics and convenient labels.

It also looks for the humanised stories in the city’s voids — the gold underfoot and the obscured ecosystems that pulse as parallel universe.

“Tanya and Mark have changed our methodology and also the nature of our inquiry for research, writing and publishing,” says Harrison.

For Zack and Lewis it’s been a four-year journey of re-awakening. Both expect to continue with related projects with Joburg as their muse, because this city has forced open their eyes and has made blinking for too long not an option. DM