A School Where I Belong: Lack of transformation leaves students of colour feeling like they don’t belong 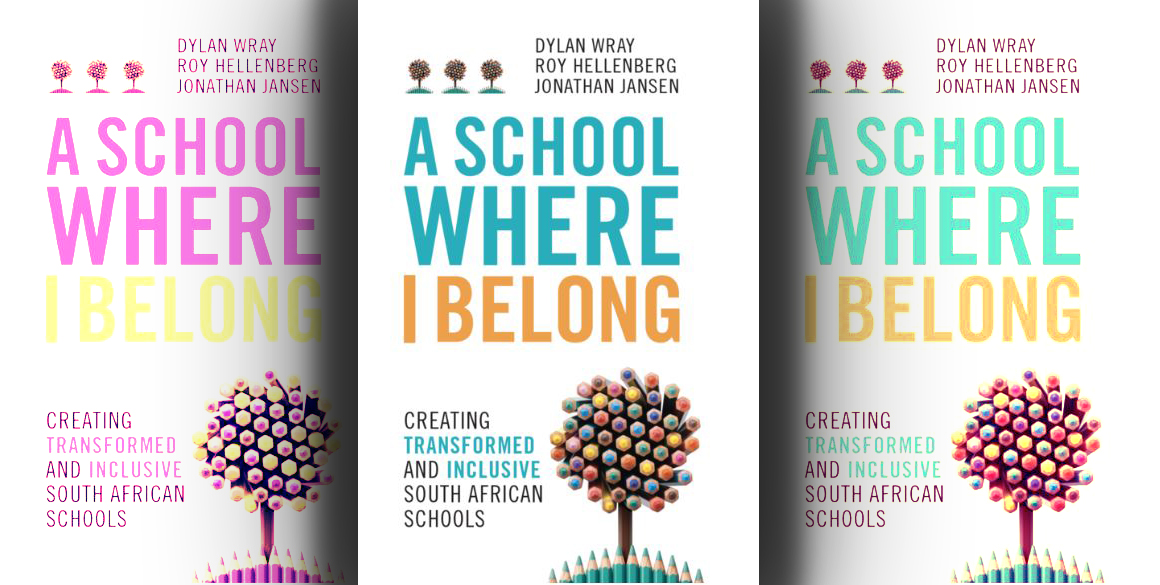 Written at a time of hair protests and after students of former Model C and private schools had complained about feeling like outsiders there, A School Where I Belong, published by Bookstorm, offers readers a view of what a South African classroom looks like and what needs to change.

Integration was a “big one” for the new South Africa. Almost overnight, black South Africans could occupy spaces that were previously reserved for white people. South Africa saw a lot of integration, but very little transformation.

While many recognise that the legacy runs deep, few have looked at how this legacy manifests itself in the classroom. The book A School Where I Belong comes at a time when South Africa has been experiencing disruption around academics.

The three authors of this book, which aims to address issues of transformation in South African former model C and private schools, are:

They have been working with principals, teachers and parents from schools around the country over the past few years. The book addresses questions about how racial bias shapes the experiences of all the stakeholders in school, and whether codes of conduct and behaviour at schools encourage a nurturing environment for all students.

The book is replete with voices of principals, former students and teachers. Each speaks of the experiences at school and how the schools they attended or taught in affected them.

The authors explore various factors that contribute negatively to the schooling children, especially those of colour. When schools opened doors to children of colour, a new curriculum was adopted, but the teachers — the people who would be dealing with the learners — were not trained to transition from a system that divided people in terms of race, to one that saw everyone as equal.

It is challenges like these that led to a resistance movement such as one that developed at the Pretoria Girls High School. There was a backlash by students who were told they could not wear their natural hair, but had to assimilate and tame their hair so it could be in line with a code formed before the doors were opened to people of colour.

The book looks at how deep implicit bias runs.

Former student Angelique speaks about how black kids are often treated as if they are more aggressive than their peers and how bad behaviour is more expected from them than from their white peers.

Angelique, who went to a co-ed school in a suburban area, revealed the implicit bias some teachers had against people of colour — evident in even the smallest gesture, comments and reactions. She relates an incident where she and her classmate were late for class, a few seconds before a white classmate, also late, was allowed to enter. She and her peers were told return to the previous class to gather evidence to prove that they did not take too long to walk to the next class.

Shaun, a white principal of a predominantly white school, says he thinks about unconscious bias a lot. He says it would be foolish to suggest that he does not have any biases. He grew up in apartheid South Africa and around white people. He had certain expectations of students economically.

He says it is important that there is an awareness of how economics and financial considerations affect students.

While some students live close to school and are able to perform well in their academic work and also participate in extra-curriculum activities, a learner who lives in the township has to catch taxis to and from school. This may be a hindrance to both their academic performance and general involvement. It was thus important for teachers to be aware of backgrounds and challenges that differ from those of advantaged students.

The book paints a picture of what the South African classroom looks like and the “microaggressions” that affect learners and which some would not see. The book also offers steps that could help both students and teachers become aware of their biases and to work through them.

Considering the social climate in South Africa and growing discontent among schoolchildren of colour, this book could not have come at a better time. DM