Tito Mboweni: A maverick iconoclast in a Cabinet of cad...

Tito Mboweni: A maverick iconoclast in a Cabinet of cadres 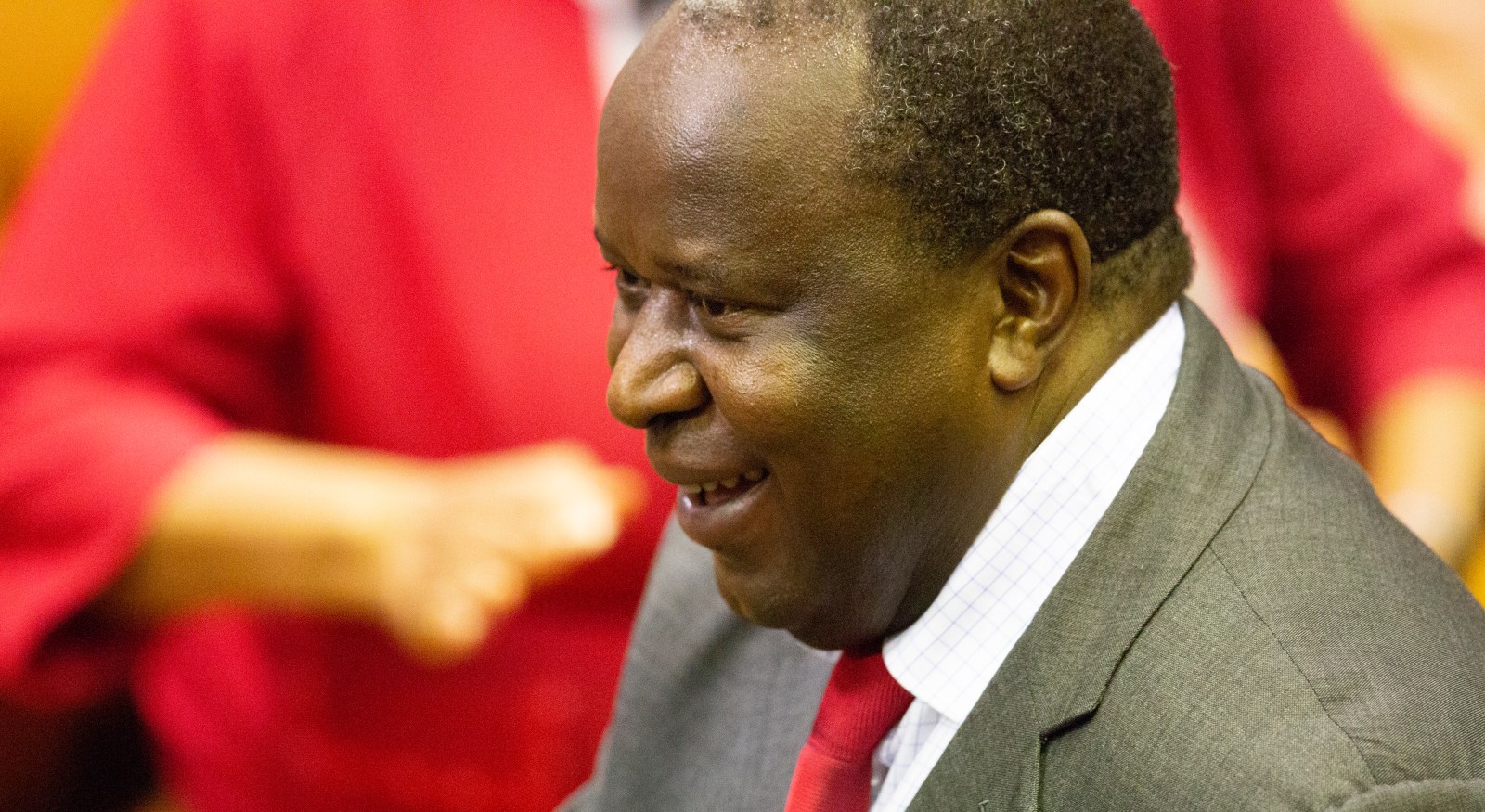 Will Tito Mboweni change government or will it change him? Can he walk his talk? South African Cabinets are made up of quite dour people: political speak is stultifying and the ratio of slogan to the idea is sadly weighted to the former not the latter. There are some fabulous technocrats in the Cabinet, but on the whole, real maverick iconoclasts are thin on the ground. So, the newly minted Finance Minister Tito Mboweni has proven a fabulous exception.

The years as SA Reserve Bank governor and later as a global business leader have given Tito Mboweni a depth of experience and ideas that is unusual in Cabinets made up largely of apparatchiks and cadres with no experience outside government.

Take last week’s press conference in the middle of the medium-term budget policy statement “lock-up” where journalists are given access to the documents to write stories before the budget is delivered. Journalists are locked up without access to any form of communications because the budgets contain market-moving information and are therefore privileged until the finance minister starts speaking.

In the press conference, which wasn’t very long, Mboweni managed to slay 10 holy cows. You don’t have to agree with all his views to see that he is a breath of fresh air. Mboweni is clearly no fan of the mooted expropriation without compensation law which the ANC is putting through Parliament.

The once fertile and lush Sapekoe tea estate, for example, is a sad and bedraggled sight compared with the bounties of the surrounding farms. In the area around the Coach House hotel, 27 farms which once produced world-class fruit had been run down to zero production, he lamented.

Mboweni is a fan of ZZ2 in Tzaneen, a multibillion-rand farm owned by the Van Zyl family which produces most quality South African tomatoes and exports by the ship-load. They are now producing avocados, both for their own farm and in conjunction with sections of the Makgoba people who have had land restituted to them as part of the national land reform programme.

Then Mboweni revealed to journalists that he had told his spokesman, Jabulani Sikhakane, to strike the term “service delivery” from his speech as he disliked it because it took agency from ordinary people.

“Service delivery” is a much-beloved South African shibboleth that the new finance minister has struck not only from his speech but, no doubt, from the philosophical underpinning of future budgets.

Imagine the possibilities and pitfalls inherent in such a repositioning of how the state understands itself? The potential is most interesting.

Then, without much ado, Mboweni said he thought South Africa’s Cabinet should be no larger than 25 ministers. Even though it’s pretty clear President Cyril Ramaphosa also thinks his Cabinet and broader executive is obese and wants to put it on a Thuma Mina diet, you will never find him putting a number on his ideal. Not so much Mboweni who said he couldn’t understand why China, with a population of 1.3-billion, has 25 ministers. This idea of a slimmer Cabinet cuts to the heart of the ANC in government. Mboweni’s party is statist, but he is clearly not.

The party has ballooned the state to 1.3-million civil servants, one of the largest Cabinets in the world; a massive and expanded public works programme (paid for by the fiscus) on top of the 17-million and rising monthly social grants system. South Africa has a cabinet of 35 and an extended executive (including deputy ministers) of well over 70 high-ups.

Mboweni slayed two more critical shibboleths: that a country must have a national carrier. He is now on record as saying that SAA should be sold and that if we can’t afford to, we should make like the Swiss, who shut Swissair and sold off the name, which still had brand value.

And he has set up a big fight with Health Minister Aaron Motsoaledi, the hardest working South African Cabinet minister with more than a smidgen of technical knowledge, being a doctor. Mboweni said he thought that if companies like Discovery could be persuaded to run the health system the much-stuck national health initiative (NHI) could be made to work.

No other Cabinet minister in the recent history of South Africa has dared make such a suggestion because it’s like a red flag to the bull of organised state health-workers (a very powerful interest group) and to the ANC which is still chronically socialist in its outlook.

Mboweni reeled off a list of badly managed public hospitals and then said: “If you managed them properly, gave people state-of-the-art treatment, the facilities are there, but we are not managing them correctly.

“If (private) health services said ‘we can help you’, we should say ‘come and work with us’; why not? What’s with that? We must move away from the notion that everything can only be done by the state – it’s not true.”

As somebody who studies the state, it has become clear to me that the incapable state is responsible for most of our failures of social justice. Too much is being stolen; too few people have vava-voom in government; productivity is low and it impacts on the development potential of South Africa.

Mboweni is right that South Africa needs crisscrossing partnerships across the public, private and civil society sectors to use the best of its people and use them without being ideologically hidebound about the state being better than private or the other way round.

If he is allowed to take this idea to just two arenas – health and education – South Africa could finally make the jump into the future the country needs.

But, ours is a country bound up by special interests: the most powerful are trade unions allied to the governing ANC and the outmoded ideological positions of the SA Communist Party, which still regards itself as a vanguardist movement, even over the democratic state.

In both health and education, strong unions affiliated to Cosatu hold back progress through the politics of fear. For example, not a single minister of education has succeeded in getting performance agreements institutionalised because the uber-powerful South African Democratic Teachers Union will not have it. Neither has the central government been able to deal with a Sadtu Mafia which sells senior teaching jobs to the highest bidder, not the best teacher.

The ANC’s cadre deployment strategy means that any attempt to modernise the Cabinet by streamlining it for better decision-making is going to raise a racket when networks of deployees are destabilised by losing their patrons in the national government.

And, while the ANC-led national development plan has long ago urged a second look at whether the system of government is working optimally, special provincial and municipal level interests means that the ability to tweak or shift the system is virtually impossible.

As Mboweni keeps saying, he is an outsider in an insider Cabinet. The jury is out on whether he is a harbinger of a modernising impetus running through South Africa, and whether he has been deployed to say the things that Ramaphosa can’t, or a maverick who will be tamed by the arcane logic of our politics. DM