Should we respect patents or people? 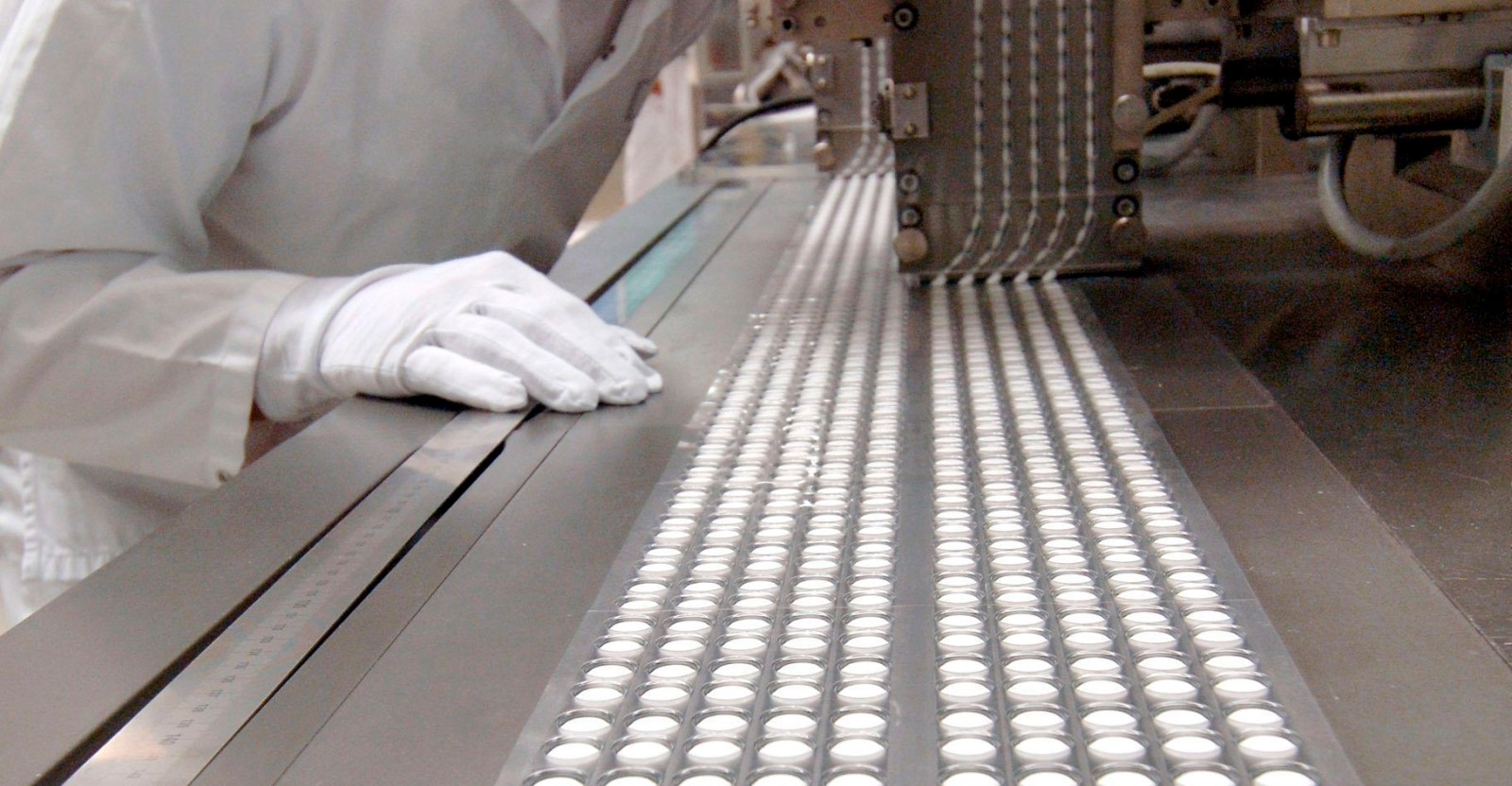 An employee of the pharma company Bayer checking the production of aspirin pills in Bitterfeld, Germany, 06 July 2005. EPA/Peter Endig

The World Intellectual Property Organisation has descended on Sandton in a bid to push its patent maximalist agenda on decision-makers, government officials and judges from across Africa. For South Africa to play host to a conference titled Respect IP is an affront to the millions of people who have died and those who continue to suffer without access to the medicines they need, thanks to the greed of pharmaceutical corporations. The intellectual property system the organisation so wants the African continent to respect plays no small role in helping Big Pharma hold patients and governments hostage to its profit-grabbing.

Global patent rules are governed by the Agreement on Trade Related Aspects of Intellectual Property Rights — or Trips. According to Trips, members of the World Trade Organisation (WTO) must award 20-year patents to new, inventive and industrially applicable inventions, including medicines.

The problem is that patent-holding corporations use this 20-year period to prevent competition and charge whatever price they feel like for medicines.

For profit-hungry pharma, this means setting unjustifiably high prices to make huge profits. Only after the patent ends and more competitors enter the market do prices eventually fall. Countless lives are lost waiting for this process to unfold.

While Trips guarantees 20-year patents, it also guarantees a number of public health safeguards that countries can freely and legally use to prevent the abuse of patents.

Using these public health safeguards is nothing new or controversial. In 2001 — following the infamous case where 39 drug companies took Nelson Mandela to court for trying to put a few of these safeguards into law — the WTO Doha Declaration on the Trips Agreement and Public Health was signed.

This declaration reminded the world that so-called “Trips flexibilities” exist and that countries are legally and rightfully able to use them as they want.

Yet industry and its proponents, such as the World Intellectual Property Organisation (WIPO), continue to flex their muscles to undermine and cause confusion around these flexibilities.

They incorrectly frame Trips flexibilities as being radical and unnecessary interventions that are risky for future innovation and foreign direct investment — myths that have been dispelled time and again.

For instance, the reality in South Africa is that 35 multinational pharmaceutical companies shut down after the country adopted Trips in 1997 — instead of receiving more foreign direct investment as promised, companies left the country in droves.

In contrast in India, a country famously known for using Trips flexibilities, foreign direct investment is flourishing. Despite threatening to leave India in 2012 if it didn’t grant a secondary patent on a version of an existing medicine, the pharmaceutical company Novartis actually expanded its operations in the country after the Supreme Court ruled against them. The myth just does not hold up.

The same is true for innovation. We are repeatedly told that patents are the only way to secure future research and development efforts. However, wherever the costs of research and development of new medicines have been analysed (in the cases where researchers have been able to access this non-transparent information), we have found that the costs pale in comparison to the profits.

Novartis, for instance, was making back its return on investment for imatinib mesylate (a cancer drug also known by its brand name, Gleevec) every 13 days in 2012, while suing India for not granting a secondary patent on this medicine.

Moreover, if weak patent systems grant easy patents on slightly modified medicines, and make money off of this, then why would companies invest in more risky, but neglected research?

Also, if companies are motivated by high profits, then why would they make medicines for diseases affecting poor people, or few people, or medicines that should be used in a restricted manner? For people with TB who have seen a measly two new medicines developed in 60 years, and as we approach a terrifying post-antibiotic era, the patent system fails to deliver.

These realities point to the limits of patents when it comes to encouraging medical innovation to save and improve lives, and bolster the case for exploring the many other ways of remunerating creators, including prizes and pooled funding.

However, these false narratives are so successfully peddled by the machines of big business and its proponents such as WIPO, that despite great need, most countries haven’t used Trips flexibilities effectively, fully or at all.

For years South Africa has blindly handed out patents (mostly to foreign companies) without scrutiny to see if they are deserved and has never issued a compulsory license to date. In contrast, ironically, the United States is perhaps the world’s most frequent user of compulsory licences. Yet anyone who dares to try to do the same is singled out as a bad trade partner and put on the US Special 301 Watch List — “do as we say but not as we do”.

Countries should be provided with support to amend national patent laws to incorporate all Trips flexibilities. Instead WIPO provides behind-the-scenes technical “assistance” to governments amending their laws that would see harsher patent regimes that further protect industry interests. Instead of adopting and using Trips flexibilities to their fullest extent, countries are pushed to adopt worse Trips “plus” measures.

WIPO has repeatedly pushed for greater enforcement of intellectual property (IP). Indeed, this is their message to governments across Africa through this conference to “Respect IP”. The disastrous impacts of promoting IP enforcement at the cost of access to generic medicines have been felt sharply in Africa.

In 2008 and 2009, the EU respected IP so much that they seized consignments of lifesaving generic medicines on their way to Latin America and Africa. One such shipment was of abacavir sulfate, a key HIV medicine on its way to a Unitaid-funded programme implemented by the Clinton Foundation in Nigeria.

It was also in 2008 that Kenya put in place anti-counterfeiting legislation — sections in the act caused confusion that would result in arbitrary seizures of generic medicines under the guise of fighting counterfeit medicines.

The act was challenged by people living with HIV, who won the case in 2012 when the High Court of Kenya held that while IP should be protected, “where there is the likelihood, as in this case, that their protection will put in jeopardy fundamental rights such as the right to life of others, I take the view that they must give way to the fundamental rights of citizens in the position of the petitioners”.

What the High Court of Kenya saw so clearly was the primacy of the right to health. Decades before the onslaught of Trips began, the right to health was firmly established in international law obliging governments to respect, protect, and fulfil people’s ability to access quality healthcare. In contrast, at its core Trips aims to protect individual creator “rights”.

While human rights law does mandate that governments protect the moral and material interests of creators, this does not imply that patent “rights” are human rights, as patents are merely one among many ways to reward creators.

Nothing in the agenda for WIPO’s grand conference indicates that any of these issues will be reflected in the presentations or sessions. The very real negative impact that patents and their enthusiastic protection and enforcement can have on people certainly finds little space for discussion in this forum.

African governments must take their cue from the Kenyan High Court, that was able to see through the attempts to push through greater IP enforcement by creating confusion over issues of safety or quality of medicines.

And while amending patent laws and policies, African governments will be wise to remember that the mandate of WIPO is the promotion of patents and foreign profits, not human rights.

Decision-makers attending the conference, and the governments they represent, should check the facts.

The current patent system fails local industry, provides no incentive for foreign investment, and impedes innovation. Most seriously, it costs the lives and health of millions. DM

Lotti Rutter and Maureen Milanga are associate directors of International Policy and Advocacy at Health GAP, based in South Africa and Kenya respectively.