Patricia de Lille off the hook from DA, but may now face criminal charges 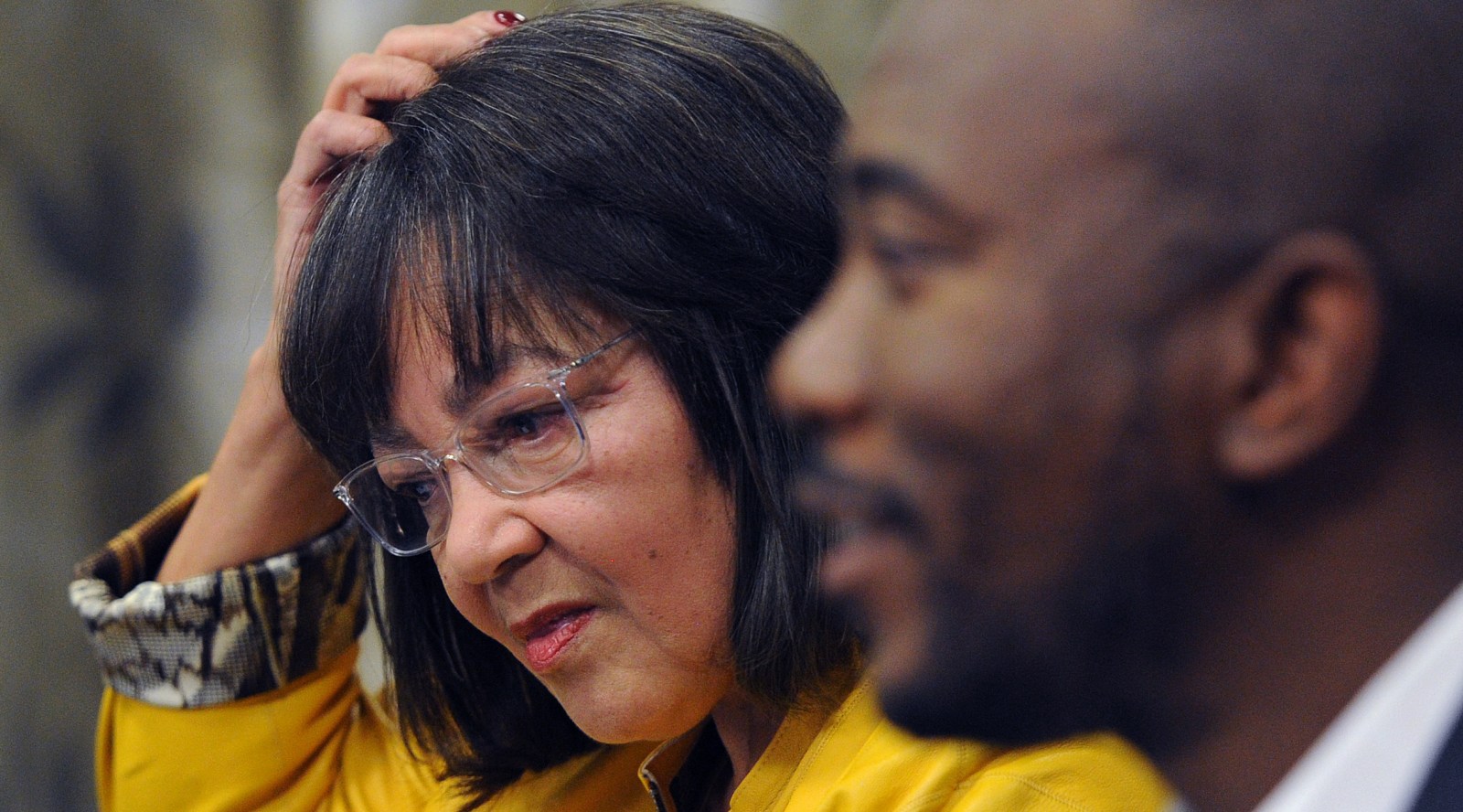 The deal brokered between outgoing Cape Town Mayor Patricia de Lille and the DA, which will see her leave office with the party’s disciplinary charges against her withdrawn, still stands. But the Cape Town City Council is now referring De Lille to the police to face possible criminal charges as a result of a report implicating her in the cover-up of fraud and corruption. Cue the theme tune to ‘The NeverEnding Story’.

The day of Cape Town Mayor Patricia de Lille’s (supposedly) final appearance in the Cape Town City Council concluded with council accepting the recommendations of two Bowmans reports into fraud and maladministration within the City of Cape Town.

But if what turned into a nightmarish day for the DA is over, the Patricia de Lille saga is almost certainly not.

Cape metro chairperson Grant Twigg told journalists after the council sitting that one of the law firm’s recommendations is that the reports’ allegations of corruption concerning De Lille and other City officials be referred to the police for further investigation.

Twigg said that this recommendation would be complied with.

DA deputy federal chair Thomas Walters confirmed, however, that De Lille will not face any disciplinary charges from the party resulting from the report’s findings.

This follows the deal brokered between DA leader Mmusi Maimane and Patricia de Lille which saw De Lille agree to step down as mayor by 31 October if the DA dropped all disciplinary proceedings against her.

Asked what would happen if De Lille now refuses to resign – which has been touted as a possibility – Walters replied: “If she doesn’t resign, then our agreement ceases to function. That means the party has the right to institute any processes it sees fit.”

De Lille was unavailable for comment after the council sitting. Her spokesperson Zara Nicholson told Daily Maverick that the mayor would not be making any statement on Thursday.

De Lille staffers, meanwhile, claimed that the mayor had not yet taken them into her confidence on the question of her next move.

As such, the issue of De Lille’s resignation is still ambiguous at present. Earlier this week she said she would make a decision on the matter based on the reports tabled in the council on Thursday afternoon.

The sitting to discuss the Bowmans reports was held behind closed doors, despite the ANC’s appeal to make the meeting open to media in the interests of transparency.

But Twigg said that the reports would now be made available to the public, so “you can go on to the city website” to read them.

Several hours after the press conference on Thursday evening, however, the reports had not yet been published. In an attempt to prevent leaks, councillors were given password-protected copies of the reports on encrypted flash drives to stop contents being shared with journalists before the council sitting.

The subject of the Bowmans investigation was alleged tender fraud involving the city’s transport authority, with De Lille accused of having knowingly covered up corruption.

In a statement on Thursday, DA deputy federal chair Natasha Mazzone said that the more extensive report of the two shows “in vivid and grim detail” how De Lille flouted the law by “actively shielding and defending officials guilty of criminal acts in relation to the BYD bus tender (where processes were fraudulently manipulated to illegally favour one bus provider) and the Volvo chassis matter (where the mayor chose to ignore and shield consequential action for irregular payment of almost R50-million)”.

The report finds that De Lille’s failure to bring these matters to the attention of the Cape Town City Council was a violation of the Municipal Systems Disciplinary Regulations and the Financial Misconduct Regulations.

Asked to clarify why two separate Bowmans reports existed, Twigg explained that one report dealt specifically with conduct relating to former City Manager Achmat Ebrahim, while the other one “was to look at general aspects”.

De Lille has claimed that one of the reports exonerates her of all misconduct, which Mazzone says is untrue.

“The first report in no way exonerates her as she claims. The first investigation was far more limited in scope, and only interviewed a handful of people – even so, it points to her undue influence over the former City Manager,” Mazzone stated.

Bottom line: the DA is now done with De Lille from a disciplinary perspective – unless she refuses to resign – but the Cape Town City Council will continue to follow its own process with regards to the reports’ recommendations.

“It is important to draw a distinction between the council processes and the party,” DA Western Cape leader Bonginkosi Madikizela told journalists on Thursday evening.

“We are not going to interfere with the council process. That has absolutely nothing to do with the DA.”

The notion of the strict separation of party and state had been disputed earlier in the day by one of the five councillors who announced their resignation during the council sitting.

Suzette Little told Cape Talk that DA leaders had come to the DA caucus in the City of Cape Town and instructed them to vote in favour of an investigation into De Lille.

“Mmusi [Maimane] made it clear that if we don’t vote the way he instructs, we will be fired,” Little claimed.

The DA’s Walters termed these claims “blatant untruths”, saying that the DA “respects the governance systems of the City of Cape Town”.

Walters also dismissed the claims made by the five councillors who quit the party that the DA had an internal culture of racism and favoured white councillors.

He said that the departing councillors were resorting to “playing the race card”.

Madikizela suggested that the timing and nature of the resignations was designed to deflect attention from the damning findings of the Bowmans report, but added: “In due course we will respond to some of the allegations made by [the five councillors]”.

De Lille has consistently maintained herself to be innocent of all wrongdoing, and it seems unlikely that the publication of the Bowmans reports – however damning – will change that. If historical precedent is anything to go by, De Lille’s next move is likely to be towards her overworked lawyers.

Between De Lille and the DA, meanwhile, a fog of confusion has been thrown over the matter for the public which even the results of an independent investigation may not lift.

Walters appealed to the media towards the end of Thursday’s press conference not to “clutter the space with highly negative and untruthful propaganda”, which he implied has been the case up till now.

But the media can hardly be blamed for the barrage of conflicting information, leaks, counter-leaks, confidential reports and closed-doors proceedings which have characterised this dreary saga from the outset. DM