Tito’s Budget under scrutiny: Business seems upbeat, as does the ANC, but opposition and Cosatu take issue 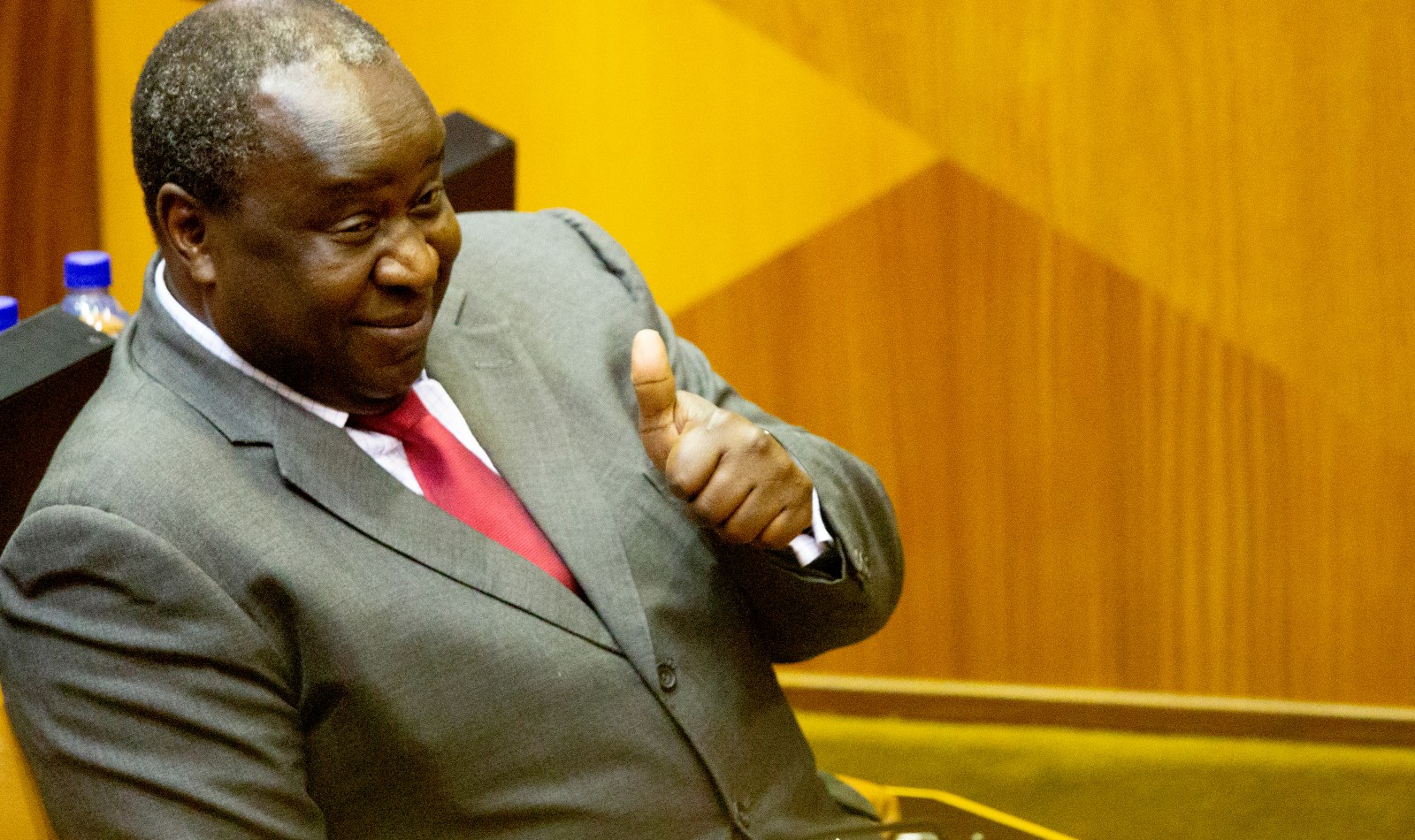 It was difficult to pin down one big grievance, or one big welcome, in Finance Minister Tito Mboweni’s Medium-Term Budget Policy Statement (MTPBS). It was described variously as “weak”, lacking in detail and “contradictory”. But there were some shared concerns cutting across many party-political and sectoral lines: the ever-increasing debt service costs, effectively the largest growing expenditure item, but also the state and reconfiguration of State-owned Enterprises (SoEs), including the multibillion-rand bailouts to defray debt and for operating costs.

Government has skimped, saved and reprioritised to make R32.4-billion available over the next three years, including for a R5-billion bailout for troubled national airliner SAA and R2.9-billion for the post office. Of the R32.4-billion over three years, R15.9-billion is allocated to “faster spending infrastructure programmes”, clothing and textile incentives and the Expanded Public Works Programme (EPWP), according to the 2018 MTBPS announced on Wednesday.

Intellidex Capital Markets Research head Peter Attard Montalto said “it was positive National Treasury is being honest, but it was not clear where the anchor is in the MTBPS”. There was no headline consolidation, which raises the question of perhaps getting stuck, even as growth recovers, with any upside surprises to growth being absorbed by more expenditure.

“However, we should remember that this MTBPS has less wiggle room than in the past, given the aggressive stripping out of under-expenditure and reduction in contingency reserves as well as future addition risks around SoE bailouts.”

For trade union federation Cosatu, Mboweni banging on about the public sector wage bill – it is taking up 36% of Budget and has left a R30.2-billion hole in the purse due to above-inflation settlements – was barking up the wrong tree.

“We signed the wage agreement for the next three years,” said Cosatu Secretary-General Bheki Ntshalintshali, adding that the MTBPS was “terrible”.

Cosatu in a statement said it had expected more details on, for example, allocations for police to ensure safety and security, but also on what action would come in response to mismanagement and corruption at a series of water projects.

“It is unfortunate and in fact provocative for the Minister to want to blame workers for the fiscal crisis. It is not workers who looted Eskom, built Nkandla, sent money to Dubai… We do not hear government complaining about the R2.4 million that Ministers earn or the millions we spend flying their wives overseas. We do not hear government announce when it will reduce the ballooning Cabinet head count,” said the trade union federation.

And the South African Communist Party (SACP), the other tripartite alliance partner to the governing ANC, echoed such sentiments in a statement that indicated it would engage with plans to reconfigure SoEs and other strategic economic issues.

“If personnel budgets come under scrutiny, then it is the bloated, over-paid top management structures that must be targeted, not the tens of thousands of honest and hard-working rank-and-file workers.”

ANC Treasurer-General Paul Mashatile said the governing party welcomed the MTBPS announcement, adding that it provided pro-poor measures, but also “a good focus on investment”. The point was to continue building confidence in the economy.

The repeated emphasis on private sector partnerships needed to be seen in that context.

“The policy direction is not privatisation. We need to look at equity partnerships… if there was to be complete, outright selling of assets, it’s because it can’t be saved,” said Mashatile.

Business seemed to nod positively towards Mboweni. His plain language, direct talk of partnership with business and measures to boost confidence, and to increase investment, seemed to hit all the right notes.

The CEO Initiative in its statement welcomed maintaining the expenditure ceiling, moves to reduce sovereign debt and the political focus on rooting out corruption and mismanagement.

“We particularly welcome Minister Mboweni’s openness to partner with the private sector in the delivery of projects and his encouragement of open minds in developing new approaches to reconfigure SoEs,” said CEO Initiative Co-convenor Jabu Mabuza.

“We reiterate that any additional funding allocated to SoEs – including South African Airways – has to be done in a way that ensures fiscal discipline. As business, we also look forward to working with the government on investing in well-planned and crucial development projects with proper accountability through the infrastructure fund.”

For AgriSA, the overall R3.4-billion drought relief across various departments was welcomed as key to retaining jobs on farms and in rural communities.

“…(R)ebuilding investor confidence is certainly important, but the central policy issue at present is expropriation without compensation of agricultural property, which will more than extinguish all other gains made,” cautioned AgriSA Corporate Affairs and Communication Head Pietman Roos.

“Building confidence in the farming sector is in fact the biggest priority at present.”

“While the majority of Mboweni’s speech is encouraging and focused on alleviating a strained South African economy, he sadly missed the plot on retaining e-tolls and in bailing out the state airlines by R6.2-billion.”

At Parliament, the political reaction was more critical and sharp.

Mboweni “fired very worrying shots” over the public service wage bill – “We will not allow to unemploy anyone” – but did not talk about the tax avoidance and base erosion that cost South Africa R50-billion annually. That was not money the country could afford to lose, particularly given the worryingly rising debt service costs.

DA MP David Maynier described the MTBPS as a “blowout” in a stagnant economy.

And ordinary South Africans could expect to pay more to “effectively ‘bail out’ the governing party, who have mismanaged the economy for more than a decade in South Africa,” added Maynier.

Freedom Front Plus leader Pieter Groenewald said by citing Bible verses the finance minister had admitted that “the ANC has made a mess of the country”, but he did not show any bold initiatives to reverse that.

“While it may be very difficult to balance fiscal discipline and populist expectations going into the elections next year, this is very necessary given the poor state of our economy and public finances.”

IFP leader Mangosuthu Buthelezi said to have expected more from the MTBPS would have been setting oneself up for disappointment. The minister had failed to provide substantive details on implementing the presidential stimulus package, according to an IFP statement, adding that there was “noting new on improving SoEs and strengthening accountability measures across the board”.

Mboweni is done with the MTBPS, but for Parliament the work starts now, with public hearings on the MTBPS next week ahead of its passage through the National Assembly by no later than the end of November. DM