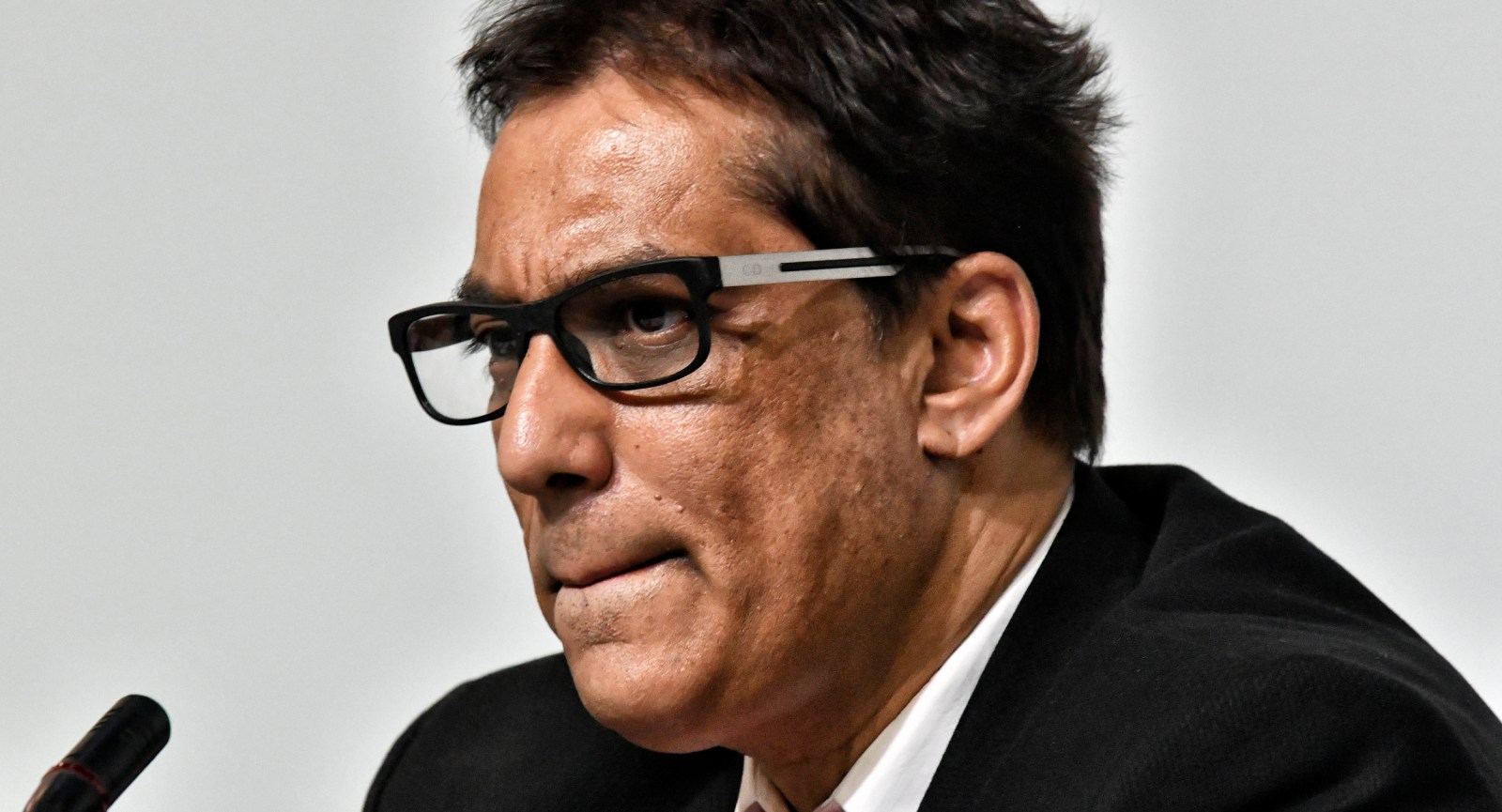 Tiso Blackstar has responded to an attack by Iqbal Survé, executive chair of the Sekunjalo Group, which owns Independent Media, issuing him with a public challenge and an opportunity to silence his critics with facts. As we feel this is an important milestone in the Tiso/Independent conflict, we publish their letter here in full.

The Tiso Blackstar Group has taken note of a column (The Hypocrisy and lies of Business Day), by Iqbal Survé, executive chairman of the Sekunjalo Group, which was recently published by various Independent Media publications and online. While it is not the preference of the Tiso Blackstar Group to engage in litigation by correspondence, the column is littered with gross inaccuracies, blatant lies and defamatory statements which call for a response, particularly as, in the age of fake news, malicious falsehood is often perceived as the truth.

Survé’s meandering diatribe against the Tiso Blackstar Group publications like Business Day and a number of our leading journalists defies belief. He plumbs the depths by degenerating into the cesspool of hate speech by comparing the legitimate reporting of Business Day, South Africa’s most respected business publication, to a “Goebbels strategy”. Goebbels was a Nazi politician and Reich Minister of Propaganda of Nazi Germany, a close associate and devoted follower of Adolf Hitler and known for his virulent anti-Semitism which extended to advocating for the extermination of the Jewish people.

It is also deeply ironic that Survé makes numerous references to the press code in his column despite the fact that his media group has turned its back on the co-regulatory Press Council to which the rest of the industry belongs and which holds all member publications to account in terms of our industry’s professional code.

Tiso Blackstar further underlines our commitment to freedom of expression and editorial independence which we believe stand in stark contrast to current practices at Independent Media.

Survé claims Tiso Blackstar “has surreptitiously approached the shareholders of Independent Media, including the PIC, on many occasions to try and consolidate the newspapers of the two businesses”.

This is false. The Public Investment Corporation (PIC) met with the Tiso Blackstar Group in 2016 asking for help with Independent Media as they were understandably concerned about the running of the company, were encountering difficulty in obtaining financial information from Survé and had growing concerns about the ever dwindling prospect of being repaid amounts loaned to Survé to fund his acquisition of Independent Media. A meeting was set up by the PIC for Tiso Blackstar to meet Survé at the Maslow Hotel on 29 September 2016. This meeting traversed how the Tiso Blackstar Group could potentially help the PIC, including but not limited to us assuming management control of the titles owned by Independent Media.

The meeting was unproductive, Survé was obstructive and PIC’s concerns were exacerbated.

Survé’s claims about Tiso management and journalists overseeing the destruction of shareholder value, including an alleged PIC loss of R7-billion, betrays his self-serving ignorance of the history of the Tiso Blackstar Group and its predecessor companies.

The PIC hasn’t lost R7-billion. There is no basis in fact for this statement. The Tiso Blackstar market capitalisation was at a maximum of R4-billion in 2015. PIC sold down their shareholding from 14.8% to 11.6% which was an historical shareholding related to when Avusa, a predecessor company, existed. When Tiso Blackstar took executive positions at Times Media Group the price was R7 per share. It increased to R20 per share and Tiso Blackstar bought the remaining shares that it didn’t own at R24 per share. In short, Survé’s understanding of the history of Tiso Blackstar and its forerunners is simply wrong.

The Tiso Blackstar Group’s earnings – as our publicly available results show – have grown consistently since 2015, particularly in its media division. Clearly Survé and his team have neither reviewed them nor looked at our history or, more likely, are disingenuously misleading the market. We are not in financial trouble and we don’t need consolidation to survive.

In sharp contrast, Survé took over a very profitable business that is now loss-making and it appears he still owes the full purchase price plus interest to the PIC and the Chinese consortium which funded the transaction.

Here are the facts. In 2012 Independent News and Media PLC disclosed in its last financial results before the completed 2013 transaction which saw its South African operation sold to Survé’s consortium that the enterprise had delivered operating profit of €27-million (approx. R300-million) and an operating margin of 14.6%.

The Sagarmatha prospectus from earlier in 2018, commencing on page 120, provides the financial statements for Sekunjalo Independent Media which represents Sekunjalo’s controlling equity investment in Independent media.

There are four important highlights:

which aggregated to more than R2-billion – and, in most cases, 50% of the loans were due for repayment to the lending parties as of August 2018.

Our challenge to Survé

So today we issue a public challenge to Survé and an opportunity to silence his critics, not with innuendo, misrepresentations, blatant lies and inflammatory accusation, but with facts.

We challenge Survé to:

If our reporting on the above is found to be incorrect following a substantive and verifiable response from yourself we will issue an apology.

Tiso publications, most specifically Business Day and the Financial Mail, have led the coverage of Steinhoff. Financial Mail editor Rob Rose has been at the forefront of this reporting and is the author of an explosive book called Steinheist which is due to be published shortly.

Our work speaks for itself. Examples include this cover story that the FM led with in December 2017; or this article by Rob Rose in 2018, or this collection of the Steinhoff Files which include articles by most of our leading journalists.

Survé’s further claim that Tiso publications have reported with a “deferential attitude” on the South African Post Office (SAPO), and his suggestion that it would be different if a black executive headed the institution, is laughable.

We have reported extensively on SAPO and the mess it is in. One of our leading journalists, Business Day’s Carol Paton, has over the past six months written three news stories on the Post Office which highlighted its backlog in mail delivery of 38 million items and its failure to clear this backlog by the promised deadline of 30 September. There was also a report on proposed changes to the Banks Act which will make it possible for the Post Office to apply for a banking licence.

No other newsroom bothered to report on the mountain of undelivered mail at the Post Office. She also wrote a three-part series commissioned by Business Day editor Lukanyo Mnyanda in which she analysed the turnaround strategy of CE Mark Barnes.

The pieces examined the business strategy put in place by Barnes but concluded that the Post Office remained loss-making and the turnaround had not been successful.

Our coverage of corporate malfeasance and the business sector in general is extensive and by far the most comprehensive of any coverage in SA. It makes no distinction between black and white leadership or ownership and holds all to the same standards, as shown by our publications’ coverage of Steinhoff and Resilient among many others.

Making it about race

Survé’s claim that white managers and journalists at the Tiso Blackstar Group are remunerated differently to their black colleagues is a deliberate lie. We have a small executive management team in our media division which is majority black and is certainly not underpaid relative to white colleagues in the group.

Our title editors, of which only one of nine is white, are well paid both in terms of internal and external comparisons. Journalists are paid according to their experience, quality and contribution without racial or other bias.

Survé claims: “Another example of outright manipulation occurred as recently as yesterday when Carol Paton of Business Day deliberately misled her readers by suggesting that the commission of inquiry into the PIC includes Ayo and Sagarmatha. This is a blatant lie.”

The terms of reference of the Commission of Inquiry state specifically that the commission will probe:

“Whether any alleged impropriety regarding investment decisions by the PIC in media reports in 2017 and 2018 contravened any legislation, PIC policy or contractual obligations and resulted in any undue benefit for any PIC director, or employee or any associate or family member of any PIC director or employee at the time.”

The Ayo transaction was concluded with the PIC’s support and the PIC’s proposed and agreed private placement in Sagarmatha were all among the “media reports in 2017 and 2018”.

If there is anything to appreciate from Survé’s rambling column it is his acknowledgement of the courage of Sunday Times editor Bongani Siqoko who has led his team in apologising and putting right a period of journalistic failures under previous editors and previous management. In doing so Siqoko has the full support of the Tiso Blackstar Group management and its board to do what is correct under these circumstances.

If Survé, meanwhile, believes our journalists have done wrong then he should pursue a complaint at the Press Ombudsman through the Press Council.