‘Matilda The Musical’ is zingy, refreshing and inventive 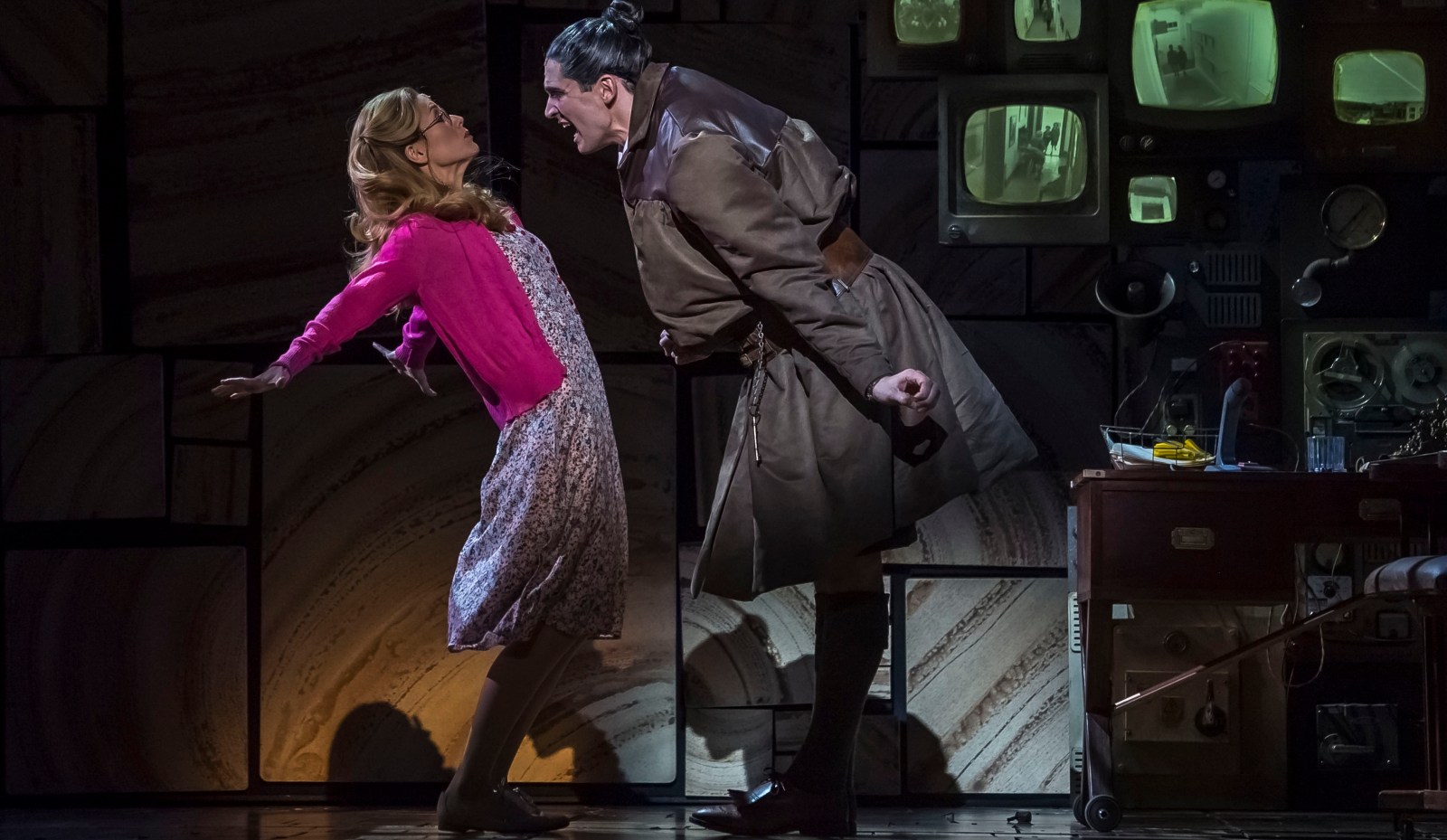 Everybody gets a chance to shine and they all grab their moments superbly. The acting is impeccable, the choreography is clever and fun, and the staging is bold and beautiful.

When the magic of childhood meets the sharp cynicism of adulthood, the results can be explosive.

Those two opposing features combine to create a wonderful chemistry in Matilda The Musical, based on the popular story by Roald Dahl.

This is a lavish, joyful production, with fun fizzling in almost every scene. Even the serious parts are laced with a playful humour that’s clever enough to delight adults as much as the kids. 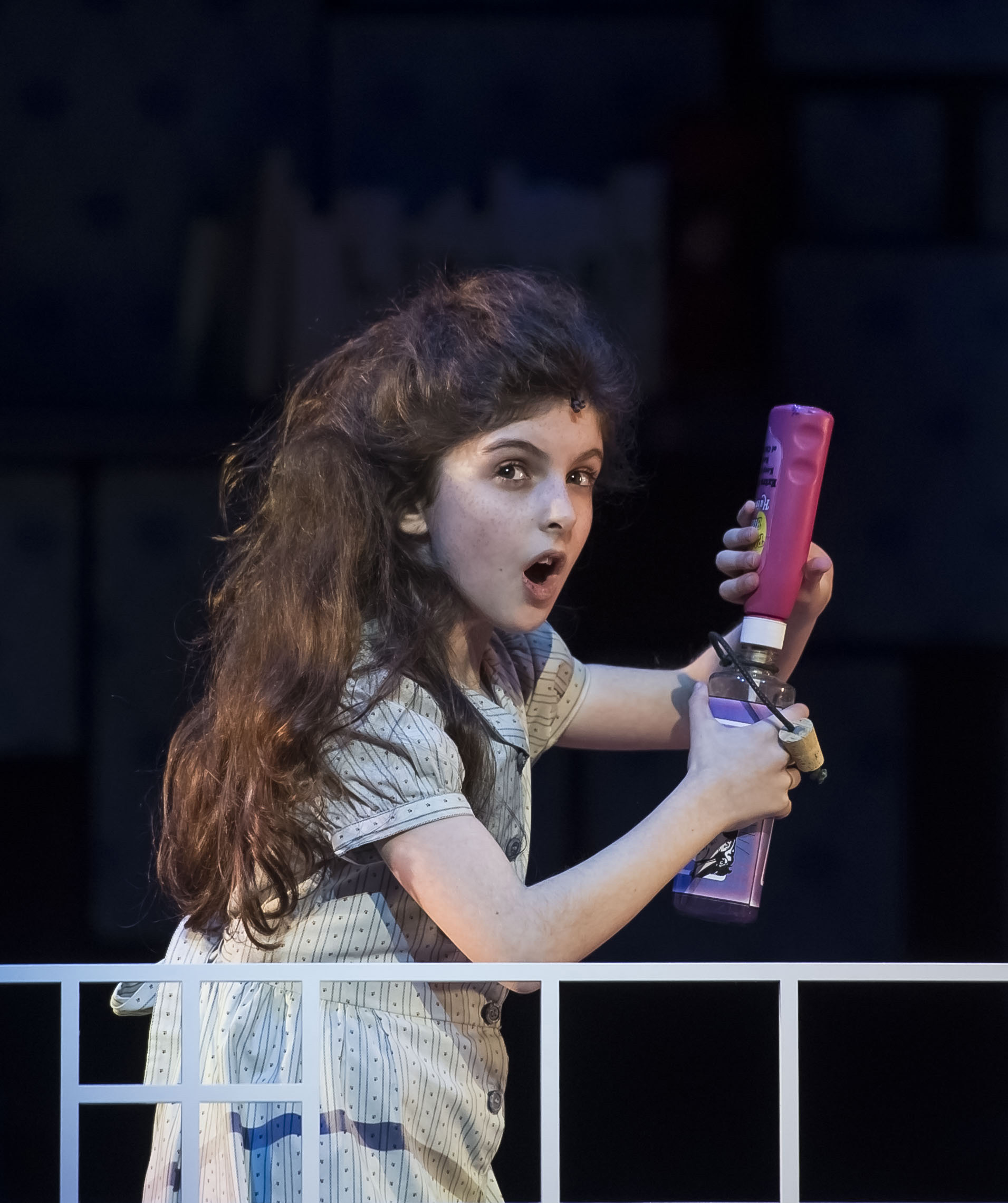 The musical inspired by the much-loved book Matilda was first created by the Royal Shakespeare Company, which explains its sheer professionalism and more than 80 international awards. A local cast has taken over for the South African production, and they’re done it full justice.

Dennis Kelly wrote the stage version and Australian comedian and composer Tim Minchin penned the songs in true Dahl style. The ingenious lyrics span powerful emotions like hope, courage and loneliness, while others are just for amusement. Particularly entertaining is the School Song, as it cheats its way through the alphabet with some hilarious grammatical mangling.

There are several layers to the plot and a never-ending kaleidoscope of action, including the Russian mafia, a fake Italian dancer, and Matilda’s mysterious ability to conjure up true stories. All wrapped around the messages that’s okay to be different, it’s cool to be a brainy bookworm, and standing up to cruel or unfair treatment is essential. But most of all it’s superbly entertaining, with laughter bubbling up every few minutes even as neglected Matilda presents her bravest face.

The set by Rob Howell is multi-layered too, with a building block effect that frames the changing elements inside. Howell also designed the costumes to tell you all you need to know about some characters before they even speak. Matilda’s mum (Claire Taylor) for example, with a sleazy style just not cut out for motherhood.

Morgan Santo played Matilda on opening night, and won everyone’s heart with her flawless acting, clear voice, and her perfect blend of vulnerability and confidence. Jack Fokkens was another young highlight as Bruce Bogtrotter, the boy made to eat a whole chocolate cake for daring to sneak one slice.

The father (Stephen Jubber) is excellent in an awful way, a double-dealing wide-boy with a garish green checked suit and very funny physical actions. Dahl has him extolling the values of The Telly as a learning mechanism, with his own stupidity and the dead-eyed bulk of his TV addict son presenting a not-so-subtle contract to bright-eyed Matilda. If your kids spend too long glued to their smartphone, wrench it off them and bring them here.

Everybody gets a chance to shine and they all grab their moments superbly. The acting is impeccable, the choreography is clever and fun, and the staging is bold and beautiful.

This isn’t panto slap-shtick, it’s a gorgeously sophisticated show that just happens to be aimed at children. Or not, perhaps.

It begins by showing two different sides of the parenting coin – those who tell their snotty-nosed mediocre kids what a special little miracle they are, and those who didn’t want a brat at all. This is the behind-closed-doors reality in a lot of homes, but it’s presented with such charm and wit that it remains funny despite the dark undertones.

Ryan de Villers is fabulous as the big, butch school principal Miss Trunchbull. This overbearing bully towering above the youngsters feels a little Pink Floyd-esque, and there are nudges of other favourite musicals in there too. One moment reminded of Cabaret, and that’s never a bad thing.

Bethany Dickson is luminous as Matilda’s devoted teacher Miss Honey, with a gorgeously light voice that makes her singing moments sublime. She’s got metal too, which Matilda helps to hone by presenting her with the chance to do some good for somebody.

The eight-piece band in the orchestra pit led by Louis Zurnamer is perfectly attuned to the action, gently setting the mood in between stepping it up for the songs.

It’s a zingy, refreshing and inventive show, and even though you’ll be caught up in the plot, your brain will still find time to acknowledge what a total delight this is. DM

Matilda The Musical runs at Montecasino’s Teatro in Johannesburg until 2 December, then transfers to Cape Town’s Artscape from 9 December to 13 January. Tickets from Computicket.