Climate change and poverty in Africa 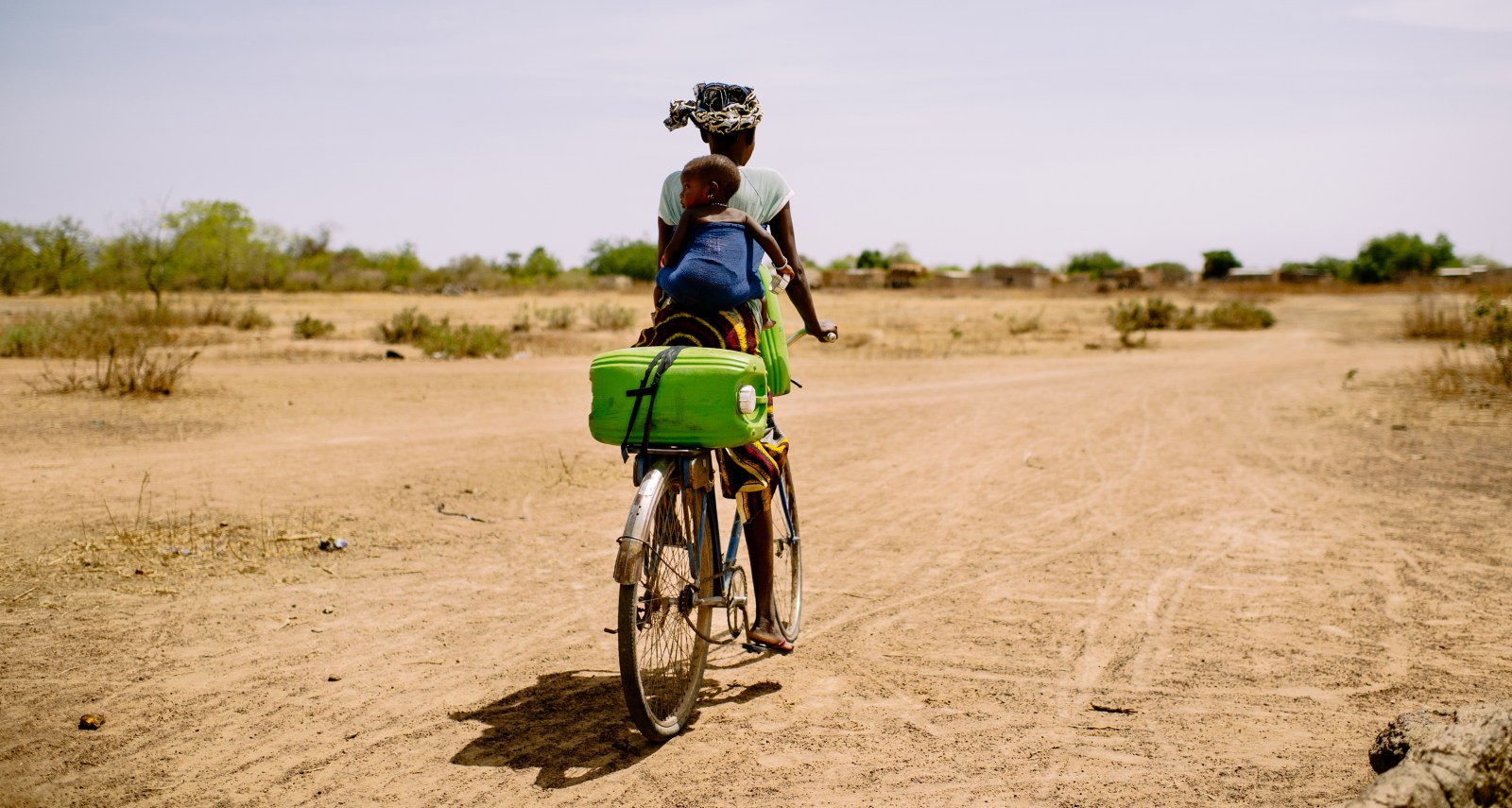 Barry Aliman, 24 years old, rides her bicycle with her baby to collect water for her family, Sorobouly village near Boromo, Burkina Faso. Photo by Ollivier Girard/CIFOR

Human activity has caused the temperature of the Earth and its atmosphere to rise by about 1°C above pre-industrial levels, triggering fundamental changes to the planet’s physical and social landscapes. On 8 October an Intergovernmental Panel on Climate Change warned that temperatures were rising faster than expected, and that 1.5°C above pre-industrial levels could occur as early as 2030.

Africa has contributed little of the greenhouse gas emissions that have thrown the climate off balance. But Africa – and other developing regions dependent on rain-fed agriculture and coastal livelihoods – is disproportionately vulnerable to the impacts.

More than half of the world’s population of extremely poor people, who bear the brunt of the impacts of climate change, are in Africa. Two-thirds of the continent experience extreme heat and highly variable rainfall during much of the year.

In March United Nations Secretary-General António Guterres described climate change as ‘the most systemic threat to humankind’. The concentration of CO2 in the atmosphere is unprecedented in the past three million years and humans continue releasing CO2 into the atmosphere 14 000 times faster than nature has over the past 600 000 years.

At this rate, the climate is heading towards an average temperature increase of at least 4°C by the end of the century. In a 4°C world, “the limits for human adaptation are likely to be exceeded in many parts of the world, while the limits for adaptation for natural systems would largely be exceeded throughout the world”.

Further warming is inevitable for the next few decades. Regardless of reductions in emissions now, the Earth-atmosphere system will continue to warm and climate change impacts will become more severe until at least mid-century. This is due to previous emissions and inertia in the climate system. Whether changes in the climate surpass the limits of humans and ecosystems to adapt in the second half of the century is in the hands of world leaders.

A forthcoming Institute for Security Studies report assesses Africa’s likely development trajectory and what it means for vulnerability to climate change and adaptive capacity. Though development outcomes vary across the continent, Africa’s population is growing quickly and average incomes are not keeping pace.

This growing population has little to no capacity to adapt to hazards such as sea level rises, extreme and unusual heat waves, erratic rainfall, increased water stress and dwindling food supplies. This forecast does not explicitly account for the increase in poverty the Intergovernmental Panel on Climate Change contends will occur due to climate change, nor due to conflict. 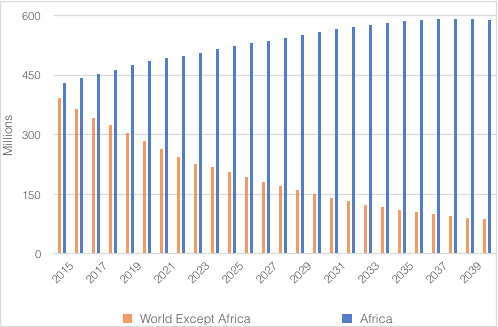 Diverse climates varying from hyper-arid deserts to hot and humid rain forests provide this stretch of sub-Saharan Africa with both abundant natural resources and a wide range of climate risks. Over the next few decades, droughts will intensify and become more frequent and rain patterns more erratic in arid and semi-arid areas. The sea will continue to rise and become more acidic, threatening coastal livelihoods.

Heatwaves and average summer temperatures exceeding 35°C will become the norm. The consequences include major loss of lives from flooding and other rapid-onset disasters. Heightened food insecurity will also be a factor, caused by declining agricultural productivity and rising probability of conflict and mass migration.

Rapid population growth and urbanisation are compounding these risks. Impoverished populations in growing cities live in crowded settlements with little or no access to basic infrastructure and are disproportionately exposed to climate risks. These informal settlements – home to millions of people – will continue to grow, largely without forward planning to deliver the health, education and basic infrastructure necessary for human well-being.

Reducing the vulnerability of these exposed populations is the immediate priority for Africa’s regional, national and local governments. Improving implementation of the 2015 Sendai Framework for Disaster Risk Reduction is vital to this effort. Strengthening disaster preparedness and responsiveness at all levels now is the best way to prevent more needless deaths.

The next step is building the resilience and adaptive capacity of vulnerable communities. To achieve this, Africa needs to balance economic growth with smart management of the natural systems on which all lives depend. DM