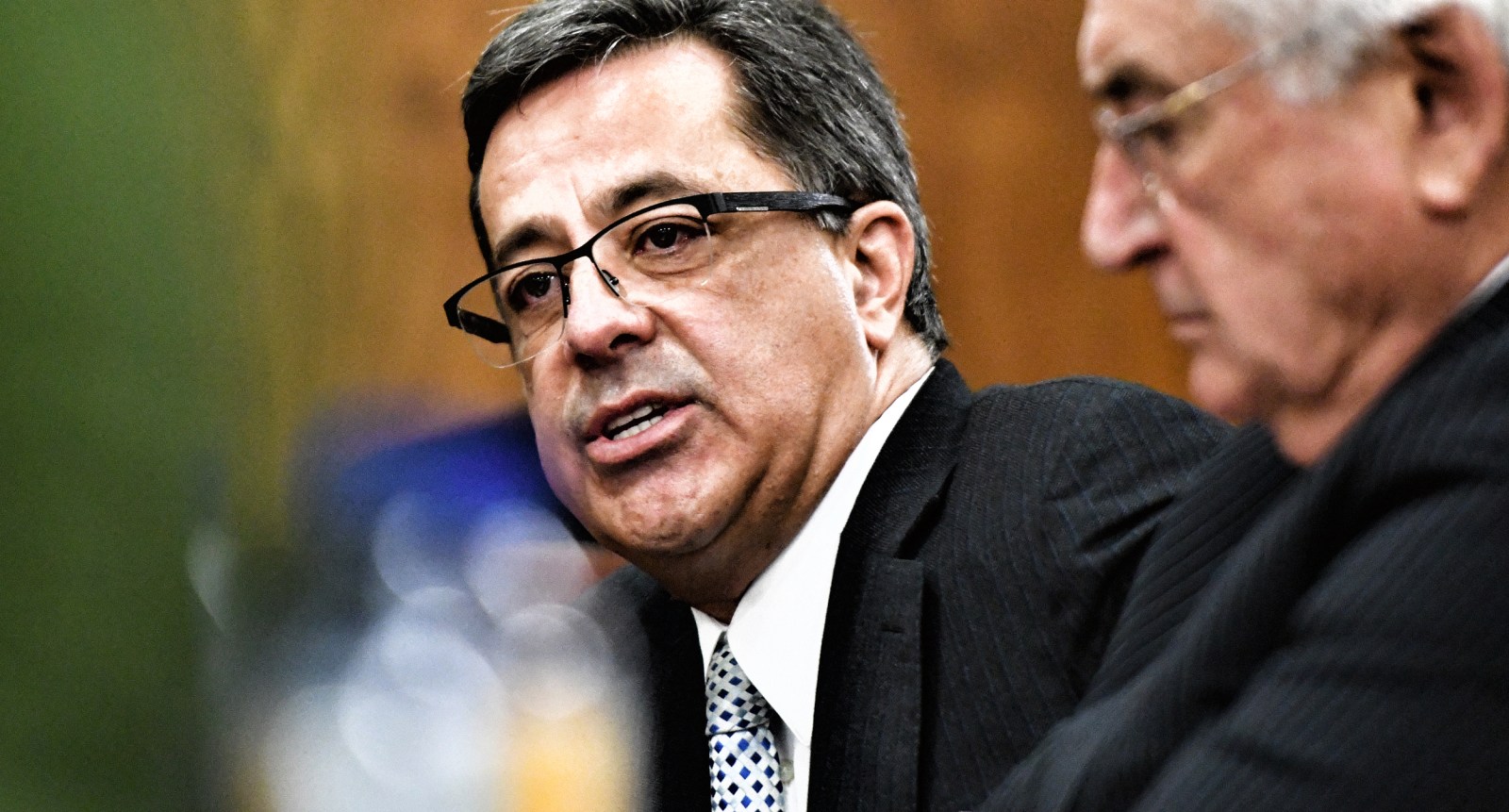 Why are government failures so distinctly imprinted in the public’s memories, while outrage over private sector corruption enjoys a much shorter lifespan?

If you listen carefully to the findings of the first People’s Tribunal on Economic Crime, held at Constitution Hill last month, you will hear a common refrain: The private sector has aided and abetted economic crimes and corruption for at least the past four decades.

Yet the idea that the public sector is at the root of all corruption is a dominant public perception, with some breathing a sigh of relief when there are hints that public services could be privatised, all in the name of corporate efficiency.

Although it must be noted that this is not a uniquely South African mindset, it is equally important to recognise the danger this ideology poses to the development of our young democracy. We must tackle public and private sector corruption with equal vigour.

We see how deeply rooted this belief in private sector honesty and efficiency is when scandals such as Steinhoff or the social grant crisis emerge.

Many South Africans appear to be deeply disturbed, for good reason — corruption hurts vulnerable people the worst. The social grants crisis, for example, would serve as a clear case study of the disastrous results that can arise when government functions are handed to a private entity that does not produce the utopian result expected.

We saw in the aforementioned scandal how a private entity, working closely with corrupt politicians and bureaucrats, is capable of engaging in the very same corrupt activities that so many have come to expect from the public sector.

Why are government failures so distinctly imprinted in the public’s memories, while outrage over private sector corruption enjoys a much shorter lifespan?

Perhaps this began at the Truth and Reconciliation Commission, where representatives from corporate South Africa claimed to have been victims of the apartheid regime, despite evidence pointing to corporations, banks, and individuals having allegedly aided the apartheid government.

As the People’s Tribunal affirmed, it was large international banks which helped the apartheid government’s arms machine break UN sanctions. Similarly, Open Secrets research has underscored the role of large corporations such as Naspers as the mouthpieces of the NP regime.

Today we are left with a public perception of the infallibility of the private sector, and we have become a society that struggles to locate current instances of corruption within the context of decades of impunity for economic crime.

South Africans’ understanding of apartheid crimes tends to immediately focus solely on human rights violations such as unlawful detentions, the militarisation of townships and political killings. True as this may be, there is also a critical need to extend this definition to include a framing of apartheid violence in terms of CEOs of corporations donating to the National Party, or international banks amassing huge profits from their relationship with the apartheid state.

Perhaps this would help us to critically consider why so many of these private sector companies were not held accountable for their roles in past atrocities.

This ability to hide in plain sight, knowing that public rage will be directed at political leaders rather than their private sector accomplices, has a become a stumbling block in our discourse.

The widespread idea that private sector corruption is an individual, case-by-case occurrence, while that of the public sector is systemic, prevents us from interrogating the intimate relationships of power between political leaders and large corporations, who often work together to undermine the democratic institution and the constitutionally based rule of law.

In much the same way as the private sector has been sanitised when it comes to corruption, our decontextualised understanding of public sector corruption seems to have locked South Africans in an infinite loop of a reductive nostalgia for “the good old days”.

Let us consider, for example, former president Thabo Mbeki, for whom so many longed during the tumultuous days of the Zuma presidency. Mbeki’s constant commentary and critique of the ANC under Zuma and his occasional interjections on the party’s policy positions under Cyril Ramaphosa’s leadership belies that he too had a tenure riddled with scandal.

Indeed, it was under President Mbeki that the state failed to provide crucial and much-needed medicines at the height of the HIV/AIDS crisis; it was he who gave the green light to the scandalous 1999 Arms Deal, and Gear – a much-protested economic strategy that was widely viewed as a shift towards neoliberalism in South Africa when the country could not afford austerity.

Worse still, South Africans are often subjected to political commentary and righteous pontification from the last president of the apartheid regime, FW de Klerk. Perhaps in order to escape this infinite cycle, we must begin by identifying the interconnected nature of impunity and the precedent it sets.

The past in the present

Twenty years after the release of the Truth and Reconciliation Commission’s final findings, it’s good work remains incomplete. The lack of legal recourse against those that benefited from the crime against humanity that was apartheid has opened up the doors for more corruption to take place, and for a culture of impunity to arise.

Presenting the final findings of the first People’s Tribunal on Economic crime, former Constitutional Court Justice Zak Yacoob said that, had just action been taken against the private actors that propped up the apartheid economy, the 1999 Arms Deal would have been less likely to occur.

The same goes for contemporary State Capture — had we seen prosecutions for the Arms Deal, perhaps this would have deterred the corrupt relationship between the state, Trillian, McKinsey, the Gupta network and the like.

So what would happen if the findings of the first People’s Tribunal were to be put into action? Imagine, as the tribunal recommends, if the South African criminal justice system pursued those that propped up the system of apartheid, investigated those implicated in the Arms Deal and took meaningful action against those who participated in State Capture.

This would be a crucial contribution towards building a fairer democratic society. By beginning to root out corruption in both the private and public sector, we would send a clear message of no tolerance for economic crimes. We must tackle impunity at its roots — and the People’s Tribunal has given us an agenda for such action. DM

Philile Ntombela is a researcher at Open Secrets, focusing on investigations and advocacy.