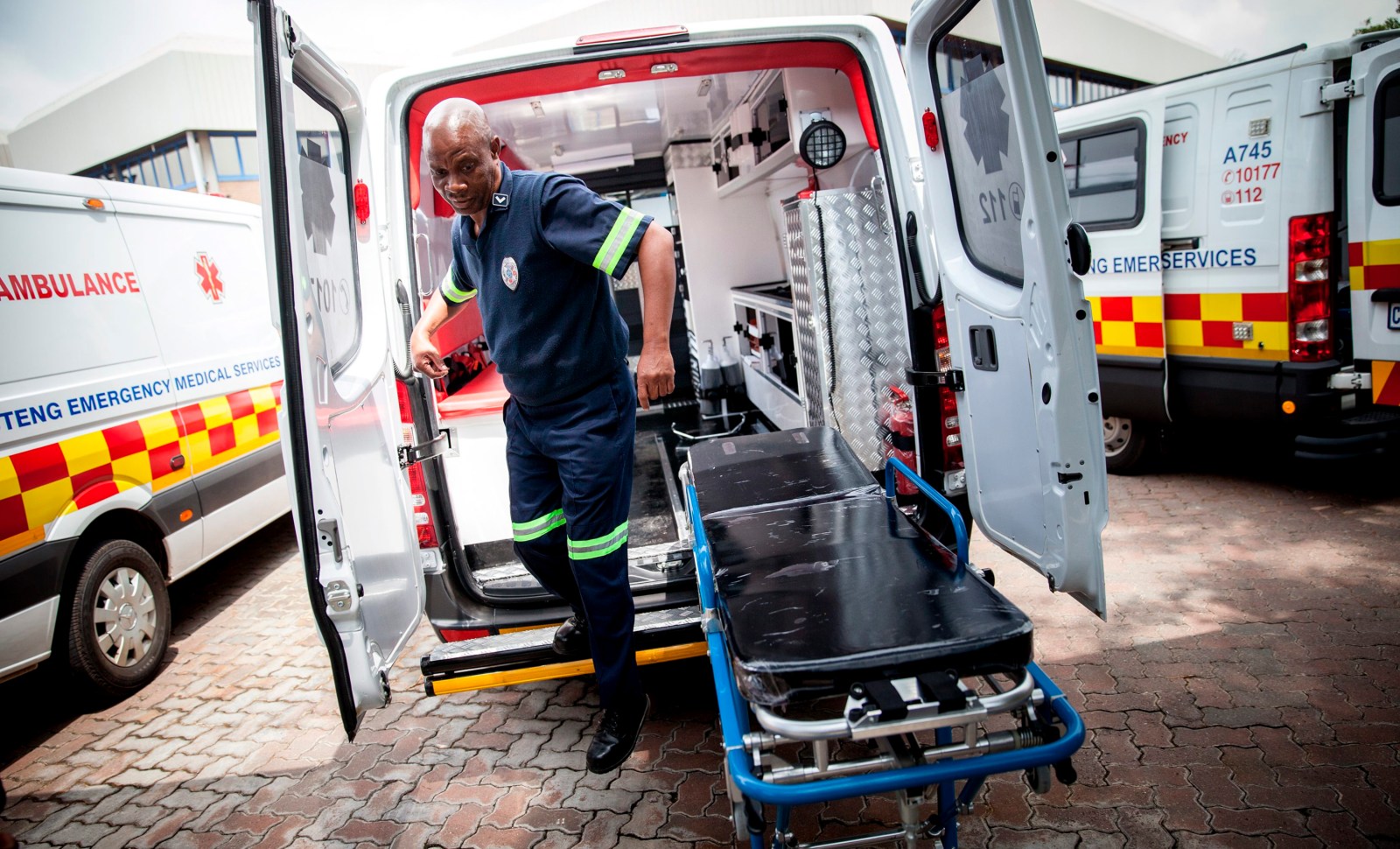 On 5 October 2018 the Free State Department of Health advertised a large new three-year private ambulance tender that requires 30 ambulances and about 250 paramedics. This flies in the face of comments by Health Minister Dr Aaron Motsoaledi that it is not national policy to outsource ambulance services. Earlier this year Motsoaledi said he told then Free State MEC for Health Butana Komphela that “it is wrong for them to privatise ambulance services. They must run them on their own”.

The new tender also comes as a surprise, given the controversy surrounding the previous tender, with widespread complaints of poor service from Buthelezi EMS — a company that is currently the subject of both Hawks and National Treasury investigations.

National Treasury this week told Spotlight the investigation into the Buthelezi EMS contracts “is still continuing as information is still being gathered, and will be concluded in due course”. In addition, according to Mariette Pittaway, DA member of the Free State legislature and spokesperson on Health, the DA in July requested the Public Protector to investigate three controversial contracts the Free State Department of Health entered into with Buthelezi EMS, Mediosa and Halo Aviation.

The tender also flies in the face of undertakings given to Parliament regarding the insourcing of ambulance services in the province. A recent parliamentary report notes the commitment to insource and lists a long series of complaints regarding the current ambulance service in the province, mostly relating to long waiting times and to calls not being answered at the call centre.

“The Department is not outsourcing but augmenting its capacity because we have been replacing the ambulance fleet and not increasing it,” said Mondli Mvambi, spokesperson for the Free State Department of Health. “What we require is an increased EMS fleet in order to meet the service requirements of one ambulance per 10,000 people in a population excluding inter-facility transfers.”

Mvambi also said that the new tender was not large in comparison to previous contracts. “The initial contract had 47 ambulances. The cancelled contract required 40 ambulances in line with the commitment to downscale. The current advertised contract requires 30 ambulances,” he said. “We are not going against the advice of the minister but responding to EMS service requirements,” Mvambi said.

“Due to the inadequate EMS capacity, especially in rural communities where ambulances often double up as patient transport services, the department should rather maintain and enlarge its own ambulance fleet,” said Pittaway.

The only other province that has outsourced its road ambulance service is the North West. It is understood that unlike the Free State the North West will not be advertising a new private ambulance tender when the current contract runs out in March next year.

R123-million since end of contract

The new contract follows on a previous three-year contract awarded to Buthelezi EMS at the end of 2013.

“The contract with Buthelezi EMS expired in August 2017,” says Pittaway.

“On a question in a portfolio meeting I directed to the Health HOD, Dr (David) Motau, he informed me it was renewed on a month-to-month basis. This is problematic since the department knew exactly when the contract would expire and could have advertised the new invitation to tender long before the termination date.”

According to the Free State Department of Health Buthelezi EMS has been paid more than R123-million since the contract expired.

While having advertised the new tender, the province has also purchased 110 ambulances, 60 of which have now been delivered.

On 16 October 2018 Spotlight attended a compulsory briefing for the new Free State ambulance tender. One of Thapelo Buthelezi’s many companies, B EMS (the current incarnation of Buthelezi EMS) was represented by Edwin Lecheko. Lecheko filled in the attendance register with his own name, Thapelo Buthelezi’s email address, and a phone number that TrueCaller identifies as belonging to Thapelo Buthelezi. It is also the same number which Buthelezi used to respond to questions from Spotlight earlier this year.

Lecheko is currently an employee of the Maluti A Phofung municipality. Until at least November 2017 he worked closely with the former Maluti A Phofung mayor Vusi Tshabalala, a known ally of former Free State Premier Ace Magashule. Spotlight previously reported on how Magashule cleared the way for a controversial rates increase granted to Buthelezi EMS. Neither Lecheko nor Buthelezi responded to questions sent by Spotlight.

The specifications for the new tender are contradictory on whether state employees are allowed to bid. First it says:

When asked about this contradiction, Mvambi did not address the question, but merely referred us to the latter of the two quotations above. The DA’s Pittaway said:

“We believe that civil servants should not be allowed to tender for lucrative government contracts and a cooling-off period should be adhered to after they have exited the civil service.”

One aspect of the new tender that has at least one rival ambulance company concerned is that it requires a fleet of 30 ambulances and about 250 registered paramedics ready to be deployed. It seems likely that the current service provider, Buthelezi EMS (or B EMS), will have this capacity in place given that they are presently contracted to provide the service. For other companies to invest in this capacity would be risky given that they may well not be awarded the tender.

“The insinuation that the Department is tailor-making specifications to favour Buthelezi EMS and its associates is unfair and baseless because if this was the case, they would have been advantaged in the previous round of the cancelled tender,” said Mvambi, when asked about this aspect of the tender. “We cancelled the tender and readvertised it in order to allow broader competition and responsiveness from potential suppliers.”

In recent parliamentary meeting minutes produced by the Parliamentary Monitoring Group, it was reported that a private company (presumably Buthelezi EMS from the context) had an office inside a casualty ward in a public hospital in the Free State. The minutes read as follows:

“At Albert Nzula District Hospital the Committee had to note that it had found an ambulance service provider provided with office space inside the casualty ward whereas; there was an ambulance facility 50 meters away from the casualty. It had also been clear and suggestion had abounded that Buthelezi EMS had a choice in taking the most lucrative trips because of its proximity in the hospital. How and why could a private contractor have an office inside a public hospital casualty ward? The Committee was never answered satisfactorily in that regard.”

When asked why the tender required bidders to second staff to the call centre, Mvambi said:

“This is so in order to ensure better control of the resources and improve co-ordination as the EMS Centres are interlinked. As the Department of Health is the custodian of Patient Records pertaining this contract.”

The National Department of Health had not provided comment by the time of publication. DM

Note: While Spotlight is published by SECTION27 and the Treatment Action Campaign, its editors have full editorial independence — independence that the editors guard jealously. Spotlight is a member of the South African Press Council.