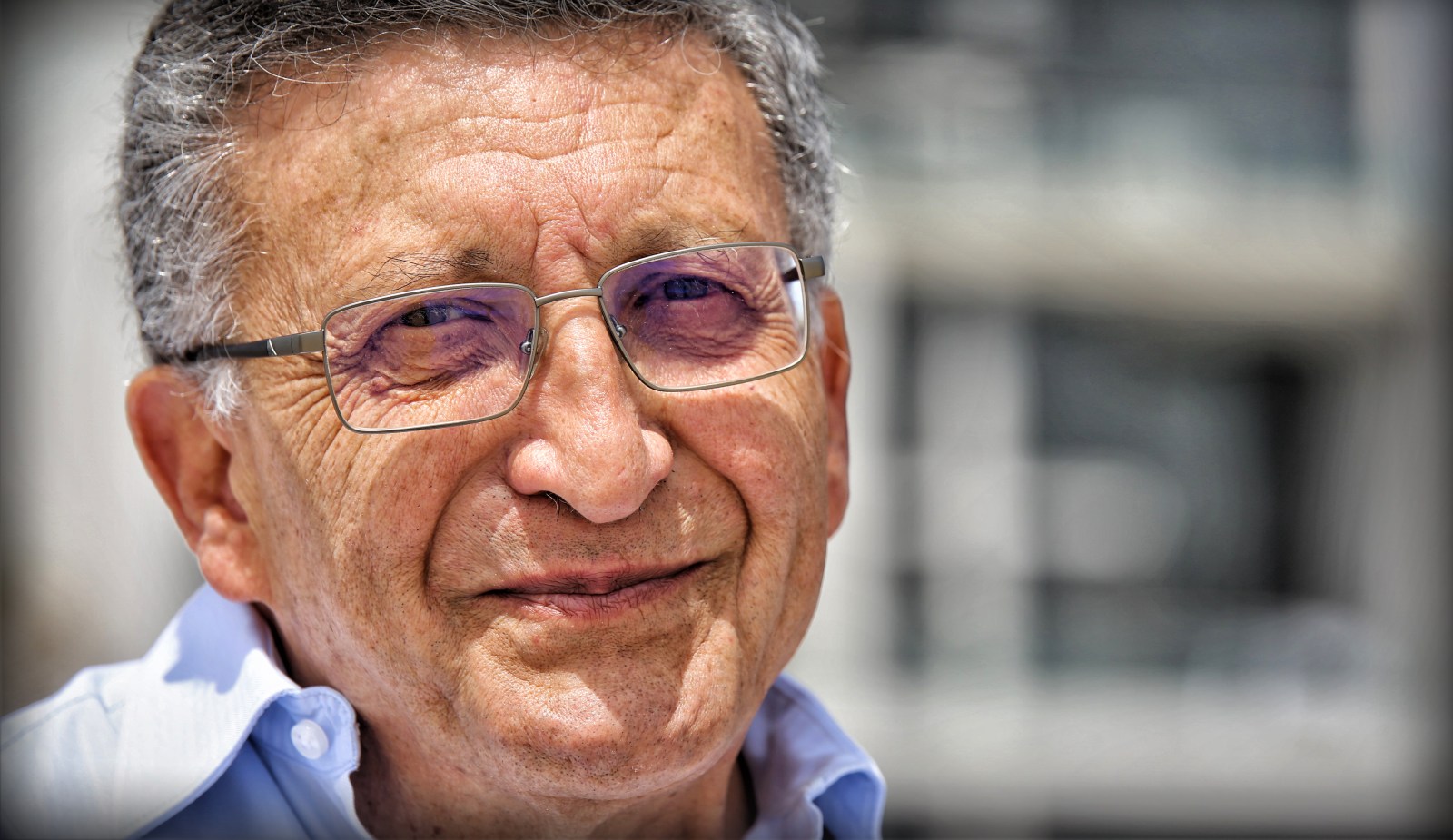 The National Research Foundation’s lifetime achievement award is bestowed annually on individuals who have made an extraordinary impact on the development of science in South Africa. This year its winner was Dr Bernie Fanaroff – a man best known for spearheading the SKA Telescope project, but whose contribution to South Africa extends far beyond this.

Tourism Minister Derek Hanekom once described Bernie Fanaroff as an “underrated figure” who “does not like to be up front”.

That description is, if anything, euphemistic.

Fanaroff, 71, has consented to only a handful of media interviews over the course of his career, preferring to get on with his work behind the scenes. He has managed to keep his profile low while simultaneously being garlanded with prestigious awards – among them, one of South Africa’s highest national honours, the Order of Mapungubwe.

The latest addition to Fanaroff’s overflowing prize cabinet is the 2018 lifetime achievement award from the National Research Foundation, given annually to “individuals considered to have made extraordinary contributions, of international standard and impact, to the development of science in and for South Africa over an extended period of time”.

Fanaroff’s characteristically understated response to the award: “It was nice. Everyone was very nice to me.”

Spend any length of time with Fanaroff and you quickly learn that he is almost pathologically modest. Try to get him to discuss any of his many awards, and he immediately deflects credit to collaborators and colleagues.

“All these awards are awards to me in my personal capacity, but really they reflect the achievements of the teams I’ve worked with,” he says. “I appreciate the recognition, but it makes me a bit uncomfortable.”

Fanaroff insists that his skill set is relatively limited.

“What I’ve learnt over the years is how to put together teams, motivate them, and make sure they deliver.”

He says that his leadership of the SKA Telescope project is a prime example.

“I couldn’t design a piece of electronic equipment! I know a bit about astronomy. But the SKA team has produced the best telescope in the world, much faster than our overseas colleagues said it could be done, and it works much better than anyone thought possible. What I’ve really enjoyed is working with these teams of people.”

Fanaroff’s humility is so authentic – he paraphrases Churchill’s famous put-down in describing himself as a “modest man who has a great deal to be modest about” – that you almost start to share his reservations about his abilities.

Until you remember that, among other achievements, Fanaroff is responsible for a breakthrough in radio astronomy still hailed internationally as one of the most important developments in the field.

The Fanaroff-Riley classification is a way of differentiating radio galaxies by luminosity which Fanaroff identified alongside colleague Julia Riley while completing his PhD at the University of Cambridge in 1974.

Typically, Fanaroff insists that much of his discovery is attributable to chance and luck – “we were in the right place at the right time” – and says that radio astronomy was a field far more conducive to breakthroughs at the time.

“The telescopes being built now are producing huge quantities of data and people spend a lot of time just reducing the data,” he says. “We had more time just to look at things.”

Coming of age in Johannesburg in the late 1960s, Fanaroff was torn between his twin passions of science and social justice.

“I decided early on I was going to do something to oppose the political system, but I also wanted to do physics,” he recalls.

At the University of the Witwatersrand, the head of the physics department at the time told Fanaroff he was “not clever enough to be a cosmologist” – which is why he opted for radio astronomy instead.

“That was very good advice,” Fanaroff claims now. “I wouldn’t have been a good cosmologist.”

Though Fanaroff returned to the world of science in 2002 when he accepted the task of managing the SKA Telescope project, throughout the 1980s and ‘90s he put aside astronomy to join the Struggle as a unionist and to work as a civil servant after the transition to democracy.

This alone makes Fanaroff’s CV rather extraordinary. When the NRF’s lifetime achievement award was announced in late September, Parliament issued a statement highlighting the rarity of a South African who has contributed equally to “science, social activism, and the public service”.

In Nelson Mandela’s government, Fanaroff was appointed deputy director general in the presidency. It was a time he now describes as both exhilarating and stressful.

“We had to make it up as we went along, because we knew very little about government and had a very ambiguous view of government,” he says.

Among this first generation of staffers of the democratic South African government, Fanaroff says there was a prevailing view of the outgoing apartheid administration as “absolute idiots, obviously, but also extremely competent in certain ways”.

Yet it didn’t take long for experience to disabuse them of the myth of the competence of apartheid officials.

“We quickly realised that the apartheid government’s capacity to deliver was in [spheres like] Eskom, the railroads, Armscor. When we tried to get government departments to establish Reconstruction and Development Programme [RDP] projects, we realised that they had no project management experience or expertise.”

Fanaroff tells the story of an apartheid-era Department of Justice director general who was widely viewed as extremely efficient. It was only after the transition to democracy that it emerged that the DG in question had been corruptly paying himself and other managers “huge amounts of overtime” while court accounts had not been reconciled since 1986.

“They gave the impression of being expert at administration,” Fanaroff says wryly.

He blames today’s cynicism towards the first democratic government – particularly from young South Africans – partly on an incomplete understanding of the context of the time.

“A lot of young people seem to believe we marched into Pretoria at the head of tanks and defeated apartheid and could demand terms,” he said. “But really, the only way through was negotiation.”

Yet Fanaroff is quick to admit that “a lot of mistakes” were made in the early 1990s.

Among them: the over-ambitious attempt to overhaul the education system, leading to lasting damage; and a focus on fiscal discipline at the expense of acknowledging the “gross inequalities” in the country.

“In retrospect, we paid far too little attention to inequality,” he concedes now.

Fanaroff would go on to play senior roles in a number of government departments, ending his stint in the civil service in 2000 within the safety and security portfolio.

Since 2002, his focus has been on the SKA Telescope project, though he formally stepped down as director in 2015.

Fanaroff describes his involvement with the world’s largest astronomy project as the most satisfying part of his career – due to the fact that its outcomes are so easy to measure.

Today he lives in Mouille Point, Cape Town, with his wife Wendy and dog Jessica – the latter a recent arrival to Fanaroff’s household with whom he is clearly besotted, in an understated way.

But in reality, it’s clear that Fanaroff is nowhere near done. DM