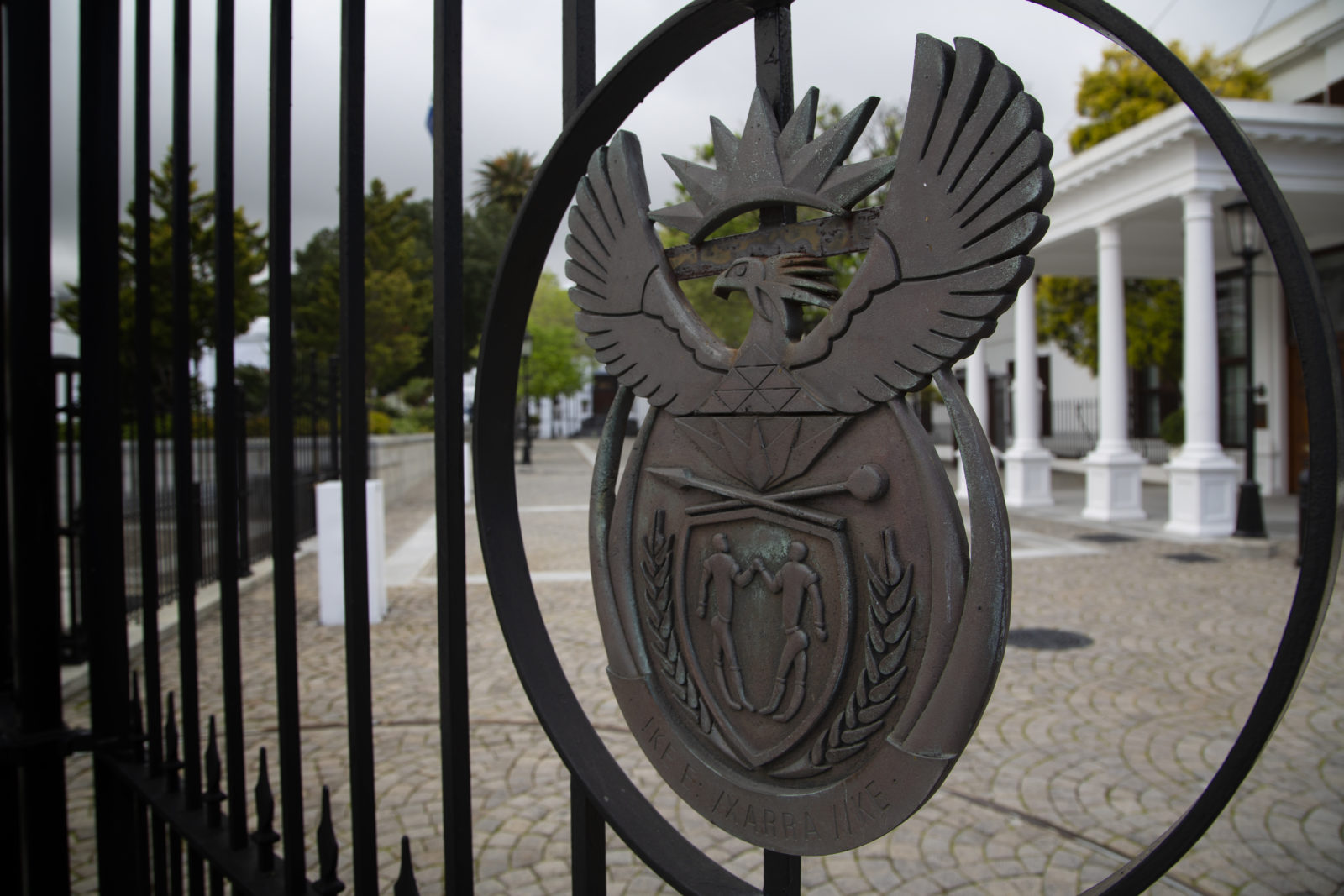 The major point of interest will come from the high-profile Question Time session with the President in the National Assembly chamber.

This article first appeared on the PMG website here:

The President will have his regular engagement with lawmakers on Thursday. In terms of the rules, these oral question sessions happen once per term, are three hours long and are limited to six main and supplementary questions.

This is his final interaction with National Assembly lawmakers for this year.

President Ramaphosa will be probed on a variety of issues this week, including the recently unveiled stimulus and recovery plan, the spate of community protests, SA’s role as a non-permanent member of the United Nations Security Council and the loan agreement signed with China.

It’s another big week in the Committee corridor where lawmakers will be dealing with leftover Annual Reports and finalising Budgetary Review and Recommendations Reports (BRRRs) which must be completed before the Medium Term Budget Policy Statement is delivered on 24 October.

Section 5 of the Money Bills Amendment Procedure and Related Matters Act (No. 9 of 2009) compels the National Assembly to, through its committees, submit annual BRR Reports on the financial performance of departments and entities accountable to Parliament. The BRR Report must be informed by a committee’s interrogation of, amongst others, national departments’ Estimates of National Expenditure, strategic priorities, measurable objectives and forward-funding needs, National Treasury-published expenditure reports, the relevant Annual Reports and financial statements, the Auditor-General of South Africa’s (AGSA) audit findings as well as observations made during all other oversight activities. The Report further makes budget review and recommendations for consideration by the Minister responsible for the Vote as well as the Minister of Finance.

This gruelling schedule has again brought into sharp focus the tight deadlines and raises questions about how effective parliamentary oversight is. On several occasions, the proceedings were hurried, questions were not probing and MPs were presented with the documents for the first time at the meeting. While it has become practice for Ministers and Deputy Ministers to be present at these meetings, some failed to pitch up – much to the consternation of legislators.

Besides budget-related matters, everything from statutory appointments, detailed-lawmaking and big-picture policy will be under the microscope.

Elsewhere, the National Council of Provinces delegates will spend the week in various provinces visiting projects and checking on service delivery – as part of Oversight Week – interacting with government officials, the business sector and the public. Each Committee or cluster of Committees (if there are cross-cutting issues) chooses their own oversight priorities and which province(s) to visit.

The Ad Hoc Committee to Inquire into the Intervention in the North West Provincial Government, in terms of Section 100 of the Constitution, will embark on a week-long oversight visit to the province. Due to several governance challenges observed in the North West province, Cabinet resolved, on 9 May 2018, to invoke section 100(1) of the Constitution in the North West Provincial Government. This is the Committee’s second visit to the province after the previous trip had to be aborted due various logistical and other challenges.

Once again, the committee corridor is the main site for most of the work – there are approximately 50 meetings scheduled. Here is a rundown of the highlights:

The Integrated Resource Plan (IRP) will be in the spotlight when the Portfolio Committee on Energy holds two days of public hearings on the topic. Experts, stakeholders and other interested persons are expected to give their views on the long-term planning of power (electricity) generation from various energy resources in South Africa. (Tuesday and Wednesday)

Read this useful summary about what the IRP 2018 is all about here.

The Portfolio Committee on Agriculture, Forestry and Fisheries has arranged a wide-ranging meeting to discuss topical issues affecting the agricultural sector: this includes implementation of the Food and Nutrition Security Implementation Plan; challenges facing the poultry industry and decline in agricultural productivity. (Tuesday)

SCOPA has previously expressed concern about huge sums of money being spent on maintaining ministerial residences and that some of them were not even occupied. The Committee will tackle this matter head-on when it meets with the Prestige Portfolio. (Wednesday)

It’s taken about 16 months, hours of testimony and volumes of documents but finally, the Portfolio Committee on Public Enterprises is set to consider the first draft of the Eskom Inquiry report. The committee will be presented with the initial report – thereafter it will be sent to implicated persons to respond to the allegations against them before a final report is drafted and adopted. (Wednesday)

A frontline view of vaccination efforts in the rural Eastern Cape