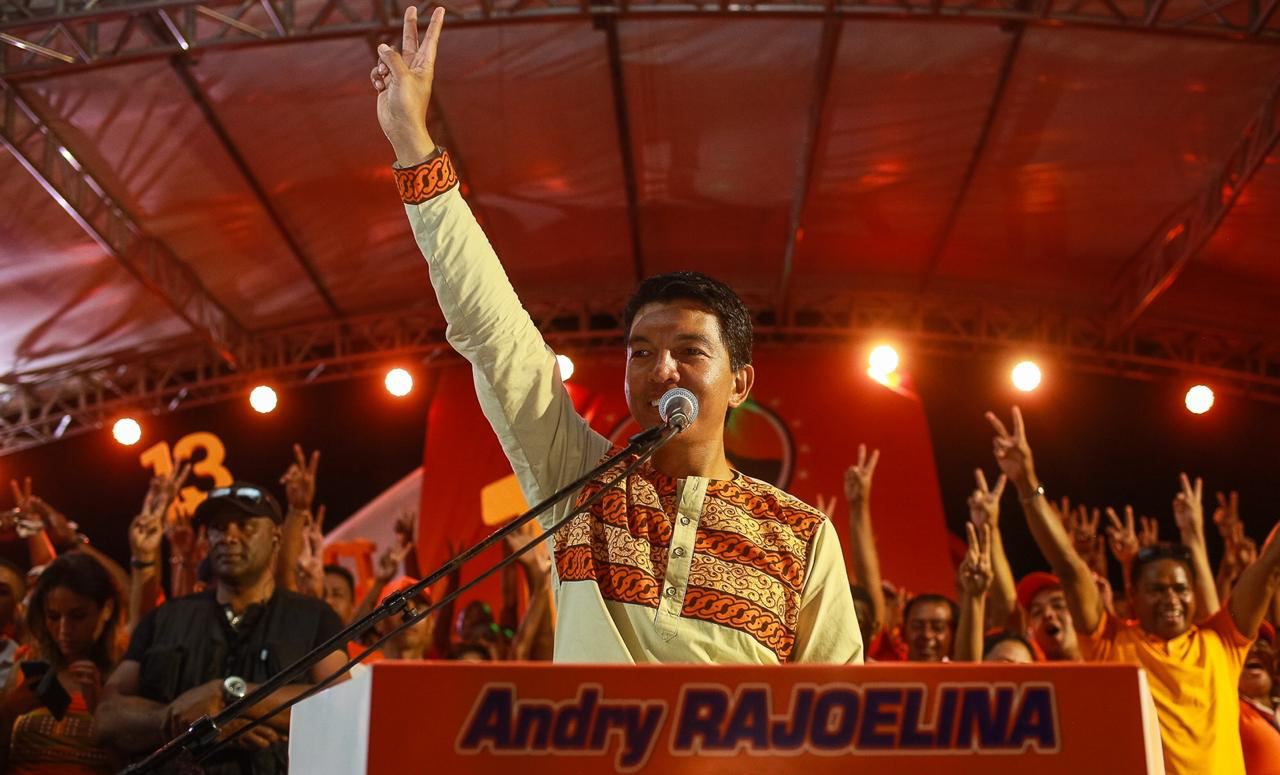 After playing an important role in resolving the political conflict that threatened to scupper Madagascar’s presidential elections, South Africa stands ready to help again. There are, however, limits to the extent of this assistance to this country with a small economy and very, very expensive elections.

South Africa is unlikely to repeat its $17-million financial assistance to Madagascar for its upcoming 7 November elections, but it has agreed to give help in kind.

International Relations Minister Lindiwe Sisulu told journalists during her monthly briefing last week that South Africa will be “overseeing and supporting the elections in Madagascar”.

“We will be assisting them and we will also be sending observers there [via the African Union and the Southern African Development Community]. We hope it will be a peaceful solution to a long-standing problem in Madagascar. The people of Madagascar deserve peace, and we would like to ensure that they do get peace after the election.”

An official expanded afterwards, explaining that South Africa was helping with the printing of the ballot papers, which will be done by a South African company, and transporting them to Madagascar, which would involve chartering a plane and providing security to accompany the papers.

It has, however, declined a request from Madagascar for an additional $12-million to help fund the elections, and the official also said South Africa was unable to help the country distribute the ballot papers internally, as was requested, as this was considered the responsibility of the country’s electoral commission. He said there was talk of Russian help in the distribution, but this could not be confirmed. France, Norway and Japan had helped in the past and could do so again.

“South Africa can only give help in kind at the moment,” the official said.

Madagascar’s ballot papers alone would be an expensive undertaking to print. In 2013 there were close to eight million registered voters and 33 candidates for the presidential elections, which meant the ballot paper had to be A3-sized.

This year, there are 36 candidates, which means a lot of ink and paper. If no candidate receives a 50% majority, a likely scenario, there will be a run-off on 19 December.

Among the candidates are four recent presidents: Didier Ratsiraka, who ruled from 1975 to 1993, and 1997 to 2002; Hery Rajaonarimampianina, who came to power in 2014 and stepped down in September in line with the country’s constitution; Andry Rajoelina, who led the 2009 coup and who held office until 2014; and Marc Ravalomanana, elected leader from 2002 to 2009. Rajoelina and Ravalomanana, who was in exile in South Africa at the time, agreed not to run for the 2014 elections in order to preserve the peace in the “neither, nor” solution pressed for by SADC at the time.

Presidential campaigns in Madagascar are among the most expensive in the world, with a 2016 study claiming that Rajaonarimampianina spent $21.50 for each vote won, almost twice Donald Trump’s $12.61 and 10 times more than leaders in Europe.

Judging from theatrics, it’s much the same in 2018. Rajoelina, also known as candidate number 13, for his position on the ballot paper, held four meetings on 13 October – the first weekend of meetings since campaigning opened last Monday.

The 44-year-old former DJ’s campaign team claimed one of the meetings alone, on a beach at Mahajanga in the north-west, was attended by 60,000 people. There he outlined his plan for a new city in this tourist destination, on 3D screens, promising to transform Mahajanga by means of investments and political will.

“France has the Côte d’Azur, Spain has Ibiza. In Madagascar we will have Mahajanga!” he grandly claimed.

The meeting closed with the bang of a massive firework display.

Rajaonarimampianina, 59, nicknamed the “accountant” for his previous profession, has however previously claimed that the crowds he attracted show that he, in fact, would be elected president.

Less than six months ago the Malagasy elections were not a certainty, after protests erupted following the adoption of an electoral law that would have excluded both Rajoelina and Ravalomanana. The police opened fire on the protesters, killing two, and injuring several others, and the situation escalated. The AU, the European Union and SADC all dispatched mediators.

By July, thanks to the efforts of the mediators and SADC under the leadership then of President Cyril Ramaphosa (Namibia has since taken the reins), the situation had stabilised.

Liesl Louw-Vaudran from the Institute for Security Studies reported that Ramaphosa worked behind the scenes to help resolve the situation. Sisulu herself went to Antananarivo on June 1 to visit Rajaonarimampianina to persuade him to bury the hatchet with Ravalomanana and Rajoelina and accept inclusive elections.

After weeks of calls for Rajaonarimampianina to step down, the country’s Constitutional Court on 25 May ruled that the government be disbanded and a consensus prime minister be appointed, which defused some of the opposition’s major grievances, Louw-Vaudran reported.

The mediation was a feat, because the externally-mediated “neither, nor” deal by SADC’s Joaquim Chissano in 2013 was very unpopular and the Malagasies said they’d rather solve their problems themselves.

South Africa has invested significantly in Madagascar’s elections. A success would mean that this had paid off, but it would also reflect positively on the diplomacy of Ramaphosa’s relatively new administration. DM