The politics of having the newest new Finance Minister, Tito Mboweni 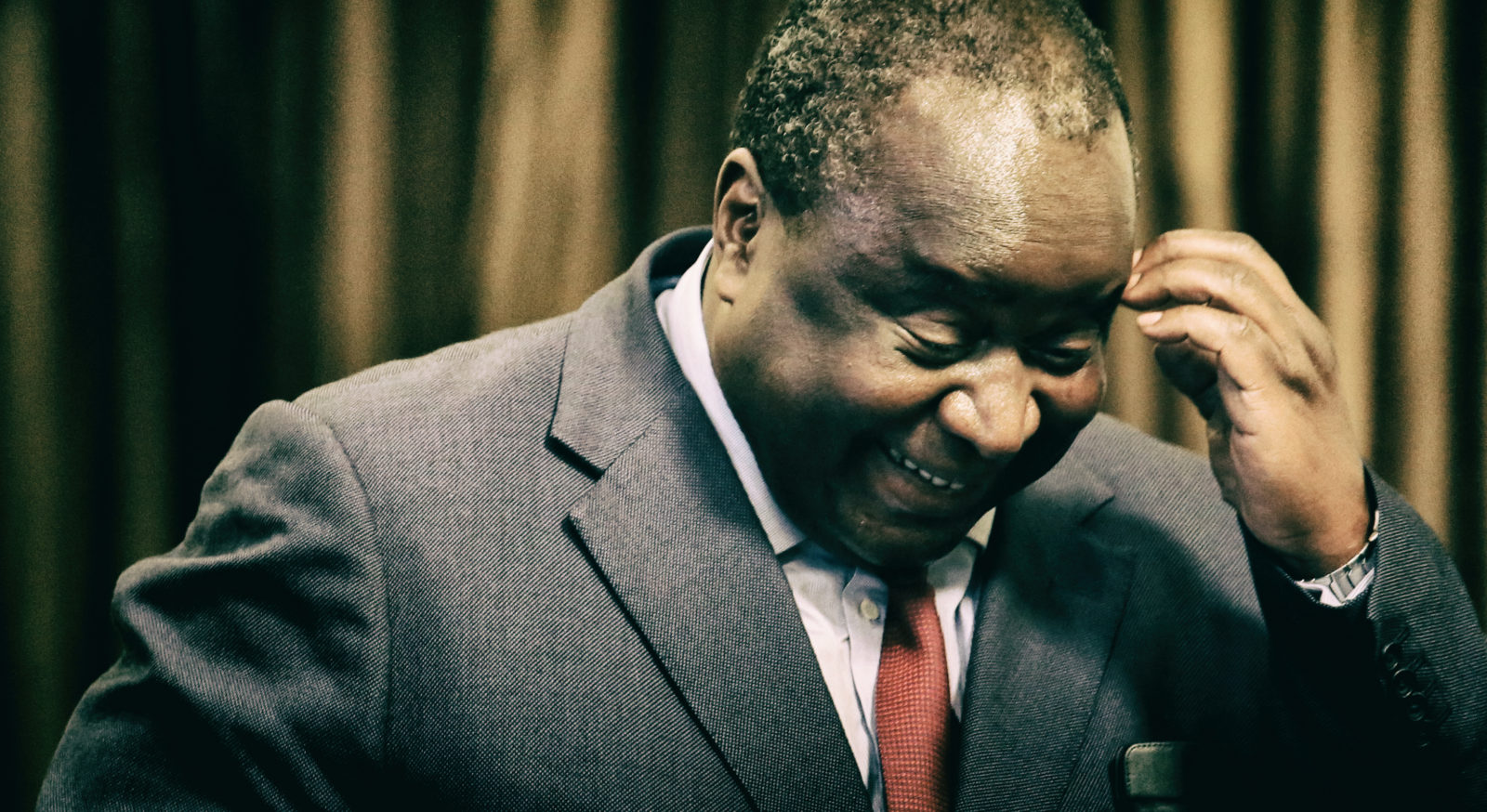 On Tuesday afternoon President Cyril Ramaphosa confirmed that he had accepted the resignation of Nhlanhla Nene as Finance Minister, and was appointing Tito Mboweni in his place. The President’s actions were revealing about his fears and his motives. They may also suggest that there are longer-term problems within the ANC that are currently coalescing around this particular position. Still, in the short to medium term, it appears Ramaphosa has managed to steady the ship, providing the markets with the experience and belief in economic orthodoxy they crave at this particular moment.

Before examining the decisions and motivations behind President Cyril Ramaphosa’s move in appointing Tito Mboweni, it may be important to consider what this day in our history will be remembered for. It may not be remembered for the problems of the Zondo Commission and Nene’s lies, or for the appointment of Mboweni. Rather, in the longer term, it may be remembered as the first time in our democratic history that a person resigned from the Cabinet for ethical reasons.

Nhlanhla Nene is the first person since 1994 to do this. (Ethics were not a standout or defining feature of any Cabinet before 1994.) For that act alone, Nene will, and should, be remembered. There is something of a tragedy around Nene, of a man who stood up to so much that was wrong and financially incorrect, and yet was brought down for not being truthful about a series of meetings which appeared not to have affected his conduct thereafter.

Ramaphosa’s action, in accepting the resignation, may well have been the result of a perceived political inability to simply stick it out. He would have known that the Economic Freedom Fighters were always going to cause havoc until this situation was dealt with. But he also knows full well that it is important to wrest the perceived political initiative, and ensure that he is the one setting the pace, and not a party that no opinion poll has ever placed over 15%. In the end, the most pressing consideration was probably that the Medium Term Budget Policy Statement is due to be delivered in the next two weeks, and to go on like this would have become intolerable.

However, perhaps the most fascinating aspect is the choice of Governor Emeritus, Professor Tito Mboweni. There are some obvious, but also important, points to make. Mboweni is what the ANC would call a “tried and trusted leader”. He was the Minister of Labour who wrote the current Labour Relations Act, and then Governor of the Reserve Bank for two terms. At the time, he became a pillar of economic orthodoxy, someone who would always remind people of the importance of inflation targeting. In terms of the economic signal being sent out here, investors couldn’t hope for better. As Saftu general secretary Zwelinzima Vavi said on SAfm on Wednesday afternoon, the business classes “will be celebrating”.

Along the way, the produce of his avocado farm became public knowledge, and he developed something against photographers. But he is also, in person, warm, charming, entertaining, and quite funny.

There is much more to the politics of this specific appointment. Before this announcement, there were many predictions about who it could be. Suggestions ranged from the current Reserve Bank Governor Lesetja Kganyago to Gauteng Finance MEC Barbara Creecy, but none went the Mboweni way.

This may be because Ramaphosa may have thought that none of these suggestions, and that of Creecy in particular, were agenda-free. If it had been her, it might have been seen as a chance for the faction around ANC Treasurer (and former Gauteng ANC leader) Paul Mashatile to strengthen its influence. Ramaphosa has now avoided the issue. In other words, he has chosen someone who does not appear to be a part of any ANC faction or other grouping. This could be a wise decision, as this choice is unlikely to weaken or strengthen any particular grouping. But Mboweni is not someone who has tended to support “radical economic transformation” in the past.

Then there is what Ramaphosa did not do on Tuesday afternoon: he did not use the opportunity to make any more changes to his Cabinet. This is made much starker because of the vacancy created by the passing of Environmental Affairs Minister Edna Molewa. As a result, Nene has now gone because he lied, while Malusi Gigaba is still the Minister of Home Affairs, despite a judicial finding that he lied under oath. There are, of course, other people in Cabinet who also have planet-sized questions marks against them, including Bathabile Dlamini. The charge of hypocrisy is inevitable here.

This must surely be because Ramaphosa does not believe the time is yet right to act. While he may think that some of these ministers will simply create their own problems and thus need a little more rope with which to hang themselves (on his version), it is also an indication of the problems inside the ANC right now. All of this has happened after what was supposed to be a “unity lekgotla” of the ANC’s Top Six. Certainly, that has not appeared to result in Ramaphosa having greater freedom of action.

However, all of this is also an indication of what might be a much bigger problem down the road for the ANC. Mboweni himself said just earlier in 2018 that he was not available for the position of Finance Minister, and that leaders should not be “recycled”. That was in February, ahead of the reshuffle that saw Ramaphosa appointing Nene in the first place.

Mboweni has probably accepted the job now because the situation on the ground has changed and his help has now become absolutely necessary. Ramaphosa, frankly, may need him, and he may feel he must step up. Also, in February he would have surely known that there could be no greater signal to send about the end of the Zuma era than for Ramaphosa to appoint Nene, and so would have wanted to get ahead of the fact that it would not be him.

None of that applies any more; Mboweni has a job to do.

That the ANC has not, over the years, groomed people who could be Finance Minister is an indictment on their ability to renew their ranks. This is possibly more a failure of politics – and the fact that the Finance Ministry is always going to be in the thick of things – than for any other reason. But it is still a major problem for the party and it won’t go away easily.

One person who may be watching this with great interest is the Deputy Minister of Finance, Mondli Gungubele. The former mayor of Ekurhuleni may well be asking himself if he would have accepted if it had been offered, and what he would do in the post. He may also be wondering why he wasn’t asked, perhaps with an accompanying sense of relief at the same time.

There’s another big point to make at the moment, however. Just two weeks ago there was much speculation about whether Ace Magashule would survive the year as the secretary-general of the ANC. Now, Nene has fallen, and been replaced, and Magashule is still in Luthuli House.

The political roller coaster that we are on has been gathering steam for several years. Arguably, the starting point was the ANC’s Mangaung Conference, or even Polokwane, or even some time before that. But there are elections coming. The Zondo Commission of Inquiry into State Capture has much more testimony to hear.

A much bigger question to ask at this moment may be just how much longer our current political structure can last at this pace. DM