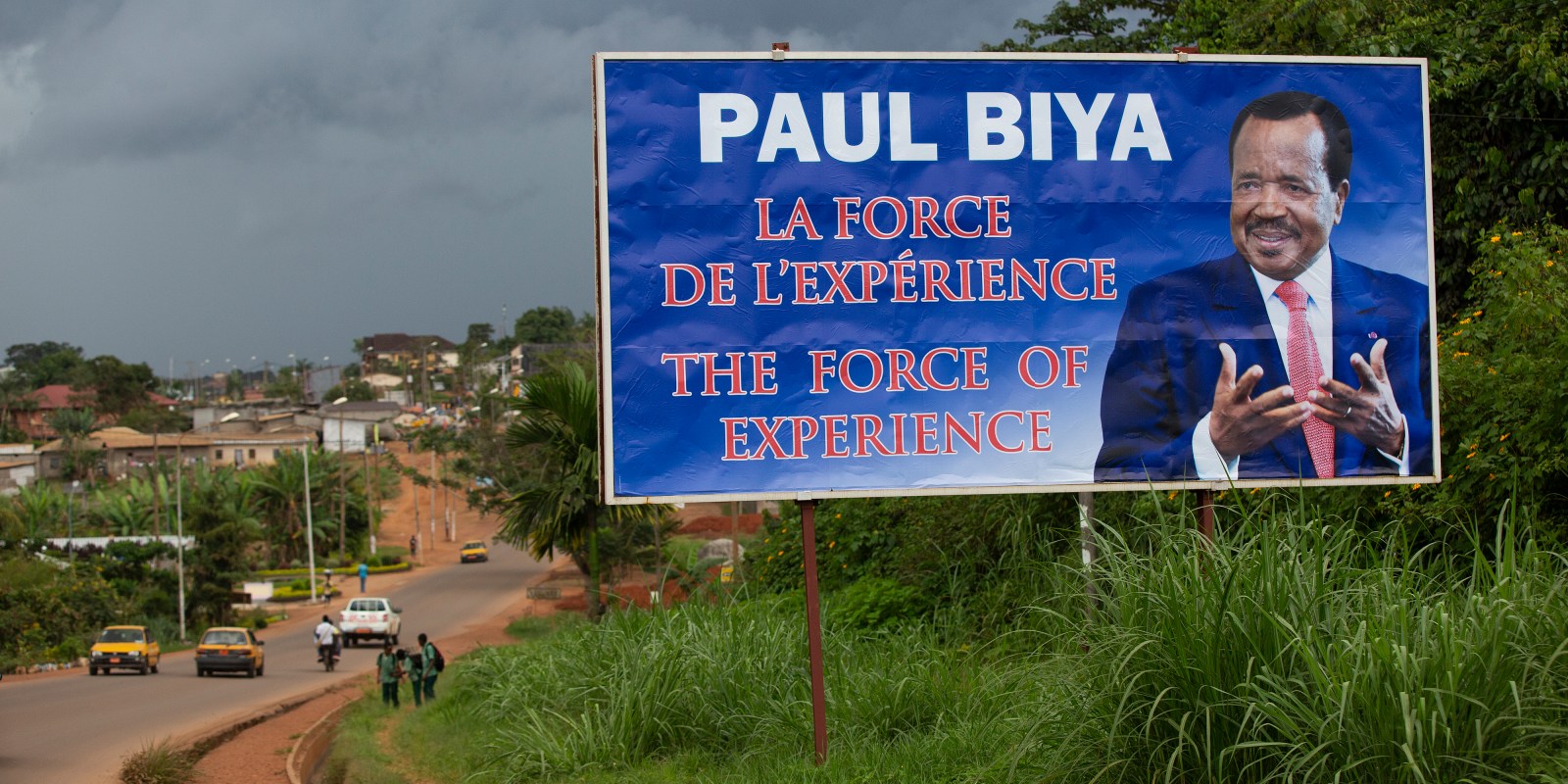 Elections on 7 October could extend the status quo in a country that desperately needs stability. By Mohamed M Diatta for ISS TODAY

Cameroonians will be voting for a new president this Sunday 7 October. The election comes at a critical time for the central African nation which until quite recently was a stable country in a turbulent region.

Nine candidates are competing but 85-year old President Paul Biya is the front runner. In power for the last 36 years, Cameroon’s first-past-the-post system all but guarantees Biya victory because the opposition has been unable to field a single candidate. The incumbent also controls the state apparatus and is campaigning as the guarantor of stability by virtue of his long stay in power.

Although he lacks formidable competition, this particular election strategy may not be Biya’s best play. Over the last three years stability in Cameroon has eroded considerably and the lack of security in some regions puts peaceful polls in doubt.

Immediate threats stem from extremist group Boko Haram and the ‘Anglophone crisis’. Boko Haram is a transnational problem but the Anglophone conflict is directly linked to poor governance under Biya.

In Cameroon’s extreme north on the border with Nigeria, Boko Haram has caused hundreds of deaths and thousands of internally displaced persons and refugees.

People have been at the mercy of both Boko Haram and government forces, yet in a well-timed campaign statement Biya recently announced that Boko Haram has been defeated. International Crisis Group’s conclusion that the terrorist group has been weakened is probably more accurate.

The country also faces a crisis in two of its 10 regions – the English-speaking south-west and north-west regions. Violence here has claimed 400 civilian lives this year alone, and displaced an estimated 200,000 people. Dr Christian Pout, a leading expert and head of the African Center for International, Diplomatic, Economic and Strategic Studies describes the situation in Anglophone Cameroon today as an armed conflict.

Cameroon was split between British and French colonial powers after World War I, and then reunified under a federalist system in 1961. Ten years later federalism was replaced by a unitary state – the source of today’s “Anglophone problem”.

Under a unitary state, power was increasingly centralised in the executive branch of government. English-speakers claim this marginalised them both culturally and politically, leading to the de facto dominance of French as Cameroon’s official language and the gross under-representation of Anglophones in top political positions.

Anglophones are concerned about disparities in education, economic and social justice, and infrastructure development. Government does not deny the legitimacy of their demands and argues that it has been addressing them.

Assurances have also been given that government will deliver peaceful elections, including in Anglophone regions affected by violence. But English-speaking secessionists claim voting is unlikely. The situation is so tense that candidates have cancelled or cut back on campaigning in these regions.

At this stage it is unlikely that elections will take place in Anglophone parts of Cameroon, and if they do, the turnout will be poor as people fear for their safety. As it is, nearly 250,000 refugees from these parts will be unable to vote.

Although the Anglophone regions account for only 14% of voters, peaceful elections there are crucial for the credibility of the process and the legitimacy of Cameroon’s next president. And after the polls, long-term solutions to the Anglophone crisis will be needed that go beyond military crackdowns.

The country’s neighbours as well as the African Union (AU) should help stabilise Cameroon in the interests of its people and the Central African region. So far neither have shown real commitment to doing so.

Despite ample early warning in the lead up to elections, neither the AU nor its Peace and Security Council (PSC) have taken resolute action on Cameroon’s security and political challenges. The country has not featured as a specific item on the PSC’s agenda this year. In 2017 the AU Commission merely ‘expressed its concerns over the situation in Cameroon’.

The AU did deploy election observers to Cameroon in early September but it remains to be seen whether they will accurately monitor the polls. Concerns have been raised about the impartiality of AU election observer missions. In any case, election monitoring won’t solve the deeper challenges facing Cameroon.

The AU’s aversion to secessionist demands could have prevented it from giving credence to the grievances of Cameroon’s Anglophone regions. On his official visit in July, AU Commission chairperson Moussa Faki Mahamat praised Biya for his wisdom, foresight and experience as Cameroon’s leader.

Cameroon’s neighbours too have been non-committal. The Economic Community of Central African States has been virtually silent on the ongoing problems in its member country. This probably explains the absence of Cameroon on the PSC’s agenda, as regional bodies (or their member states in the PSC) would typically put such matters forward.

Instability in Cameroon threatens a region already rocked by political strife. The prevailing belief in “Biya or chaos” is narrow and unsustainable.

Should Biya be re-elected on Sunday this will probably be his last seven year-term at the helm. The question is what kind of state will survive him and whether the international and regional communities will help Cameroonians stabilise their country. DM