As tensions rise, government insists there’s no decision to grant Australian company the right to mine at Xolobeni 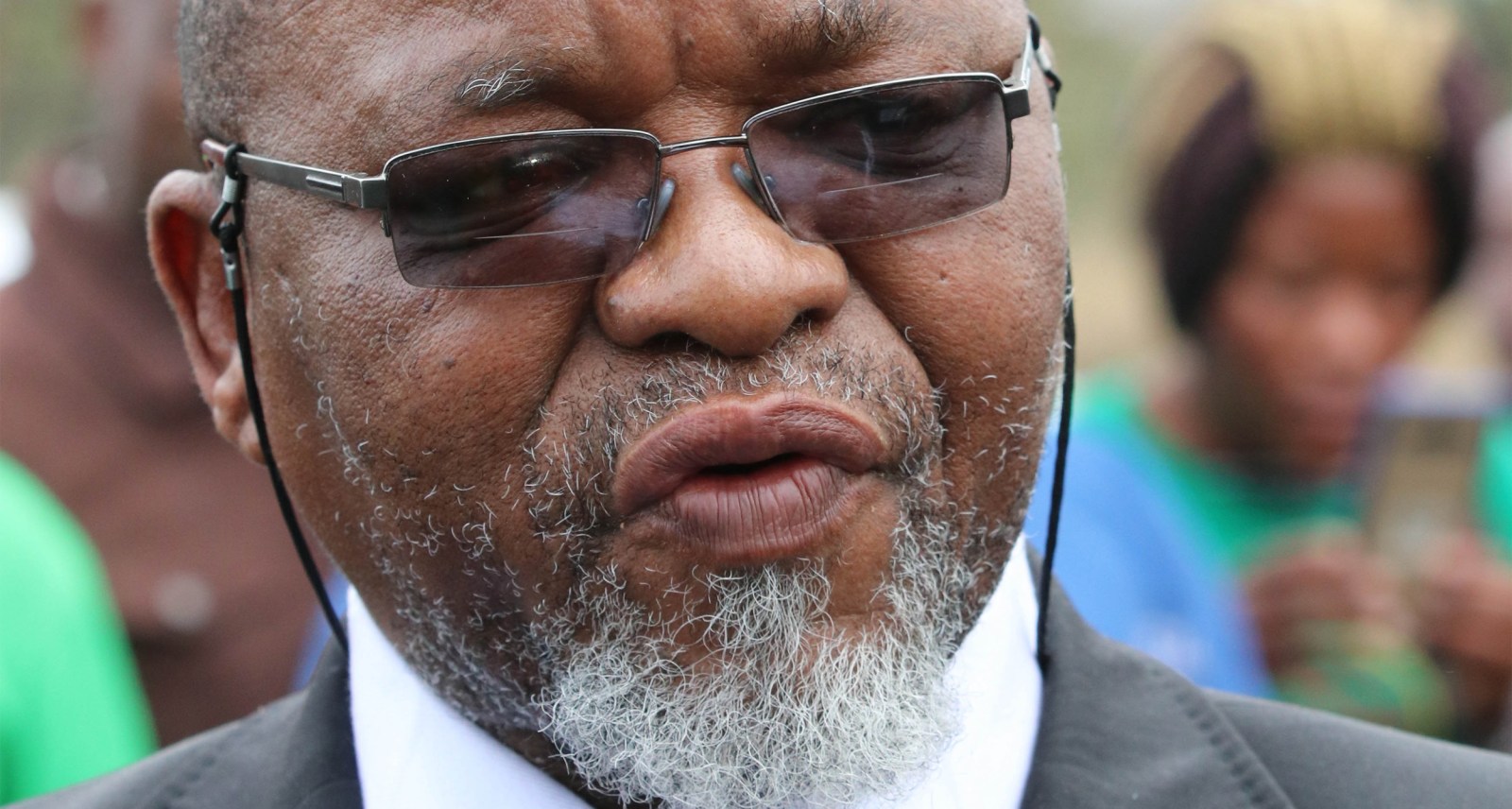 Comments made by Mineral Resources Minister Gwede Mantashe in a radio interview this week gave credence to the idea that the government intends to grant mining rights on the Wild Coast to an Australian miner and its local subsidiary. While the department insists that no decision has yet been made, Mantashe seems firm in his belief that mining can raise the Xolobeni community out of poverty – while community activists continue to argue the opposite.

When Australian mining house Mineral Resources Commodities (MRC) produced an August 2018 report on its current and future activities for investors, it devoted a full page to a forthcoming South African project.

The report stated: “Mining right under application”, and added: “Future development and divestment options under consideration”.

While those words may have been music to the ears of investors, they were interpreted by the Amadiba Crisis Committee (ACC) as confirmation of its worst suspicions.

The ACC is a group of community activists in Xolobeni which has been fighting the granting of mining rights in the area for a full decade. And though the replacement of tainted former Mining Minister Mosebenzi Zwane with Gwede Mantashe may have appeared to offer the potential for renewed engagement with government, the group now says it is clear that Mantashe is even more keen than his predecessor on pushing through the controversial Wild Coast mining development.

“We have reliable information that Gwede [Mantashe] committed to grant the mining licence when he secretly visited Bizana in June,” the ACC claimed in a recent statement.

The group cited the MRC report to shareholders as evidence of the government’s determination to proceed with mining in the area.

It was against this tense backdrop that matters exploded at a meeting held in Xolobeni on 22 September. Billed in advance by the Department of Mineral Resources as a chance for Mantashe “to engage with communities in the area on community conflicts which occurred as a result of a prospecting right application”, the event was dismissed by the ACC as a “propaganda meeting for mining”.

The group claims that the speakers’ list for the meeting was stacked with pro-mining figures and did not accurately represent the views of the community. When ACC members began to protest during the meeting, they were forcibly removed by riot police in a way that Amnesty International subsequently condemned for its heavy-handedness.

Yet, interviewed by 702 this week, Mantashe expressed no regret about this turn of events.

“I went to Xolobeni because I wanted to have a sense, feel what is happening there. What is the big deal?” Mantashe said.

“People in that community were silenced by a group of young people working with those lawyers who were terrorising people into silence.”

Mantashe claimed that the engagement revealed that the community was overwhelmingly in favour of the granting of mining rights in Xolobeni.

“Nine villages who were represented spoke for themselves,” he said. “Eight said we want this mine, we are starving, we are dependent on social grants, we must improve our lives.”

The position of the ACC, meanwhile, is that “anyone who is suspected to be against or doubtful about mining in Xolobeni” is excluded from government engagements.

When the ACC approached the courts in April 2018 to argue that the government could not issue a mining licence in Xolobeni without the community’s consent, they also presented a petition of over 4,000 signatures from those opposed to the mining plans.

Judgment in that matter has not yet been delivered, but Mantashe’s predecessor, Zwane, imposed a moratorium on the granting of licences in the area, which is due to expire in December.

In August, Mantashe gazetted a proposed two-year extension to the moratorium on the grounds of the “significant social disintegration and highly volatile nature of the current situation in the area”. Published in the Government Gazette, the notice called on stakeholders to give notice on the proposal within 21 days.

Yet the ACC says there has been no visible movement on this proposal, and Mantashe made no mention of it in his 702 interview this week. Indeed, he seemed to suggest that the only factor currently delaying the granting of mineral rights was the finalisation of the April court case.

“I’m not going to sleep at home waiting for them,” Mantashe said. “I’ll continue doing my work so that when the outcome of that case is pronounced, I must be ready to move, one direction or the other.”

That phrasing suggests that if the ACC loses its court bid, the government will press ahead with mining in the area – but the Department of Mineral Resources is adamant that this is not necessarily the case.

“No mining right has been granted.”

But was MRC correct to write in its shareholder report that government is favourably inclined towards the project?

“We are continuing with engagements with all stakeholders on this matter,” was all Shabangu would respond to that question.

Mantashe has made it clear, however, that he believes that the economic opportunities offered by the Xolobeni Mineral Sands project hold the potential to lift the area out of poverty.

The ACC has argued in response that MRC’s track record in South Africa does not inspire confidence. At the MRC’s holding in Vredendal, Tormin Mineral Sands, there have been reports of environmental breaches and a failure to fulfil agreed-upon obligations to the community.

The ACC also says that the government should be focusing on economic development in the area without recourse to mining.

Meanwhile, the stakes in the conflict have been steadily rising. The disruption of Mantashe’s September meeting with the Xolobeni community saw well-known lawyer Richard Spoor arrested. ACC chairman Bazooka Rhadebe was murdered two-and-a-half years ago in what the ACC claims was an assassination linked to his anti-mining activism, with no arrests yet made.

On Thursday, activist group Abahlali released a statement saying that some Eastern Cape activists are currently in hiding due to threats received because they support “the struggle to keep the land in the hands of the people”.

Abahlali further claims that the death of Mpondoland chief Thulani Mjanyelwa in August, seemingly as a result of a mob attack, was also motivated by the mining conflict.

“There is bitter division in the area between those, many linked to the ANC, who support the international mining companies, and those who want the land to be held and managed by the people,” the group stated.