BMW 640i GT – A new twist on a familiar formula 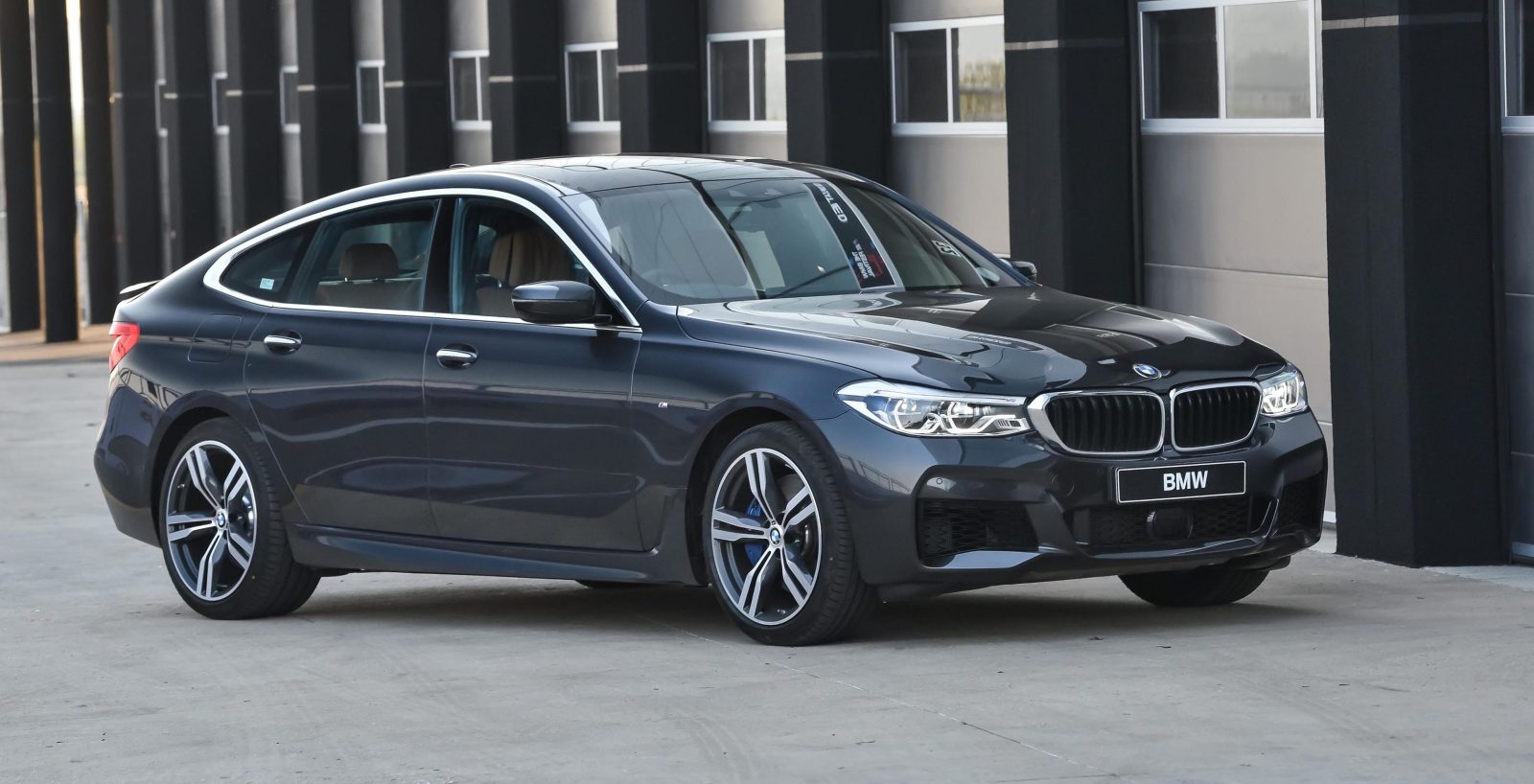 A GT car in the classic sense is a stylish blend of desirability and long-distance driving enjoyment, with practicality being a distant consideration. With the 6 Series GT, BMW is attempting to rewrite that definition. But is it compromising on the attributes embedded in the vehicle type’s DNA?

In 2004, Mercedes-Benz launched the CLS and called it a “four-door coupé”. Motoring scribes were up in arms about the perceived misnomer: “A coupé has only two doors!”, they protested. 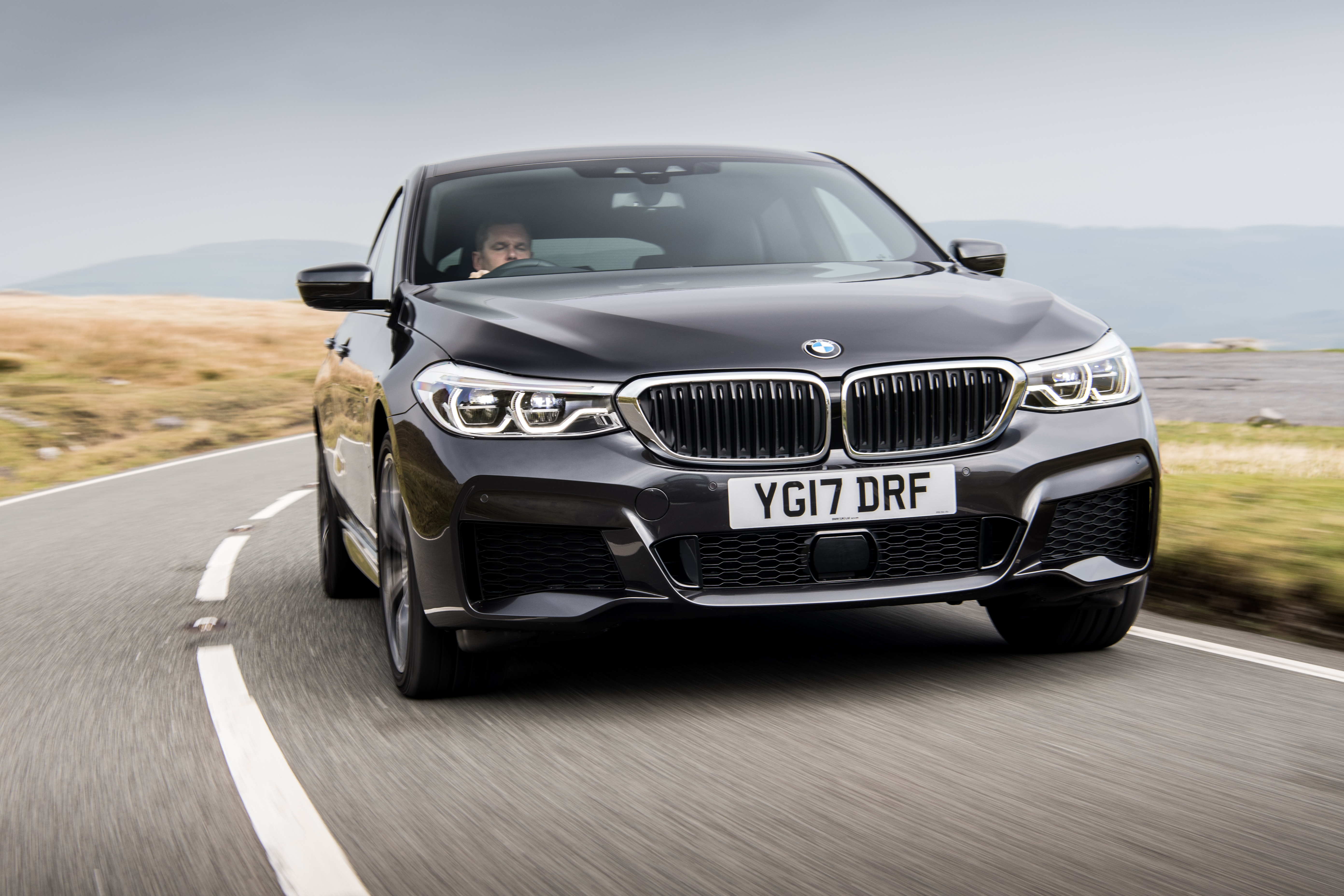 There have been similar arguments about what a “shooting brake” is or isn’t. But these days, it’s rarely a talking point when a manufacturer appropriates a body style and then reinterprets it for its own marketing purposes.

Such is the case with the BMW 6 Series GT, a bigger, heavier iteration of the 6 Series design. It too might spur an argument about whether or not its shape is that of a true Gran Turismo.

But there’s a bigger puzzle to be solved. In the regular 6 Series Coupé, BMW already has a genuine GT car: front-engined and rear-wheel drive, with two doors and a 2+2 interior. And yet, that one doesn’t wear a GT badge.

Instead, a bigger, awkward looking four-door sibling gets to call itself a GT, proudly emblazoned in burnished metal on its rather extensive rump. Indeed, it’s mainly the rear end that distinguishes the 6 Series GT from the regular 6 – both literally and in design terms. 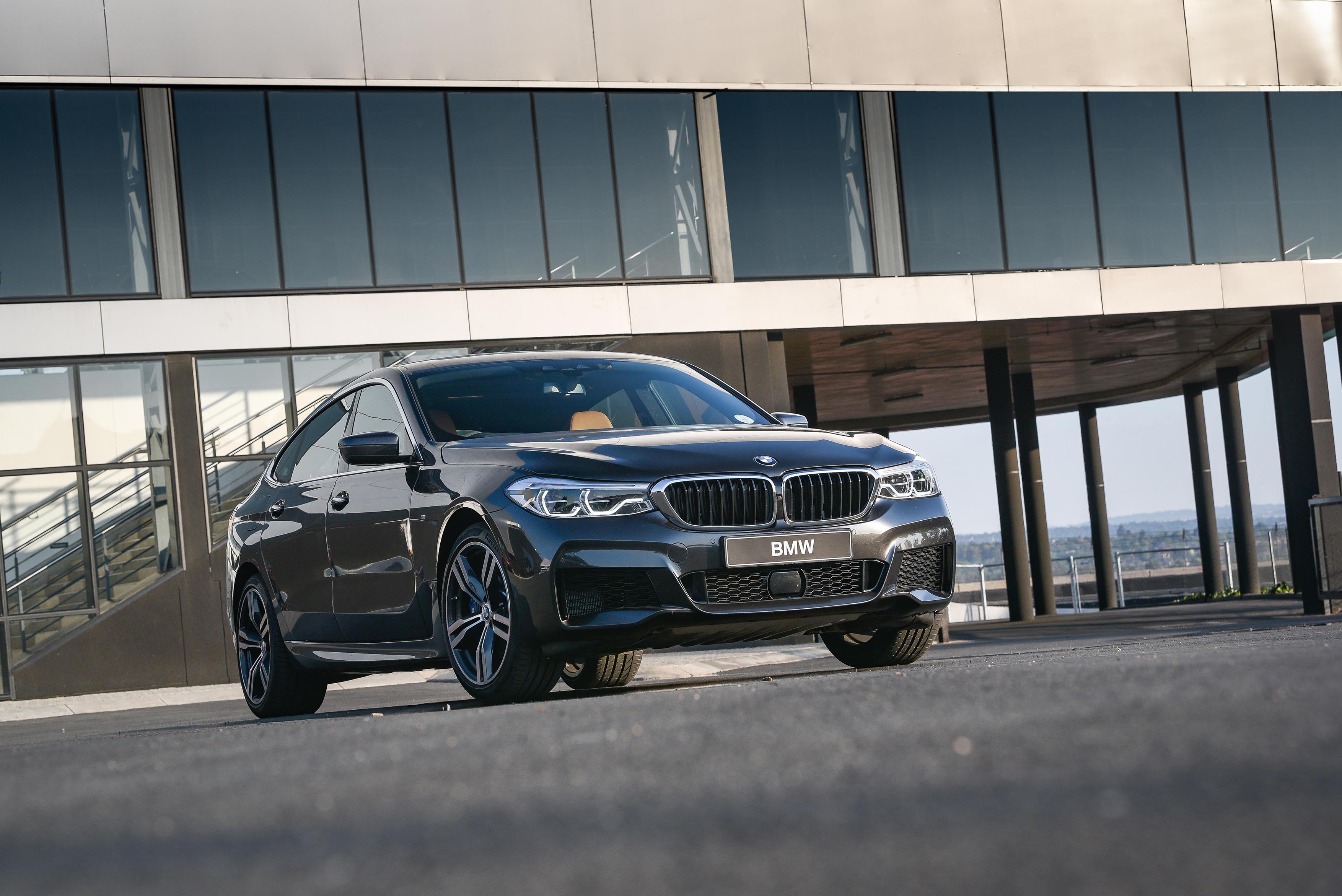 It gets the same treatment as the other GT cars in BMW’s line-up: instead of dropping off to the rear deck, the roofline is extended, sloping gently down to form a fastback rear.

But, BMW says, this extra metal is where the GT-ness becomes apparent – and not just from a styling point of view, obviously.

The hallmark of a good GT car is its ability to deliver performance and driving enjoyment over long distances, while cosseting its occupants in luxury. The extra space created by the 6 Series GT’s higher roofline allows more people with more stuff to travel in more comfort. 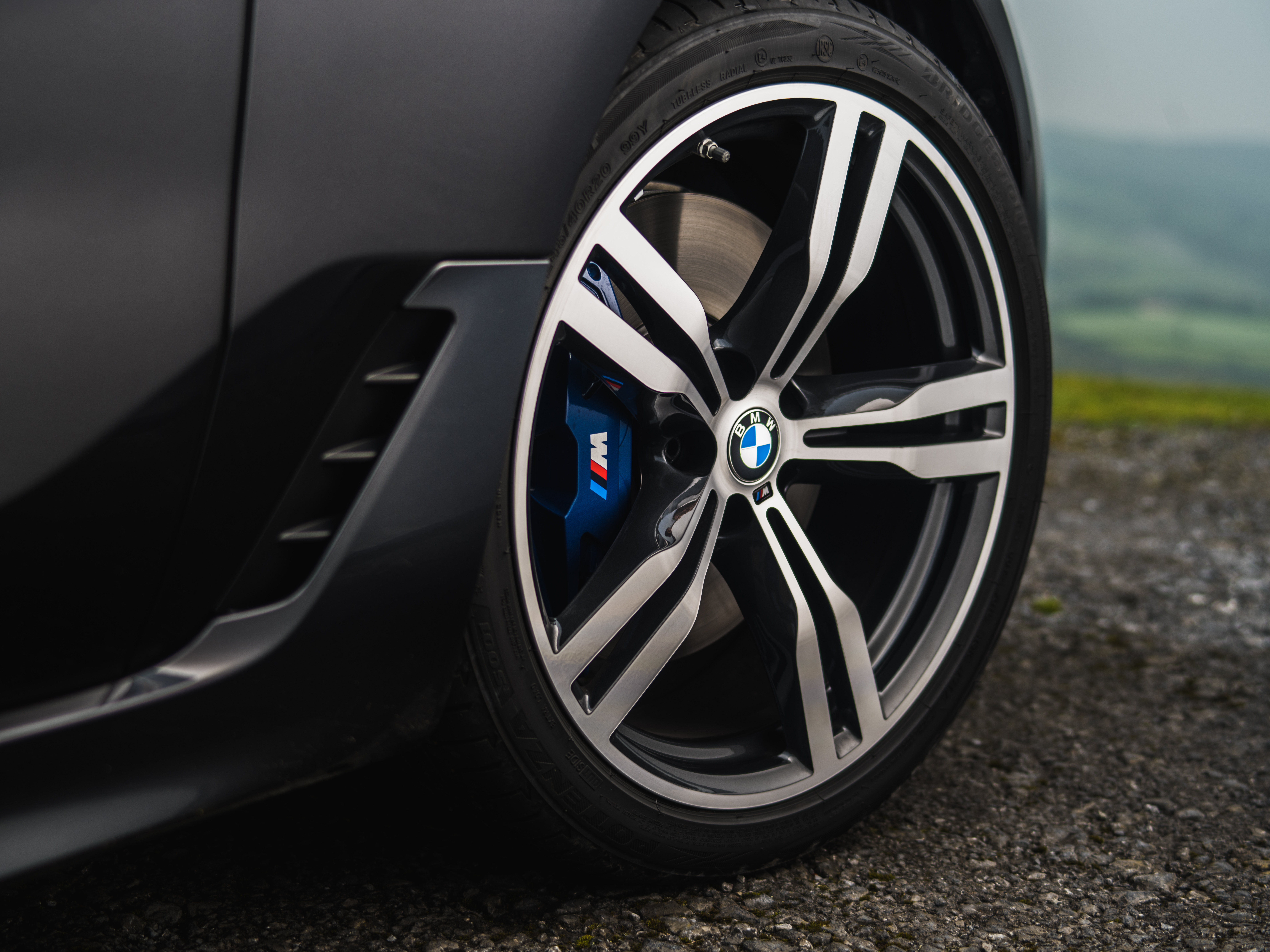 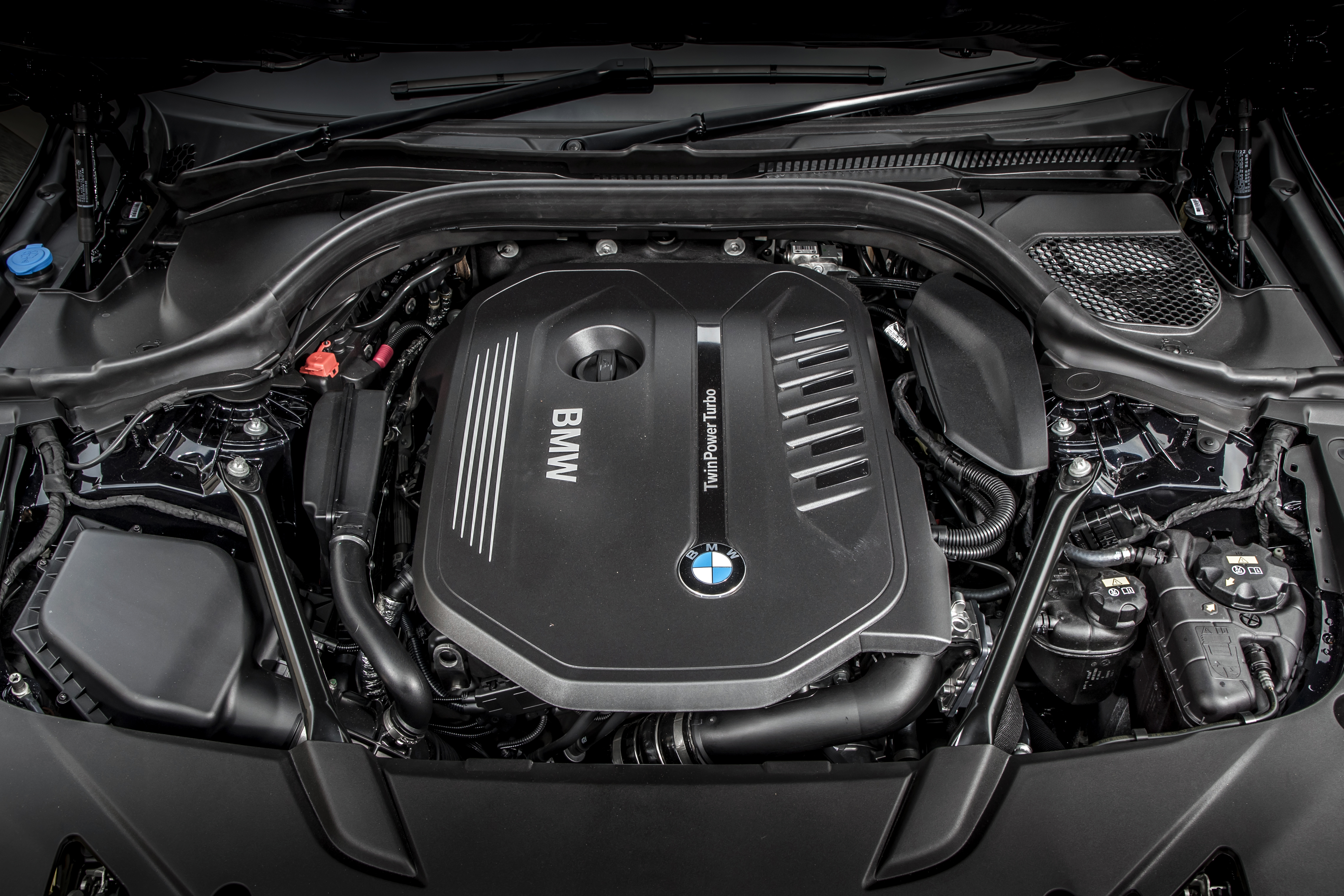 It has an interesting effect on the overall impression – you don’t get the same sense of size with the other Sixes in the range, and in profile, the GT looks more closely related to BMW’s X6 SAV (for Sports Activity Vehicle).

The M Sport treatment of our test car, designed to give it a more athletic look with bigger wheels and racier bumpers, did very little to disguise or negate the car’s apparent bulk.

Our example was fitted with around R130,000 worth of extras, but the interior space is standard – and there is a lot of it! A wide dashboard nestles between the A-pillars, and comfortably houses the latest parts from BMW’s technology cupboard. 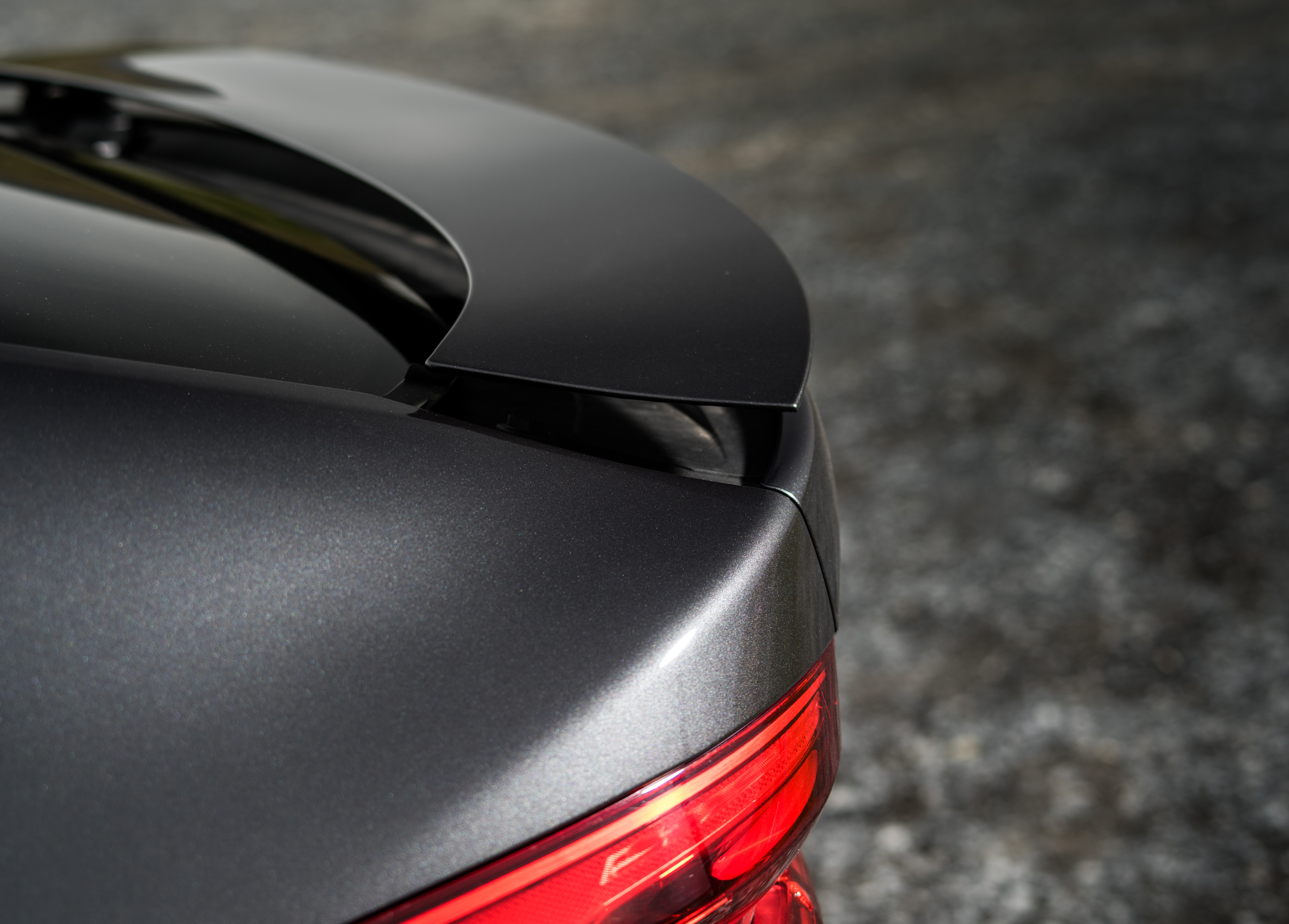 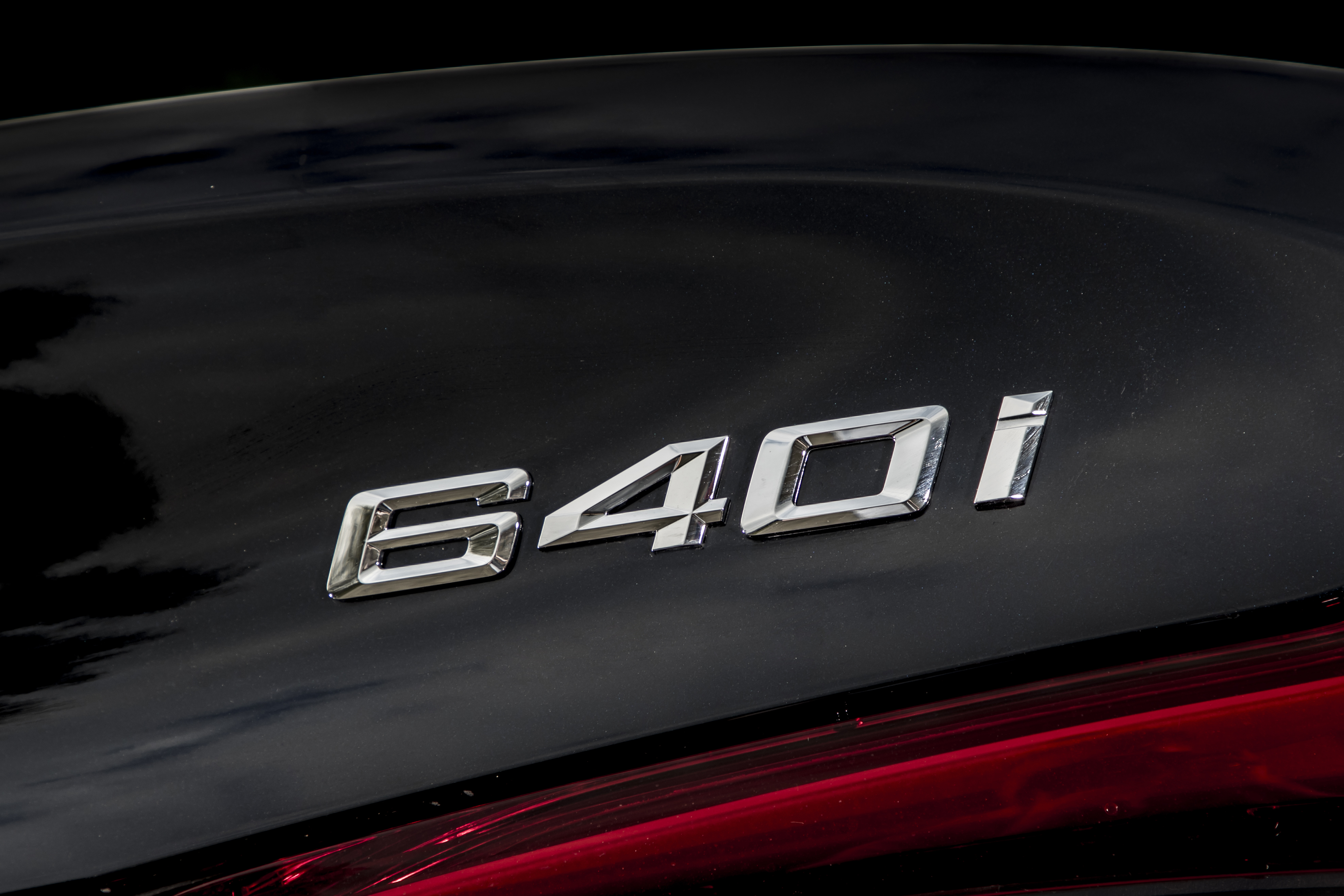 The centrally mounted 10.25-inch touchscreen displays all things iDrive, including online services and live traffic. The optional heated and ventilated electric seats deliver good support when pressing on, and remain lounge-comfortable no matter the driving situation.

In the back, there’s ample space for three adults – and behind them, a luggage cavern that will swallow enough baggage to keep even the most determined overpacker in outfits for an extended vacation.

The interior delivers a lot tech, space and comfort, and it’s only once you step inside that you get a sense of how well (or not) this car answers the call to tour grandly. 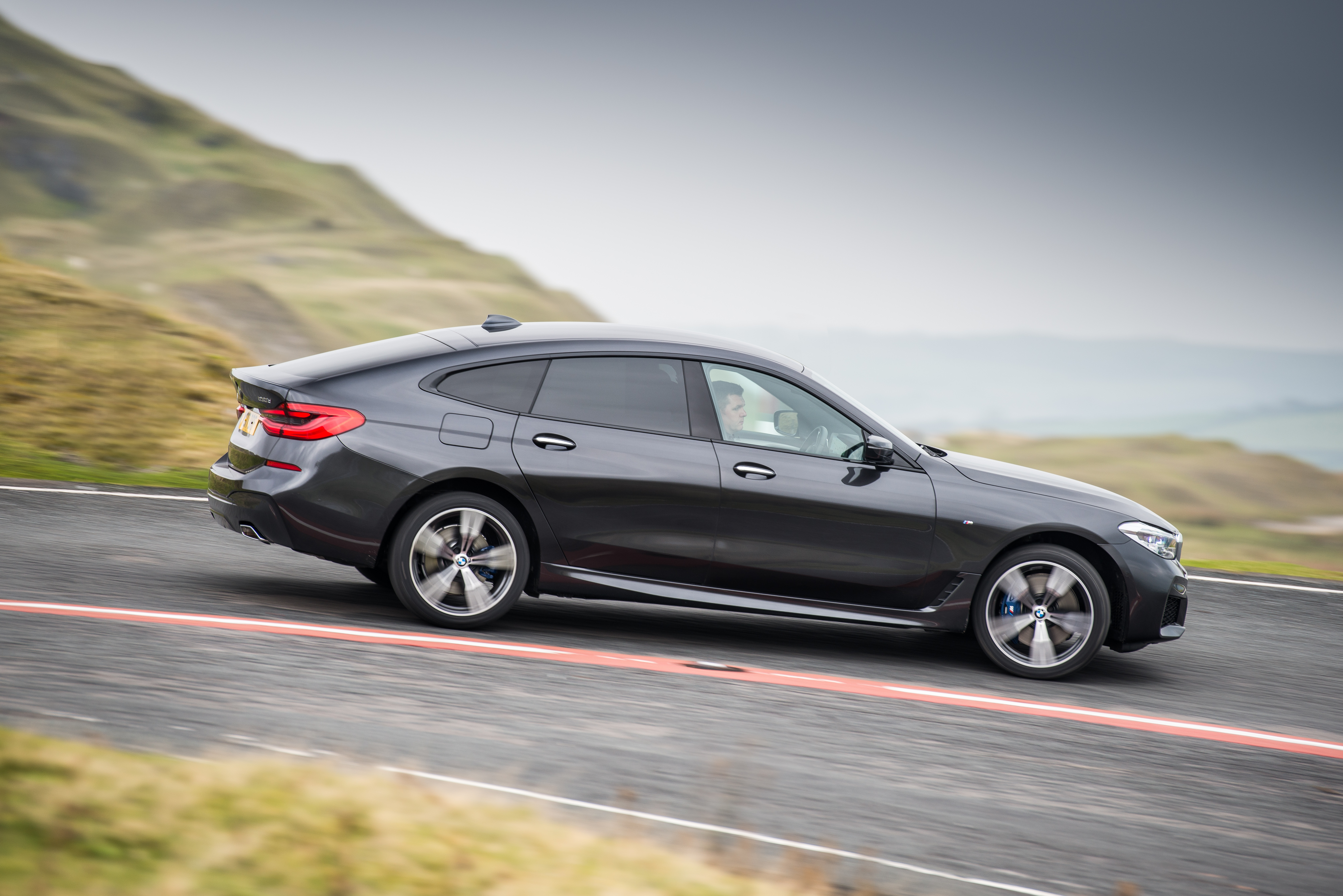 The South African 6 Series GT line-up consists of just two models, our test car being the more potent 640i xDrive. It’s powered by a 3.0-litre straight-six engine with twin-scroll turbo – a tried and trusted powerplant good for 250kW and 450Nm.

In a somewhat surprising move, the rear-wheel drive petrol option available internationally isn’t offered in S. The turbodiesel-powered 630d is the only alternative, and it comes without the all-wheel drive.

The big 6 GT is happy and capable in mundane traffic. Its lashings of comfort help to keep the frustrations of bumper-to-bumper living at bay, and it can be equipped with tech like adaptive cruise control to make the everyday drive even less stressful. 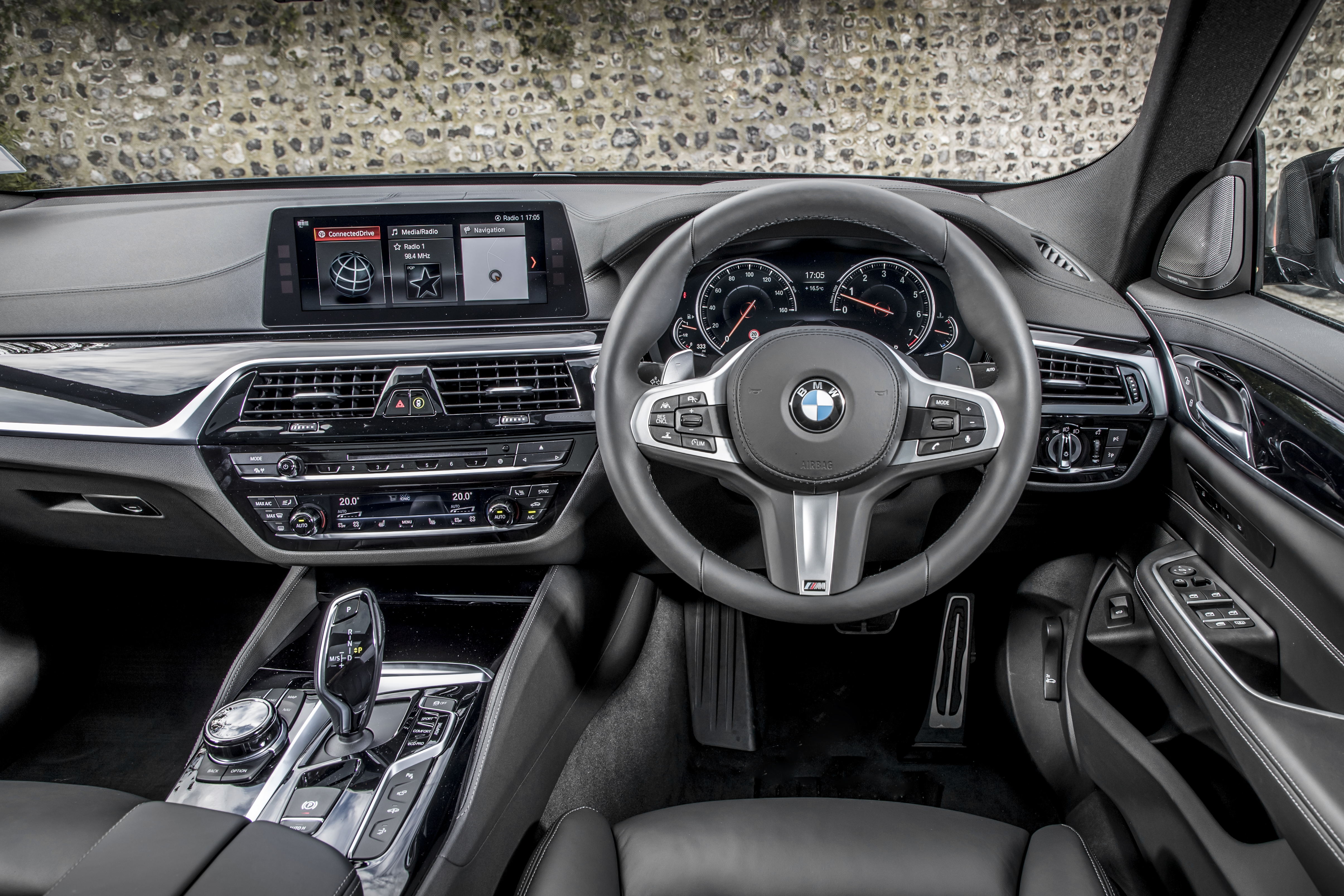 In fact, it’s so good in an urban setting. I was almost hesitant to find a quiet, challenging road, lest the positive impressions be undone by what I imagined would feel like a big, lumbering chassis, beset by body roll and soporific acceleration.

But, the packaging says that this is a GT: it’s not designed to stick around town, dodging potholes and absorbing speed bumps – even though it is very good at those things. Yes, that moniker suggests that it should be even better in more suitable surroundings.

A short drive out of town was all that was needed for the 640i GT to start showing off the other side of its personality. It’s not a day-and-night experience by any stretch; pointing it at a set of corners and planting your foot isn’t going to surprise you by rousing a ferocious beast.

But selecting Sport mode makes the fully-digital instrumentation light up red, and there’s an audible change in the exhaust note. A firm tightening of the seatbelt let’s you know that what’s coming isn’t the same as what’s gone before.

Happily, the acceleration is anything but snooze-inducing. Along with a satisfyingly rorty exhaust, the revs climb easily as you use the shift paddles to flick through the gears. 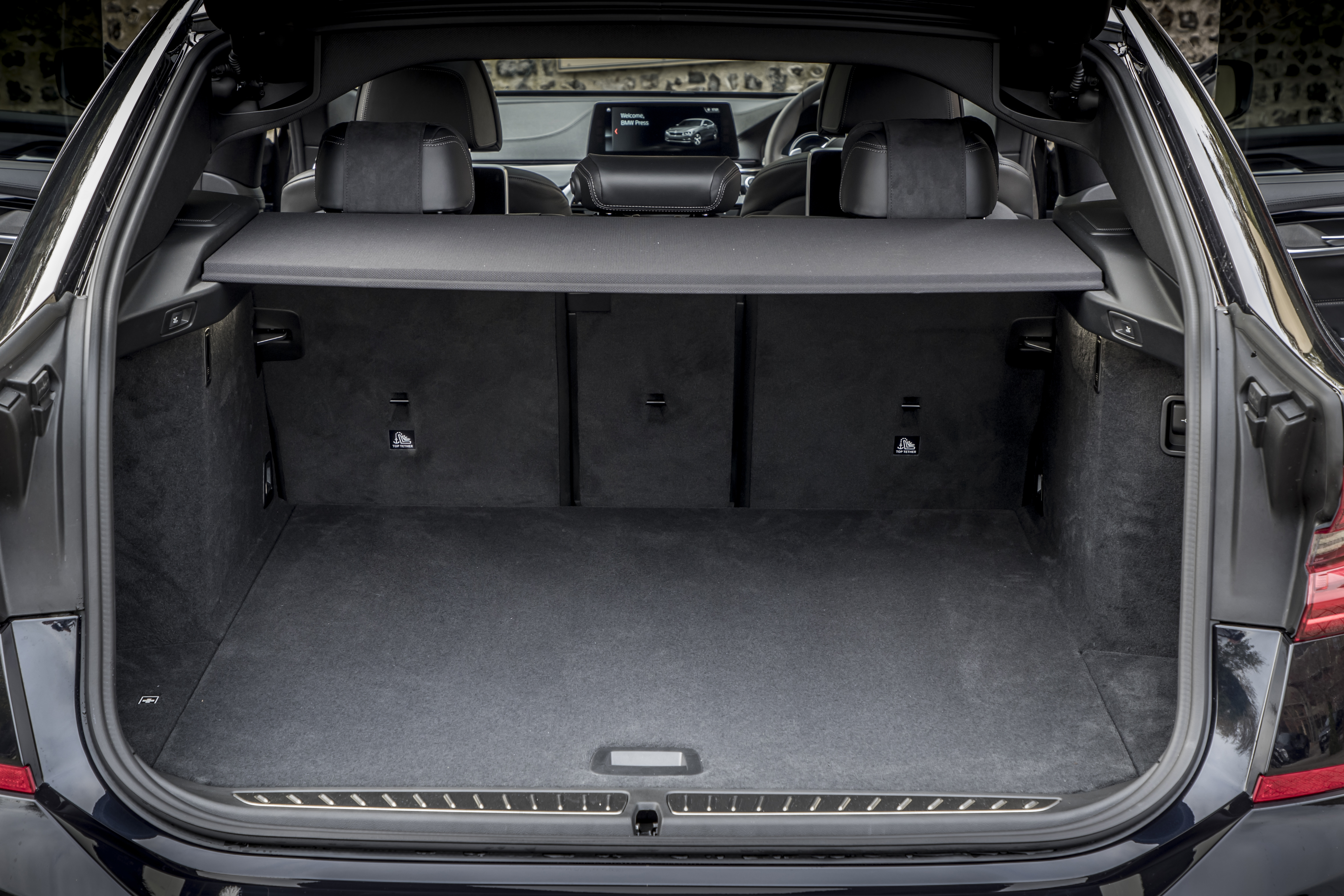 While the pace builds, so does the sensation that the whole car is tautening up in anticipation of delivering some enjoyable driving.

The steering does provide sharper turn in, but while it offers decent heft, there’s very little feedback. That said, the thick-rimmed M steering wheel does feel good in your hands. Similarly, there’s little feel from the chassis.

The result is a fairly remote driving experience, rescued in part by the fact that there’s loads of grip, and a surprising turn of agility. The 6 GT understates in pace and performance terms, but it’s still effortlessly rapid.

Adding to the sense of isolation is the realisation that once the 640i GT is up and cruising, any sort of exhaust or engine note is replaced by… not very much. All you really hear is a bit of wind noise. Even the optional 20” wheels on our test car did little to encroach on the well-insulated cabin. 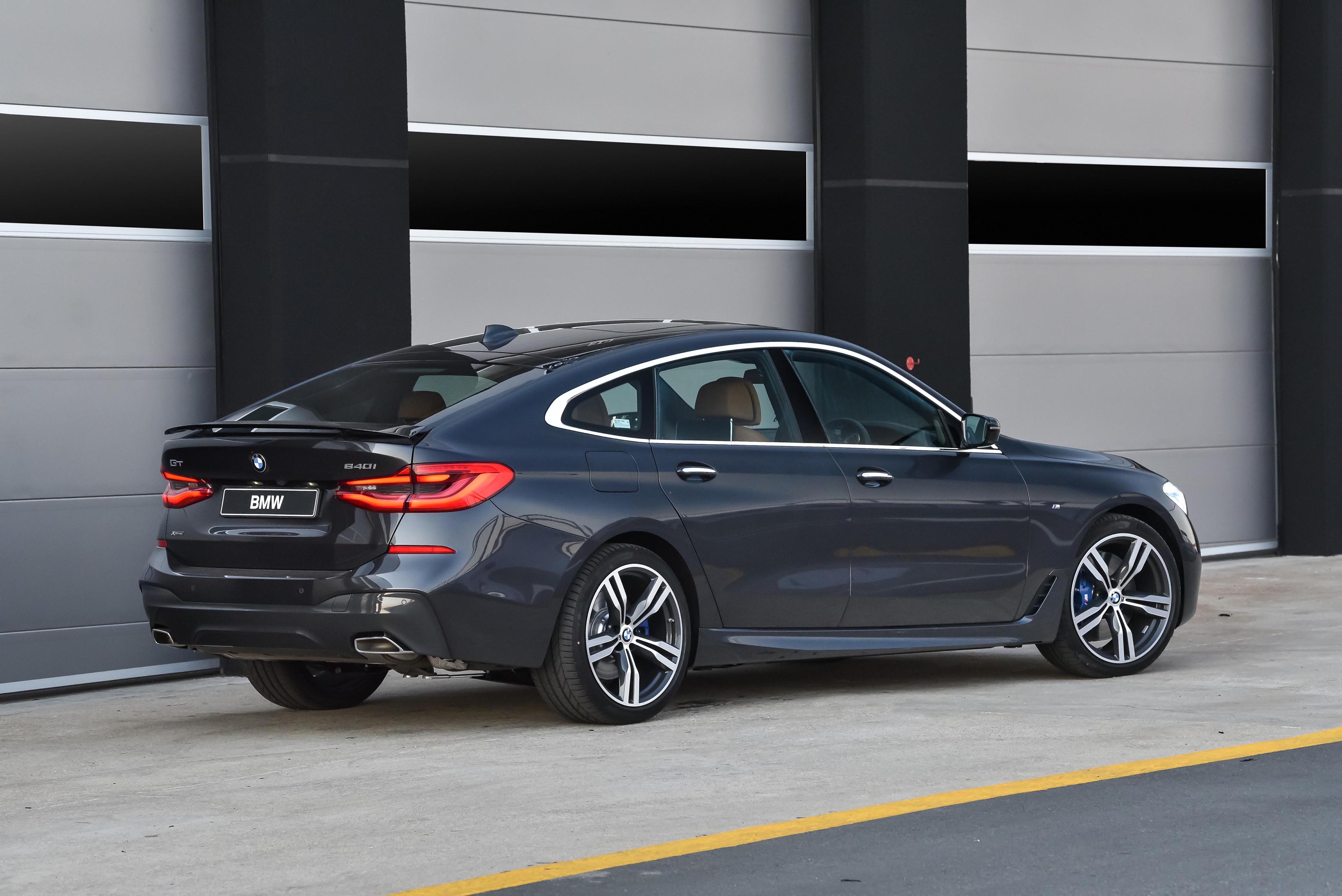 Heading back into town, and thinking over the two different driving experiences in the 640i xDrive GT, I realised that perhaps my initial cynicism about that GT label was misplaced.

On the open road, and particularly when challenged, it delivers a very capable drive – and it certainly has luxury and long-distance comfort and convenience as an intrinsic part of its make-up.

That’s balanced by a docile and compliant drive around town, which by no means counts against it. After all, that’s where it’s likely to spend most of its driving life.

Does its remoteness mean that the 640i GT not a great GT car? Indeed – but only if you measure it by standards set a long time ago; standards similar to the ones prescribing that a coupé can only have two doors. But times have changed. 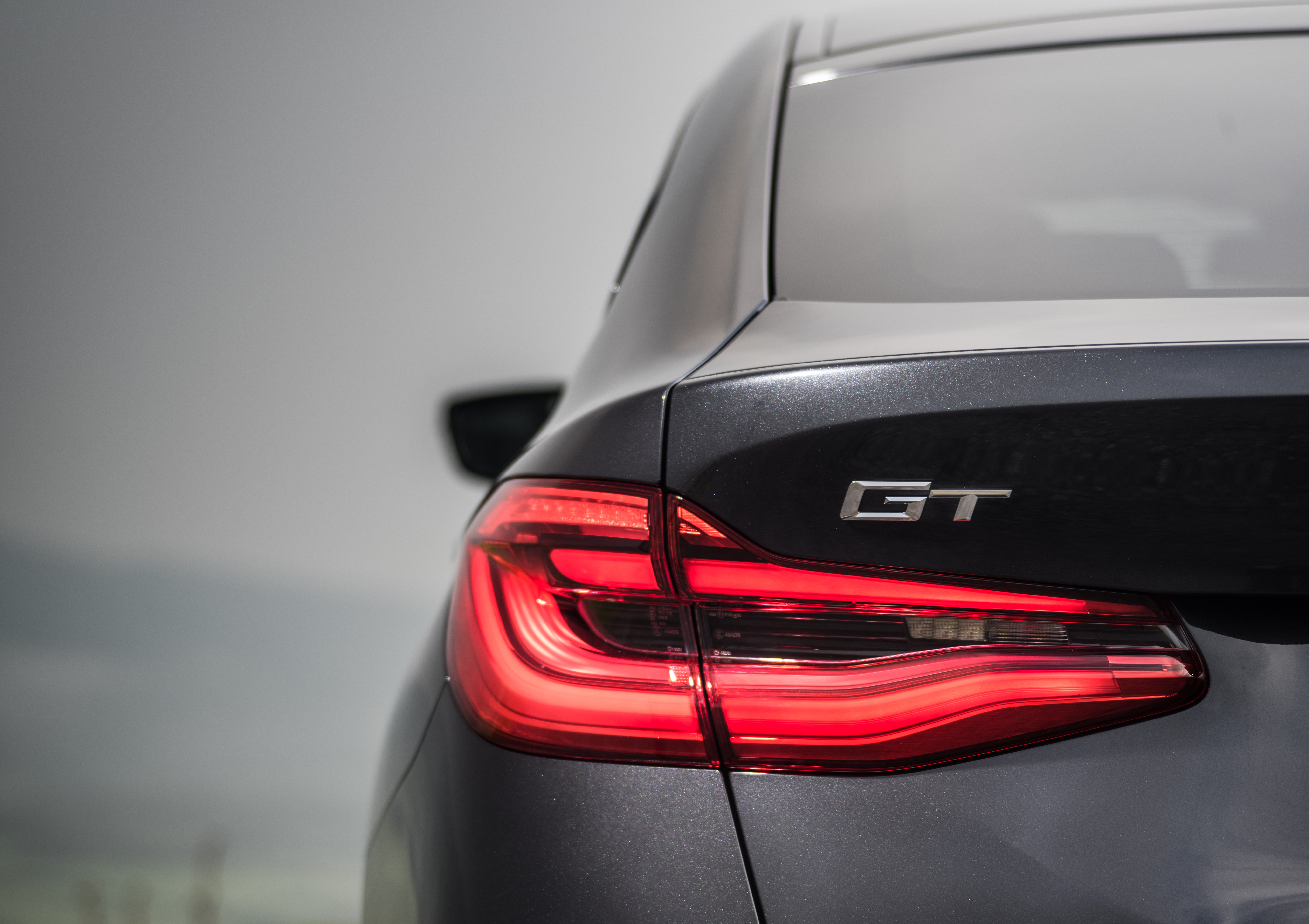 The 6 Series GT’s styling might suggest that this is a niche car within a niche, but rather think of it as an evolution that allows it to deliver something its ancestors were unable to: the ability to take on five people and their luggage in comfort.

The 640i GT manages that without compromising the core values of any great GT car: composure, ease of use, effortless high-speed cruising, and luxury in any driving situation. A modern GT car then, and proudly so. DM