From the Twilight Zone 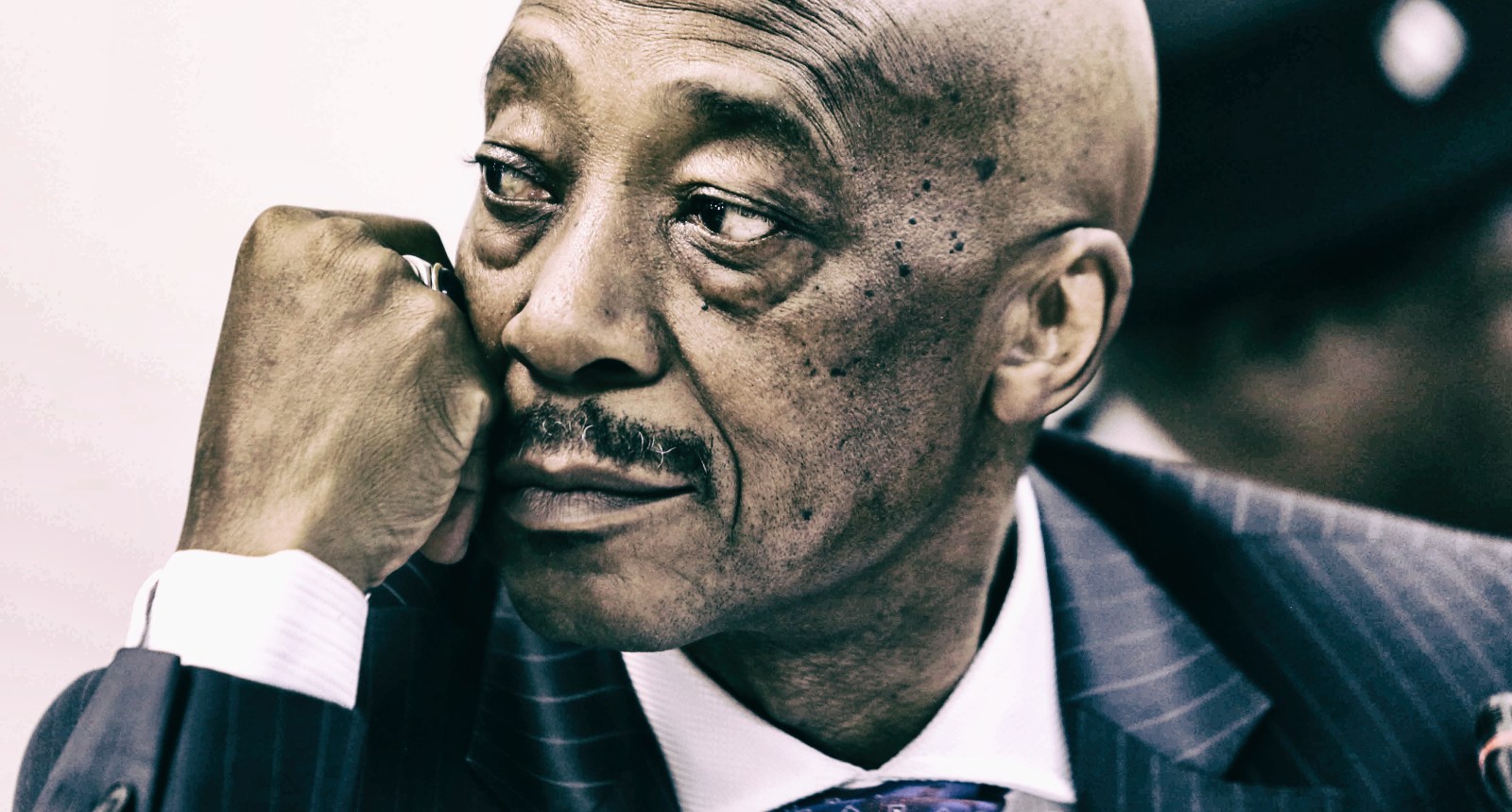 South African Revenue Services (SARS) commissioner Tom Moyane during his appearance before Parliament’s finance committee on November 28, 2017 in Cape Town, South Africa. Moyane appeared before the committee to present the revenue service's annual report and to field questions about the suspension, investigation and reinstatement of Jonas Makwakwa. (Photo by Gallo Images / The Times / Esa Alexander)

Suspended SARS commissioner Tom Moyane’s recent experiences read like a work of fiction. In his application to the Constitutional Court challenging his disciplinary hearing and the inquiry into SARS under his leadership, Moyane describes himself as a victim of a conspiracy.

In an affidavit to the Constitutional Court, suspended SARS commissioner Tom Moyane claims he was the most successful leader of the revenue authority since 1994 and President Cyril Ramaphosa, Public Enterprises Minister Pravin Gordhan and the media have conspired against him to ensure he would be removed without following due process.

Moyane’s broad-ranging application follows previous legal attempts to avoid the inquiry into SARS under his leadership and his own personal disciplinary hearing, which is running concurrently. In his founding affidavit, he detailed at length the supposed political conspiracy against him and how it led to violating due process in the two inquiries.

“By any lawful measure or standard, my tenure at SARS was the most successful in the democratic era,” said Moyane, violating even the Trumpian space/time continuum.

He said he was the first and only commissioner to have surpassed R1-trillion in revenue collection. (Critics say would have happened regardless of his reign.)

Moyane also dismissed the claim that SARS had a R50-billion shortfall last year, claiming it was “deliberately misleading” and based on unrevised figures. (The shortfall figure is accepted as true, by everyone but Moyane)

The suspended commissioner said his performance was “record-breaking” and “unprecedented”, which inspired hostility from former SARS commissioner Gordhan, who he helpfully described as his “nemesis”.

Moyane spent much of his affidavit to the Constitutional Court describing the political conspiracy against him, where Gordhan and Ramaphosa established unfair inquiries and the media assisted their agenda by supporting “Ramaphoria”, where Zuma-era appointees had to be punished and Ramaphosa’s initiatives supported.

Moyane said Gordhan, on being appointed to Ramaphosa’s Cabinet in 2018 after he had been removed as a minister by Zuma in 2017, was determined to challenge his leadership.

“It would seem that one of Gordhan’s life missions was to take off from where he had left off in March 2017 and to get rid of me, by hook or by crook, and harassing me away from occupying the position of SARS Commissioner,” said Moyane.

He said Gordhan had called him cheeky: “The latter reference carries racist and condescending undertones as outspoken or assertive black people are usually referred to by other races as ‘cheeky k***s’ or such other insulting terms.”

Media reports, in particular from Daily Maverick and Business Day, received their own subheading.

“The ultimate aim is to produce unthinking and zombified citizens who believe that a consumerist society based on greed is inevitable and actually a good thing to be protected and not changed by its victims.”

Moyane’s affidavit reads more like a political report, echoing his recent supporter, EFF leader Julius Malema, than a legal document. But, occasionally, it touched on the issues.

The suspended SARS leader dismissed the reasons he is facing a disciplinary hearing. He did nothing wrong in handling the fortune deposited into his No 2 Jonas Makwakwa’s accounts, despite a Financial Intelligence Centre report.

The millions the Gupta family received in VAT refunds also weren’t his fault, and they did not end up in his disciplinary charges, said the suspended SARS commissioner. He blamed other employees who he said have not faced the same level of persecution.

“Other than the now extinct VAT-refund issue, I am not aware of any other allegation of me as a ‘state capturer’, which in any event has no basis in the truth,” said Moyane.

He then attacked Ramaphosa’s administration, rightly claiming that many were present during the State Capture years

“The truth is that everybody in the higher echelons of government knew about serious allegations of State Capture even before the formation of the current term of government and Cabinet.”

It might be true, but that’s the nature of the ANC having led South Africa for 24 years. It doesn’t make his claims true, nor implicate those present if there isn’t evidence they participated in corruption. Moyane seemed to argue that if he’s guilty of either assisting or turning a blind eye to State Capture, all politicians should be, despite the specific evidence against him.

Moyane defended Bain & Company’s restructuring of SARS and said the Sunday Times reported courageously on the rogue unit, which he believes is still worth investigating. Even the Sunday Times and Bain don’t agree with him, having been made to face their wrongs.

Moyane’s affidavit appears written in a time warp, acknowledging the change in political administration, but oblivious of the many indictments it has brought against him.

The responding affidavits from Ramaphosa, Gordhan and others will likely cite reams of public evidence showing Moyane systematically stripped key SARS units of their powers to the benefit of certain individuals, on the basis of dodgy reports, such as that from Bain, and dodgy influences such as Zuma.

Moyane’s application emphasises individuals he believes have a conflict of interest in his case, but the Constitutional Court will likely have to decide only on two points: whether a disciplinary hearing and an institutional inquiry implicating the person charged in the disciplinary hearing can sit at once, and whether Moyane’s lawyers should be able to cross-examine witnesses in those inquiries.

Moyane could have a new career as a fantasy writer, but his grounds for going directly to the Constitutional Court are weak. If the court chooses to hear his case, he will likely be further exposed rather than vindicated. DM