Corporate Corruption (Part 3): What if democracy could be fixed by knowing how much your neighbour earns and owns? 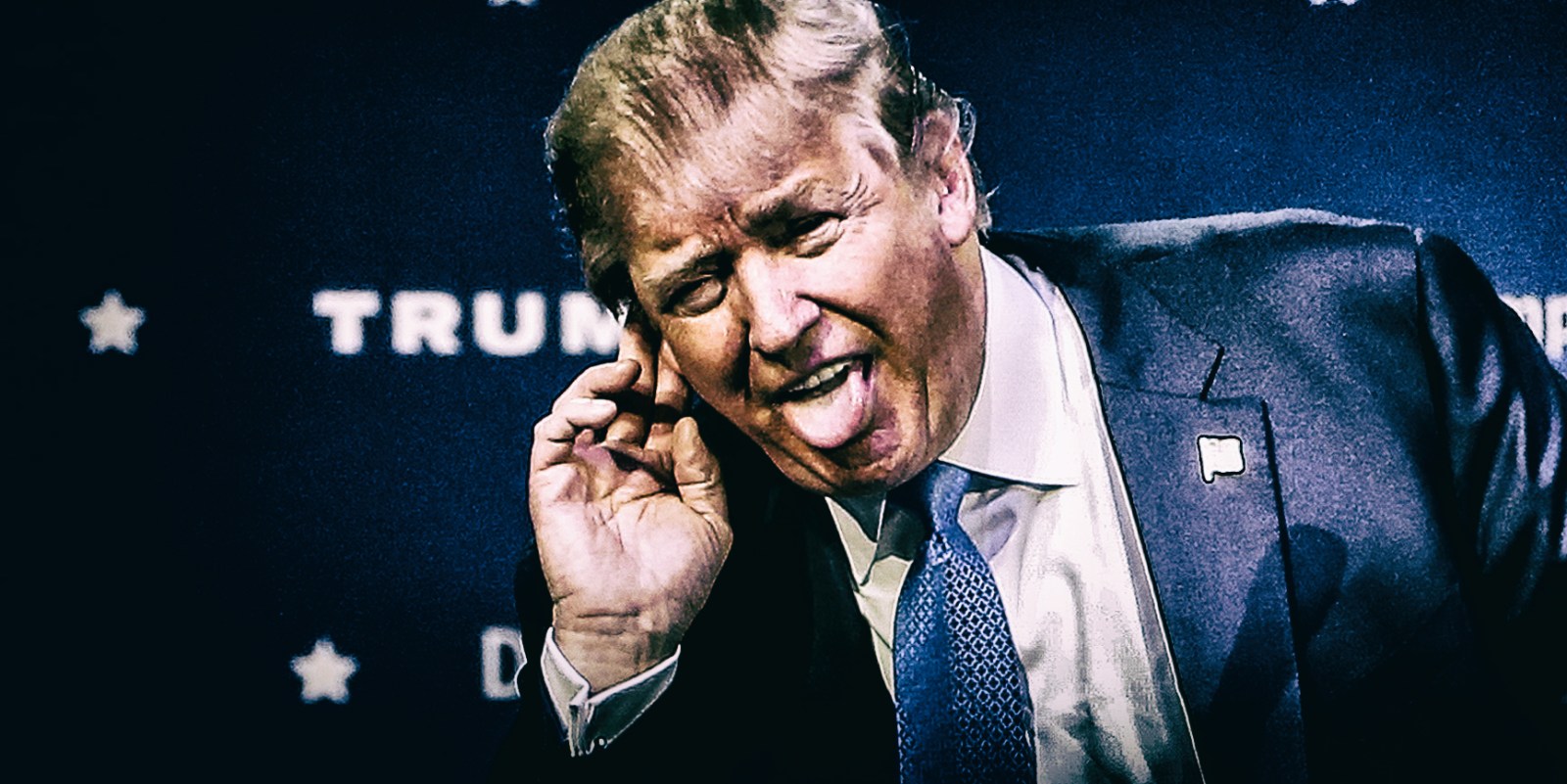 Making all tax returns of South African individual taxpayers publicly available might seem radical but in a post-state capture context, it might be the way to rebuild people’s confidence in our tax system.

See Part 2, (which includes a link to Part 1): How to make mulitnational companies pay their fair share

When it comes to income, assets owned and amount of tax paid, the current paradigm is opaque. Not only is it almost taboo to ask how much one earns but, in general, raising any topic around private money is deemed to be a sensitive issue. To some extent, sensitivity is appropriate: we don’t judge one another by how much we earn or how many properties we own, and this is sound. But what if everyone knew how much everyone is earning, owning and paying in taxes? What if you could check online on a publicly accessible database the income of your colleagues, the taxes paid by your boss, or the amount of assets your neighbour owns? Could this have any impact on the way our democracy works?

At first sight, this is a very strange idea, and many people would be sceptical, if not completely opposed to the idea. Everyone, after all, has a right to privacy. Everyone does whatever they like with their own money, and that’s no one else’s business. However; in a really democratic system of government, private money is also a public matter; indeed, a very critical one. Not only can a tax system have critical social and redistributive objectives, such as allowing resource redistribution, but its core function is an essential one: maintaining institutions and infrastructures that allow a society to sustain itself.

From such a perspective, private money can no longer be considered as a purely private matter since it is essential for individuals to contribute fairly to the common pot. Of course, everyone does not need to know in every detail how one spends one’s money, what products one buys, or one’s favourite brand of cold-drink. However, it is clear that in order to maintain a functioning society, everyone must be certain that everyone else is contributing fairly to the common pot.

At first glance, treating tax information as confidential seems perfectly fair: people and taxpayers have a right to privacy. Not only that, but false allegations of tax fraud, if made public, could be a powerful but dangerous tool for political forces to discredit their opponents and hamper South Africa’s democracy. In addition, such confidentiality should not be a problem since those in charge of the tax collection do have access to this information. They can indeed exercise scrutiny on any suspicious fraud scheme.

However, such a system has a huge flaw. It relies on one fundamental assumption: the people heading tax authorities are committed in good faith to the public interest and will therefore ensure everyone, including the wealthy and powerful one, pay their fair share. Nevertheless, the State Capture scandal proves the naivety of this presumption. Without saying all South African Revenue Service officials are corrupted or “captured”, the revelations of the Nugent inquiry show how critical units within SARS were dismantled to benefit a tiny minority of connected cronies.

The need for a paradigm change

To fix this systemic flaw within our institutions, a fairly simple but radical solution exists: total transparency of tax information in South Africa. Making all tax returns of South African individual taxpayers publicly available could radically transform the situation. This might sound like a revolutionary departure but it is neither unprecedented nor new. In countries such as Norway and Sweden, personal tax returns are made public every year. This has been the case in Norway since 1814!

This transparency has facilitated the fight against corruption by allowing journalists to investigate and normal citizens to exercise peer control on each other. Politicians, high-income earners and other decision-makers are much more likely to pay their fair share knowing that they are more likely to come under public scrutiny. Over the years, it has meant that a considerable amount of tax frauds have been detected. Moreover, the practice has, over time, built citizen compliance to the tax system and reinforced the State’s legitimacy: everyone knows how money is collected, and can check that everyone is contributing fairly.

On a slightly different note, such information also proved to be extremely useful in restricting excessive wage inequalities, as well as facilitating reduction in the gender pay gap because it has been much easier for social justice organisations to argue for reforms that combat inequalities by having such information available. In a South African context, such a system would be extremely powerful in avoiding corruption, by allowing us to ensure that our representatives don’t benefit illegitimately from their elected positions, or that a public official doesn’t earn side money through hidden and unofficial private channels.

In terms of feasibility, different methods can be used. A first option is to make sure everyone can access tax information, by having registries and list of taxpayers printed and displayed every year in each municipality to allow citizens to walk in and consult them. That was how it was done until recently in Norway. Another method is to publicly list this information online where everyone can access it through a few clicks. It could be released all at once as Norway currently does, or by following a tax calendar as Sweden does where lists of politicians and top-income earners are released at different dates to the tax returns of other citizens.

However, some children were bullied because of their parents’ incomes. In order to avoid such problems, Norway has implemented a system where you log on to a governmental platform with your own taxpayer details. Then, except if you are a journalist, the consultation of any tax return would lead to a notification being sent to the person whose tax return is consulted. He or she would then know who did so. This system allows people to check situations that they feel are abnormal, without leading to a generalised stalking system.

A radical but necessary change

In a South African context, two risks exist. The first would be to fuel a racial discourse since people’s assets and income are still largely influenced by the economic legacy of Apartheid. The second one is that a brutal change might not be appreciated at first because people might not want others, even family members and friends, to see their finances. Such a change would also be a culture shock, changing the way people look at and perceive money issues.

However, in both cases, we still advocate for total tax transparency to be the rule. It might be complicated to decide which categories of person to release the information on, and which not to. Of course, belonging to some categories will lead to disclosure of your tax returns (MPs, politicians, high-ranked public employees, decision-makers in public enterprises and institutions), but in some other cases it could be more difficult. What about the managers of companies that get public tenders? The shareholders of such companies? Would this include the minority ones? And why not the leadership of trade unions? And what about the relatives of the aforementioned people? What degree of closeness to a MP or a minister should be needed to lead to the disclosure of your tax return? All of these questions are tricky and in our opinion, the best way to deal with them is to accept that all taxpayer’s tax returns are to be made public.

A temporary solution could be to disclose them in stages. The first year to disclose the most important tax return (politicians, celebrities, top income earners, etc.) and extend the list every year in order to reach total tax transparency in a two to three year span. Not only would this make the system acceptable for South African citizens by seeing their representatives complying first, but it would also allow proof testing of the disclosure platform before it hosts everyone’s information.

This proposal may seem radical. However, in a post-state capture context, it seems that in order to re-establish people’s confidence in our tax system and ultimately rebuild a fragile social contract, this might well be the best way to rebuild trust. The public can’t take any more of these patch-up reforms. On the contrary, such public accountability reform has the potential to completely reshape our democratic culture and the behaviour of our elite. To conclude, I must say that the current crisis of our public finances is not only making this reform necessary, it is also making it urgent. DM

Erwan Malary is researcher at the Alternative Information and Development Centre (AIDC). This is the third in a series of articles unpacking the opaque world of corporate impunity. A two-day seminar starting on 2 October will discuss strategies to combat IFFs and BEPS from South Africa and for the launch of the South African chapter of Stop the Bleeding Campaign in Johannesburg.