The high cost of proving sexual assault in South Africa 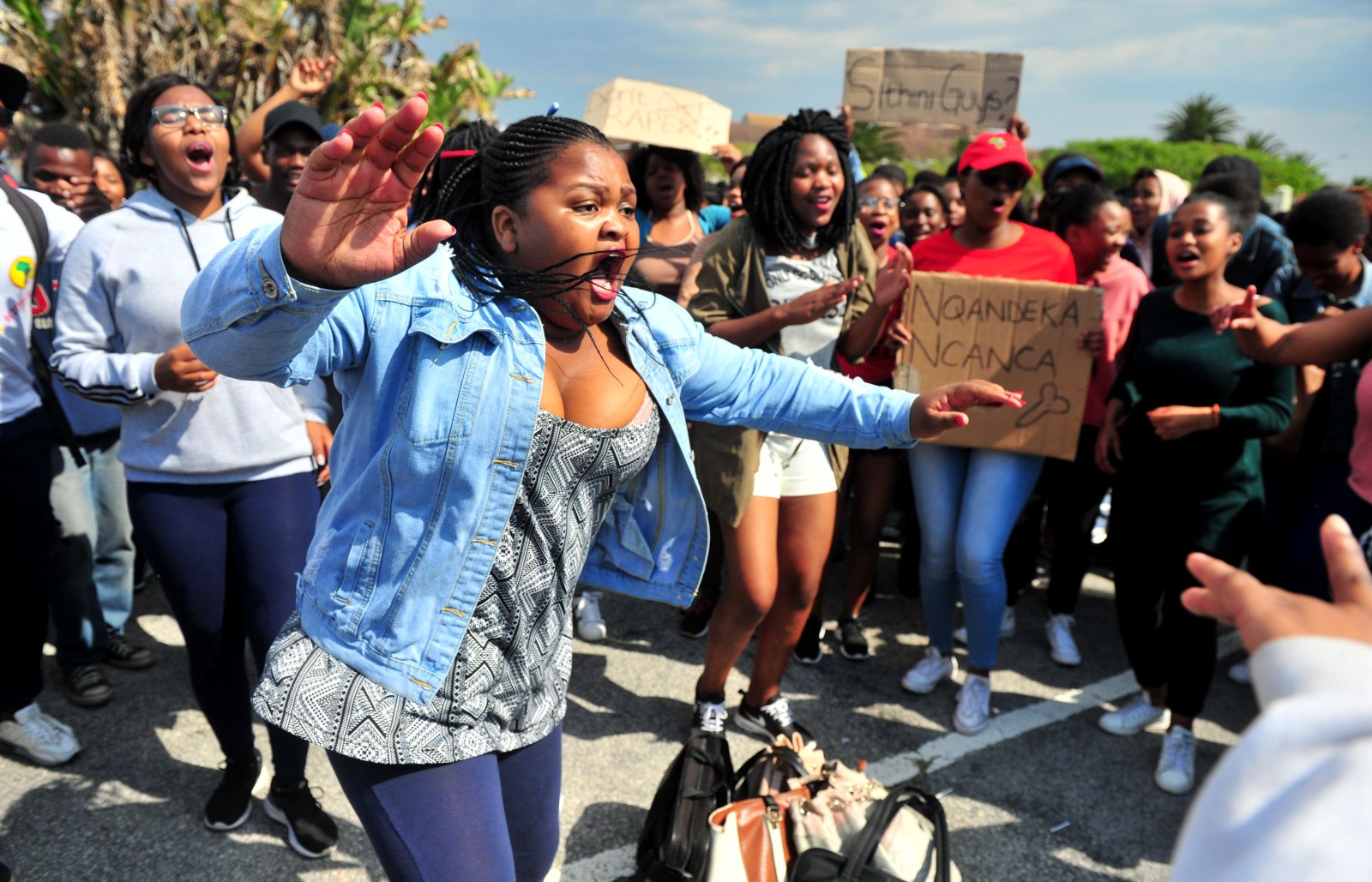 If the recent crime statistics have anything to say, it is that beyond the rising prevalence of crime, South African citizens are losing confidence in reporting sexual assault. People do not trust the criminal justice system — especially when the burden of proof lies with a victim to show beyond reasonable doubt that they have been raped.

Last Friday, 21 September 2018, the South African Human Rights Commission, in partnership with the University of Johannesburg, hosted a dialogue on the pervasive nature of cyberbullying and rape culture in institutions of higher learning.

The dialogue intended to highlight the consequences of a society highly reliant on social media to shame victims of sexual abuse as well as the toxic culture within universities that encourages male sexual aggression towards women.

However, the talk took a slight turn in the Q&A session when men asked about the unintended consequences involved in “dragging” a “possibly” innocent man on to Twitter without proof of a sexual assault allegation, nor a fair trial.

For Mandisa Khanyile, a member of the #TotalShutDown national steering committee, the issue is more complex than meets the eye. On the one hand you have women who feel that there is no accountability in the justice system for men who commit assault. On the other, cyberbullying can have dire consequences — which she has experienced personally.

“Black Twitter is both great and horrible at the same time,” said Khanyile.

She recalled an incident where a close friend had been sexually assaulted while pregnant and as a result lost her baby. When her friend tried to speak out about the ordeal, the man would slut shame her and insist she wanted it.

Khanyile took it upon herself to expose this man on social media, which led to a Twitter campaign to find out who he was, where he lived and worked. And because of the “dragging” online, the man was subsequently dismissed from his job. A few weeks later he committed suicide.

This experience has had a traumatic effect on Khanyile, who often feels responsible for the man’s death after exposing him on Twitter.

According to the SAPS crime statistics, over a 10-year period between 2008 and 2018, sexual assaults went down from 69,197 t0 50,108. However, this difference marks only a 27% decrease in the number of cases (actually) reported to the police, and not necessarily a significant change in number of offences.

And for a country considered to be the “rape capital” of the world, the number is frighteningly high, considering the vast number of unreported cases that are not part of the statistics.

And yet mob justice, whether on the streets or on social media, happens when people feel they have no other option but to use mob rule in their pursuit of justice.

In 2016, when the #RUreferencelist came out, a public list exposing 11 alleged rapists and abusers at Rhodes University sparked a nationwide debate about the elusive balance between the rights of the accused versus the rights of the abused.

In frustration, student activists intended to publicly expose institutional attitudes regarding a perceived rape culture within the university and to hold accountable the men seemingly unscathed by the accusations.

This was widely seen a “lynch mob” and a “kangaroo court” for the way the students also violated the male students’ human rights by convicting them without a trial while purporting to be fighting for human dignity.

The unintended consequences can force the accused to be dismissed from their work and ruin their personal relations with their familes and the communities in which they live.

Others feel they are condemned by an unfair public jury and treated as criminals even if they are innocent.

And yet is this treatment justified, even when the accused is guilty? But what options are there for the victims who feel unheard and more than often, not believed? Especially when the burden of proof lies with them to convince others beyond reasonable doubt that they have been raped.

Furthermore, this method, which breaks down dialogue and creates a toxic climate, often forces people to choose sides.

One then wonders what these young women are supposed to do when appeals to the justice system through generations is seen to fall on deaf ears within a pervasive hypermasculine culture of entitlement.

Victims often feel as though they won’t be believed in a society that blames them for being raped — for wearing revealing clothes and other actions they did or did not do.

“We must look at alternative systems of justice for cases that do not meet the burden of evidence,” says Lisa Vetten, senior researcher at Tshwaranang Legal Advocacy Centre.

And although this might risk creating a parallel justice system, Vetten believes restorative justice possesses the potential to be a solution in the intractable deadlock between the rights of the accused and the dignity of the victim.

“It can be an empowering process to the victim when listened to and get to ask the perpetrator ‘why did you do this to me?’,” says Vetten.

Assuming the police have done all that they can do, this can be a useful tool when faced with the limitations of the criminal justice system. However, this does not mean we should not have a conversation about the process of prosecutions and the legal system.

In her 2012 report on police accountability and domestic violence, Vetten notes the effects performance indicators, such as conviction rates, have on the quality of an investigation and court trial. The possible length of a trial could have a significant impact on decisions by prosecutors to take easier cases, where the more difficult cases might be weeded out, the report notes.

“Our problem is not a lack of good laws, but implementation,” says Kubi Rama, Deputy CEO, GenderLinks.

If we start to justify mob justice on social media, continues Rama, we open a door to a level of violence that is not justice. And where will it end?

According to Rama, there is always a possibility that a wrongful accusation appears on the internet without due process, and because of that we should be working on making the system to work better.

Reforming bail conditions is a start, where we should not let suspected rapists out of holding cells when they live in the same neighbourhood as the victim. And we need to train police officers in proper evidence collection.