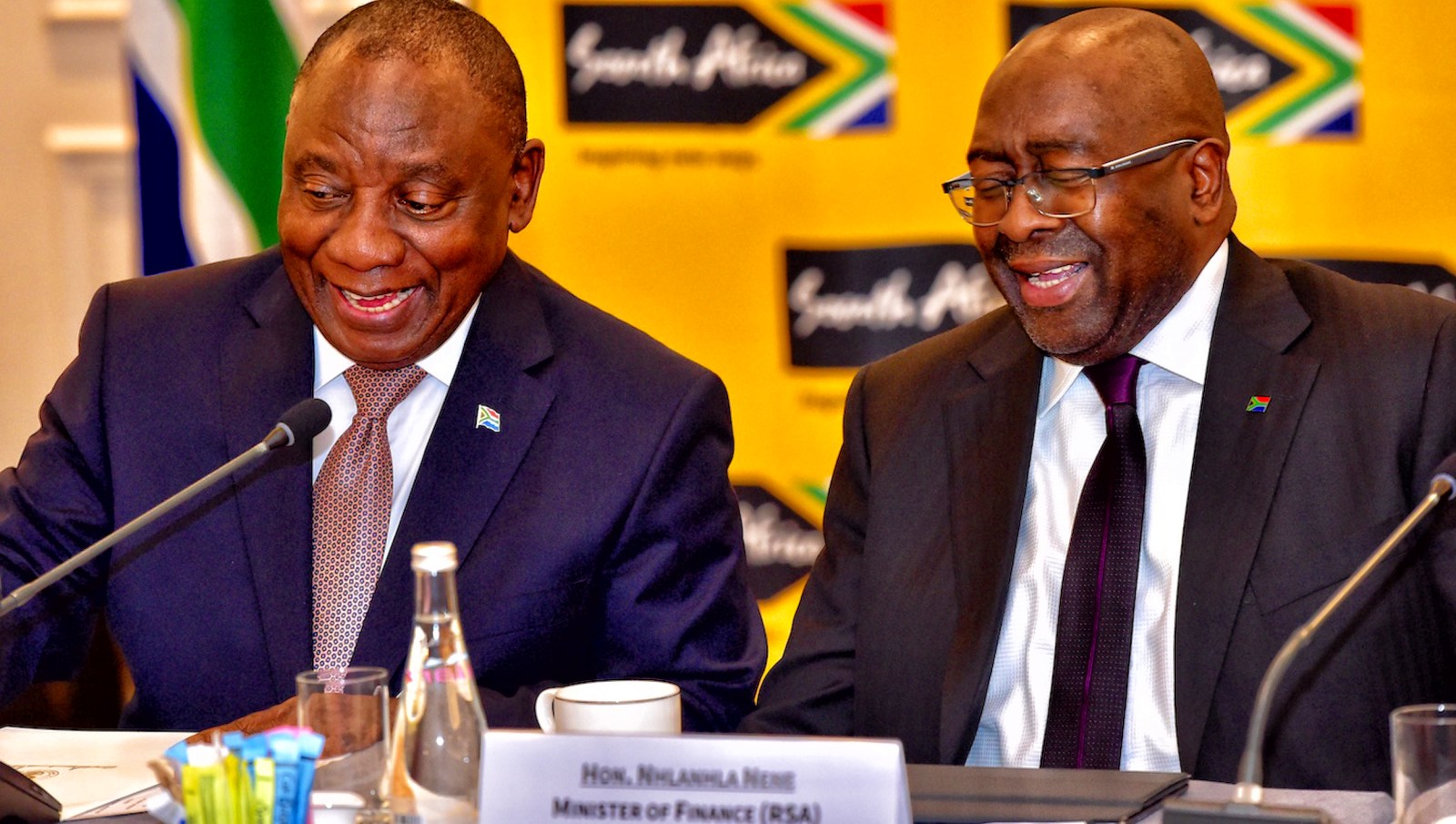 After a recent fallout over Trump’s hostile Tweets over land reform, Ramaphosa disclosed here that he had had a pleasant exchange with Trump over lunch at the UN this week.

“I was seated at the same table with President Trump over lunch and we exchanged pleasantries,” he told journalists on Wednesday night in a briefing at the end of his exhausting trip selling South Africa to the US.

“There was no animosity, there was no negativity. We spoke about common South Africans that we both know. That went on very well. I did not sense a negativity that could in the end lead to frosty relations between the two countries.”

The South Africans they know in common were golfers Gary Player and Ernie Els, Ramaphosa said, adding that Trump had played golf with Player recently. The SA president said he had spoken to Player shortly before his trip to the US because Player is close to Trump, a keen golfer.

“He loves his golf,” he said about Trump. “He asked me if I play golf and I said yes, I do play. But he plays much better than me,” Ramaphosa said, laughing.

Though he didn’t elaborate on his full golf strategy, Ramaphosa acknowledged that the idea of golf diplomacy to reach Trump was first suggested by Business Day editor-in-chief Peter Bruce in a recent column in the Sunday Times.

Ramaphosa was asked if he was concerned that the US might cut off aid to South Africa after Trump told the UN General Assembly this week that he intended to stop foreign assistance to countries which did not support US interests and were not America’s friends.

The US gives SA about R6.8-billion in aid a year, mostly devoted to helping this country fight HIV/AIDS.

Ramaphosa suggested that South Africa could avoid losing US aid. He said that when Trump was elected, “we became a little concerned about the cutting back of aid, particularly towards our HIV/AIDS programme. That did not happen. We were very pleased with that.

“And then there was concern we would be kicked out of AGOA. (The African Growth and Opportunity Act which gives SA duty free access to the US market for most of its exports.)

“That has not happened. And so we were pleased with that. I think in the end there is appreciation of our positioning as a country. When it comes to AGOA for instance, we do benefit as an economy and as a country. But so does America.

“As we export agricultural goods as well as automobiles, cars, they also on the receiving end benefit, in terms of the job creation component that goes with that. And so in some cases there’s mutual benefit.

“Obviously we would like our associations and engagements to continue. Our ministry of international relations and co-operation is in close contact with them.

“When issues come up we are able to be in immediate touch with them and to discuss those matters. We are a proactive government. We want to promote the interests of our people and of our country. And the United States is a big player, also in our economy.

Ramaphosa denied that his government was having second thoughts about implementing a decision by the ANC at its conference in December to downgrade the SA embassy in Israel.

“No, the ANC conference took a clear decision on this issue. And as the ANC we are determined that we are going to implement that resolution.”

But he added that “one should never count some of these things in terms of days and weeks and hours. We are obviously going through various processes ourselves and we are getting ready to have that decision implemented. So that one should not be concerned about that,” he said, adding that his government remained concerned about the plight of the Palestinians under Israeli occupation which was why he had mentioned that in his speech to the UN General Assembly this week.

Ramaphosa had explained his government’s position on land reform again and again throughout his few days in New York. It was the main question on the minds of investors.

At the briefing on Wednesday night he said all his audiences had accepted his explanations.

“I’ve found all the audiences fully understand the rationale. They understood where we are coming from. And they fully also understood the process we are involved in and were quite satisfied that we are going to handle this matter in terms of our Constitution, in terms of the rule of law and that we are not going to allow a situation where there is a land grab and where we descend into mayhem.

“And they also understood the economic rationale behind having to deal with the land issue. They were very appreciative of the fact that, and were in fact appalled that land which is such an important resource was appropriated by a minority. And was hogged by this minority for years and years without the majority having access to it for economic use.

“And when we explained this is a key and very important economic resource that should be made available as clearly set out in the Freedom Charter that the land shall be shared among all those who work it, they fully understood that this was a huge historic injustice that was perpetrated and visited upon the majority of our people.

“In an inclusive way, in a way where all of us become owners of the outcome we will have come up with. So in my mind I’m satisfied that the American public understand, as we have explained to them precisely where we are coming from on the land question.”

Ramaphosa also revealed that Minister of International Relations and Co-operation, Lindiwe Sisulu, would soon hold a conference with all of South Africa’s ambassadors to impress upon them that they now had to focus on the economy and not just on politics.

They would have to become economic ambassadors to champion the country to investors.

Though he was clearly satisfied with his achievements during this week, Ramaphosa admitted frankly that he was exhausted, after having just delivered his tenth major speech, to a South Africa investment forum. He said he originally thought it was just about the UN but it turned out to be much more than that, as he addressed scores of business leaders and other opinion formers.

He was to return to South Africa on Thursday. DM