Grant payments: Sassa and the Post Office are fit for purpose 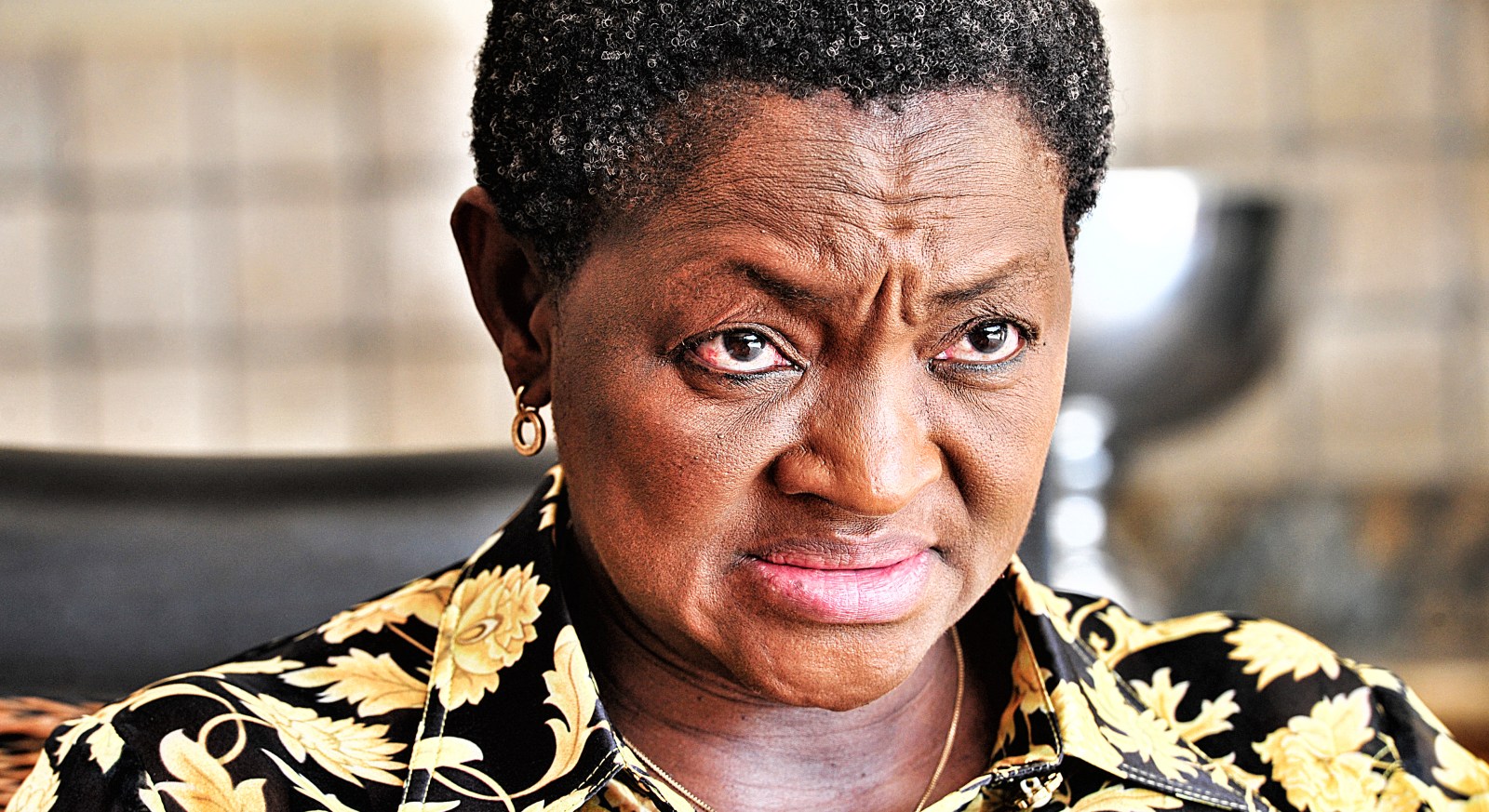 Dave Martin’s article entitled ‘In rural Xhora in the Eastern Cape, reality bites the pockets of the poor’ (Daily Maverick, 14 September 2018) makes a number of inaccurate assertions about Sassa and the Post Office’s cash payments pilot in Xhora that cannot be left uncontested.

In this article, Dave Martin sums up his observations of the Xhora September social grants cash payments by listing five points that he frames as problems. I will come to these later because first to be dispensed with is the core of this article, which is nothing but a veiled attempt to dismiss Sassa and the South African Post Office’s readiness to take full transfer of social grants payments when the illegal Cash Payment System (CPS) contract expires on 30 September.

About the period of the referred Xhora cash pilot, the Post Office had already paid more than 97% of the 5.4 million social grant recipients during the September payment run. These payments were carried out both in urban and rural areas throughout the country. A total of 76% of these grant payments were finalised in the first week of September without any major incident.

In all truthfulness, the Post Office and Sassa September social grant payments were pleasantly successful. We were enthused by the displays of the social grant recipients in exploring the various channels of accessing their money. We witnessed an increase of almost double the over-the-counter withdrawals inside the Post Office compared with July. Merchant till as well as ATM withdrawals surged to millions and there was an almost equal split between these two channels.

Therefore, it is off the mark for observers such as Martin to abstract theories of Sassa and the Post Office’s lack of readiness to effectively take over all social grants payments by simply applying CPS’s past cash pay point practices as a framework. At no stage did the Post Office espouse the replication of CPS’s methods of social grants payments. The Post Office’s payments proposition is, in fact, hinged on a value-added Sassa card that enjoys full National Payment System participation inclusive of all Post Office retail branches which were not part of the CPS payment model. The benefit of this option to beneficiaries is significant as they can now withdraw their grants free of any deductions at any point in time. They don’t have to wait for a cash vehicle to arrive at a specific time of the month which then disappears until the next month. The Post Office branch will be there every day of the month.

The paying out of cash at pay points is a recently added function intended to cater for areas not covered by our vast retail network or the National Payment System infrastructure, such as Xhora.

Sassa took the decision that the Post Office should carry out this function some time in July, hence the August payment run pilots. Alongside the decision allowing the Post Office to carry out cash payments, Sassa also determined the need to rationalise the range of its cash pay points operated under the auspices of the CPS, taking into account the significant costs and risks such as cash heists and robberies associated with cash payments. In September alone, the Post Office serviced in excess of 1,500 of the retained cash pay points, including Xhora, paying a total of more than 400,000 beneficiaries successfully.

Besides, Sassa has gone on the record about its long-term desire to migrate to a cashless environment. This is the correct lens within which the Xhora pilot payments should be seen.

On now to the specifics of the article’s listed “problems”:

In his first cheerleader-like observation, Martin enthusiastically proclaims that the Post Office and Sassa did not visit all the villages “like CPS did, they have now chosen one central location”.

The payments model is different as it is informed by Sassa’s long-term strategy to reduce cash pay points as much as possible. We paid a total of 1,252 people in 18 cash pay points in these areas of the Eastern Cape from 14 September to 20 September 2018, all within a 10km or less radius. People falling outside this distance were transported in vehicles by Sassa and the Post Office, at our cost, to the nearby pay points or the nearby Elliotdale Post Office. This will be continued in the next payment runs.

Second, he queries “the payment truck” arrival times, applying CPS past practices as a benchmark.

It is a new payments regime operating within a new set of schemes as should be expected. Sassa rationalised that cash pay point pilots undertaken in areas such as Xhora are meant to achieve the levels of patterns enthusiastically referred to, which can only realistically be developed over time and elaborate repeated practice as well as beneficiary education and empowerment programmes that Sassa and the Post Office have embarked on.

And yes Mr Martin, all the people were paid on the day. The cash pay points were serviced in terms of the new routes that the Post Office determined with Sassa. Some were serviced as early as 8am, while others were paid later, depending on when they were due to be paid according to the route plans.

Then there is a claim that social grants recipients were “turned away” by Sassa and the Post Office because they did not have IDs.

I invite Mr Martin to tow along with me to one of the cash pay points in the Eastern Cape in October and I will ask him to try and “turn away”, as he puts it, any of the “people who typically run out of food a day or two before pension day”. I am in the trenches and I know what will happen. I don’t think any of us will come out of that area unscathed. The truth is that the new payments regime provides a mobile quasi-bank model to beneficiaries and an ID is required as a means of identification. We certainly did not turn anyone away and, in fact, we transported people home to collect their ID’s. The documentation required for payments as well as the payments processes, dates, new card features and how to use it are central aspects of our awareness and grants recipients’ empowerment program that is currently under way.

The point that the new Sassa card offers social grants beneficiaries flexibility is pointless to argue. The new social grants payments regime does not lock social grants recipients to any specific day in a month in which they can access their money. The money is in the card from the first day of the payment cycle, and can be taken out at any time at the convenience of the recipient or be kept as savings for an indefinite period.

Last, Mr Martin raises an argument that the reduction of the number of pay points will decimate local informal economies.

Wasn’t this an argument discharged by CPS at some point? Cash pay points are still operational in the Eastern Cape and the beneficiaries along the Xhora route were paid. Enterprising local entrepreneurs were visible at all the sites, including around Post Offices during the payments.

Trials are undertaken to scope areas needing improvement, confirm processes, or even the total re-engineering of assumed models, depending on the designed measures when undertaking them. At times, further trials become necessary and continuous improvement practice and tweaks generate efficiencies. The motive informing Martin’s biased opinions against the Post Office and Sassa must have been very persuasive to lead him to make this blanket pronunciation about our overall state of readiness on the basis of the Xhora trial.

The purpose must have been so strong that it robbed him of the opportunity to triangulate his views by assessing the September payment performances in other provinces, or through the various payment channels.

As for the imagination of the demands of recipients’ behavioural change brought on by the transitioning of CPS’ systems to the Post Office’s, making CPS look “ultra-efficient” — that should be dismissed for its whiff of typical fan-based creative overreach.

I have not attached any responses to the conspiracy theory that something or someone, other than the Post Office itself, is in haste to create “a viable business model” for the organisation for fear of awarding this allegation unwarranted legitimisation. Plot on, Mr Martin. DM